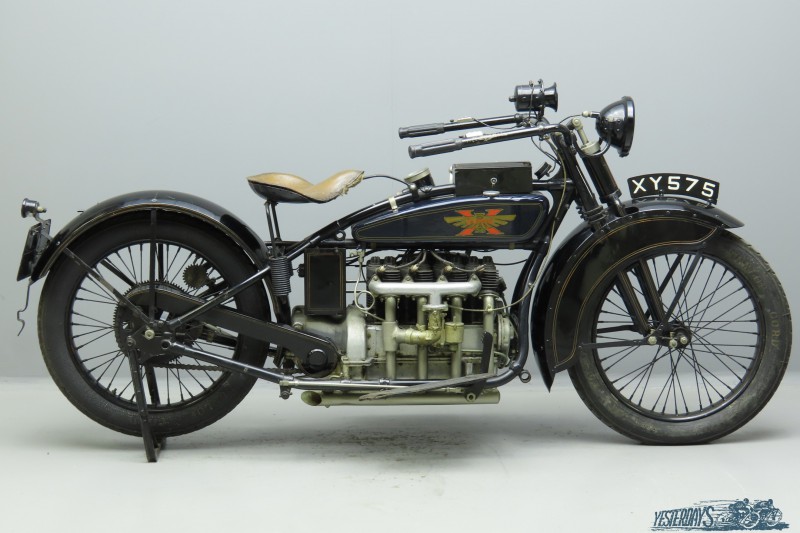 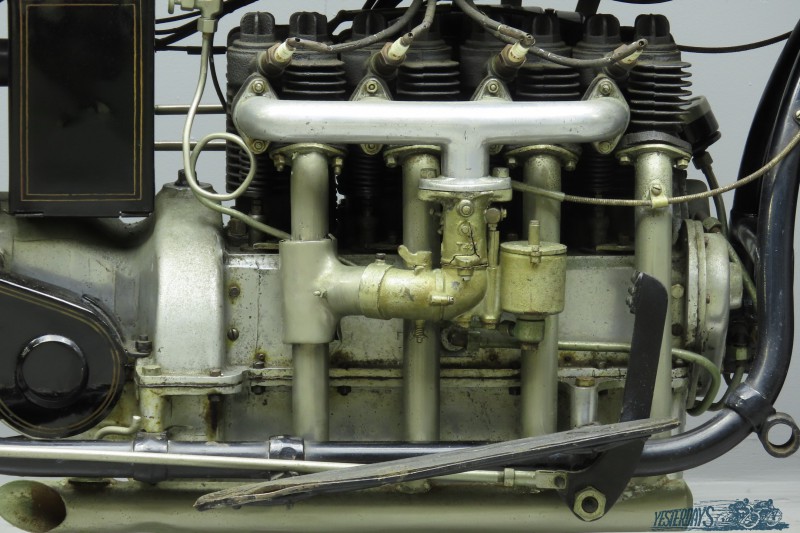 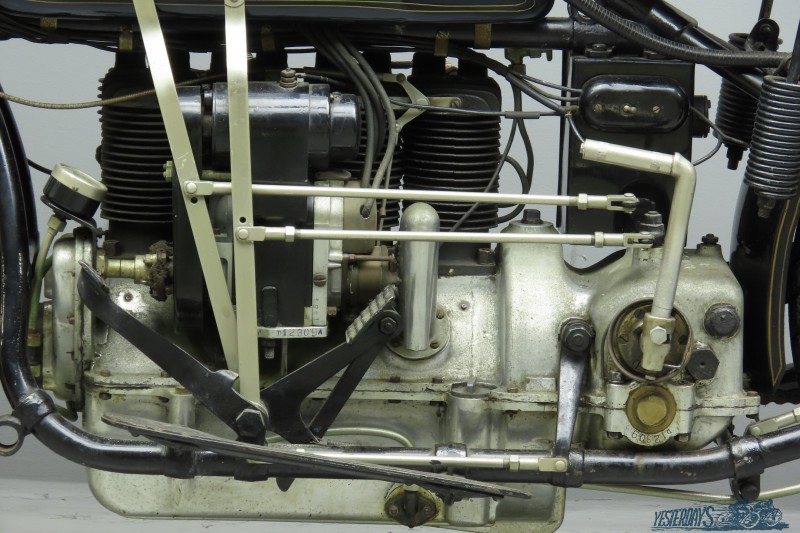 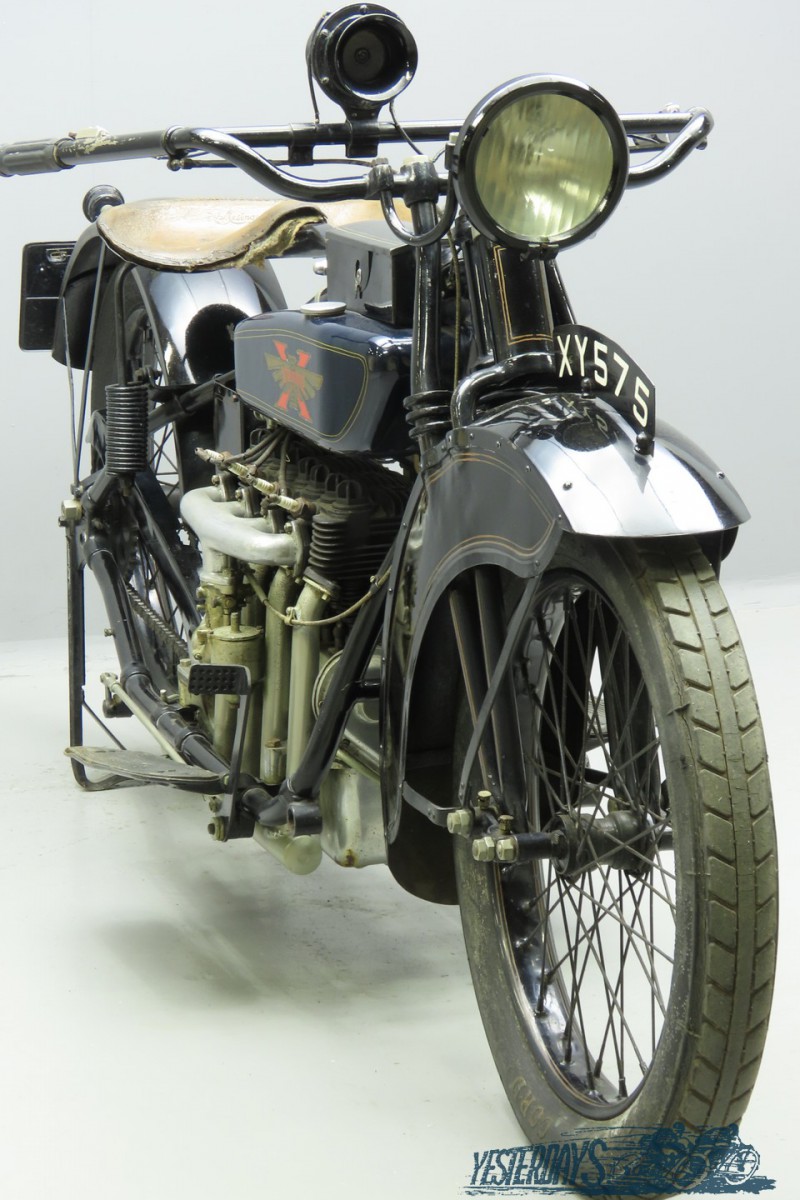 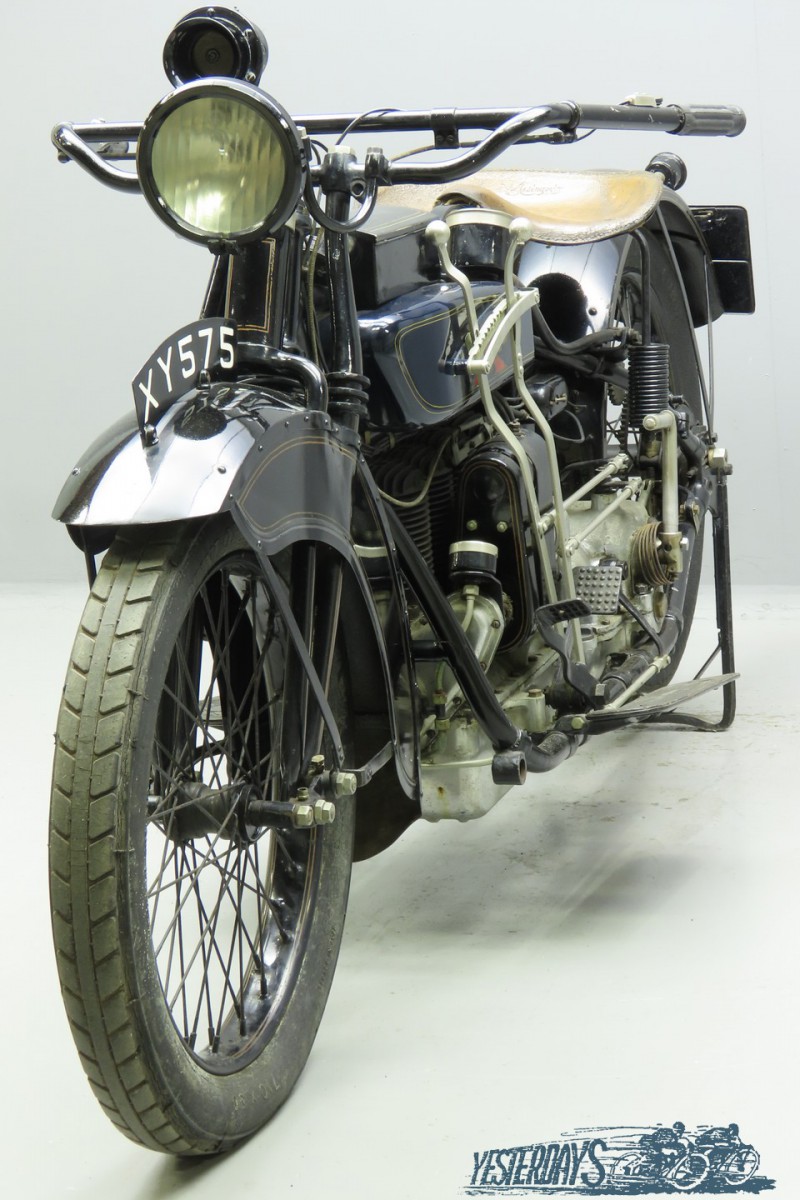 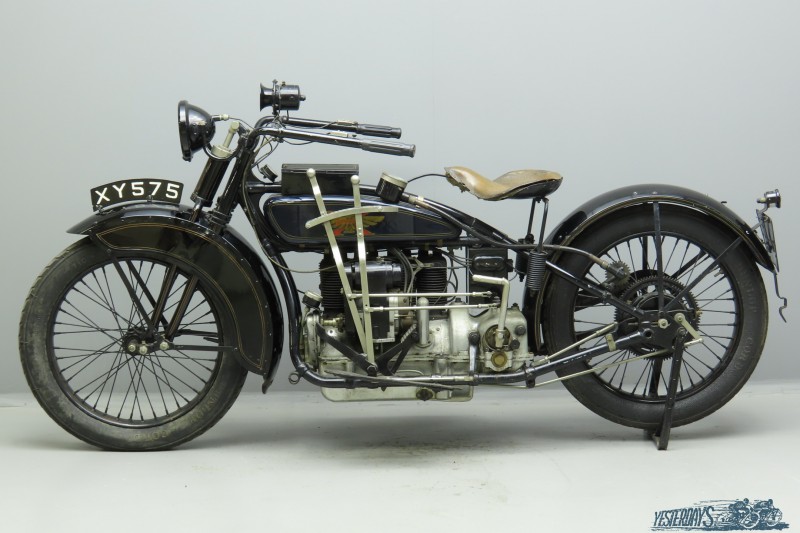 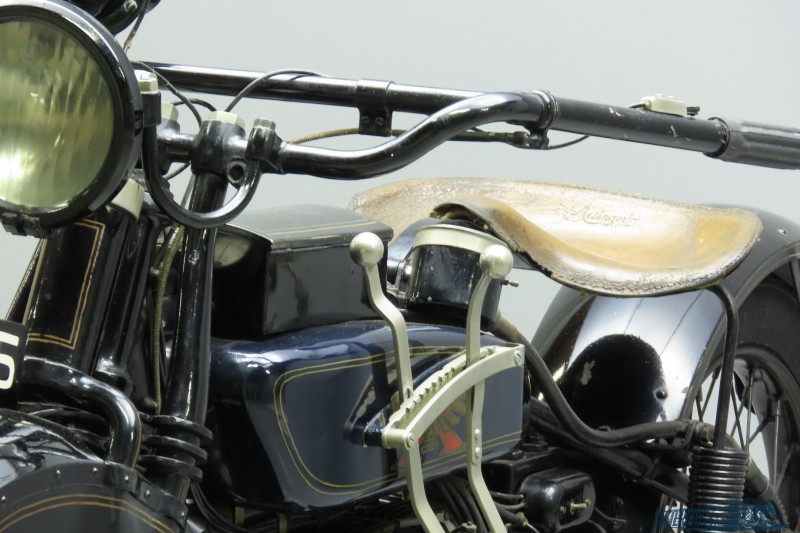 Although the brothers Tom and Will Henderson had made excellent motorcycles from 1911 on, they didn’t manage to get the company financially sound.
In the course of 1917 Ignaz Schwinn, who had already taken over the Excelsior Supply Company in 1912, showed an interest to take over the production of the famous Henderson Four.
Towards the end of the year the deal was struck and all Henderson assets were moved from Detroit to Chicago.
Tom Henderson got a 5-year $10,000 per year contract as general sales manager and Will accepted the offer of $5,000 yearly to act as factory superintendent.
So from 1918 on the Hendersons were made in Chicago and year by year the machines were improved.
The DeLuxe was introduced 1922 and would bring even more fame to the make.
Arthur Lemon designed several basic improvements such as larger intake manifold, larger carburettor and crankshaft and a more efficient rear brake.
The new DeLuxe engine developed 28 HP at 3,400 RPM, giving it a top speed of 80 MPH.
The machine became very popular with police forces because of its speed and reliability.
The DeLuxe was last produced for the 1928 model year, the 1929 model Henderson was announced to the public early in 1929 as the model KJ, dubbed “ the Streamline Henderson” because of the graceful lines of fenders and petrol tank.
Due to the economic depression Henderson motorcycle production ceased in 1931.
New features for 1924 were alloy pistons with three compression rings and one oil ring, new design of cylinder and a new high-lift camshaft.
Other improvements were larger tyres and an increase in petrol tank capacity to four gallons (15 litres).

This well-preserved Henderson comes with a photocopied correspondence file that stretches from 1925 till 2004.
In the spring of 1925 it was bought second-hand as a sidecar outfit from Henderson London concessionaires Melchior, Armstrong & Dessau Ltd. by a Mr F. Firth from Tunbridge Wells.
Apparently Firth used the Henderson with Goulding sidecar till around 1950.
In October 1956 Firth offered the machine to Lord Montague of Beaulieu.
Lord Montague was highly interested to purchase the machine but in a letter dated November 7, 1956 he wrote “We should very much like to have this motorcycle in the Museum but, as capital is strictly limited, the best offer we can make is £25.
As you no doubt know, most exhibits in the Museum are on loan from enthusiasts whose main concern is the preservation of their machines.
We would say that should you sell the Henderson to us, you would have the first option to borrow the machine should you wish to ride it in any event or rally.”
The Henderson was part of the Montague collection till 2004, when it was auctioned and came in the possession of a private collector.
The machine is equipped with reverse gear, electric lighting, electric klaxon, Corbin 0-100mph speedometer, oil pressure gauge and Weston ammeter.