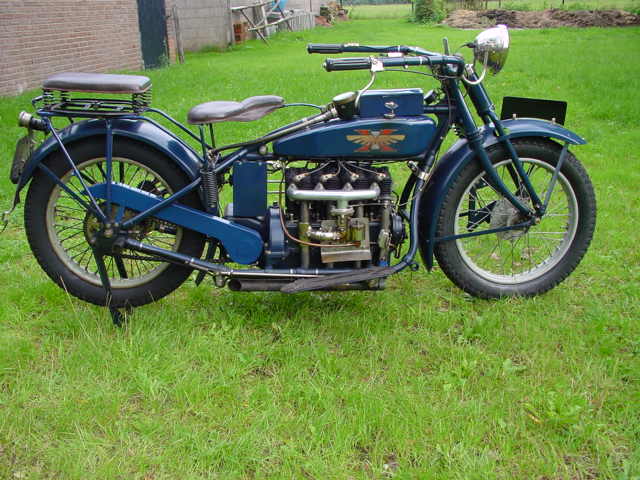 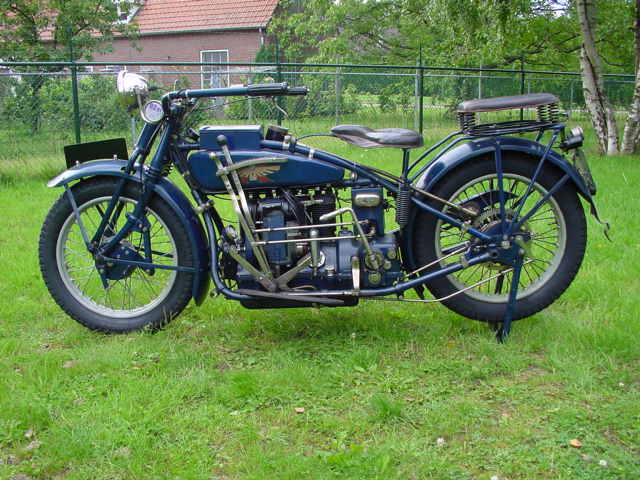 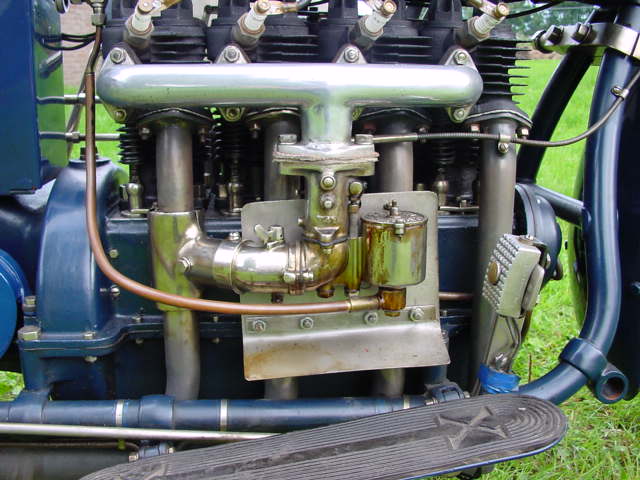 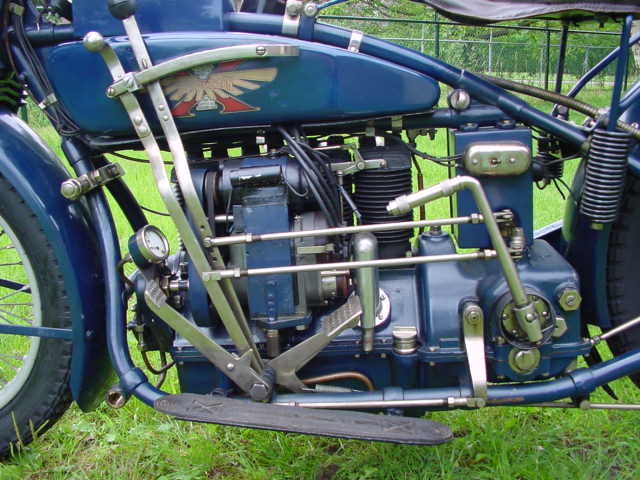 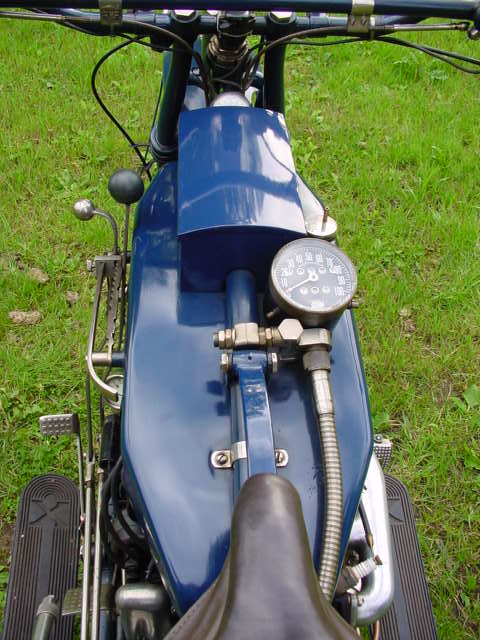 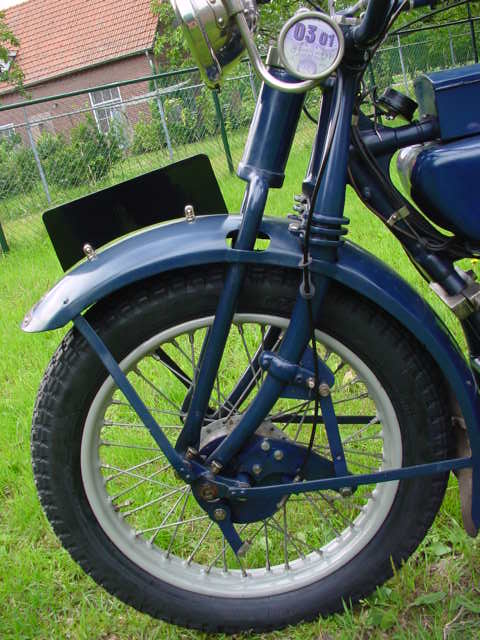 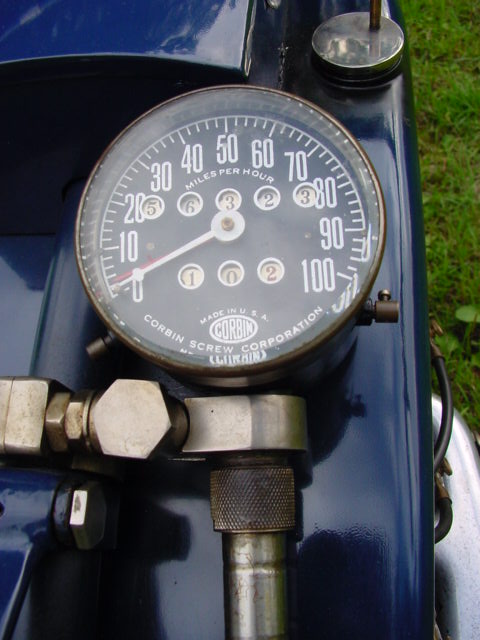 With the phrase "a new one from Detroit" the Henderson factory introduced its first production model in November 1911.
To underline its qualitiesCarl Stevens Clancy made a journey around the world with a Henderson four,covering a distance of 18.000 miles. From the 1912 model on yearlyimprovements were made in the design. which eventually resulted in the 1931 KJ model,putting out 40 BHP and being capable of a 100 miles top speed.
The KJ was extremely flexible; it accellerated from 10 to 100 mph in top gear !
The machine on offer is the 1925 model, capable of 80 mph top speed.
It comes with Corbin speedometer, electric lighting, pillion seat and reverse gear.
This Henderson is in excellent order and has covered many trouble-freemiles.
This 1925 model de Luxe is a true classic with high value potency.