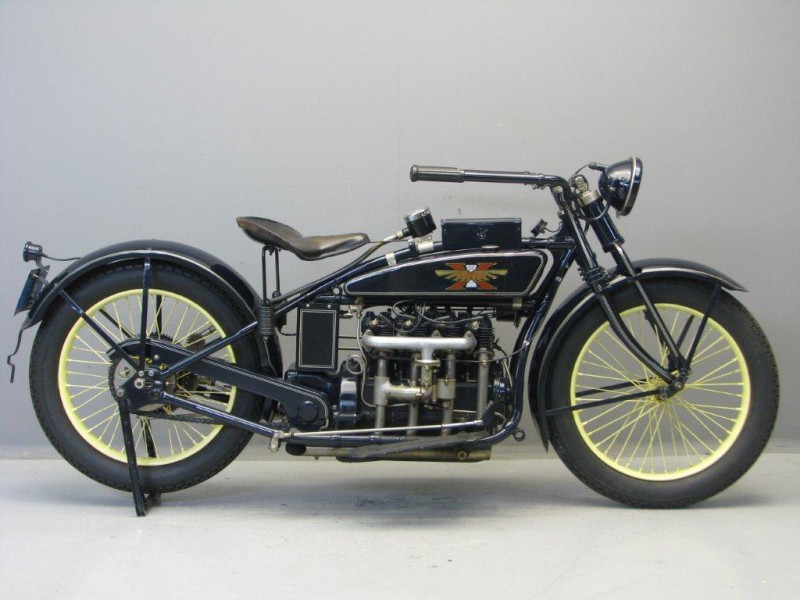 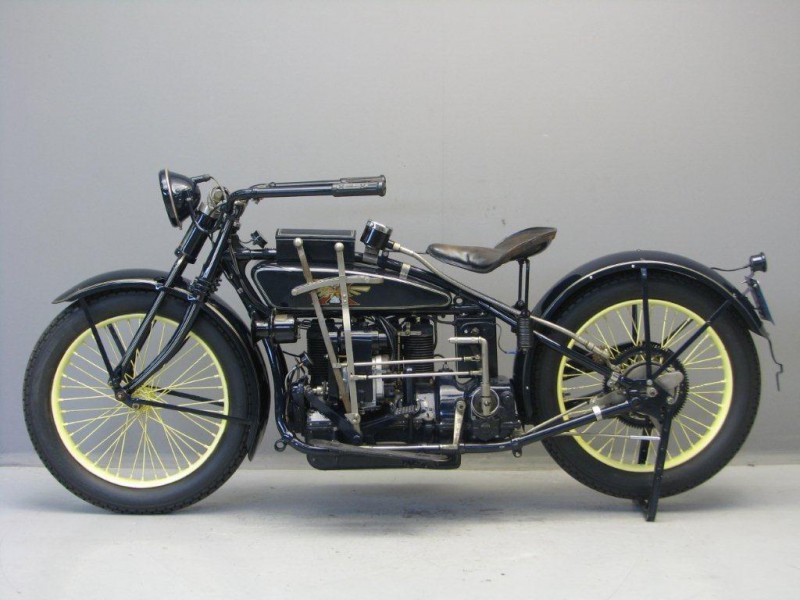 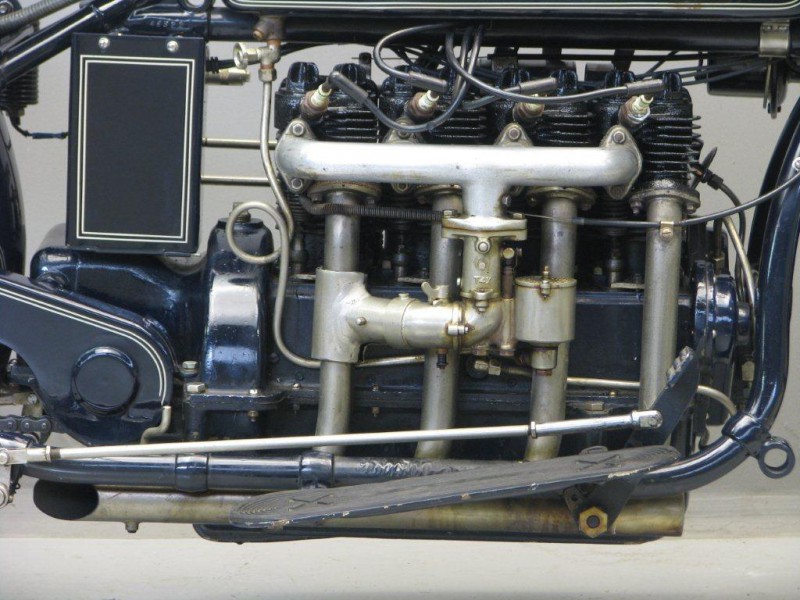 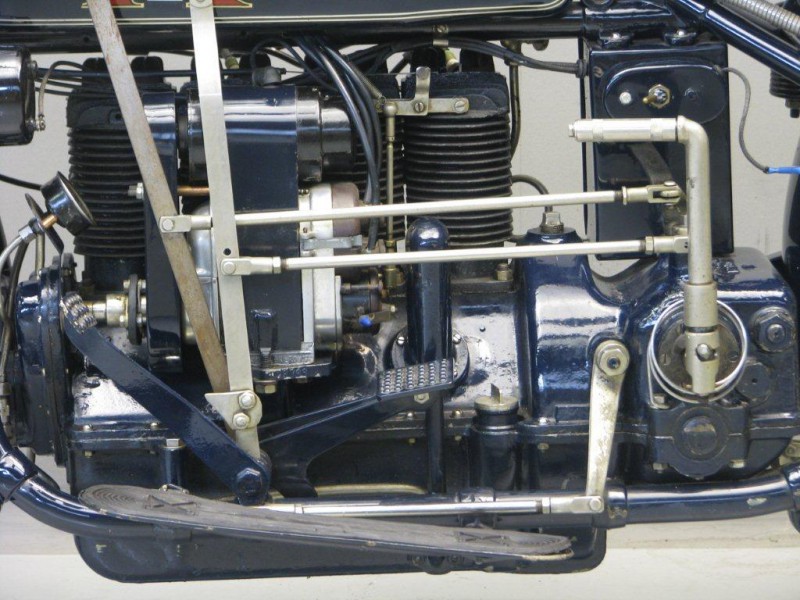 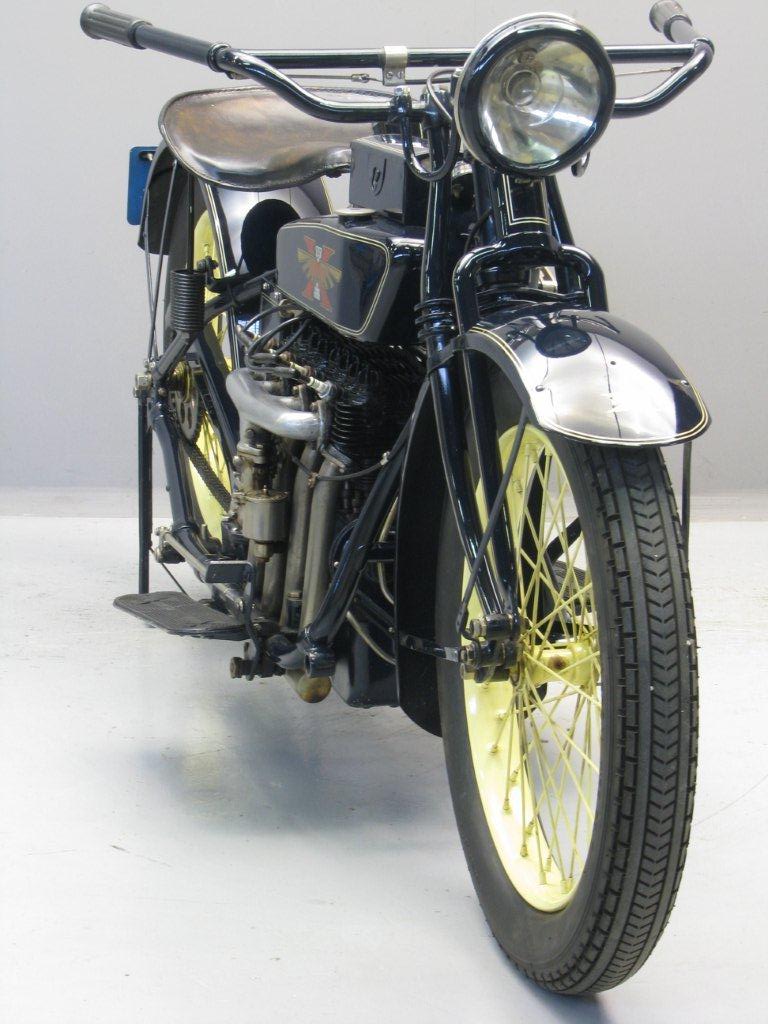 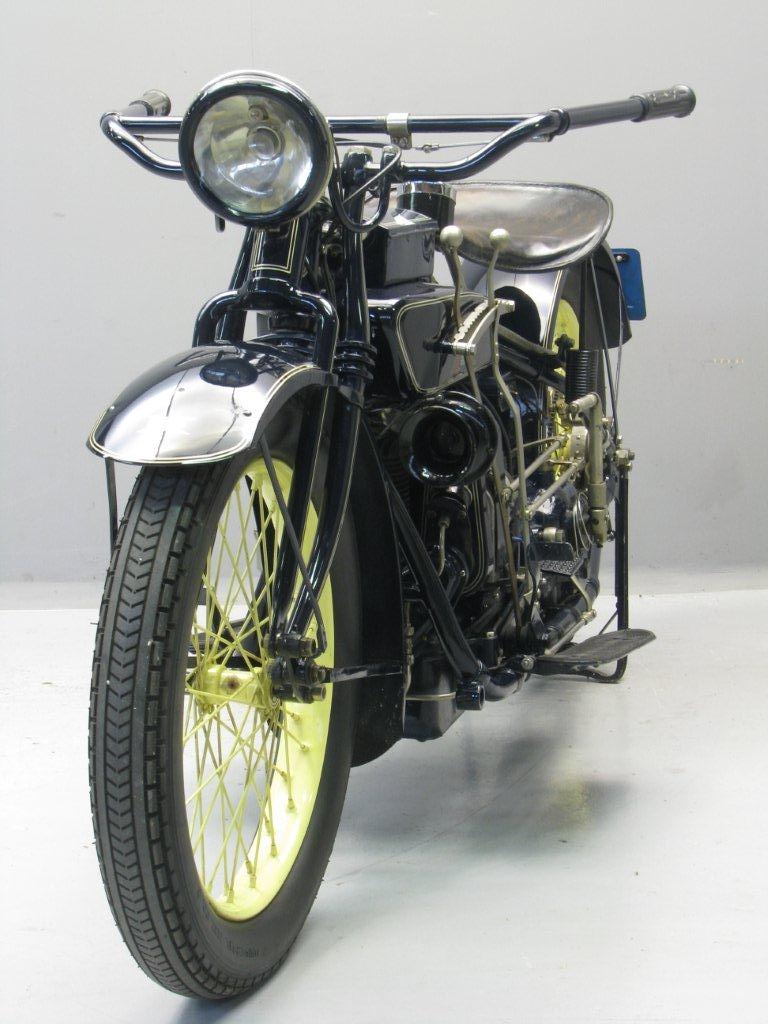 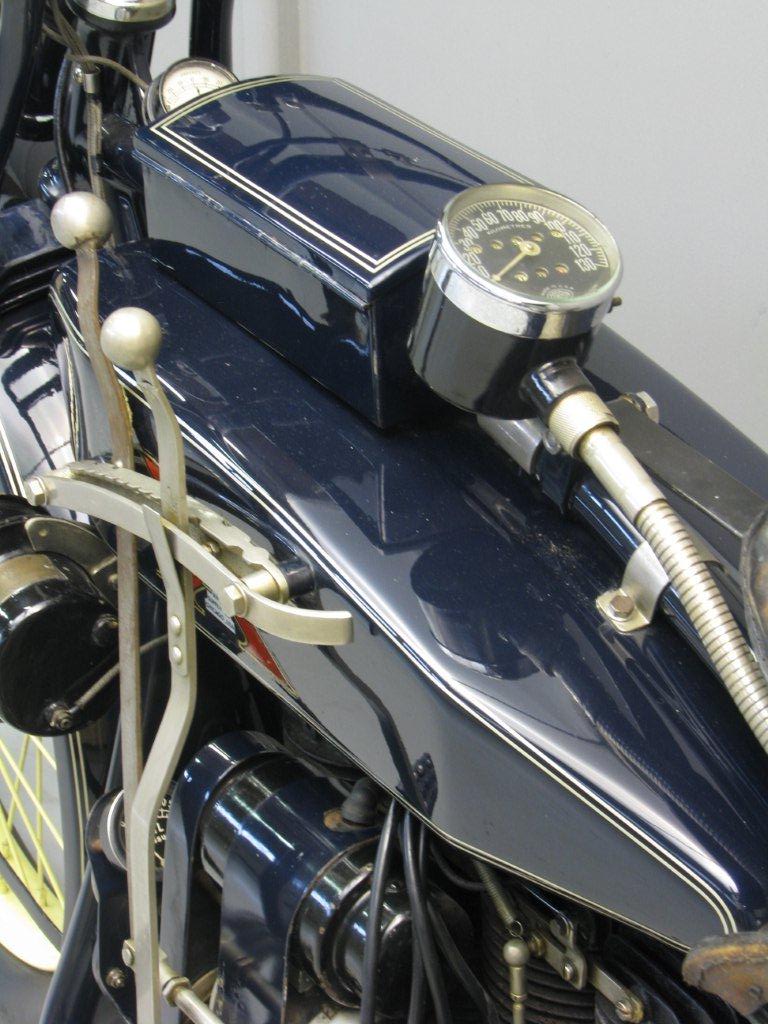 In 1922 the   Henderson  “K”    is superseded   by  the DeLuxe.
Arthur Lemon designs several basic improvements such as larger intake manifold, larger carburetor and crankshaft and a more efficient rear brake.
The new DeLuxe engine develops 28 HP at 3,400 RPM, giving it a top speed of 80 MPH.
The machine becomes very popular with police forces because of its speed and reliability. It also proves its ability in low gear work in establishing the Indianapolis-St. Louis record, covering the 268 miles locked in low gear, with a sidecar and passenger, at an average speed of 23.5 mph non-stop.
This superbike of the twenties – a very early 1927 machine- is an older restoration but still in a very presentable condition ; it comes complete with Corbin speedometer and Dutch registration documents.