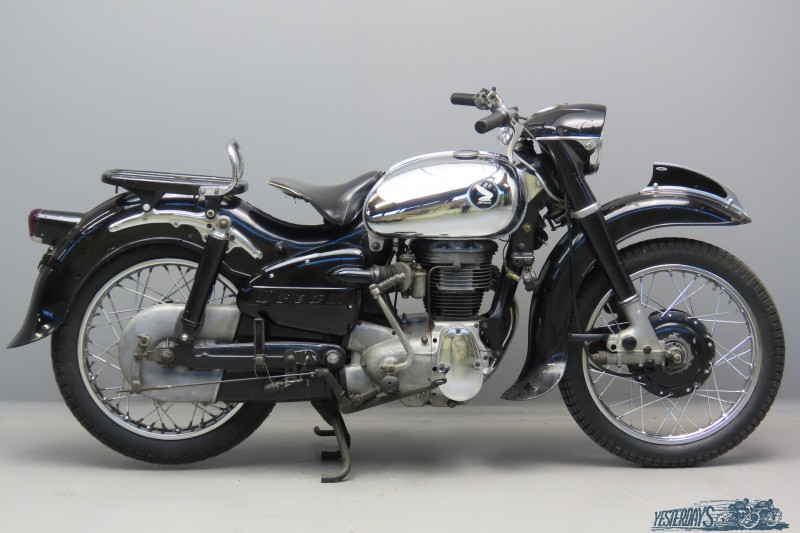 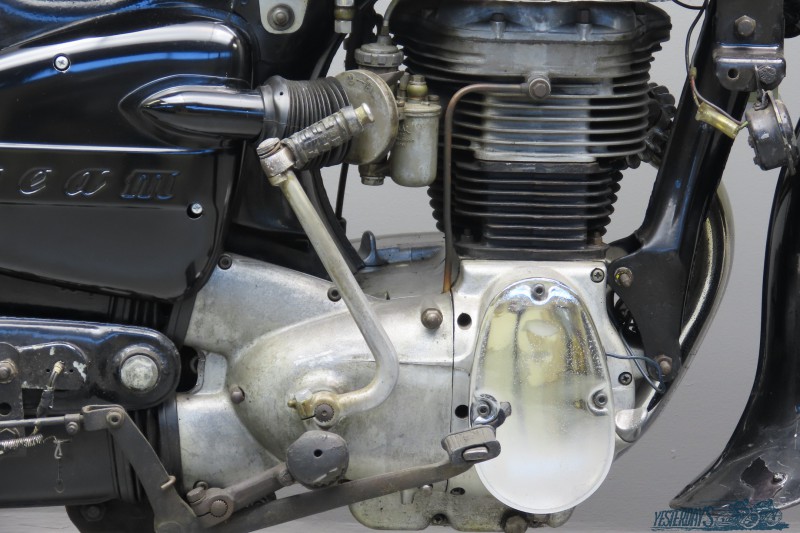 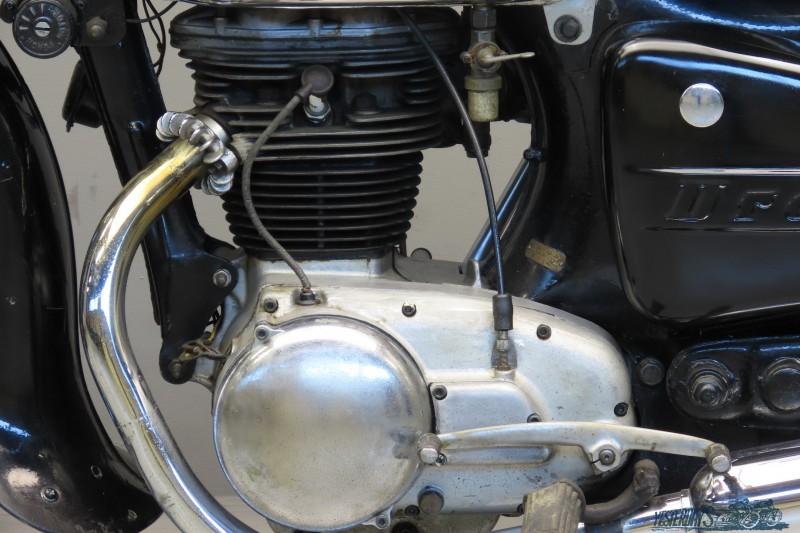 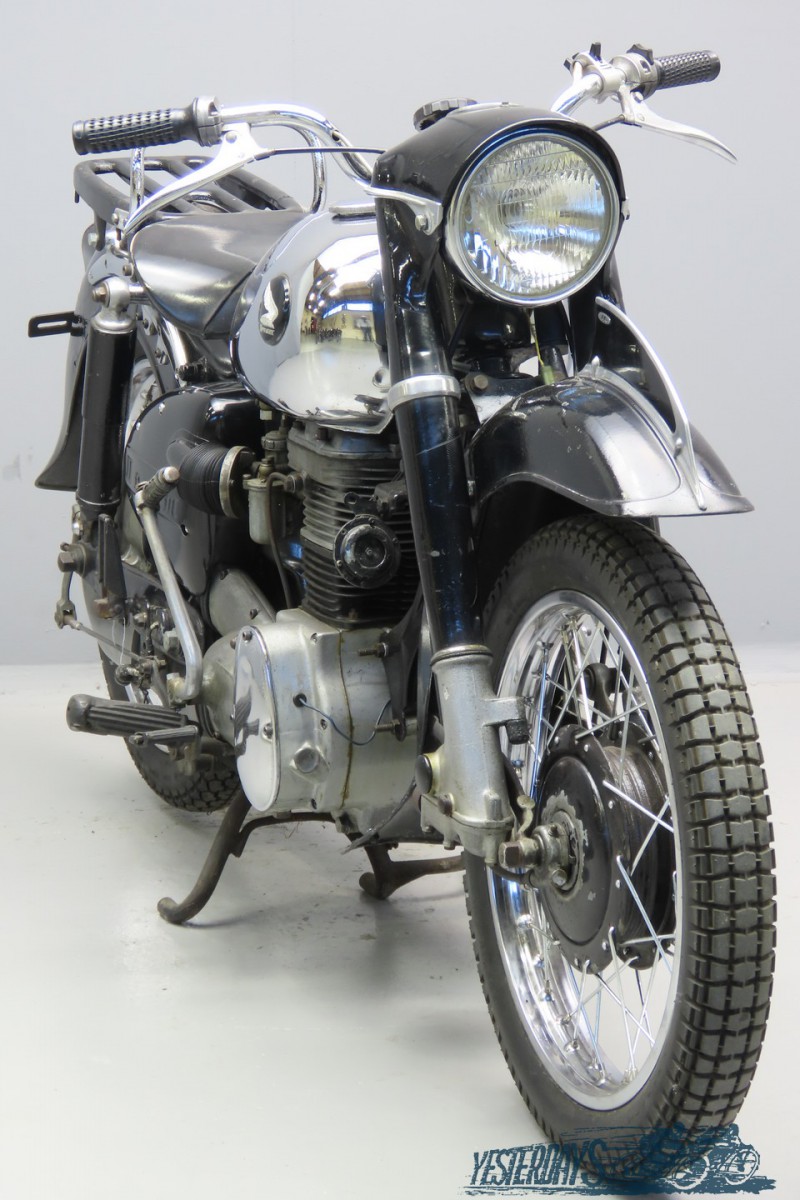 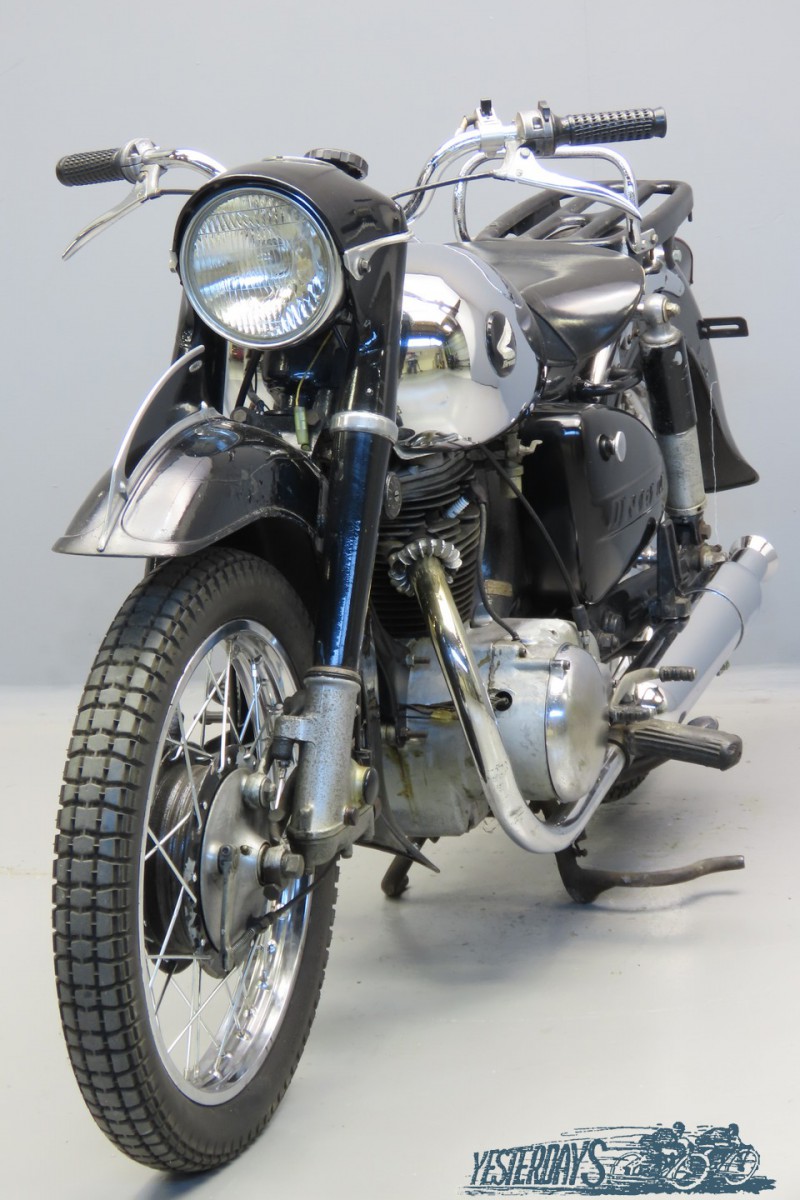 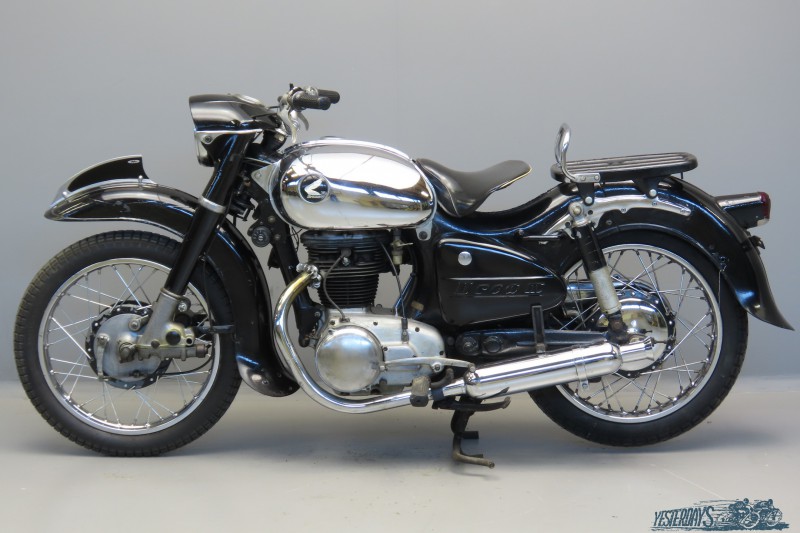 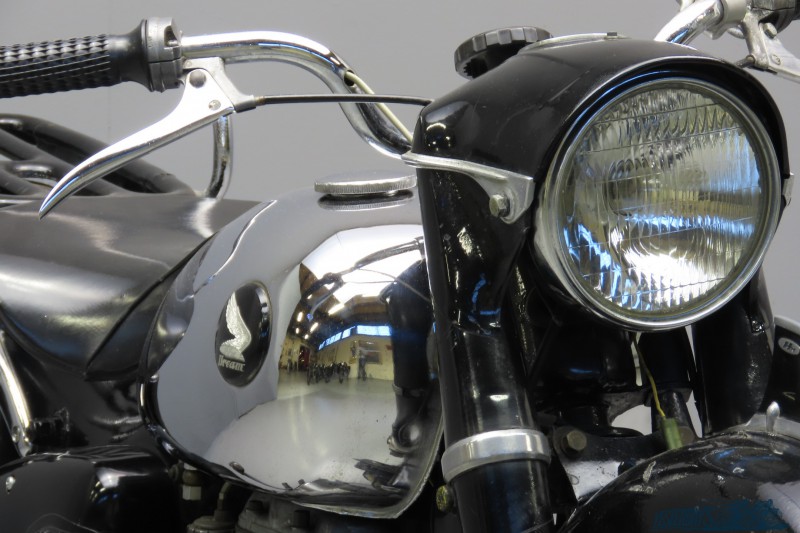 Soichiro Honda will go down in history as the man who truly changed the face of motorcycling forever.
Honda founded his enterprise in 1947, using war-surplus Tohatsu generator motors clipped to bicycles.
After his supply of engines dried up, he designed his own 50cc two-stroke clip-on motor, the first Honda Cub. Sales boomed, but Honda wanted more, and in 1954 he made the unheard-of plan of visiting Europe and learning as much as he could, directly from the best motorcycle factories in the world.
He met with Triumph’s Edward Turner, who was impressed by Honda, but could not see beyond his own legendary ego that the man before him would, within 15 years, come to ruin his home industry!
The ME-series was manufactured just a few years before Honda distribution began in the United States of America, European critiques and magazine editors felt this single cylinder overhead cam 250cc class machine finally put Honda in line with the rest of the world’s motorcycle makers.
The engine has bore x stroke dimensions of 70mm x 64mm and delivers 13hp.
The frame is a pressed-steel backbone with leading link front suspension and swingarm rear suspension.
There’s a four speed gearbox on board and the final drive chain is conveniently enclosed.
This rare single cylinder “Dream” is an older restoration .