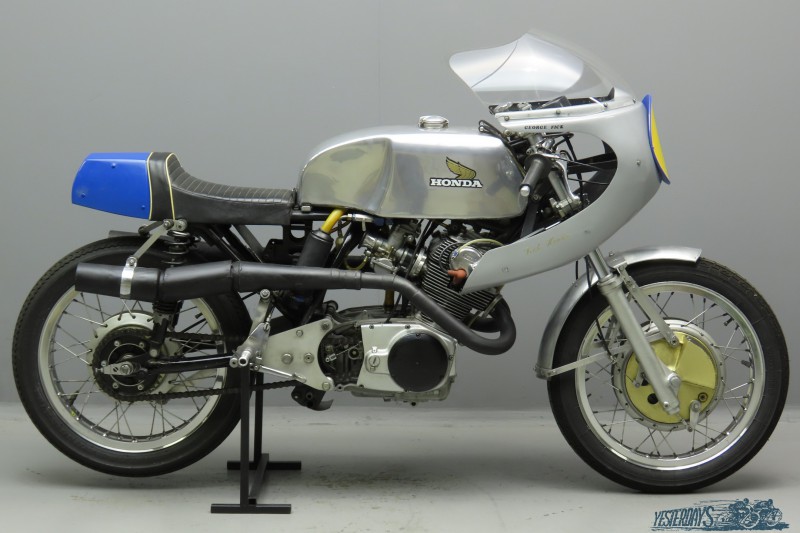 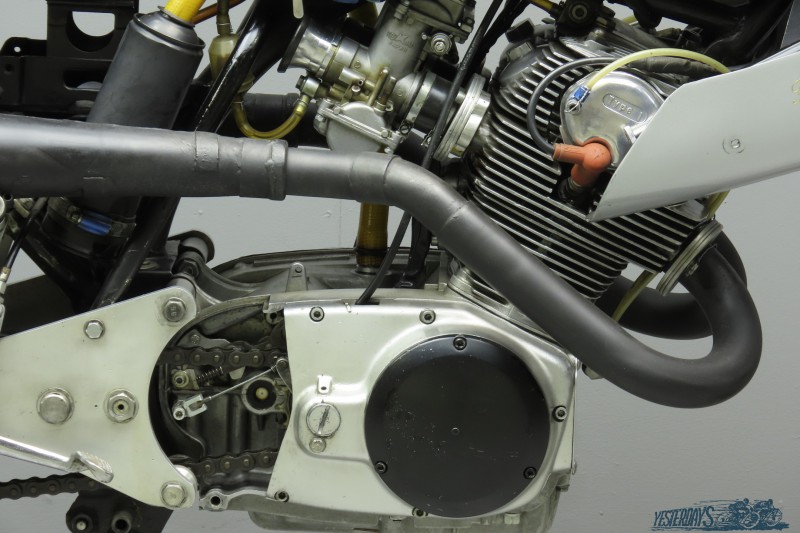 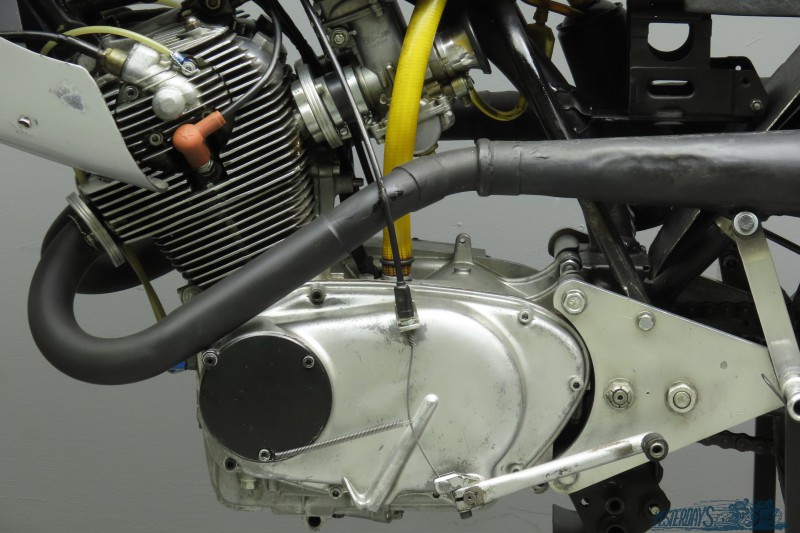 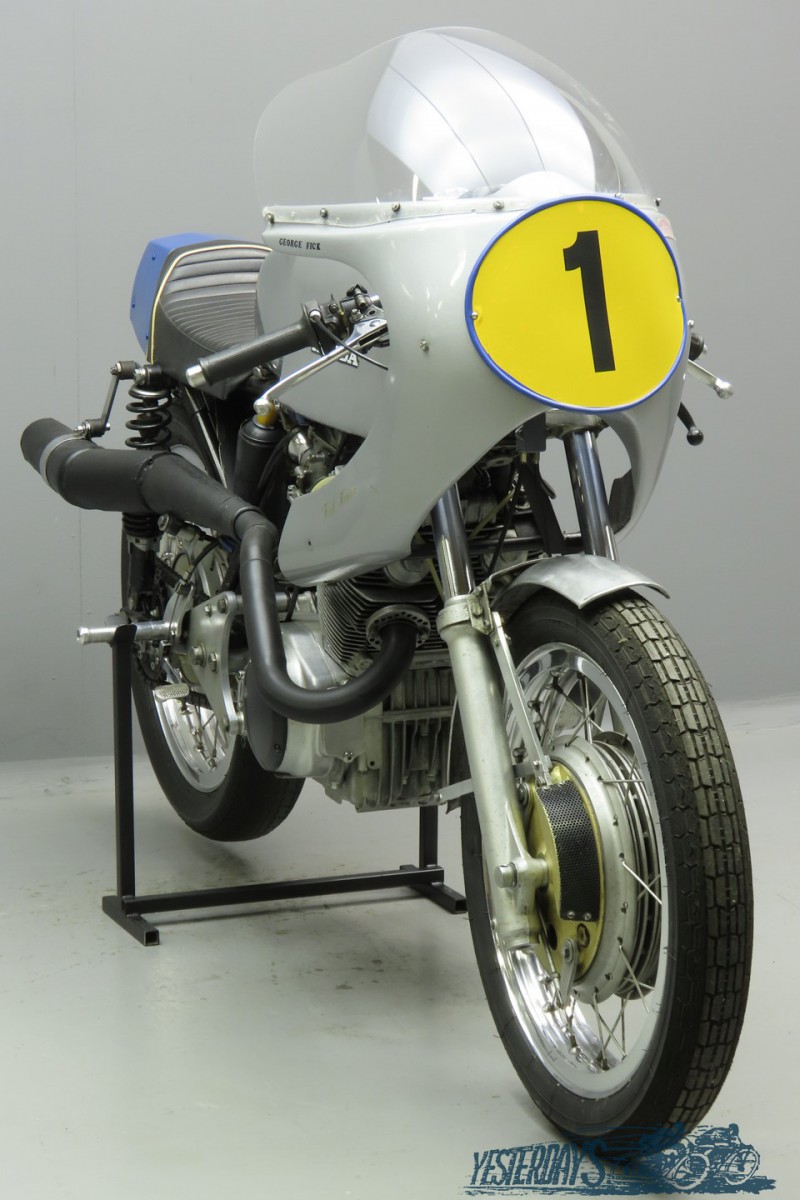 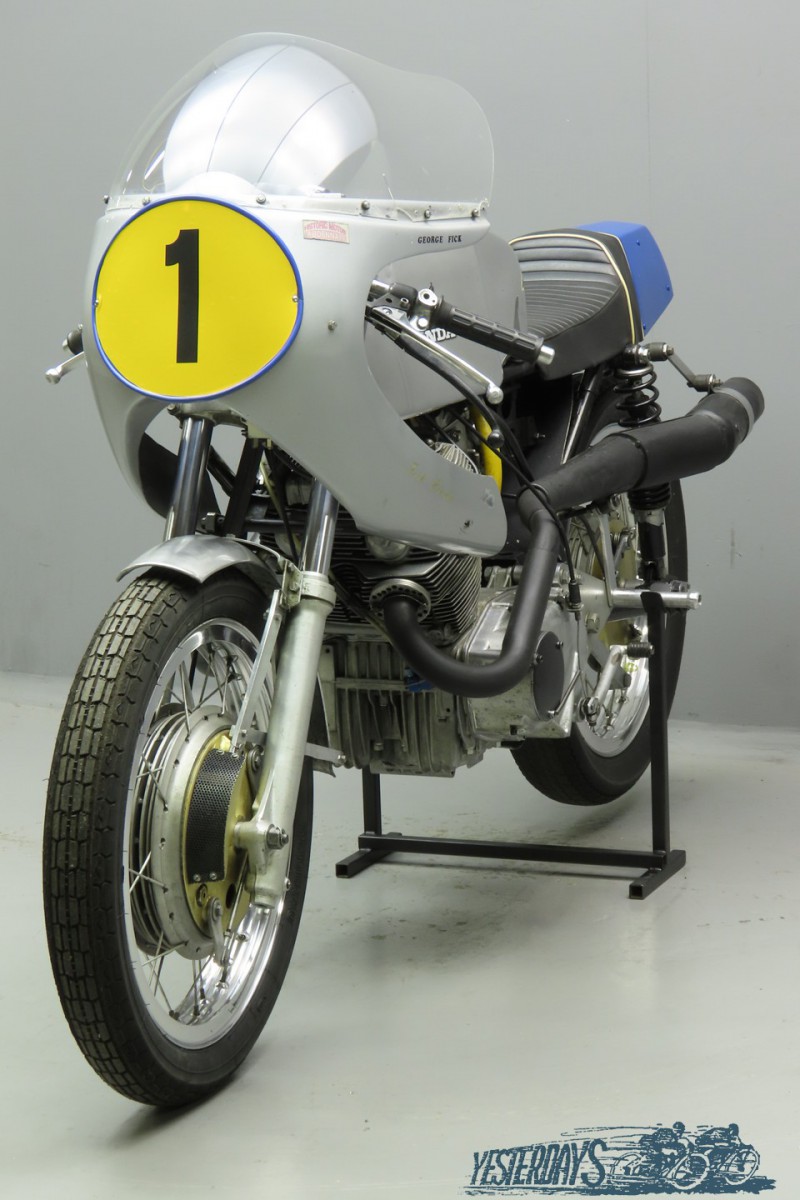 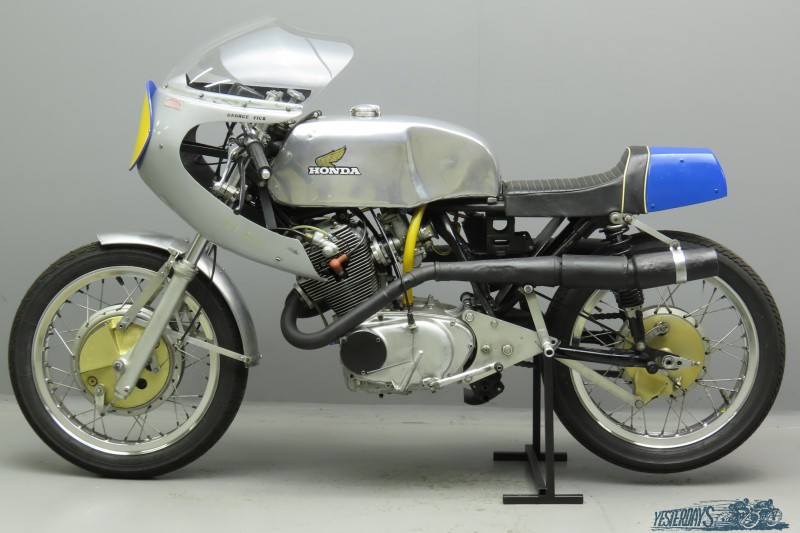 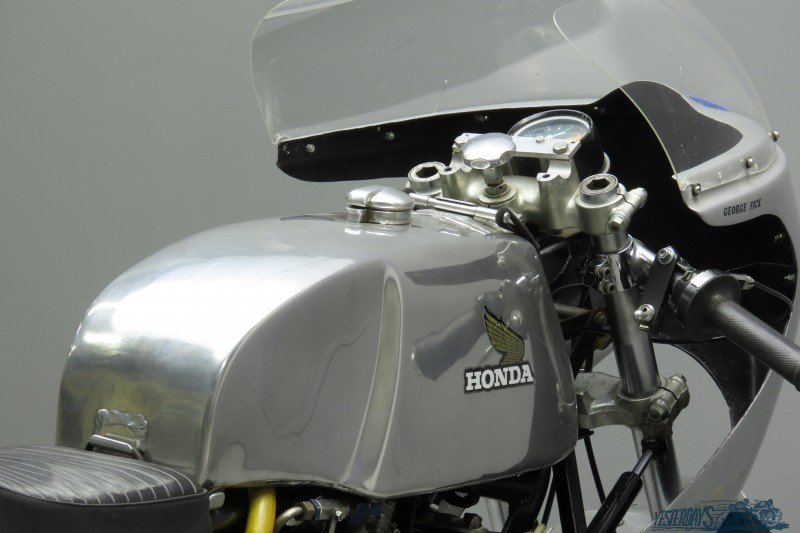 The famous Dutch bitza wizard Cees Fick astounded the Dutch motorcycle scene in the 1960s and 70s with a number of fabulous projects, all completely figured out and built by himself.
For the first one, Cees Fick used an Ariel 1000 Square Four powerplant and installed it in a Norton frame, a combination that is commonly called Noriel.
The second one was more exotic as the engine came from a car: a 1000cc 3 cylinders originally made by Lloyd, and the third one was also an interesting and original blend using a Harley Davidson WLA 45 with transplanted Matchless cylinder heads. Then came the opportunity to buy three Vincent engines and a box of parts that had belonged to the somewhat eccentric Dutch Poet Jan Hanlo, who had died in a crash in 1969.
Hanlo was a big Vincent fan, owning a Black Lightning and a Rapide on which he had his fatal accident.
Fick transformed the bikes and bits in a series of 4 beautiful café racers that sported a number of technical improvements.
The engine of this intriguing classic racer started life as a 250 cc Honda CB 72.
In the early 80s it was converted to a potent 500 cc racer;
Fick brought the cubic capacity of the twin to 500 cc by changing the bore x stroke dimensions to 75,25 x 57,8 mm.
The crankshaft came from a CB 450 and the conrods from a CB 350.
With Goldwing pistons and a Keihin CR 31 carburettor the maximum output is circa 50HP @10,500 RPM.
There’s a close ratio 4-speed gearbox on board and the compression ratio amounts to 10.4:1. Ignition is by Femsa magneto. Stopping power is provided by a magnesium Ceriani up front and by an aluminium Suzuki T500 brake in the rear wheel. Total weight of the machine is 140 kg.
Fick succeeded in making the engine very reliable and his son George won the Dutch Classics Championship on it in 1985 and 1986.
George Fick was also a well-known competitor in the British and Belgian Classic Racing scenes and he was very successful on this CB 77 in the second half of the eighties and early nineties.
This excellently engineered machine comes in first-class shape and is ready to be raced.