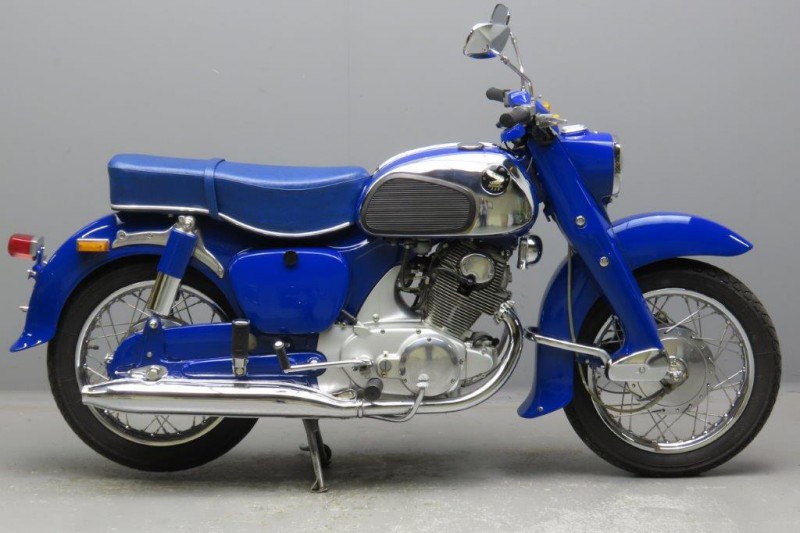 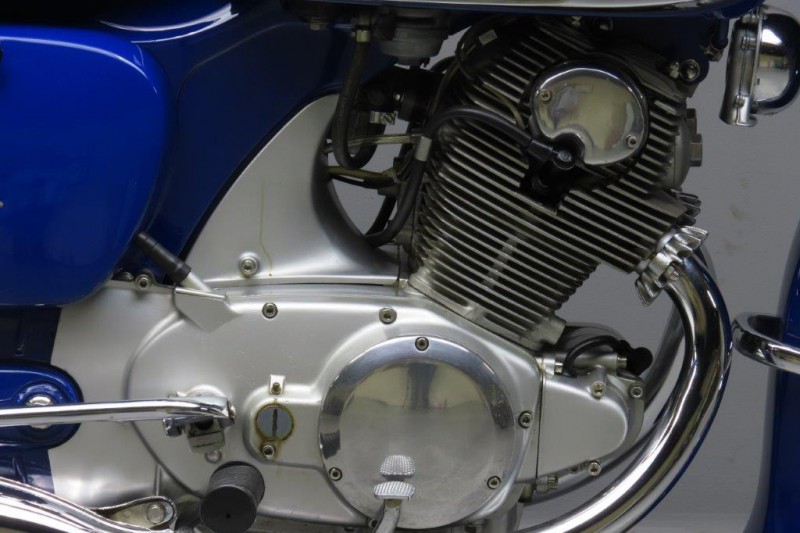 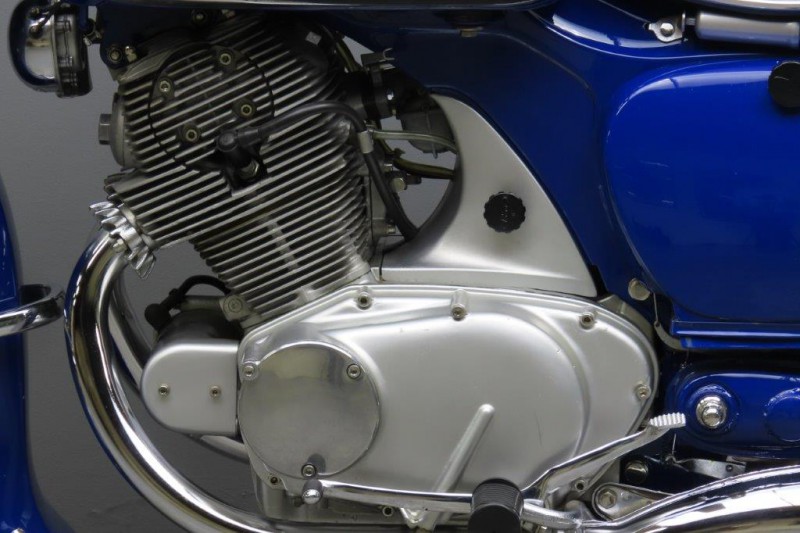 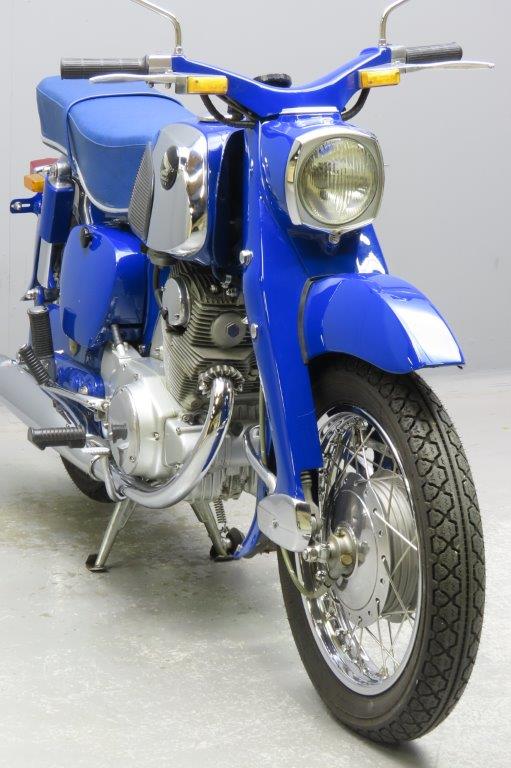 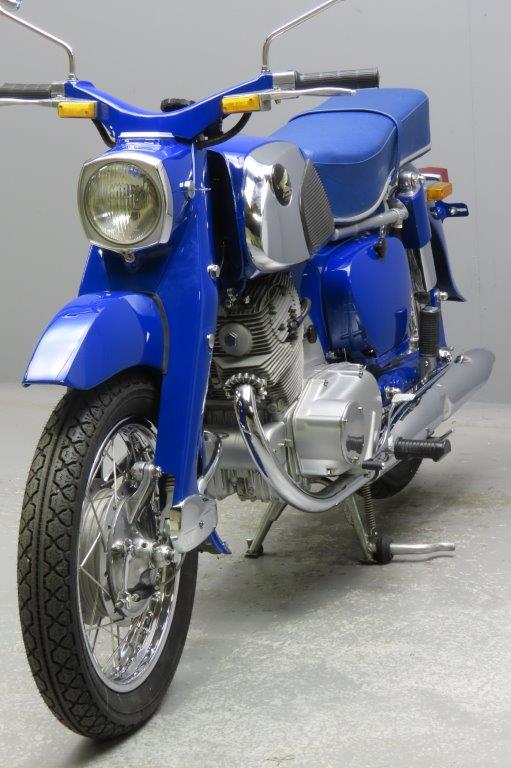 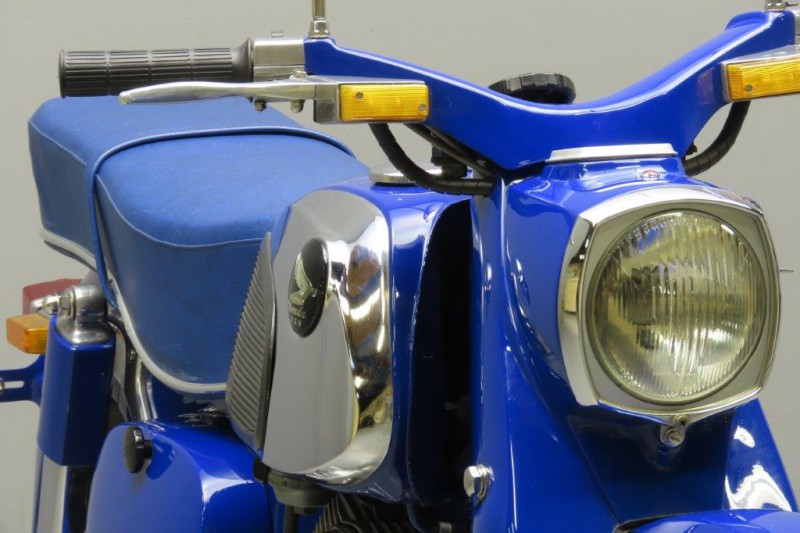 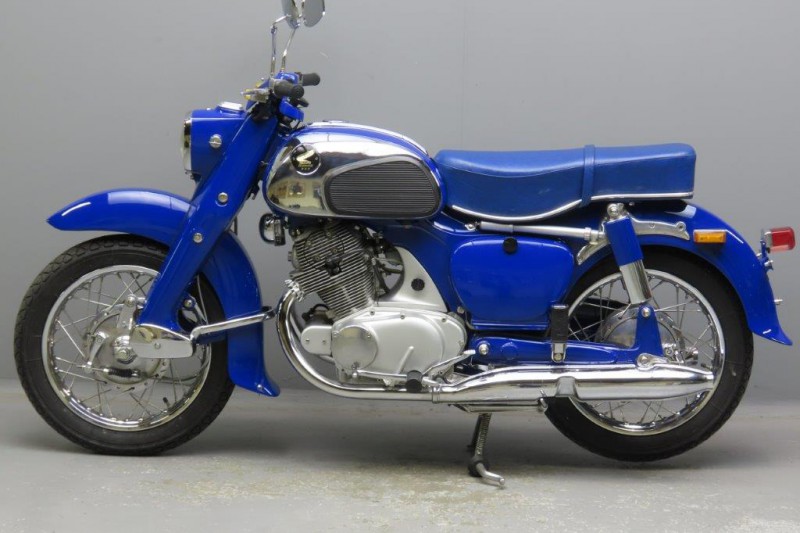 Based on the first Honda twin – the 250cc C70 of 1957 – the C72 tourer arrived in 1960.
The C72’s cycle parts remained much as those of the preceding C70, featuring a pressed-steel frame, forks, swinging arm and rear chain case.
The engine’s basic layout likewise was retained but wet sump lubrication was adopted and the clutch moved from the crankshaft to the gearbox main shaft.
Maximum power increased to 20bhp at 8,000rpm.
The “Dreams” were the first larger-capacity motorcycles that Honda mass-exported.
They were very well equipped with 12volt electrics, electric starters , indicators, and other advanced features that were not common to most other motorcycles in the early sixties. Moreover, they were well-engineered, dependable and very economical with fuel.
Later versions of the Dream were equipped with a 305 cc engine that had an output of 24 HP @8,000 rpm.
The machine we offer comes with a 305 cc engine and has been restored to concours condition.
The C72 Dream model possesses an unmistakable style of its own and is now one of the most desirable of the early Japanese classics