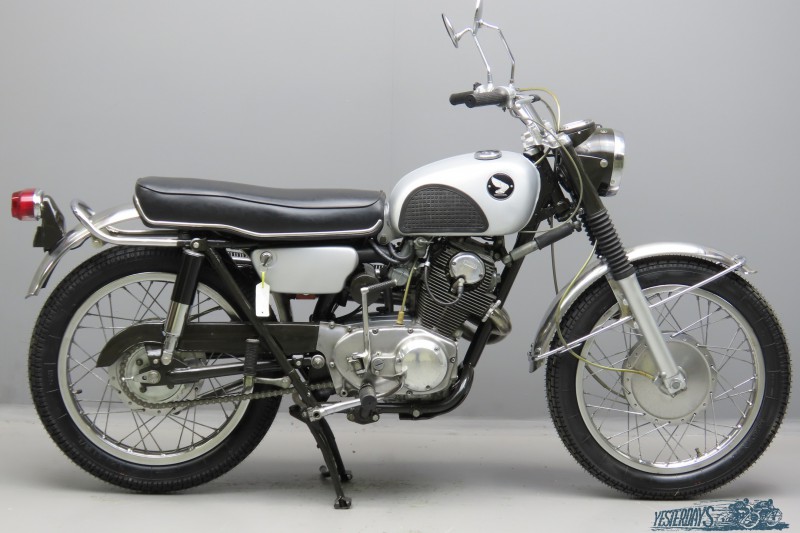 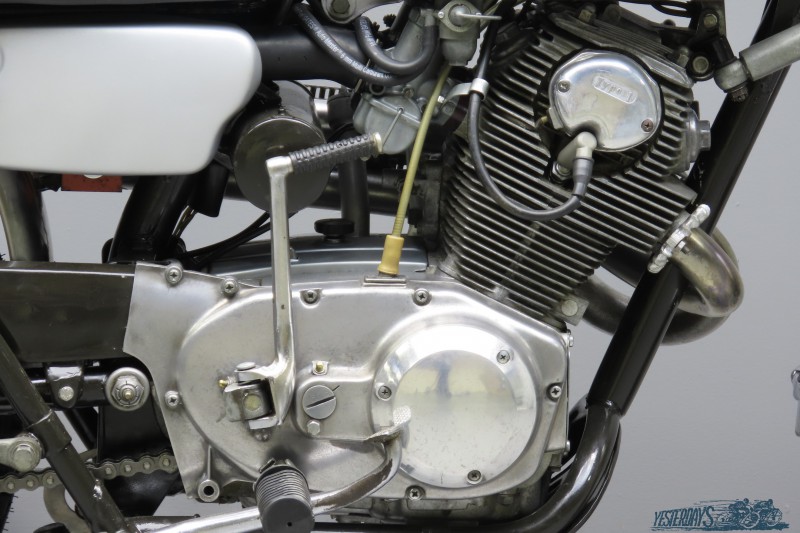 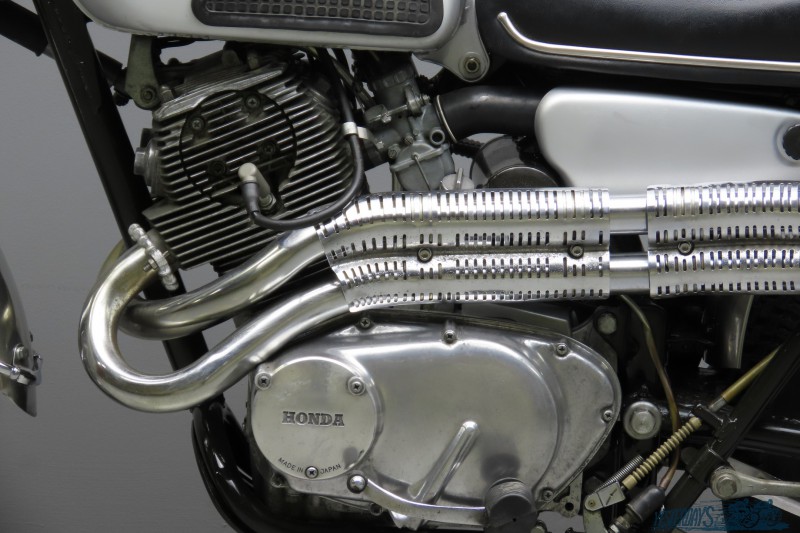 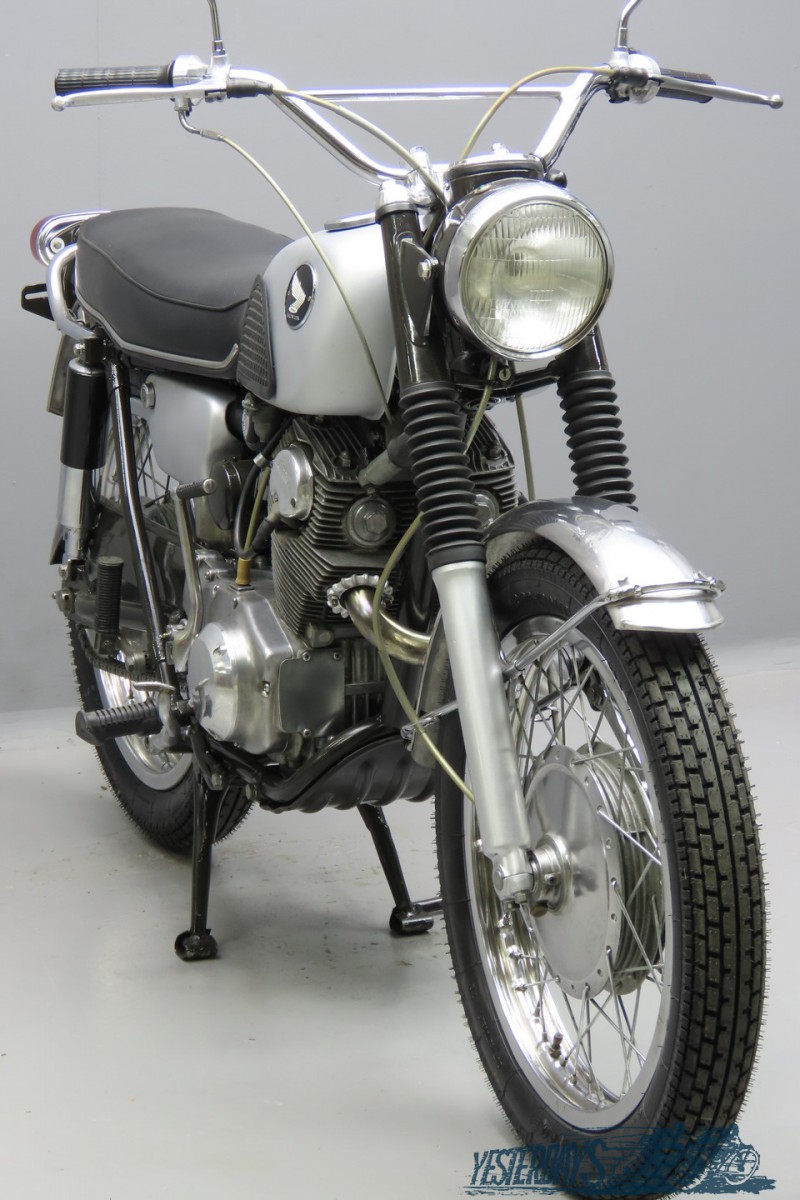 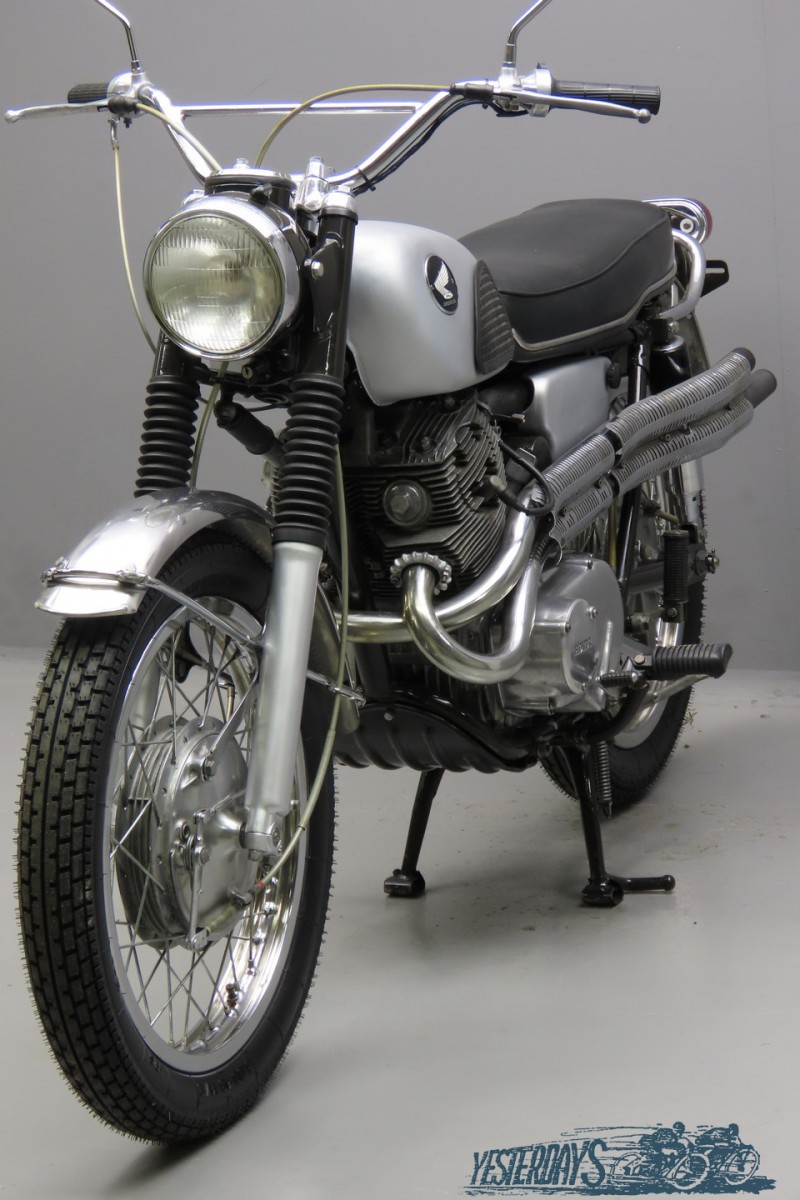 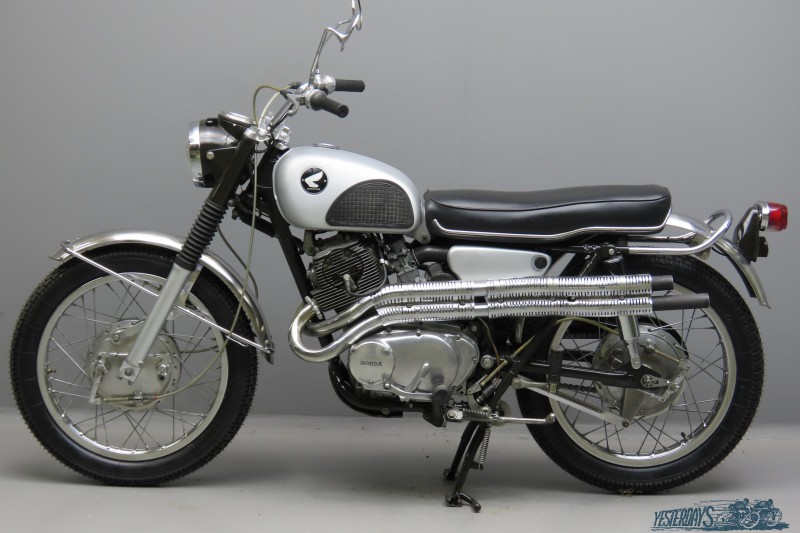 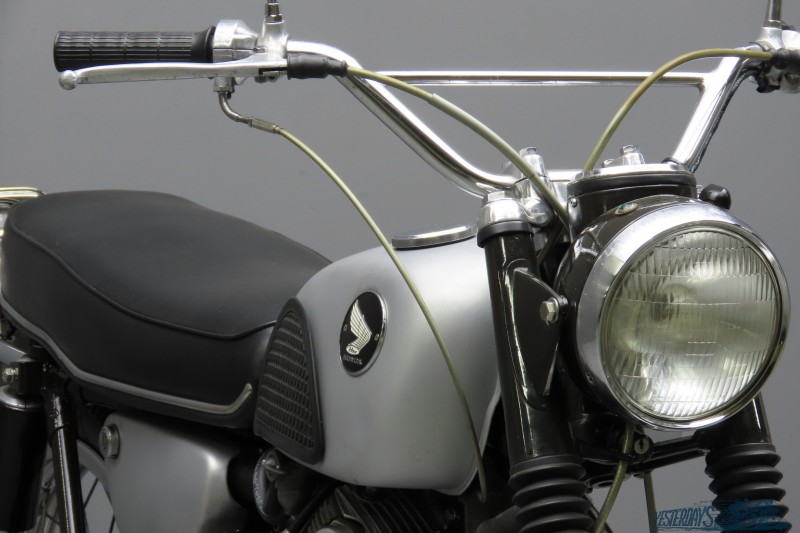 In 1962 the CL72 ‘street scrambler’ was brought out, aimed at the North American market.
The machine boasted an upswept exhaust system, sump ‘bash’ plate, wider handlebars and serrated footrests.
Sales in America were excellent, no doubt partly due to the epic ride in 1962 by Americans Dave Ekins and Bill Robertson.
They rode their CL72s the 962 miles between Tijuana and La Paz, meeting a lot of problems but managing to complete the gruelling trip within forty hours.
That’s to say, Ekins and but Robertson came in an hour and a half later.
A fall had resulted in a damaged air filter and this had caused a hole in a piston so Robertson had to limp on one cylinder for some 130 miles.
But the bike made it on its own power and all in all this performance gained a lot of positive publicity.
Three years later an enlarged version of the successful CL72 was introduced, the CL77.
This dual-purpose bike differed from the road-only Super Hawk in its use of a full-cradle frame, and as a weight-savings measure the streetbike’s electric starter was deleted.
Like most scramblers of the day, it was not intended as an out-and-out racer, but rather a competent all-rounder that could be ridden just about anywhere.
People wanted to have fun on two wheels, and with a scrambler the adventure did not have to end when the pavement did.
“We liked the Honda Scrambler,” wrote the American Cycle World magazine in their 1965 road test.
“It’s not the best scrambler in the world, nor the best touring bike.
What it does offer is a surprisingly good ride-to-work motorcycle that will not balk at excursions out into the boondocks.
That is precisely what a lot of riders want, and that is why so many Honda Scramblers are seen on our streets.
” The CL77 was made from 1965 till 1968 in three colour combinations: silver/blue, silver/red and silver/black.
The 60x54mm engine has a compression ratio of 9.5:1 and delivers 28.5 hp@9000rpm. Dry weight is 160kg.
This silver/black example is an older restoration in fine condition.