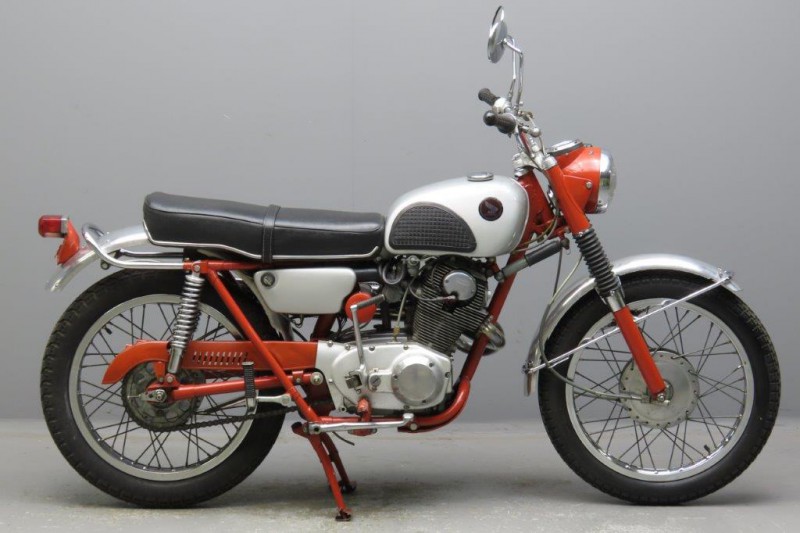 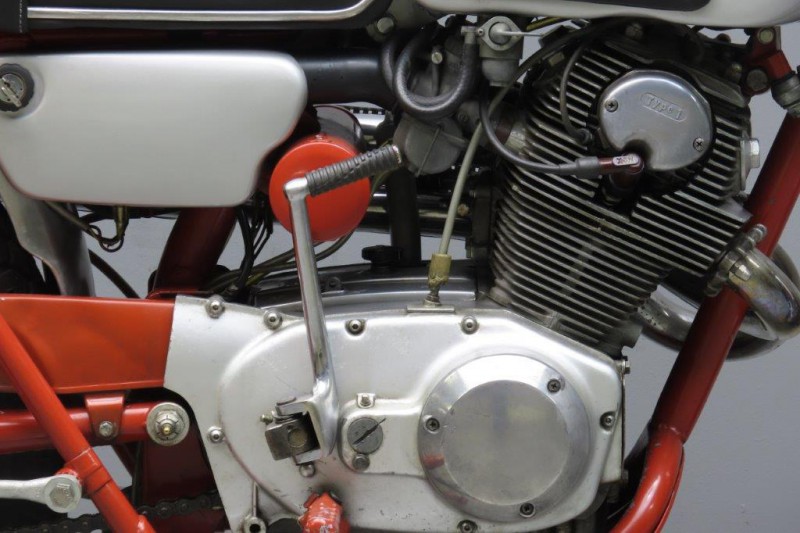 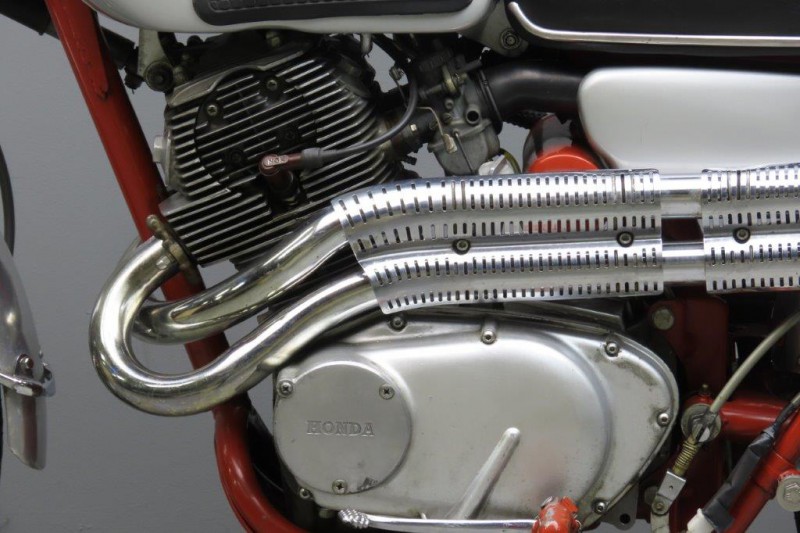 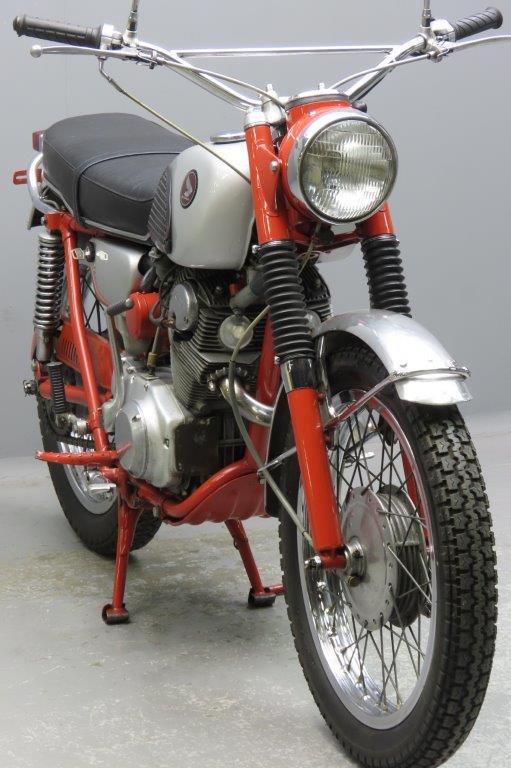 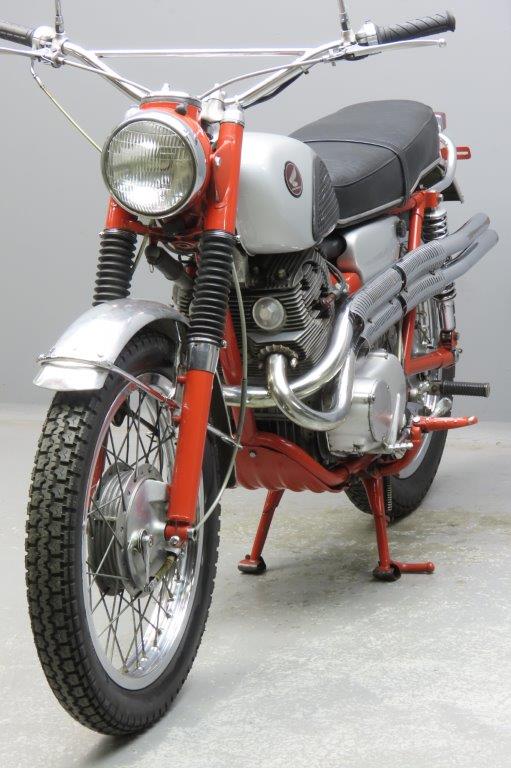 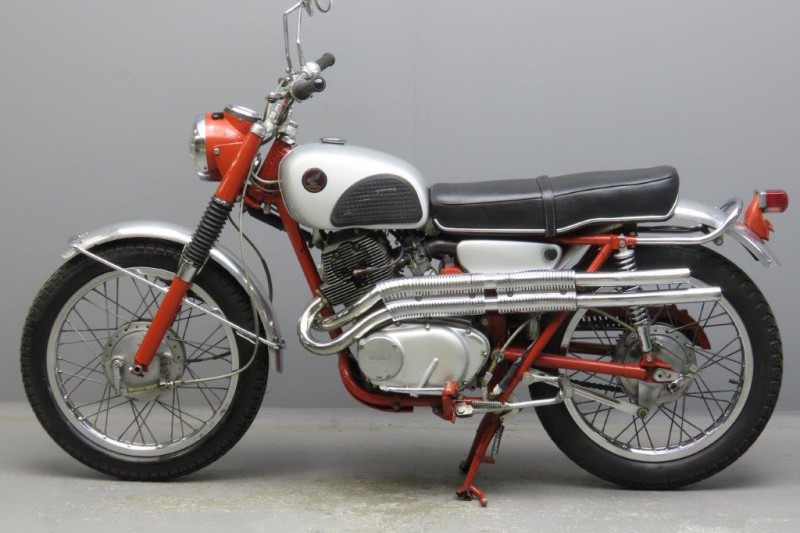 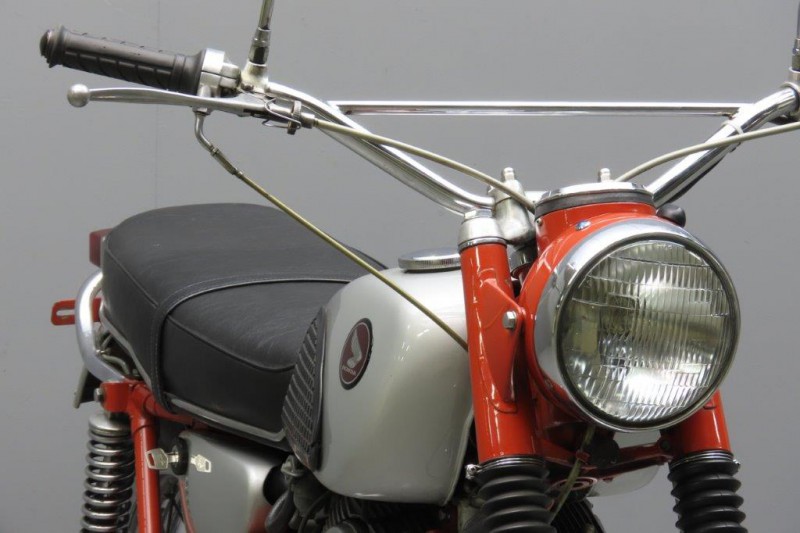 In 1962 the CB72 was joined by a CL72 ‘street scrambler’ variant, aimed at the North American market, which boasted an upswept exhaust system, sump ‘bash’ plate, wider handlebars and serrated footrests.
The CL72 was available till 1966 and could be had in three colour combinations, silver/ scarlet red, silver/blue and silver /black.
Sales in America were excellent, no doubt partly due to the epic ride in 1962 by Americans Dave Ekins and Bill Robertson.
They rode their CL72s the 962 miles between Tijuana and La Paz, meeting a lot of problems but managing to complete the gruelling trip within forty hours.
That’s to say, Ekins and but Robertson came in an hour and a half later.
A fall had resulted in a damaged air filter and this had caused a hole in a piston so Robertson had to limp on one cylinder for some 130 miles.
But the bike made it on its own power and all in all this performance gained a lot of positive publicity.
This Street Scrambler has been restored and comes in excellent condition.