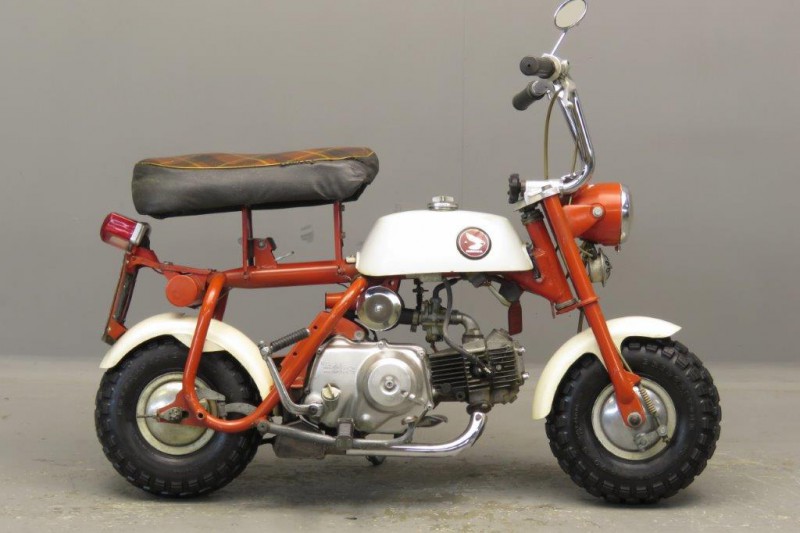 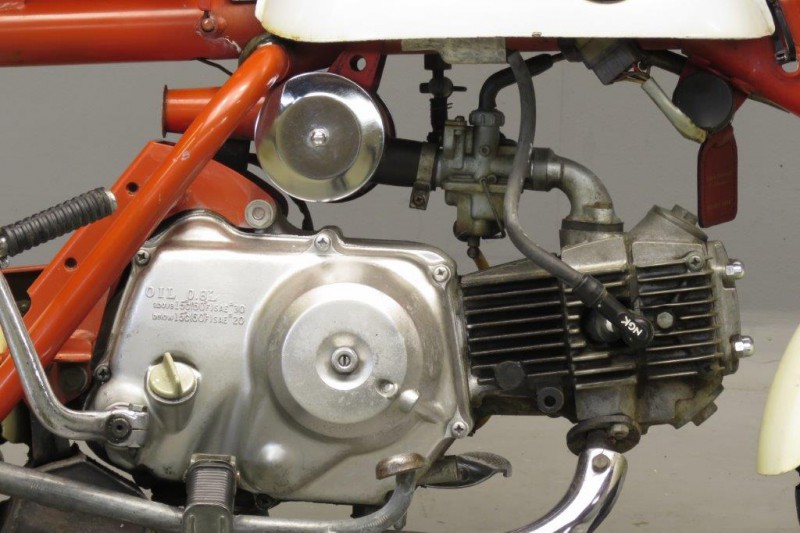 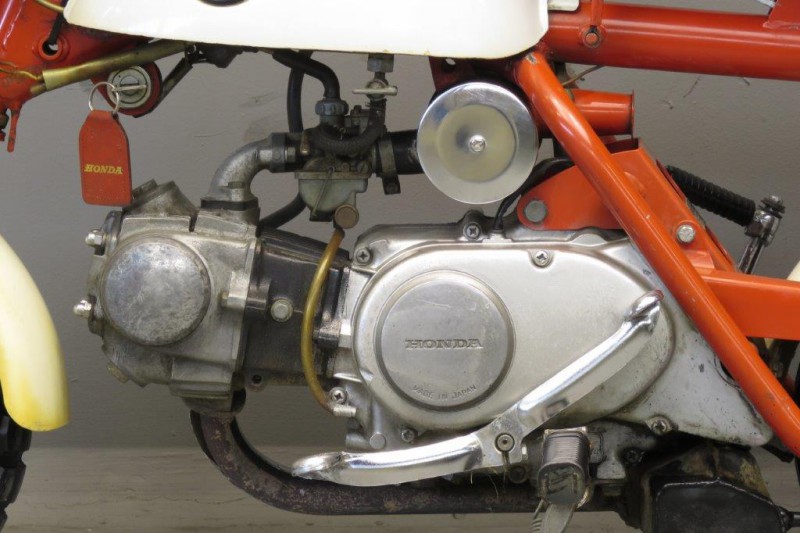 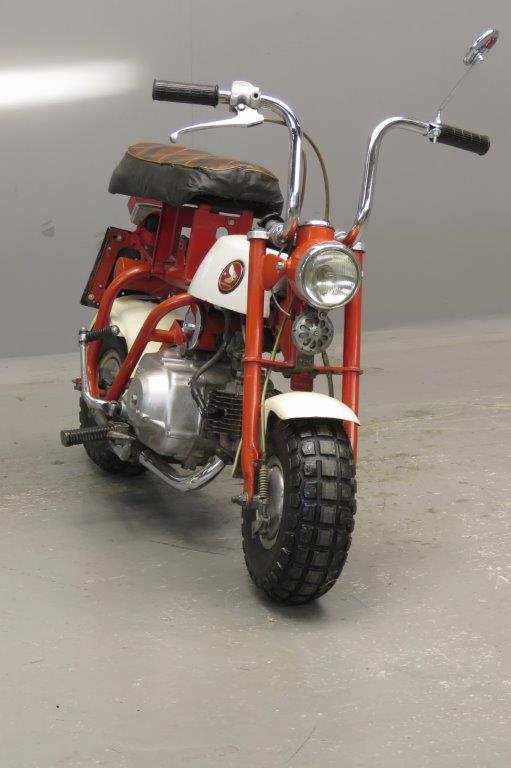 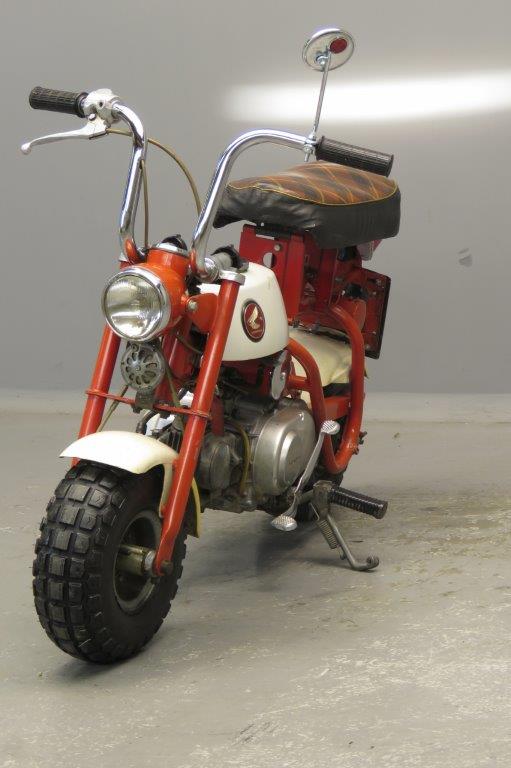 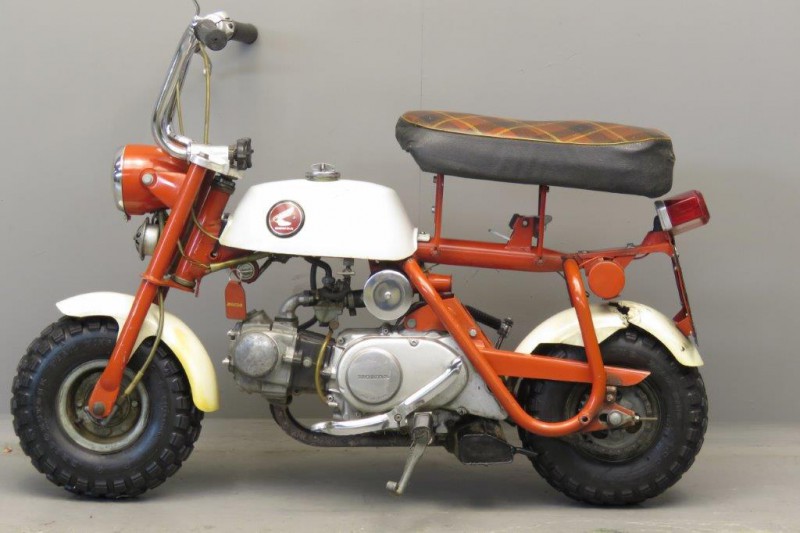 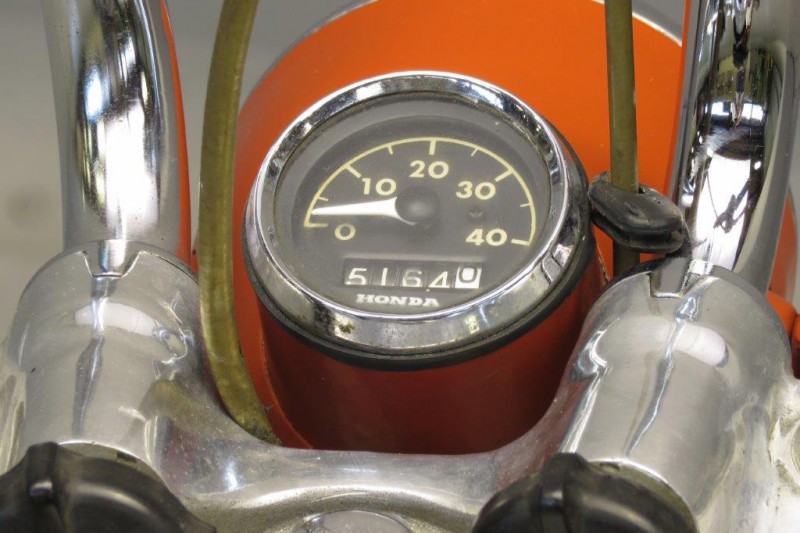 With the launch of the CZ100 in 1960, Honda created the class of machine known as ‘monkey bikes’, so called because of their diminutive stature.
The power unit was the C100 step-thru’s reliable four-stroke single that incorporated a three-speed gearbox with automatic clutch. An ultra-short wheelbase, small wheels and vestigial fuel tank were all features of a machine which, in the case of the folding handlebar version, could fit into the boot of a car.
Immensely popular as paddock transport the world over, they are currently still much in vogue.
This ‘monkey’ is an example of the Z50M, an all-new model that was introduced in 1967.
The first of its kind to be sold in Japan, the Z50M was powered by the overhead-camshaft version of Honda’s 50cc engine and featured folding handlebars and a higher seat, both of which made it a more practical proposition than its predecessors.
A total of 5164 km/miles has been recorded and the bike was last on the road in 2016.
It is offered in original well running condition.
The machine is EU road registered.