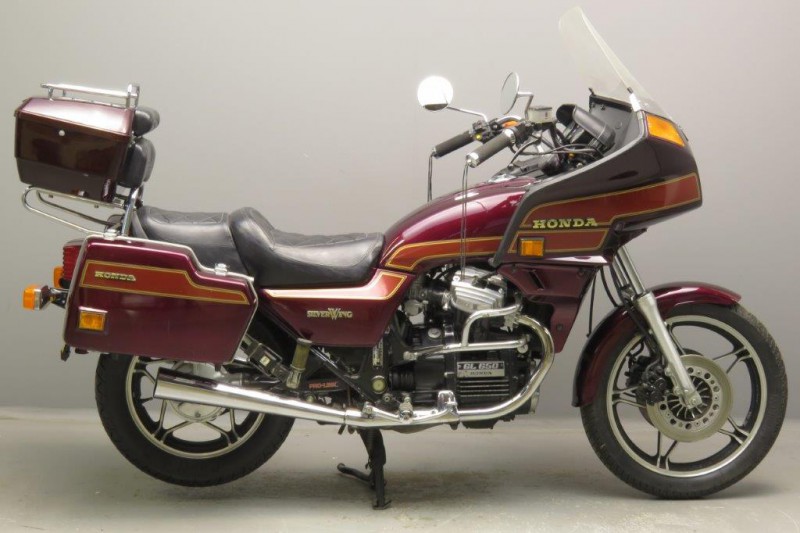 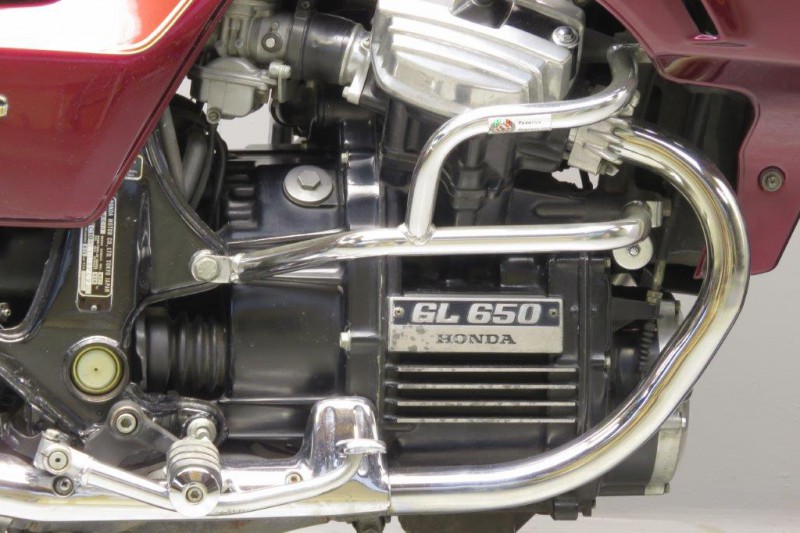 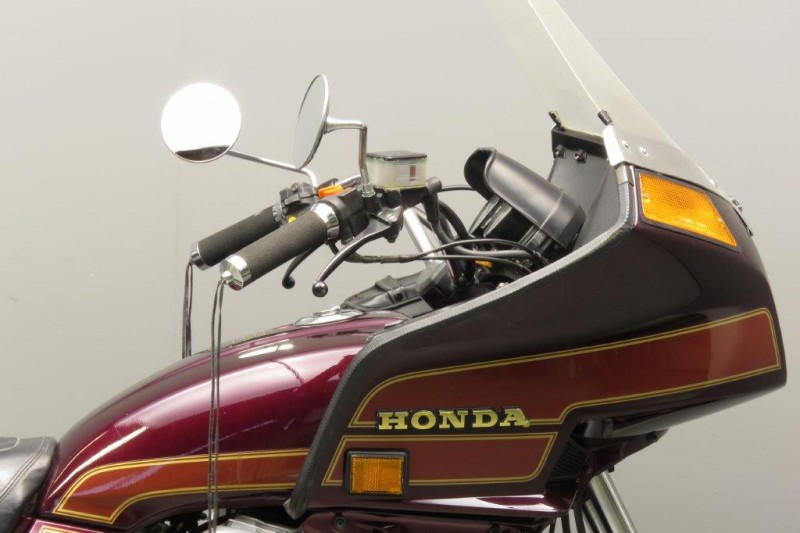 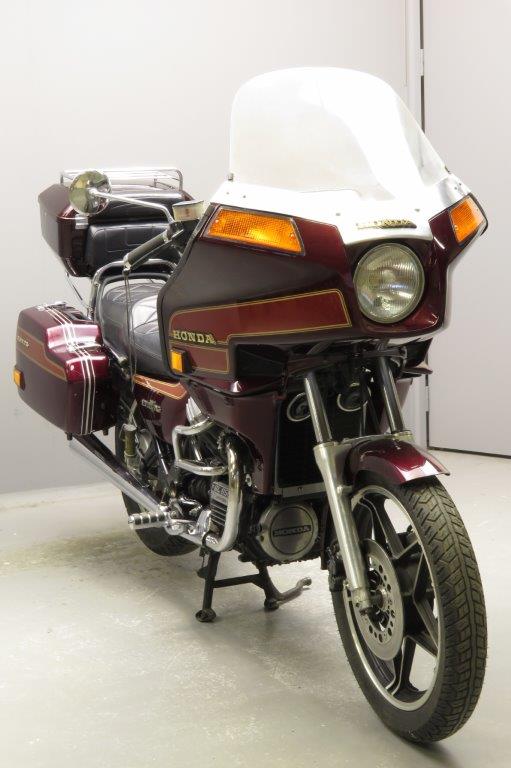 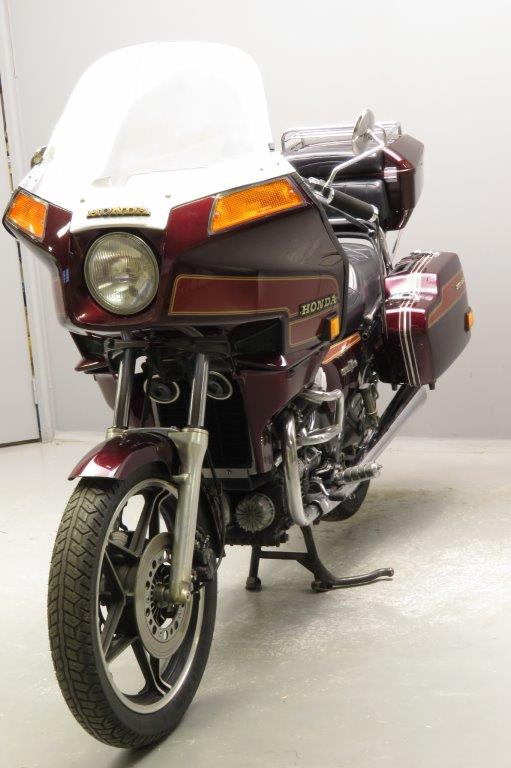 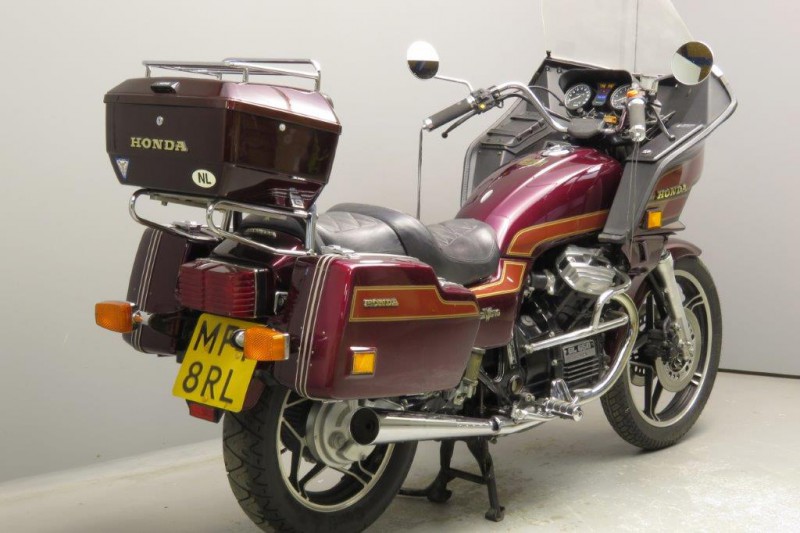 The basically identical GL500 had been successful for several years and before the GL, there had been the CX – the first of the series to use the transverse “twisted” 80 degree pushrod V-twin.
The only real complaint leveled at the GL500 Interstate – the touring version of the GL Silverwing, with suitcase-style hard bags and a full fairing just like the Goldwing’s – was that the 500 cc twin could maybe use some more power.
The GL650 provided exactly that – plus some more besides.
For starters, the updated twin had more CCs – 673 of them, despite the “650” badges on the engine cases – and 64 hp vs. 50 for the 500 cc twin.
But this wasn’t just a quickie bore and stroke job. The “650” cc engine was completely re-engineered to handle the higher power output.
The connecting rods, rod bolts and main bearings were all upgraded.
Cylinder studs are beefier.
A finned, bolt-on oil pan was added to increase total oil capacity to 4.1 quarts.
The intake valves in the “650’s” heads are larger – though exhaust valve diameter remains the same.
The cooling system got a thermostatically triggered electric fan while improvements to the case design made servicing the water pump much easier.
There was also a new maintenance-free automatic cam chain tensioner system.
The “650” also has a new-design transmission with different ratios that help it get slightly better gas mileage than the 500 – despite the extra displacement and additional 14 hp.
The GL 650 is relatively light: it has a curb weight of just over 500 pounds, hundreds of pounds less than a new Goldwing.
It’s an easy bike to “walk” in close confines, such as trying to fit it into a spot in your garage.
And it is an easy bike to ride at a fairly aggressive pace, too – if you want to do that.
Though you sit high in the saddle, you can still squeeze the tank between your legs, shift your weight down onto the pegs and heel the thing over to fairly aggressive lean angles.
The limiting factor here is clearance – which you’ll run out of long before you exceed the bike’s safe limits. (adapted from: ericpetersautos.com)
This GL 650 has covered some 57,000 kilometres and is in good condition throughout.