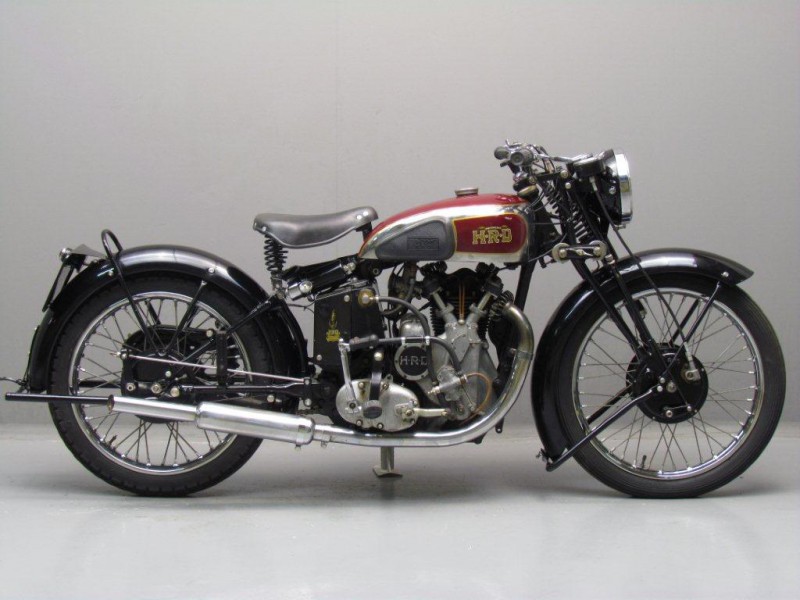 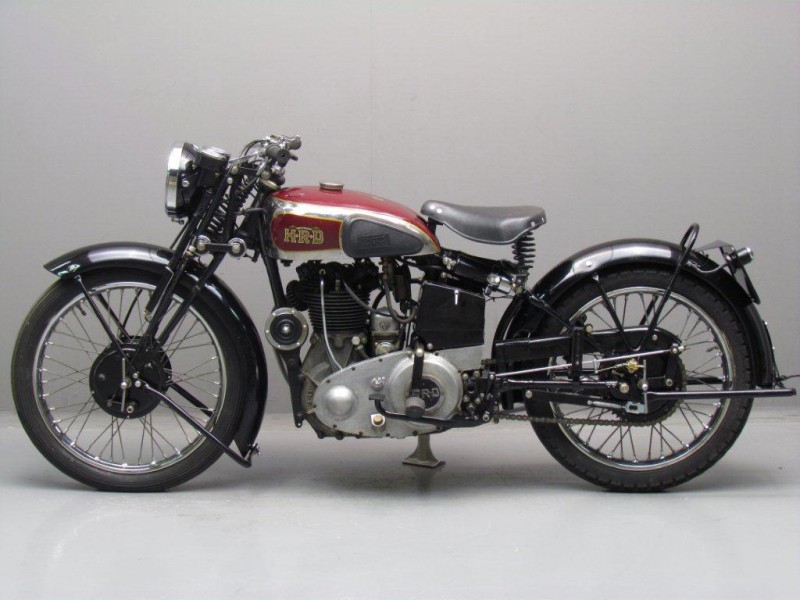 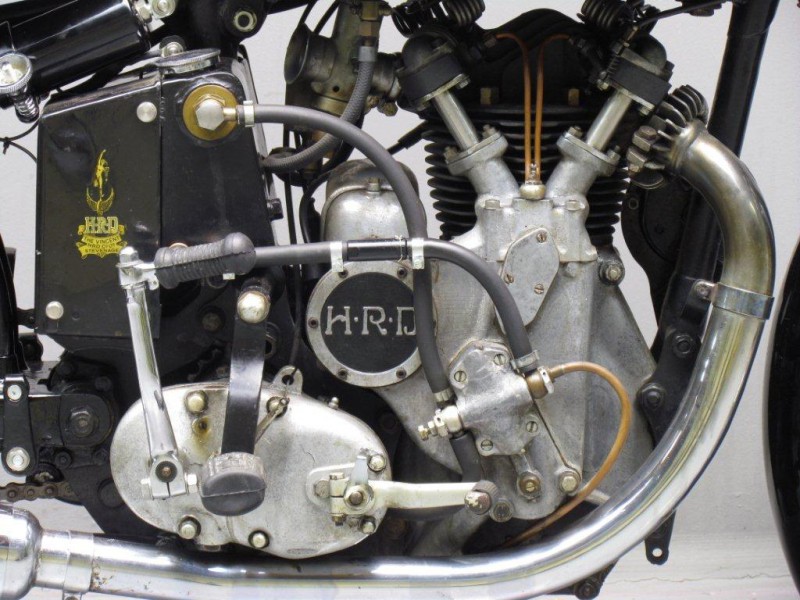 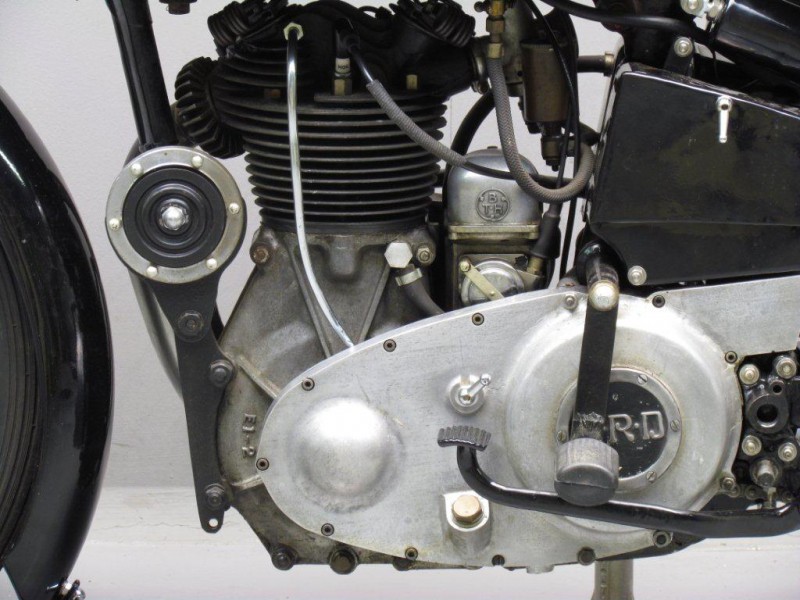 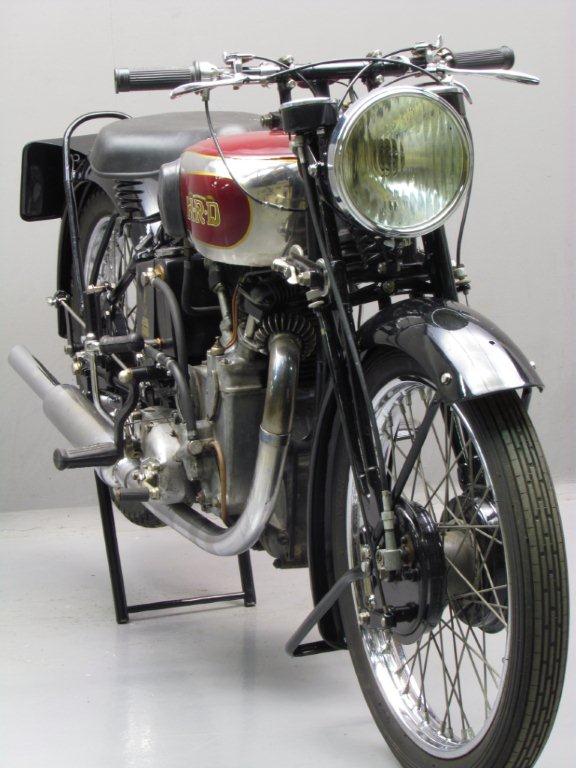 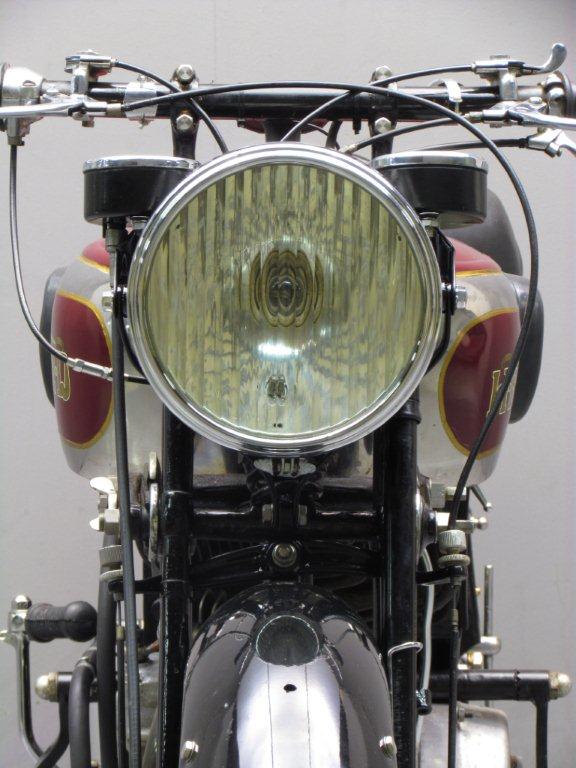 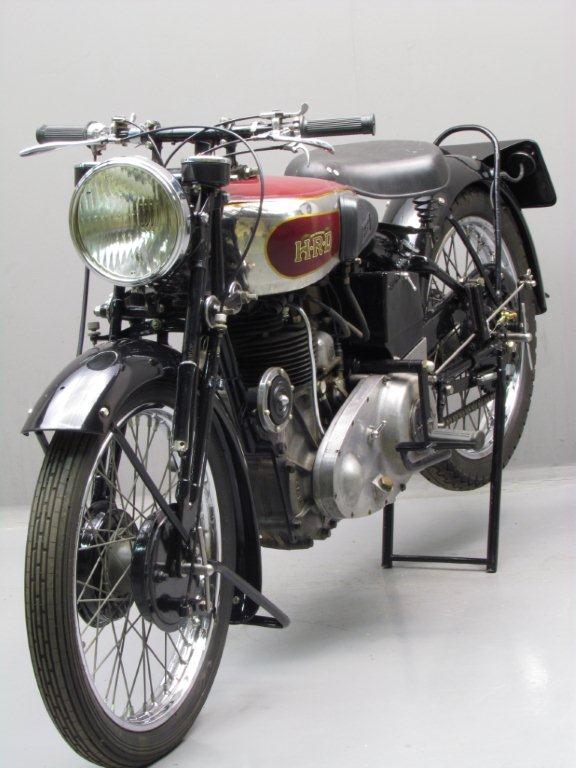 Since his schoolboy days Philip Vincent had been a great admirer of Howard Raymond Davies, who had begun manufacturing HRD machines at Wolverhampton in 1924.
While studying mechanical engineering at Cambridge Vincent built his prototype Vincent Special that already incorporated the strong triangulated and braced sprung rear fork that would remain a feature of all Vincents-to-come.
In 1928 Vincent acquired HRD Motors Ltd. and formed the Stevenage-based Vincent-HRD company; JAP and later on Rudge Python engines were used. In 1932 Phil Irving joined the company and by the end of 1934 the Vincent/Irving designed 498cc  ohv engine was presented.
It featured a high camshaft  ( “ Semi-overhead camshaft”)   and short pushrods angled at 62 degrees.
The very advanced  design  had  a spring frame, duo brakes on both wheels, interchangeable wheels and a 4 speed Burman gearbox.
The 498 cc engine was used in 4 models  of which the “Meteor” was the standard machine.
More highly tuned engines were available for the “Comet”, “Comet Special” and “TT”.
For 1936 the “Meteor” was available in three different finishes, all-black, black and stainless steel and red and stainless steel.
The machines were quite expensive: a Meteor would cost 10% more than a Sunbeam Model 9 and 20% more than a BSA Empire Star or a Norton 500 cc OHV.
This  exclusive machine is a well sorted matured restoration.