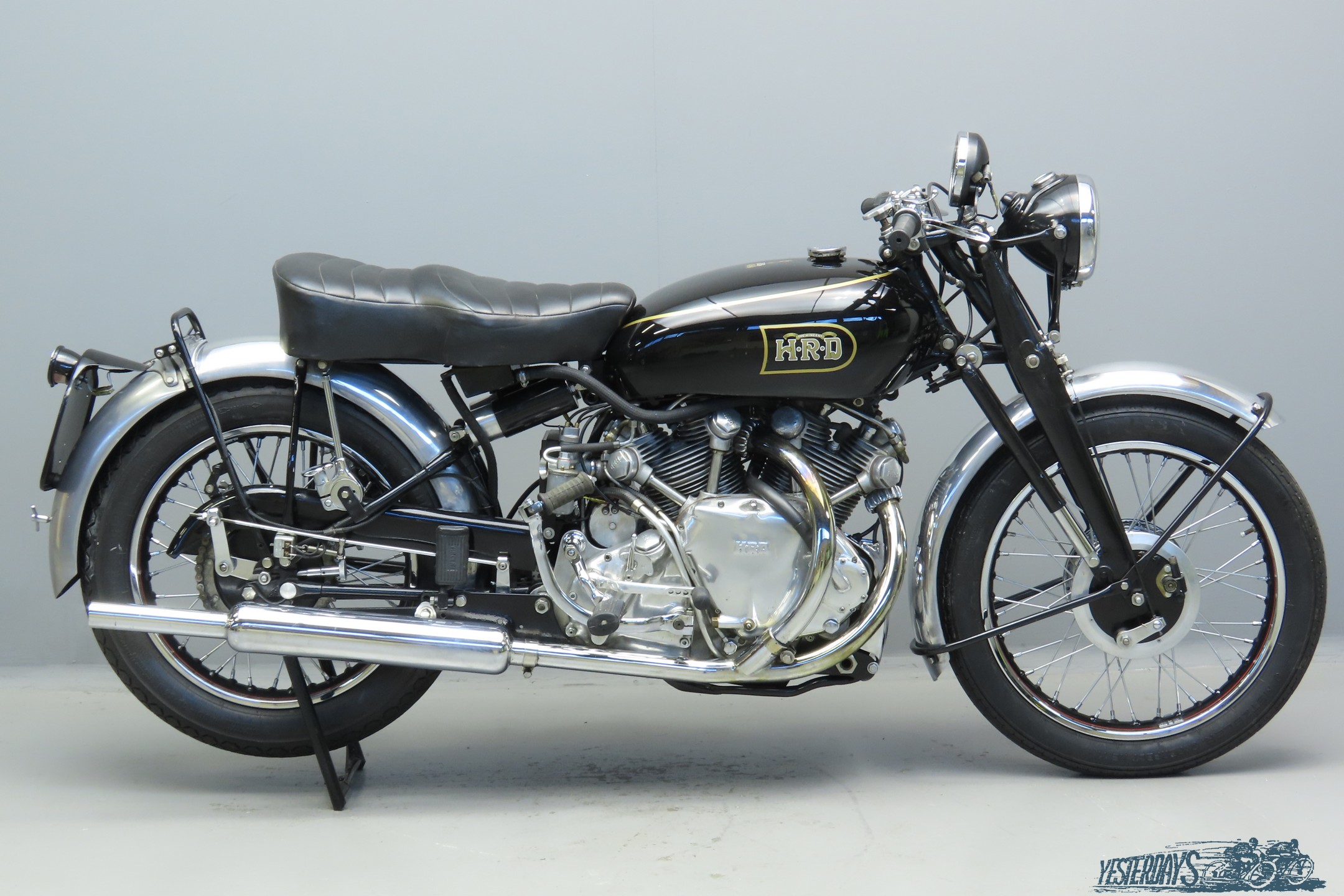 Introduced in 1946, the Vincent-HRD Series-B Rapide was immediately the fastest production motorcycle on sale anywhere, with a top speed of 110mph.
The basic design clearly had even greater potential though, which would be realised later in the form of the Black Shadow and Black Lightning models.
In 1950 “HRD” disappeared from the logo; the machines were renamed “The Vincent”. Production of all Vincents stopped at the end of 1955.
Vincents were indeed legendary in their own lifetime, and in the more than 60 years since production ceased, the esteem in which this iconic motorcycle is held has only increased.
The mighty engine has bore x stroke dimensions of 84 x 90 mm and a compression ratio of 6.45:1 and the engine delivers 45bhp @ 5,300rpm.
The 1949 brochure lists no less than 36 “Features which we believe to be absolutely exclusive to the Series “B” HRD Rapide”.” Here’s a few of them: unique big-end design with six rows of rollers, four outstandingly massive roller and ball main bearings, triplex primary chain with positive spring tensioner, amazingly light servo clutch, rear chain finger-adjustable without use of tools and footrests adjustable for length as well as angle.
A striking exclusive feature is that the Rapide has standard a prop stand on either side of the machine…
The well-restored specimen we offer here is fitted with the 5-inch 150 mph speedometer that is a standard fitting on the Black Shadow and could be ordered as an extra for the Rapide.
The machine comes with an extensive file with photos and bills related to the restoration process and various technical articles.