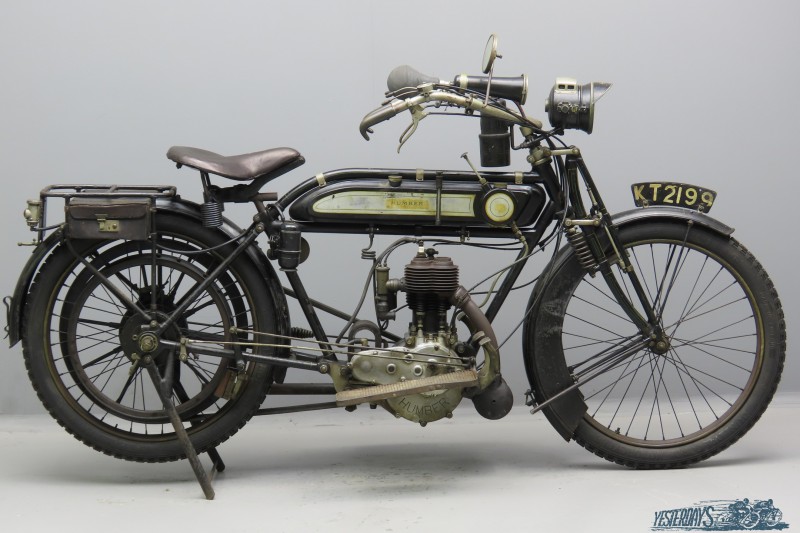 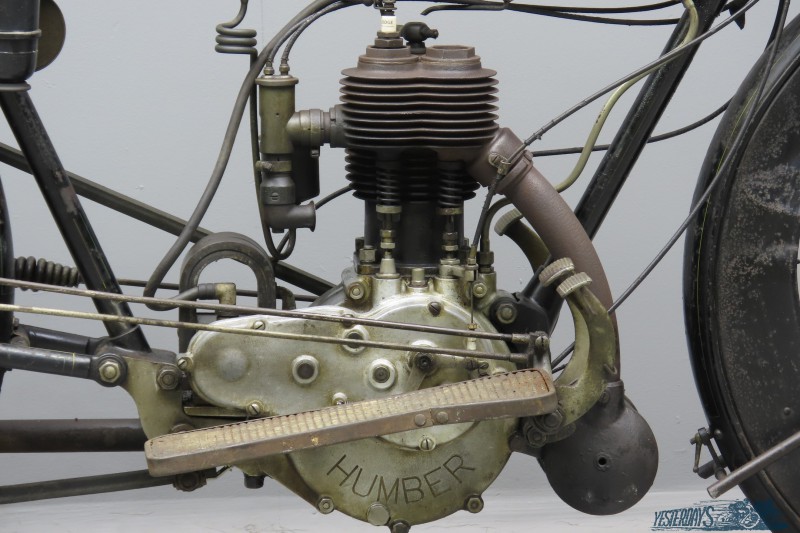 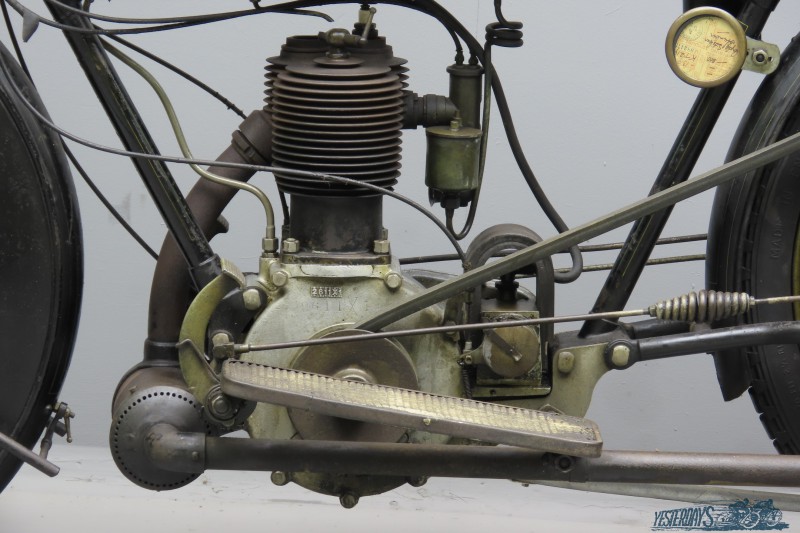 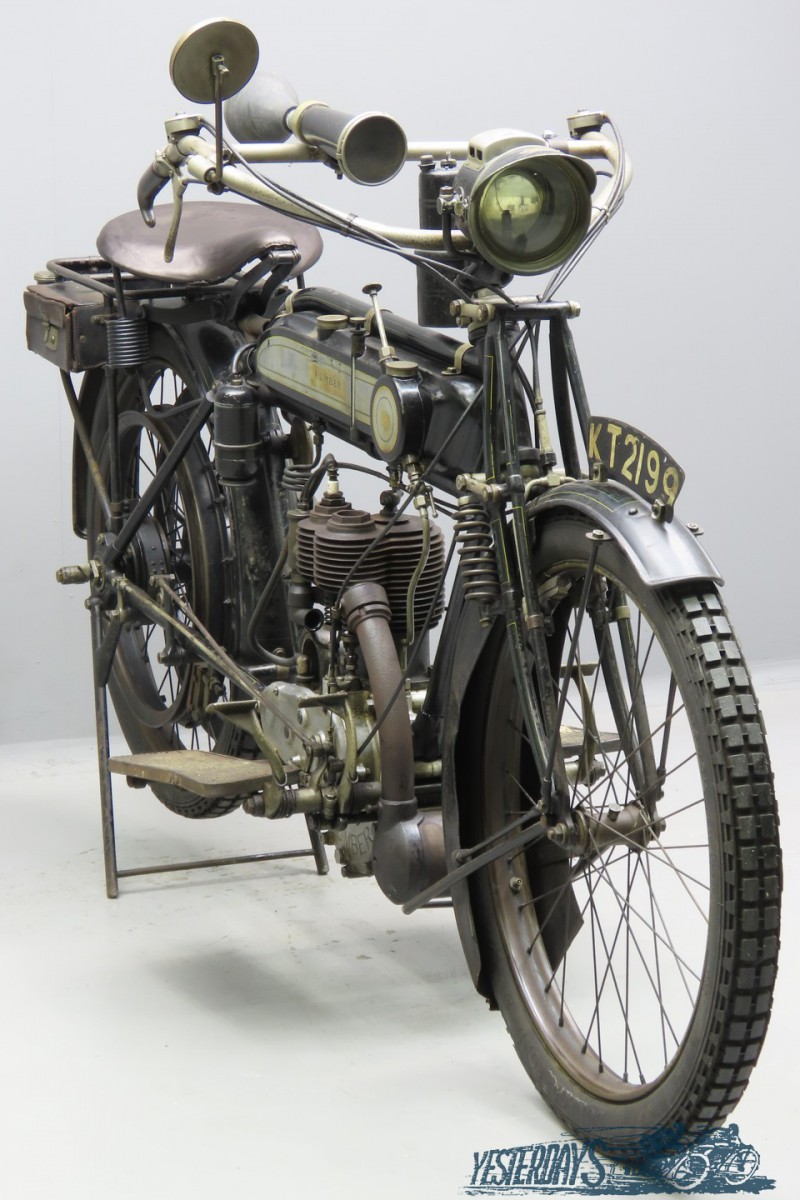 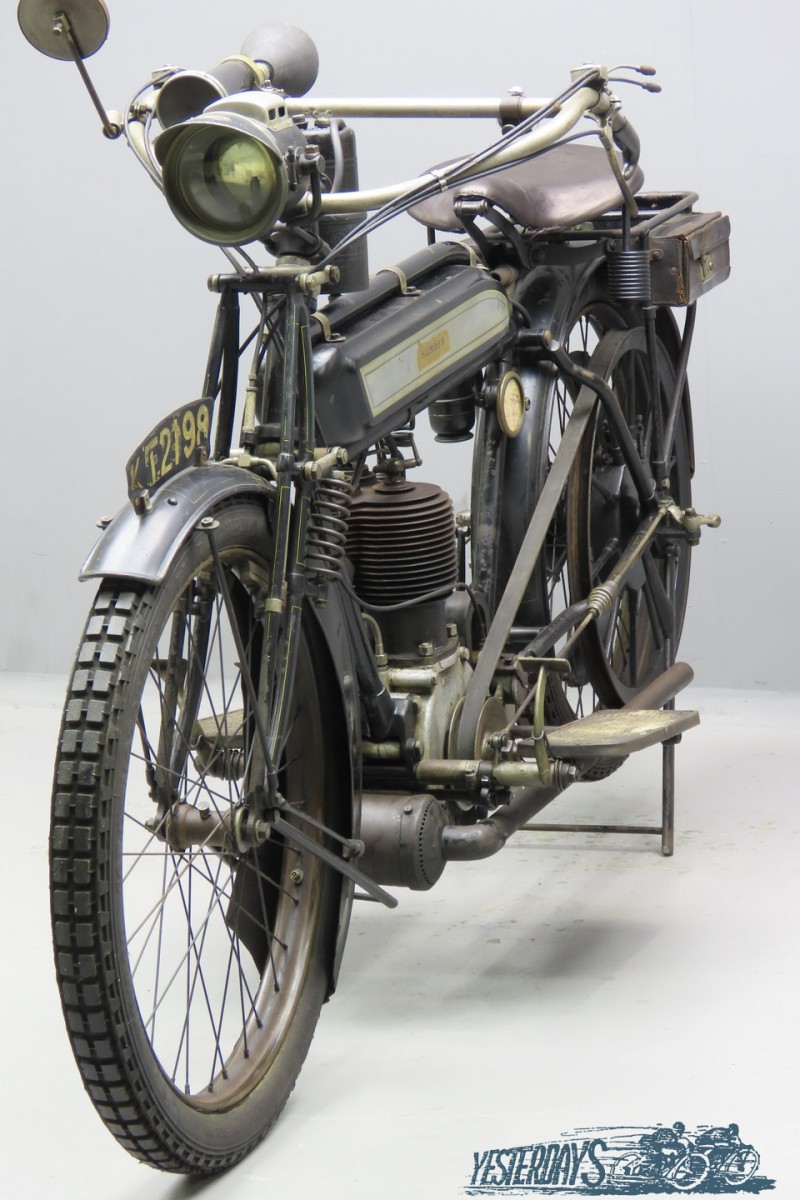 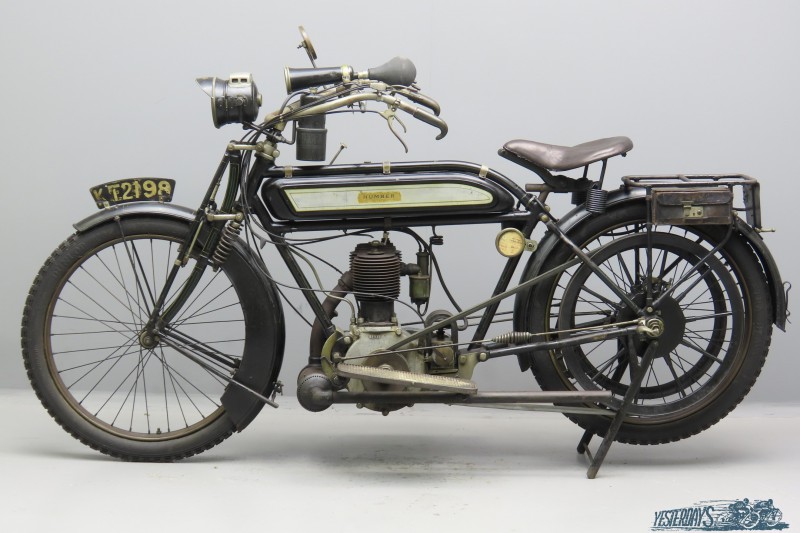 A Coventry firm with its roots in the Victorian bicycle industry, Humber began experimenting with powered transport in the closing years of the 19th century, introducing its first successful motorcycle -a built-under-license P&M – in 1902. Because of the need to increase car production motorcycles were discontinued after 1905.
For the 1909 model year Humber came on the market again with a 3½ HP motorcycle, now fully of their own design and manufacture.
The engine had bore/stroke dimensions of 83×90 mm and was available with hand starting, footboards and two speed gear.
An unusual feature of the machine was that the exhaust system was incorporated in the front down tube of the frame.
This typical silencer arrangement was abandoned the next year, but the system of starting the engine with a hand crank was a Humber feature for several years.
New for the 1912 range were a redesigned engine with magneto behind the engine and a dropped “top rail” as the Humber catalogue put it.
This well-engineered veteran Humber comes with Humber-ROC two speed gear and free engine in the rear hub, which makes it a practical veteran to ride.
The machine is in stunning original and unrestored condition: the black enamel with green and gold lining and the aluminium tank panels still look fabulous.
The KT registration refers to Kent and the first owner mentioned in the 1921 log book was a Mr. Thomas James Beall from London; it appears this fine machine had only a few very careful owners since it left the factory almost 110 years ago. She was probably last used as daily transport in the twenties, a 1925 tax disc is still on the machine.
In 1980 a Pioneer certificate was issued and in the early 80s she was ridden several times in Pioneer Runs.
Various medals, programmes and memorabilia of these Pioneer Runs are in the accompanying file, which also contains Humber model information from 1910-1914, “Hints on the management and adjustment” and an original 1914 catalogue.
John Keats’ words “A thing of beauty is a joy for ever” are very well suited to this outstanding original veteran Humber…..She comes with P&H acetylene lighting, bulb horn, vintage watch holder and rear view mirror.