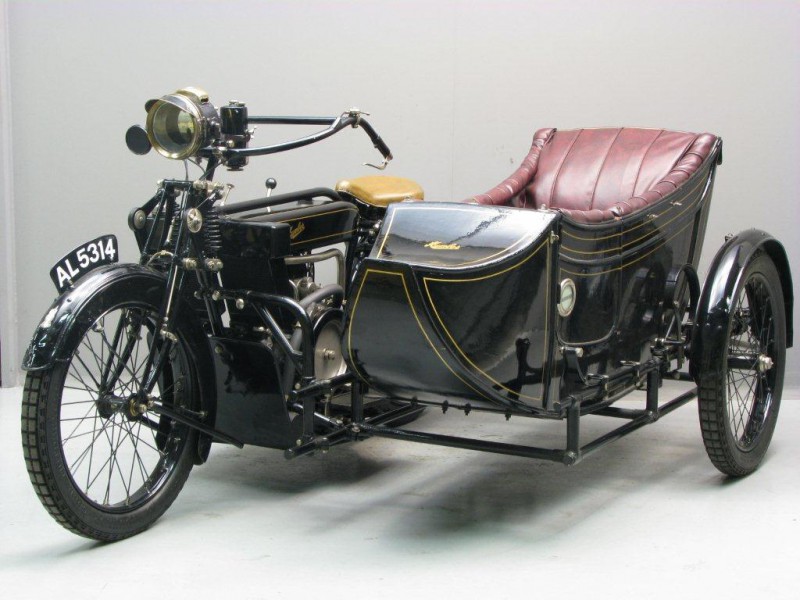 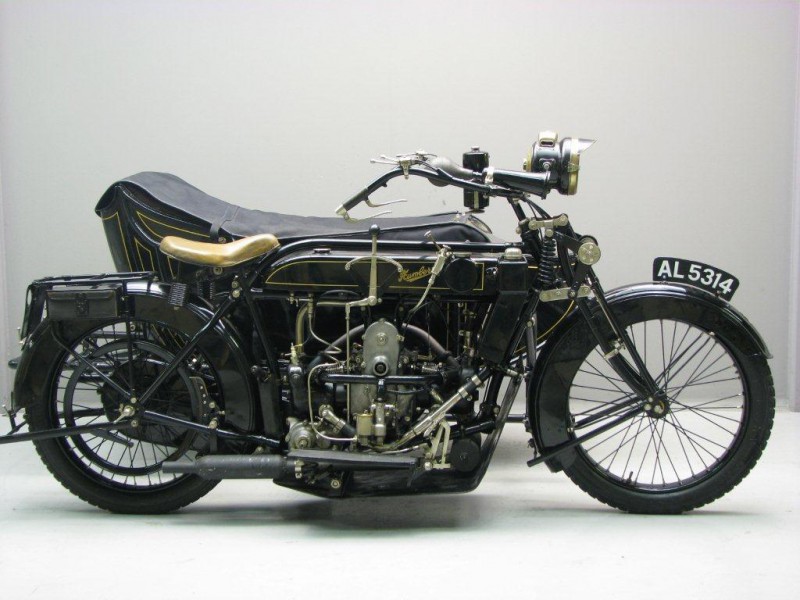 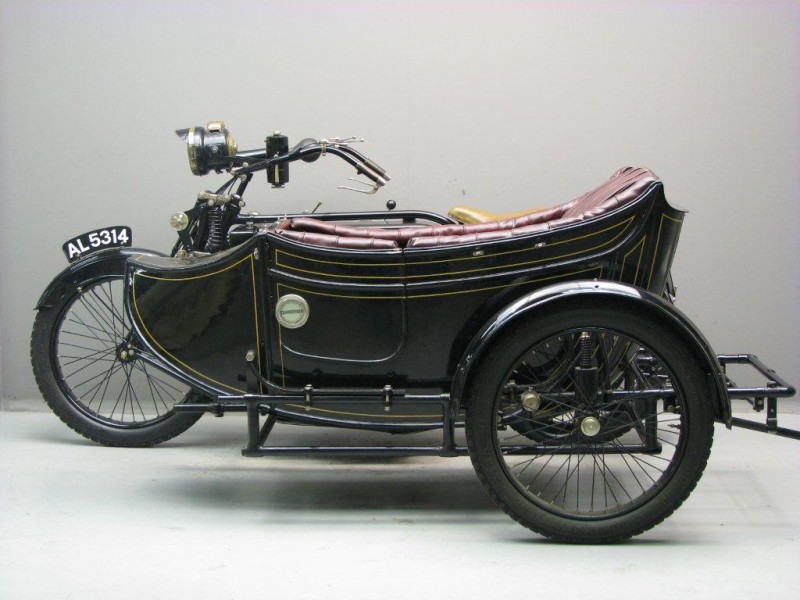 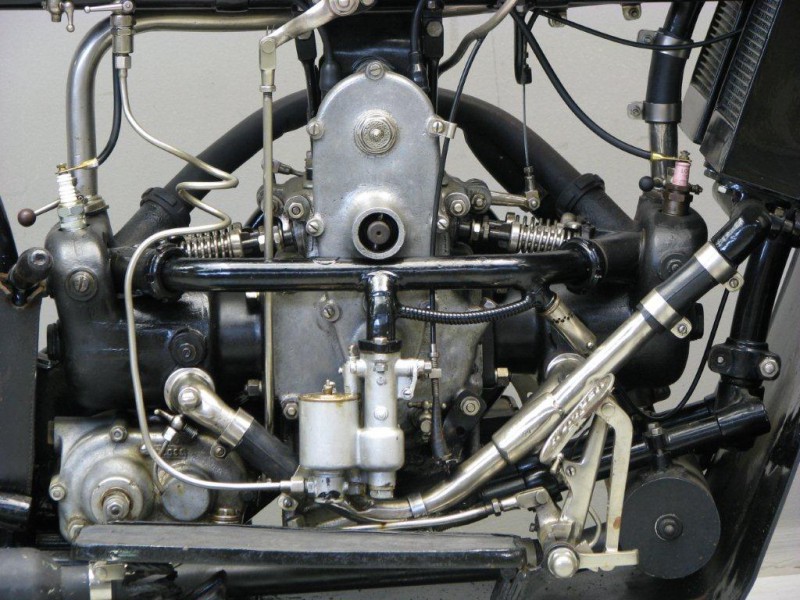 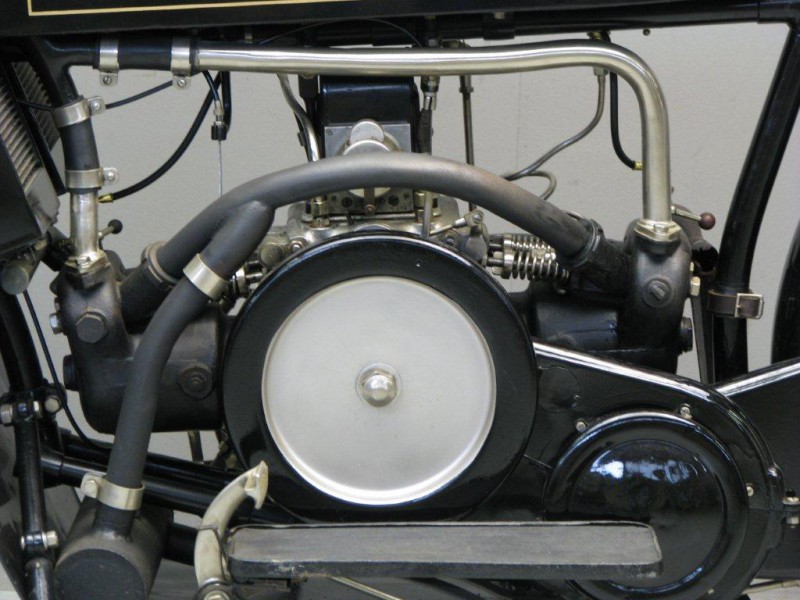 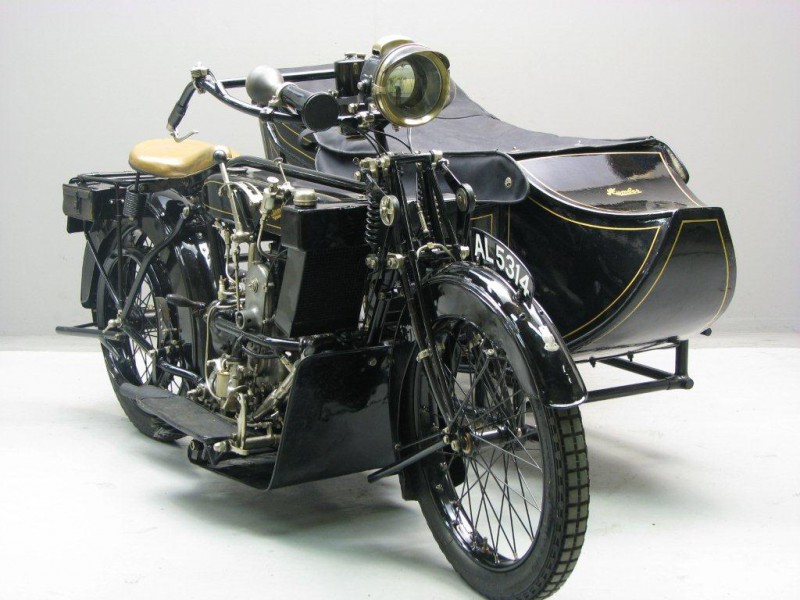 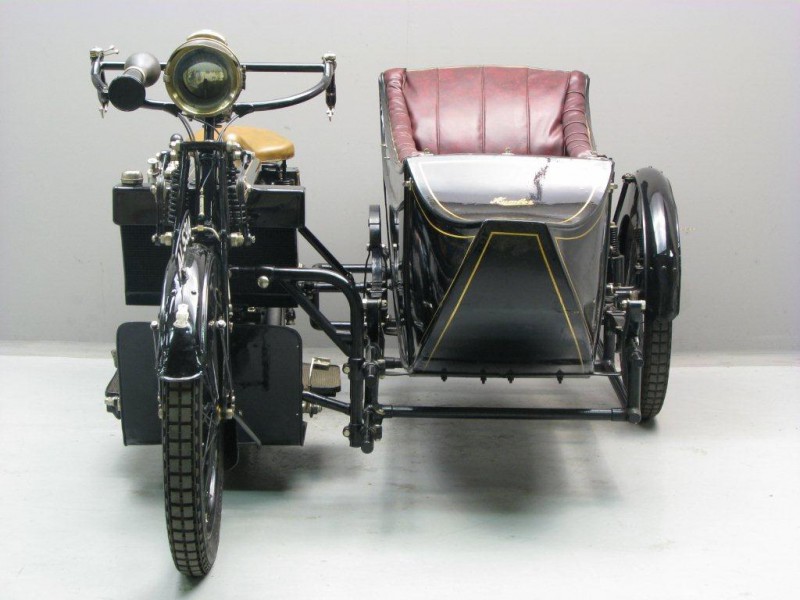 A  Coventry firm with its roots in the Victorian bicycle industry, Humber begins experimenting with powered transport in the closing years of the 19th  century, introducing its first successful motorcycle  -a  built-under-license P&M – in 1902 and the first all-Humber design in 1908.
A 500 cc side valve, this new 3 HP model  carries its engine in the conventional position and features belt drive to a two-speed rear hub.
V-twin and flat twin models follow  and in 1915 a new water-cooled 6HP  flat twin is introduced, with bore x stroke of 78 x 78 mm.
In 1916  another new model  is introduced,  an air-cooled 3 ½ HP flat twin with bore and stroke dimensions of 68x 68.75 mm.
The new 6 HP twin is intended as a sidecar machine and it is the first Humber with a countershaft gearbox.
It has three speeds  and two neutral positions and is of Humber’s own design and manufacture.
The big flat  twin engine has valves and seats in detachable housings, a 21  lb external flywheel, American Splitdorf magneto and Zenith carburettor.
Lubrication is by Best and Lloyd drip feed, the clutch is a foot-operated  multiple plate device.
Only very few of these machines have been  produced and survivors are very rare.
This machine comes with full history from new.
It was bought new by Mr.  W. Sharp, a cycle maker and dealer from Worksop and he owned it till 1959.
Since then it had only a few owners and it has been part of a museum collection for some time.
The sidecar chassis is  marked “ W. Sharp, maker, Worksop “  and has  probably  been made and fitted  later.
This extremely rare  and technically interesting vintage Humber has been restored with care and comes complete with original bill and paperwork.