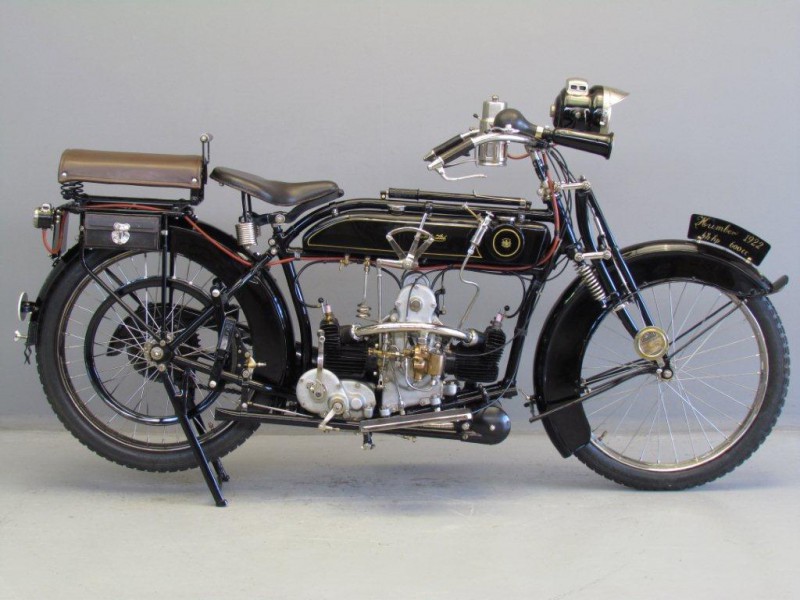 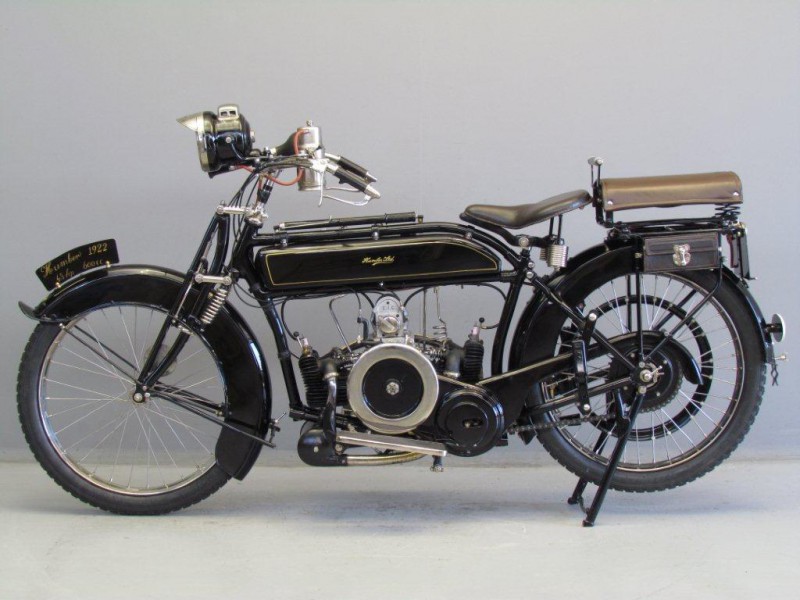 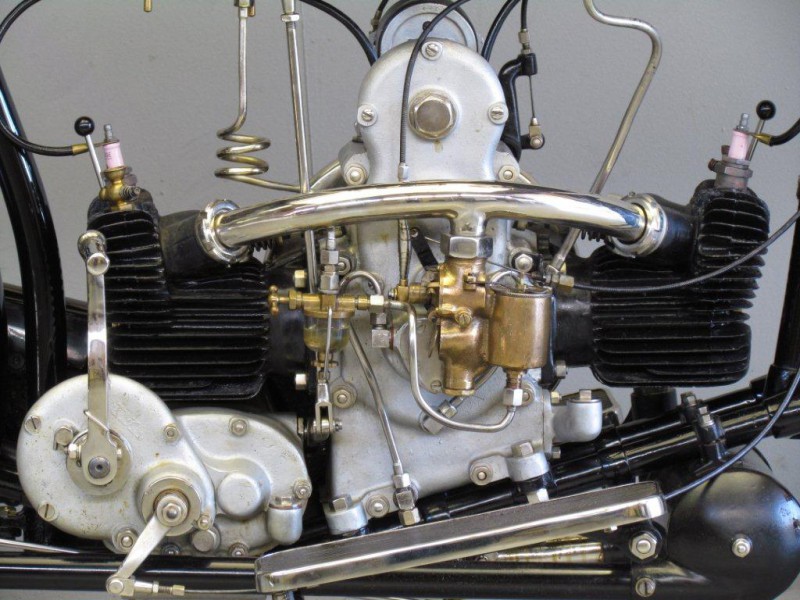 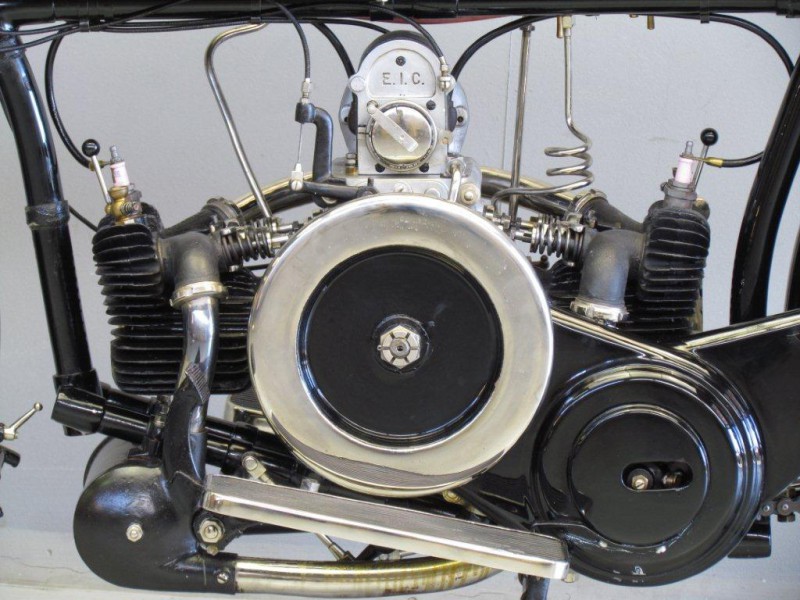 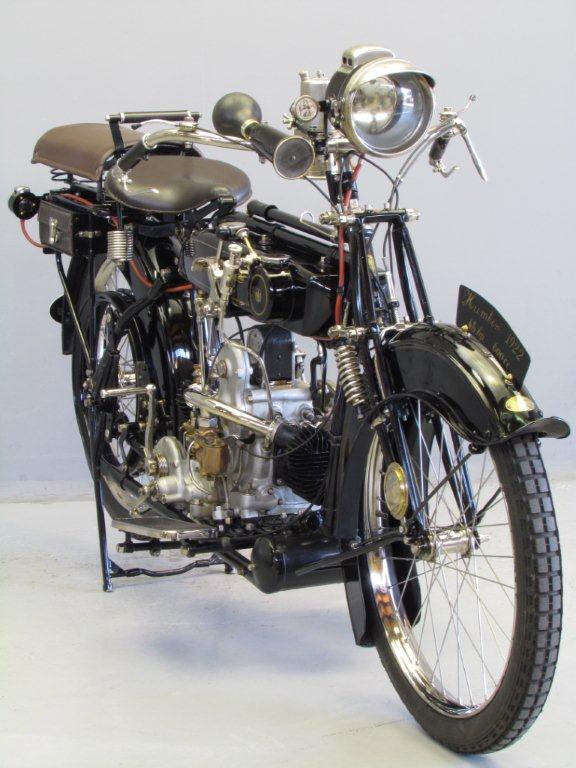 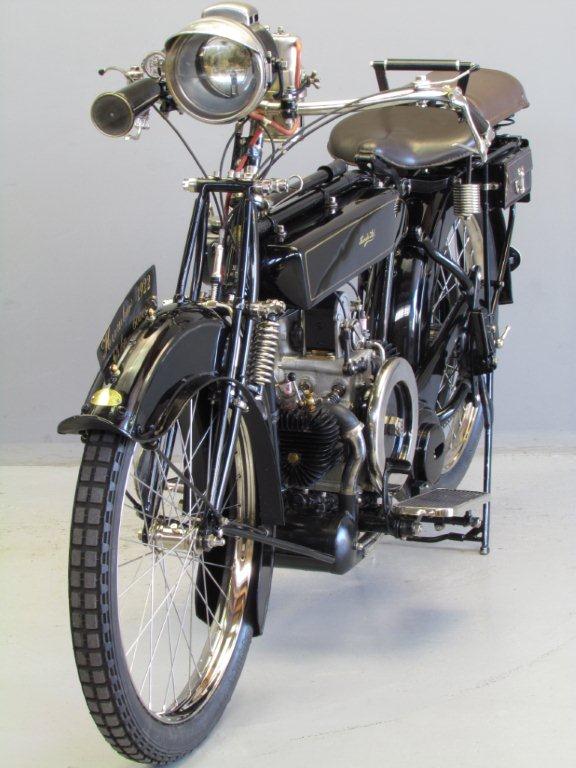 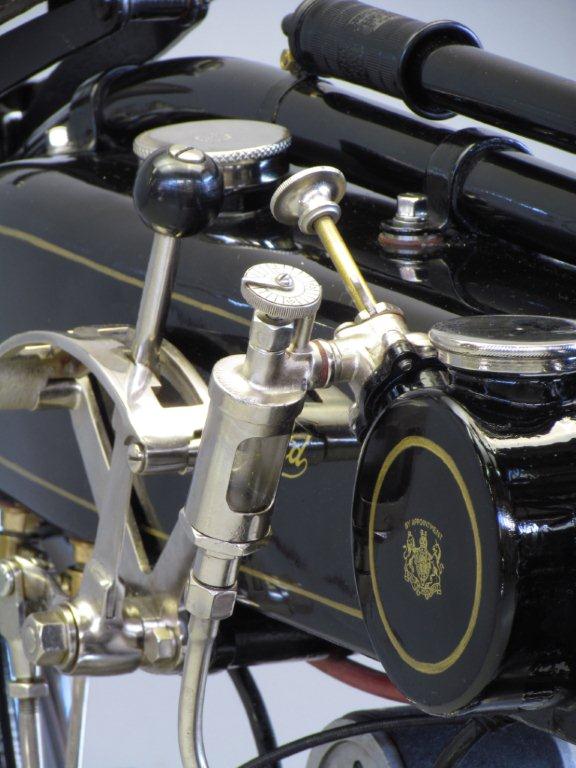 A  Coventry firm with its roots in the Victorian bicycle industry, Humber begins experimenting with powered transport in the closing years of the 19th  century, introducing its first successful motorcycle  -a  built-under-license P&M – in 1902 and the first all-Humber design in 1908.
A 500 cc side valve, this new 3 HP model  carries its engine in the conventional position and features belt drive to a two-speed rear hub.
V-twin and flat twin models follow  and in 1915 a new water-cooled 6HP  flat twin is introduced, with bore x stroke of 78 x 78 mm.
In 1916  another new model  is introduced,  an air-cooled 3 ½ HP flat twin with bore and stroke dimensions of 68x 68.75 mm.
After 1916  Humber gets more and more seriously involved in the war effort and eventually motorcycle production comes to a halt.
In 1920 a new  flat twin is introduced,  it actually is an updated version of the old 3 ½ HP model.
It is meant both for solo and sidecar work and is a refined and beautifully constructed machine.
It is very quiet and flexible and Humber refers to it as “The Silent Humber”.
The model is listed for two years, after 1923  till the end of motorcycle production in 1930 Humber is to produce  machines in the 350 cc class only.
This fine machine has been excellently restored.