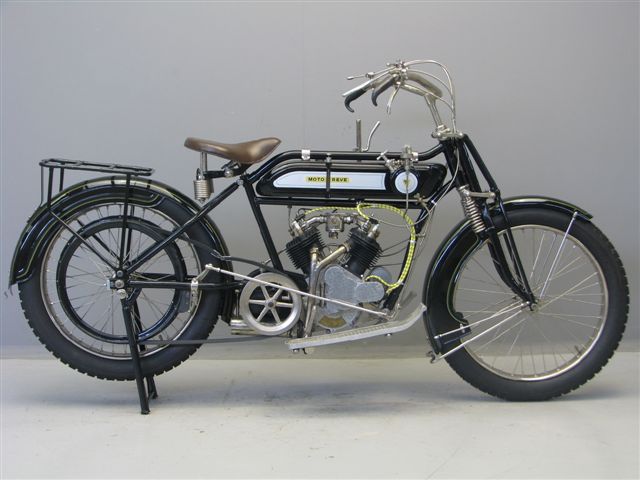 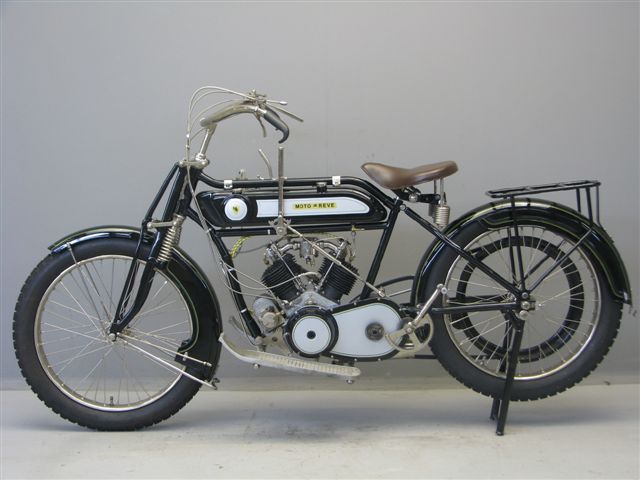 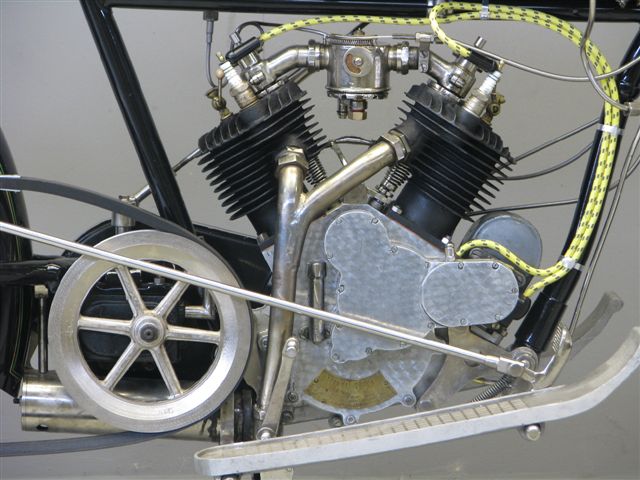 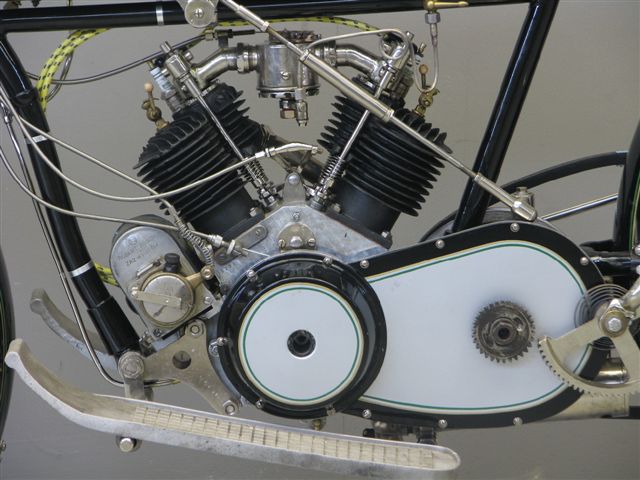 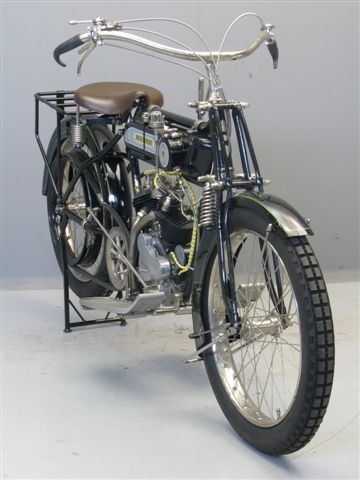 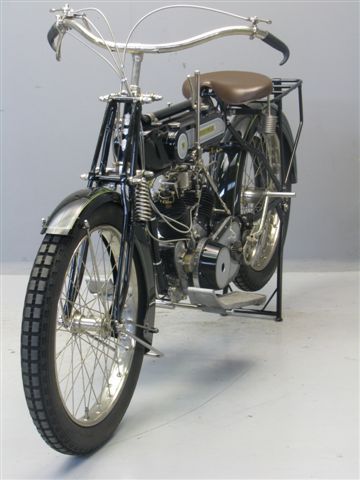 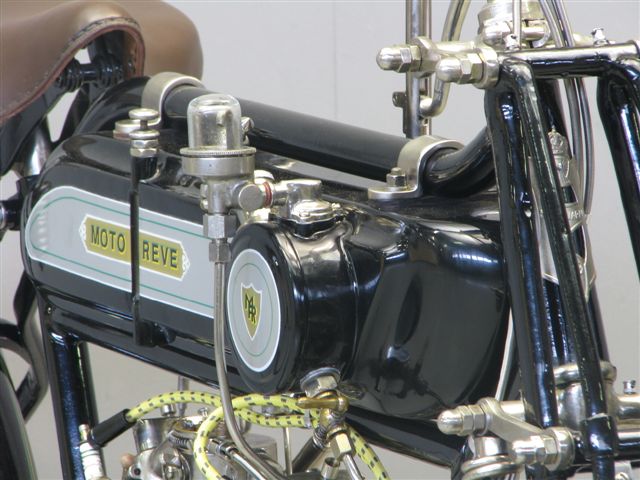 At first  Belgian FN engines were used,  from 1910   Husqvarnas  were equipped  with  Moto-Rêve engines but they were real Swedish bikes: from the first Husqvarna/Moto-Rêve motorcycle a Husqvarna frame was used.
Husqvarna had a long tradition producing bicycles and made the frames themselves. At  first glance both  frames look the same,  but Swedish frames are 25mm longer and the tubes are thicker. In Switzerland external lugs were used to connect the tubes, Swedish frames have internal lugs and  look more elegant.
The cooperation between Husqvarna and Moto-Rêve ended in 1918.
Only 48 bikes were sold in that year. Husqvarna started their own engine production in 1919 with the model 150.
This model 75A was built by the end of 1916 and already has the new 550 cc engine.
It was delivered on January 4, 1917 to Husqvarna General Depot in Stockholm and then sold off to Nässjö.
Probably less than 300 machines of this type were made between 1914 and 1917.
It is equipped with Bosch magneto, aluminium footboards, two speed gearbox and belt secondary drive.
This rare bike is a nice optically restored machine .