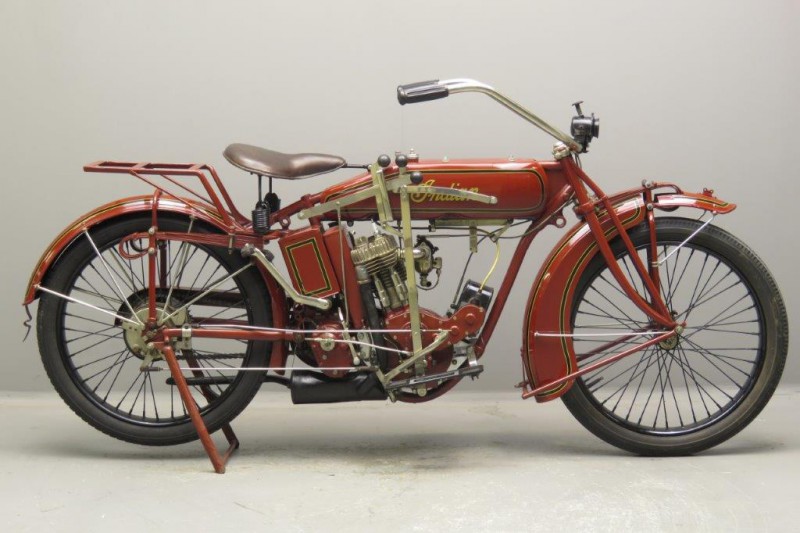 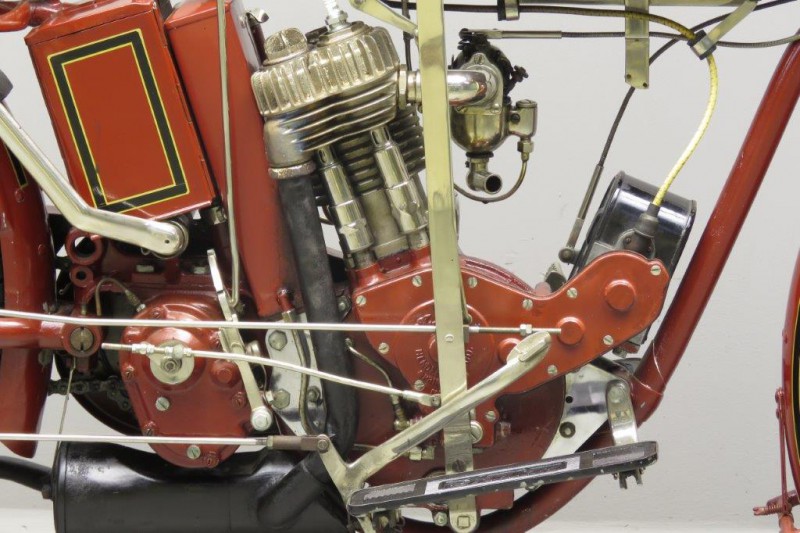 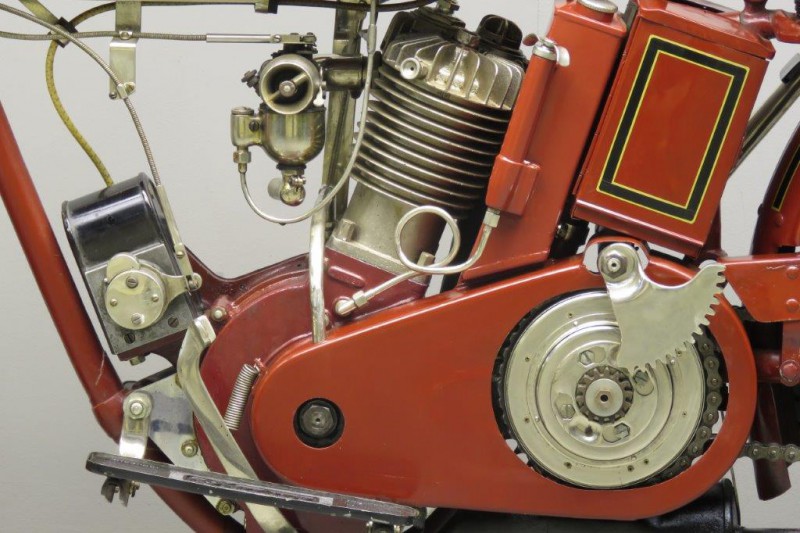 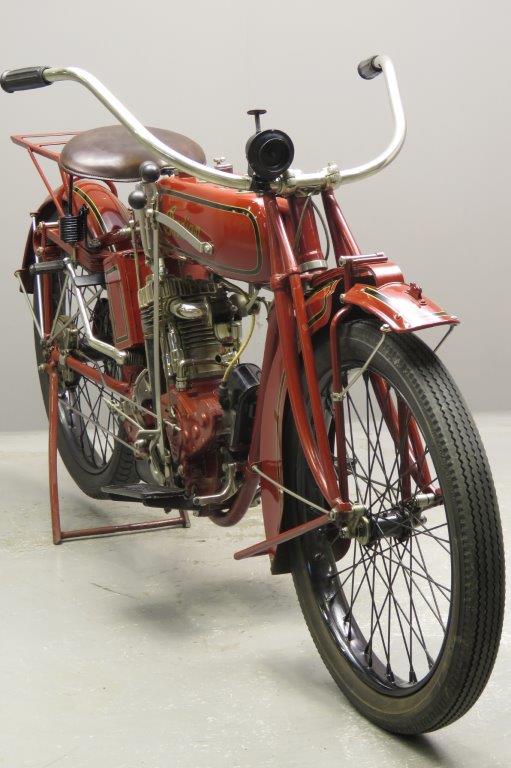 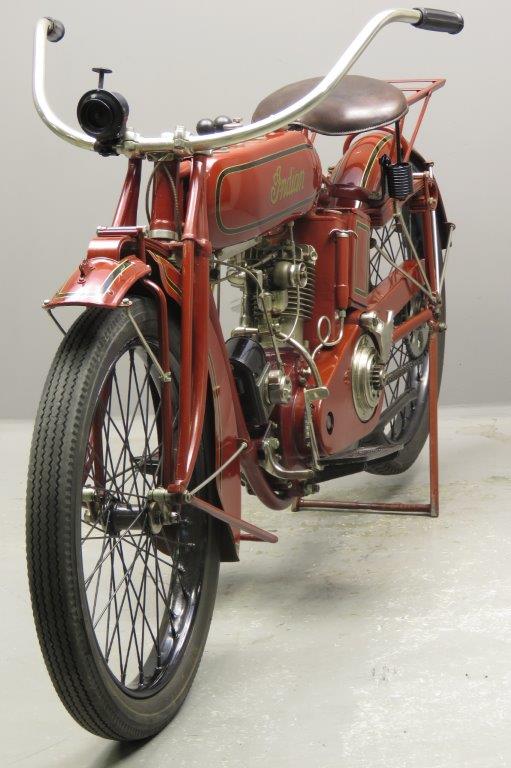 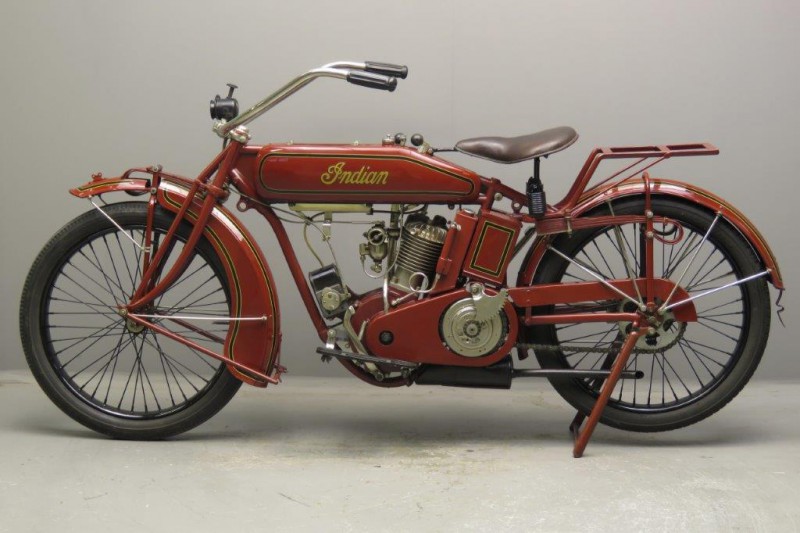 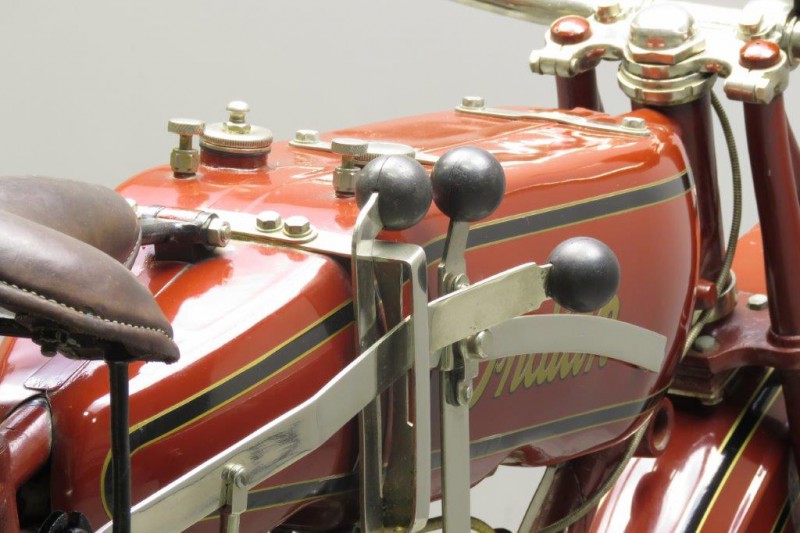 The Indian PowerPlus engine was a design of Charles Gustafson, who had already earned fame as an engine designer at the Reading Standard company before he was approached by the Indian management.
His task was to design a powerful, robust, reliable and production friendly engine to replace the old F-head V-twin design of Oscar Hedstrom.
The resulting 61” side valve PowerPlus introduced in 1916 was an immediate success: it turned out to be very robust and reliable and had a healthy power output that reached 18 HP in its final versions.
“So basically sound was last year’s highly developed  Big Twin that very few changes or refinements were evolved by the Indian’s expert engineers after a year’s constant research and laboratory experiments” , the 1918 catalogue  boasted.  Some  notable changes were the adoption of wire controls to replace the somewhat complex array of rods, bell cranks and universal joints and the new style of handlebars “curving gracefully downward at a short distance from the handgrips.
This affords an easy, comfortable position  conforming to the natural position of the hands, eliminating finger strain and wrist stiffness.”
A third visible change was the new type of valve lifter control.
The 1917 model lifted the valves  by means of the right handlebar grip, from 1918 it’s effected by a short lever behind the gearshift quadrant.
We find three knobs there now:  clutch lever, gearshift and valve lifter.
The PowerPlus single was introduced in 1917: it was  marketed as a commercial sidecar hauler, to be used in combination with the Indian Parcel  Car.
It  gave  ample power and the utmost economy in running and maintenance costs.
This restored machine is a good runner.