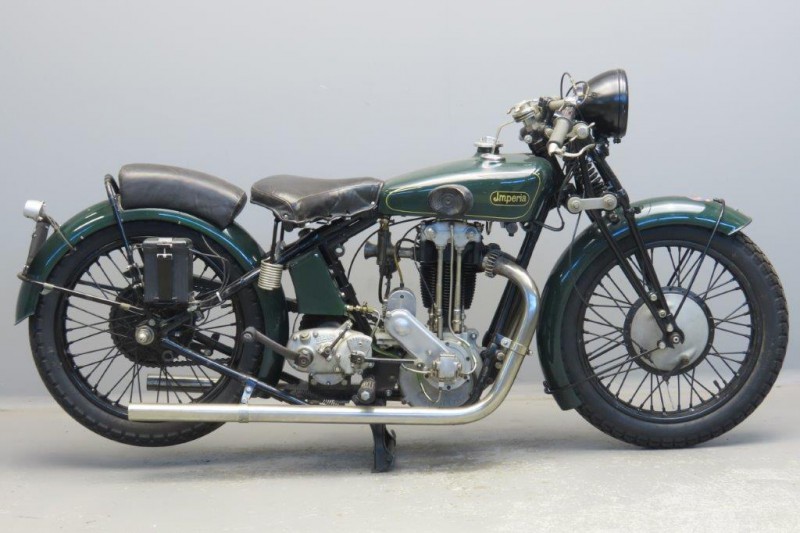 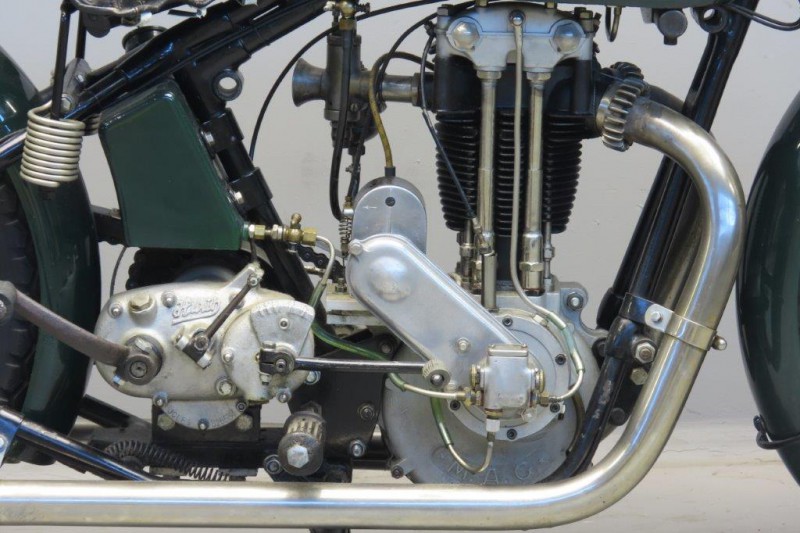 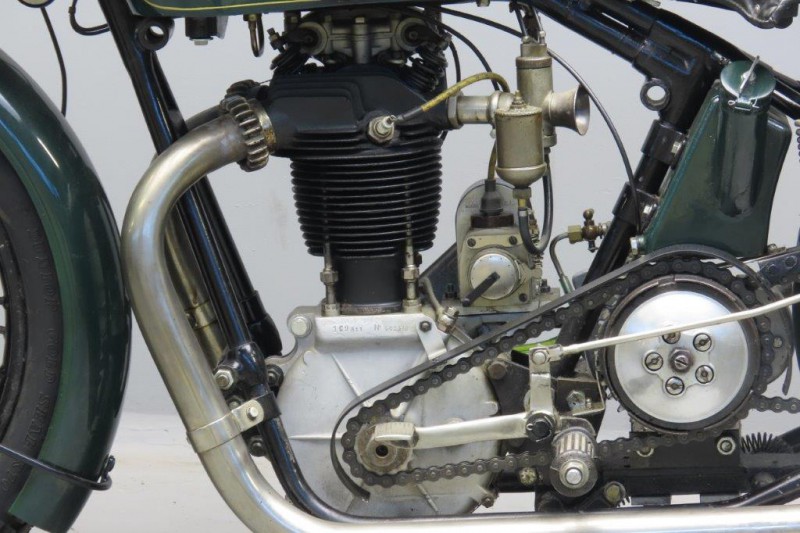 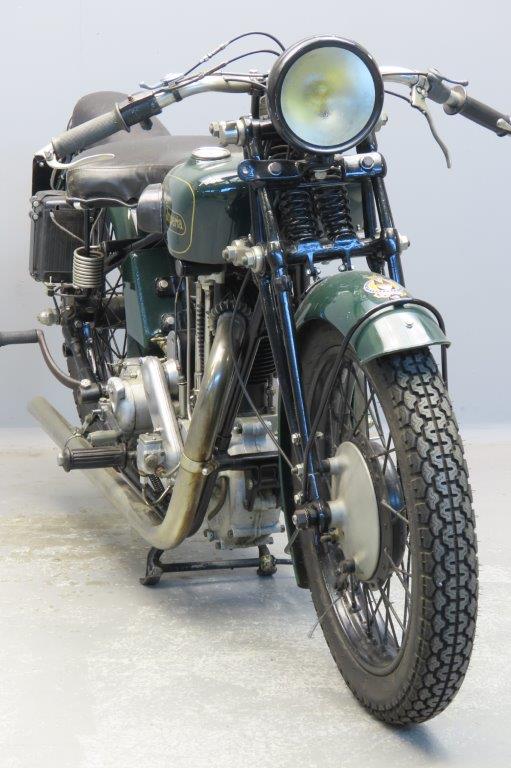 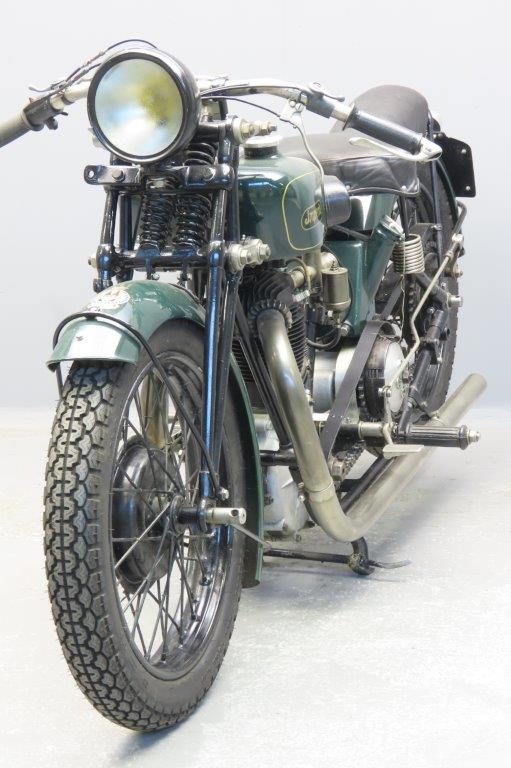 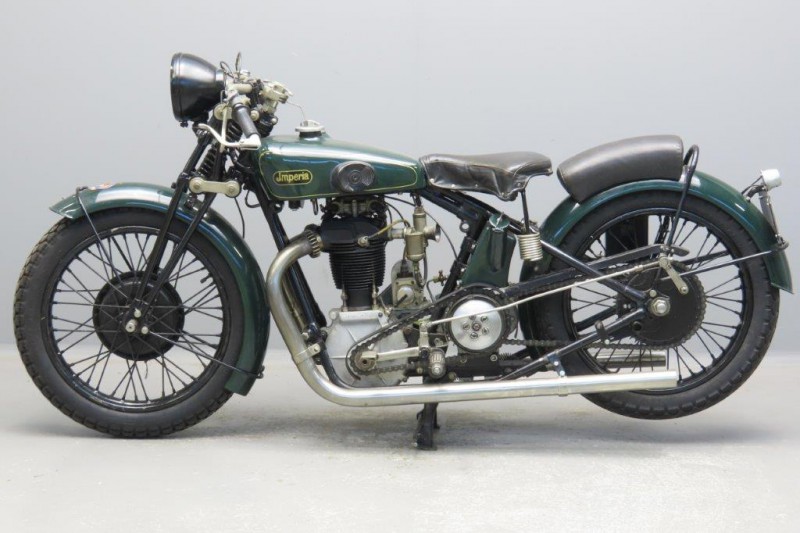 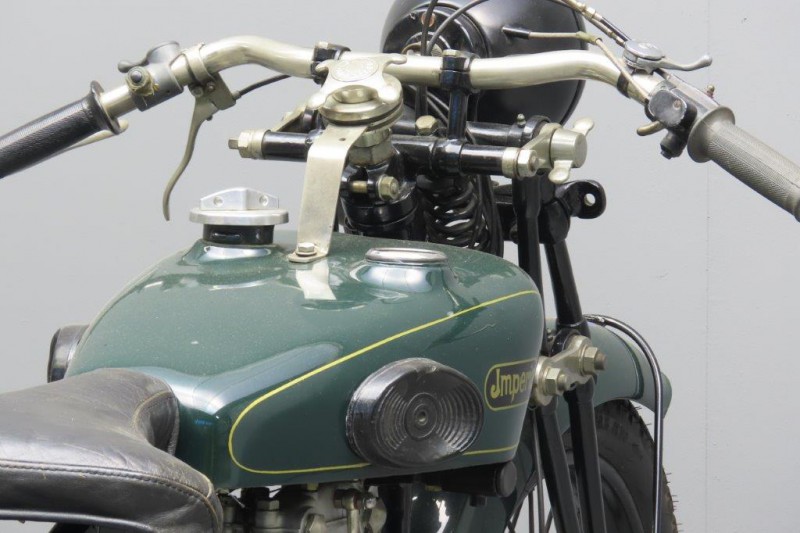 The company was formed in 1924 in Cologne under the name „Kölner Motorrad- und Maschinenbau Dr. Franz Becker“ (K.M.B.).
One year later the „Imperia“ name was first used and in 1926 the company was bought by Rolf Schrödter, who moved the production facilities to Bad Godesberg.
Imperia had gained a good reputation in the first years of its existence, the make built sporty machines with engines from MAG, JAP, Blackburne and Bradshaw.
Imperia machines won many races and sales were good.
In the late twenties the „500 Sport“ with an output of more than 20 HP was a very successful model.
In 1933 a racing model with Python four valve engine was marketed and many victories were gained in races.
When the Nazis put very high import taxes on foreign engines Imperia had to look for German-built power sources but this proved unsuccessful.
In 1935 Imperia motorcycle production was ended.
The range for 1930 comprised three models which were all new.
The 593 cc „Berggeist“ with IOE MAG engine produced 15 HP and had a top speed of 110 km.
The OHV „Sport 500“ produced 22 HP and was 10 km faster.
Top model was the 672 cc „Rheingold“.
This model was powered by a JAP OHV v-twin and its 26HP made for a top speed of 140 km.
The Sport 500 on offer is fitted with a built-in VDO speedometer, steering damper,straight through exhaust, bum pad and practical centre stand.
She’s an older restoration and comes with Bosch electrics, Gurtner carburettor and Hurth four speed foot change gearbox.