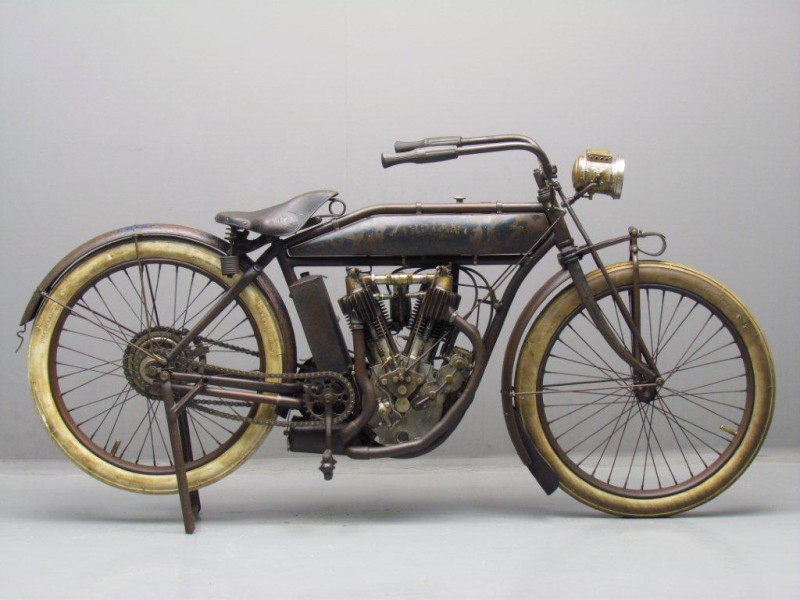 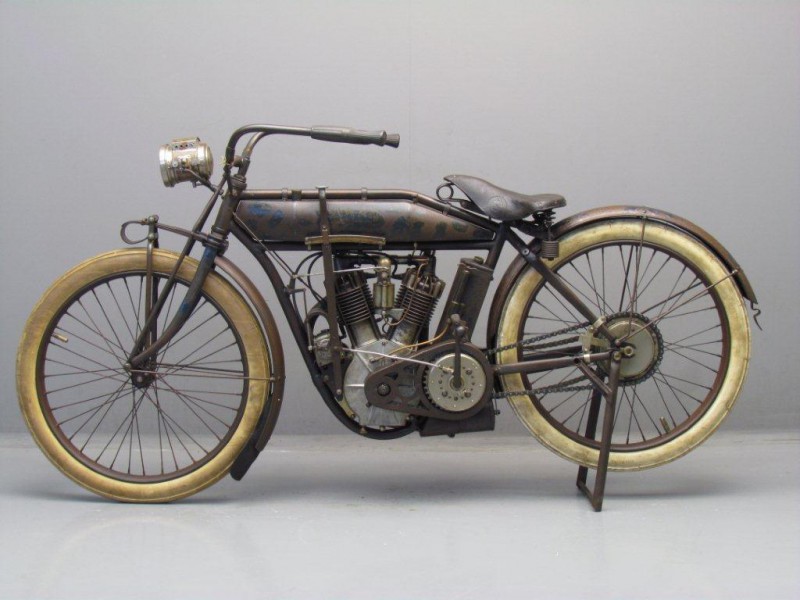 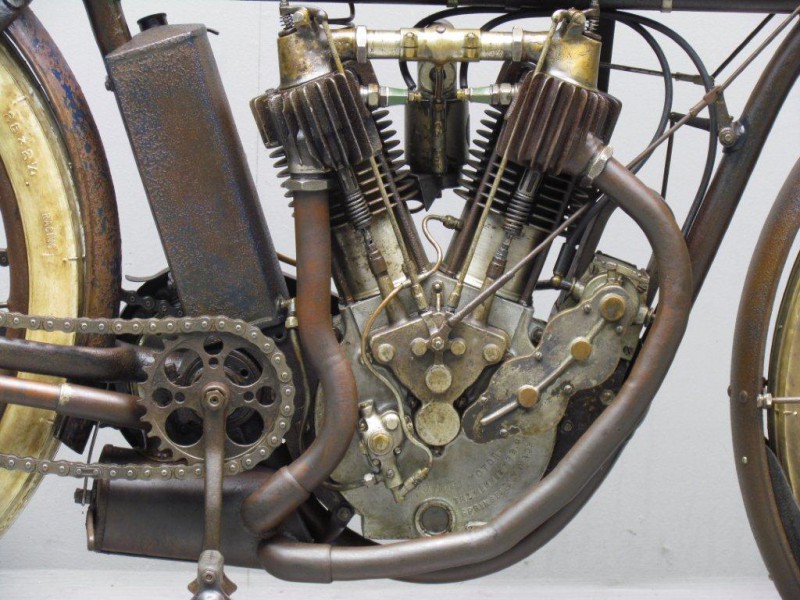 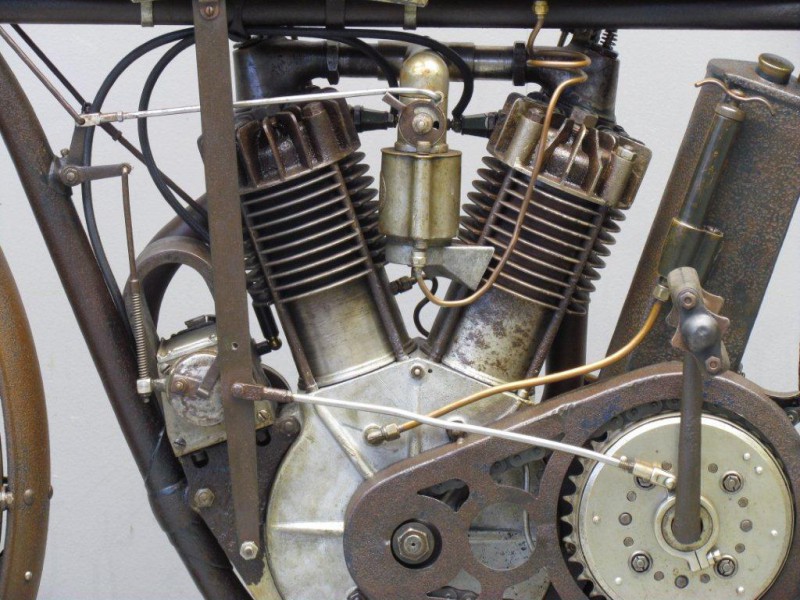 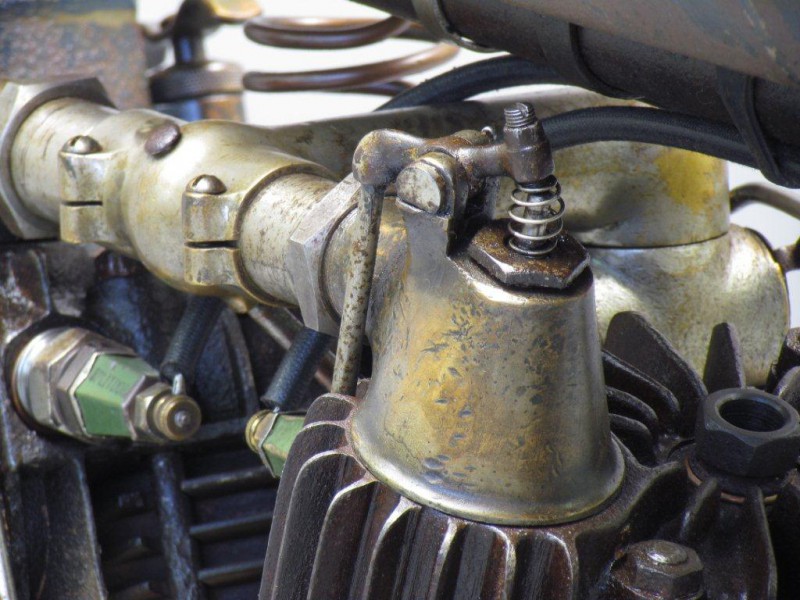 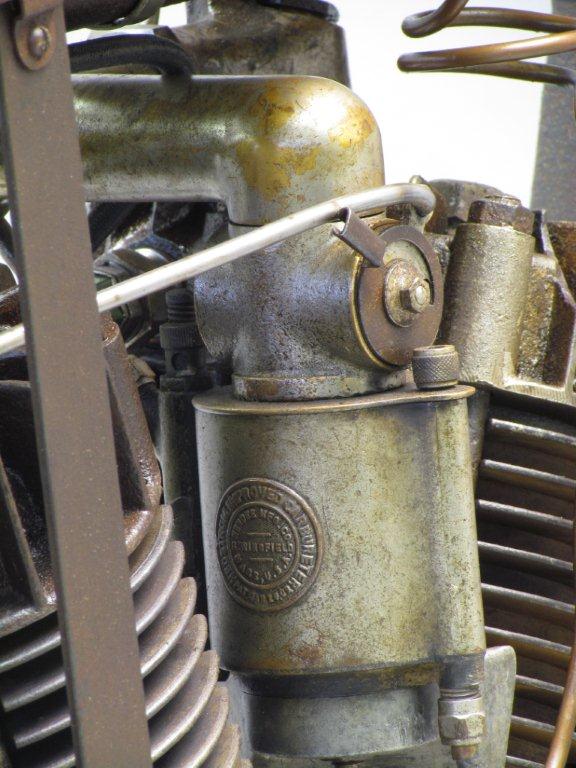 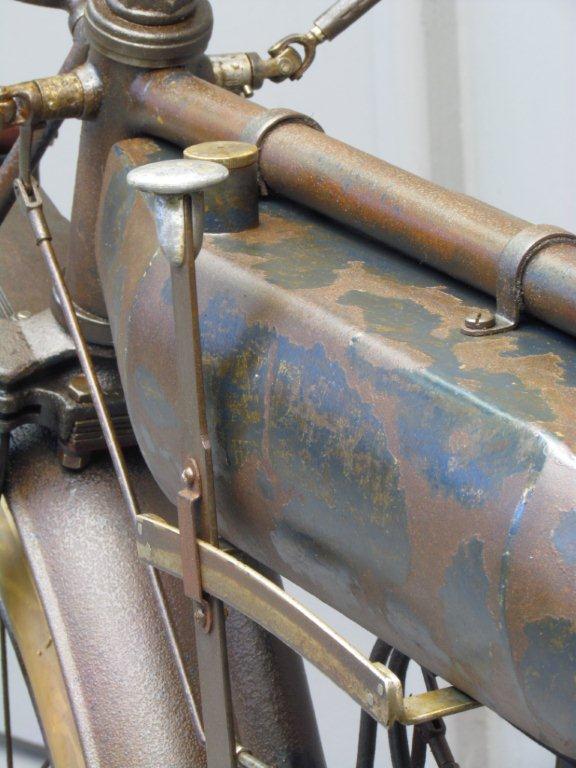 Oscar Hedstrom and Oliver Hendee, both active in the cycle racing world, got together to found the Hendee Manufacturing Company and build the first prototype Indian motorcycle in 1901.
That first machine was powered by a single-cylinder,  ‘F-head’ (inlet over exhaust) engine that formed part of the ‘diamond’ frame, in the Indian’s case it sloped rearwards
to act as the seat tube. An advanced feature in motor cycling’s early pioneering days, chain drive was used by Indian right  from the start.
The Indian single proved immensely successful and provided the basis for the first of the powerful, large-capacity v-twins for which the marque is best remembered.
Indian’s first, 38.61ci (633cc) v-twin appeared in 1907 with an engine clearly derived from that of the single, though mechanical inlet valves – introduced for 1908 – were an early improvement.
The twin’s rear cylinder continued to form part of the frame until 1909 when a loop frame of the type favoured by rivals Harley-Davidson was adopted.
The Springfield Company’s first ‘Big Twin’ debuted that same year displacing 61 ci (988cc).
For 1911 Indians  were available in capacities of  2 ¾  HP and 4 HP singles and 5 HP and 7 HP twins.
The latter two models were made with magneto ignition only, the singles could also be had with battery and coil ignition.
There was even a 4HP single with belt drive.
During 1910 Indian had already supplied a number of machines with 2 speed gear and clutch and for 1911 improved versions were available that could be fitted on the 4 HP and 7 HP models, albeit at an extra layout of no less than $ 50.
That was a substantial sum given the respective $250 and $300  price tags.
A  “one year only”  feature of the 1911 model is the exhaust of the front cylinder which is perpendicular to the cylinder instead of being directed downwards as in other production years.
This machine has been finished in the standard Royal Indian blue of which still traces are present.