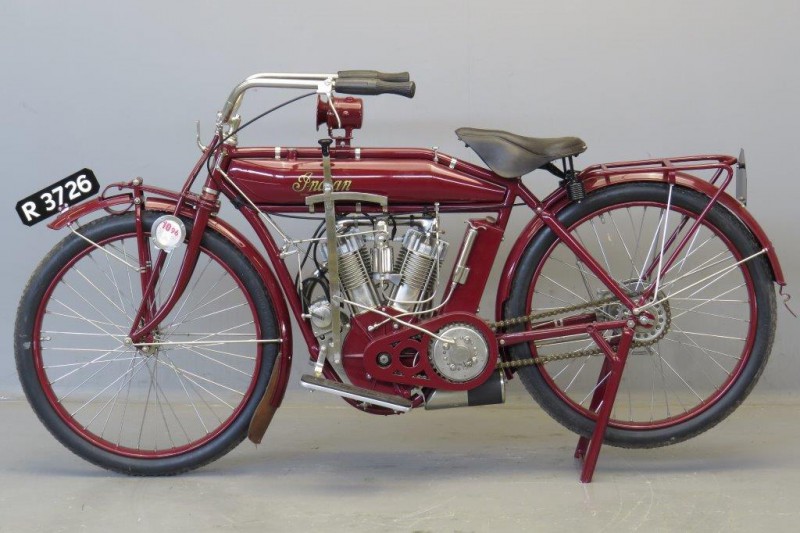 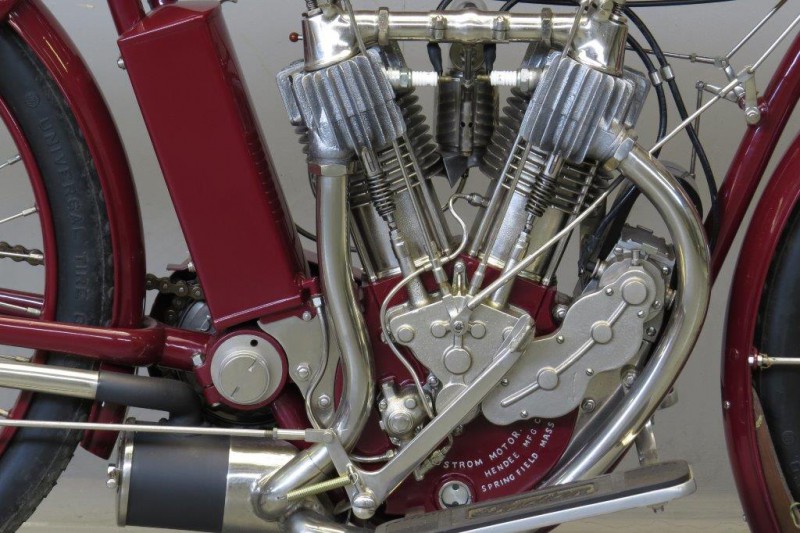 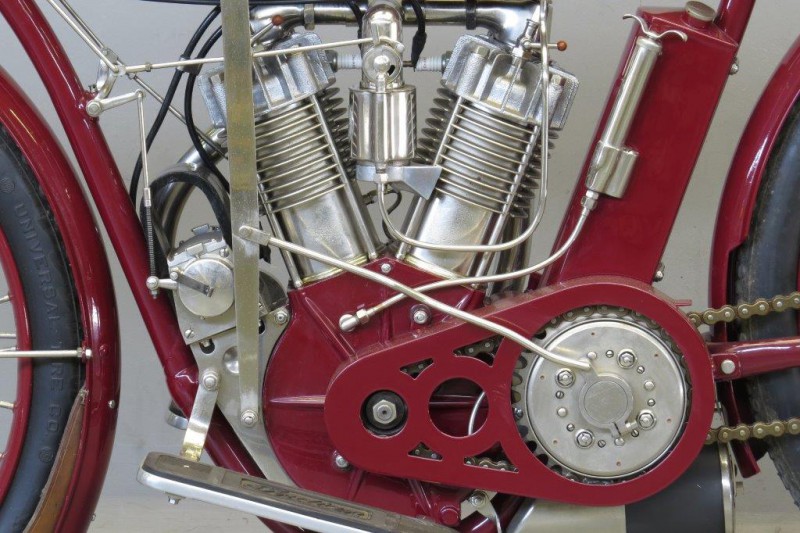 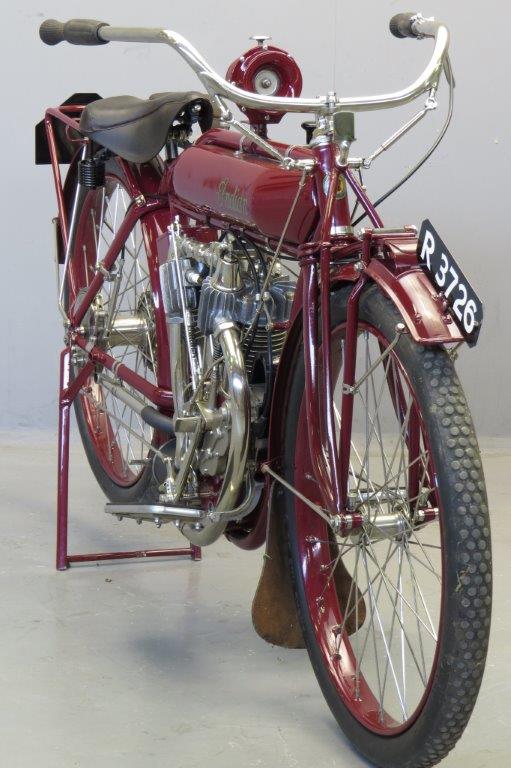 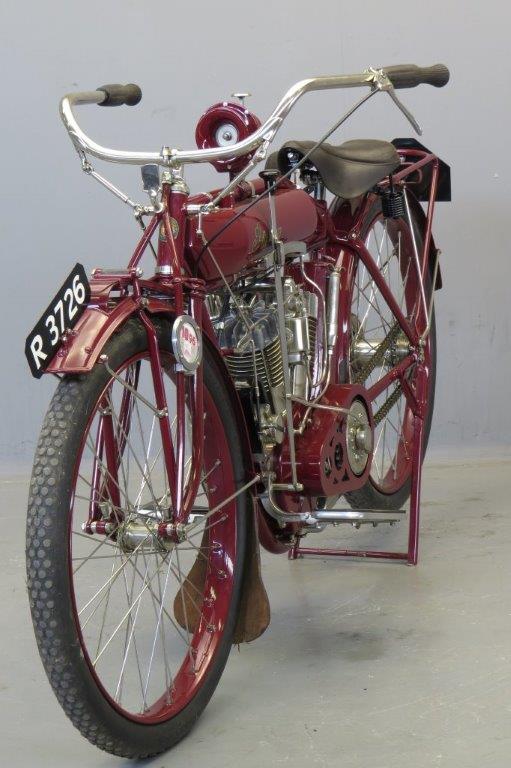 Indian’s first, 38.61ci (633cc) v-twin appeared in 1907 with an engine clearly derived from that of the single, though mechanical inlet valves – introduced for 1908 – were an early improvement.
The twin’s rear cylinder continued to form part of the frame until 1909 when a loop frame of the type favoured by rivals Harley-Davidson was adopted.
The Springfield Company’s first ‘Big Twin’ debuted that same year displacing 61 ci (988cc).
For 1911 Indians  were available in capacities of  2 ¾  HP and 4 HP singles and 5 HP and 7 HP twins.
The latter two models were made with magneto ignition only, the singles could also be had with battery and coil ignition.
There was even a 4HP single with belt drive.
During 1910 Indian had already supplied a number of machines with 2 speed gear and clutch and for 1911 improved versions were available that could be fitted on the 4 HP and 7 HP models, albeit at an extra layout of no less than $ 50.
That was a substantial sum given the respective $250 and $300  price tags. The good news was that the 1910 type clutch was now standard equipment on all 1911 models.  A quote from the catalogue:  “The rider can with ease and certainty run his machine at a walking pace in a crowded street, stop and start again without stopping his motor; and the machine can be started on a rough road where there is no possibility of starting by the usual methods.”
A  “one year only”  feature of the 1911 model is  that the  front cylinder exhaust   is perpendicular to the cylinder instead of being directed downwards as in other production years.
Indians were already imported and competing in Trials in Britain before 1910  but July 3d 1911 heralded   a very successful period   for the Springfield make in Britain.
Godfrey, Franklin and Moorhouse shocked the British nation by gaining 1st, 2nd and 3d places in the Manx TT  that day with their 2 speed sleeved down “Little Twins”.
At some in the distant  past the 1911 type  rear hub of this shiny beauty has been replaced by a more rugged 1913 model, which was fitted with Timken roller bearings instead of ball bearings; riding comfort was enhanced by  replacing the bicycle-type pedals by footboards.
This beauty has spent  her whole life in Britain and is a Stafford Show Winner.