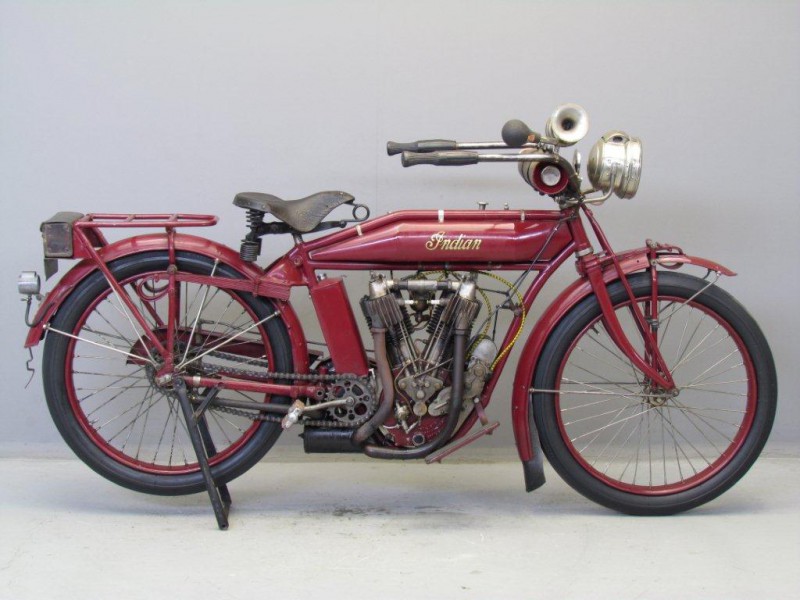 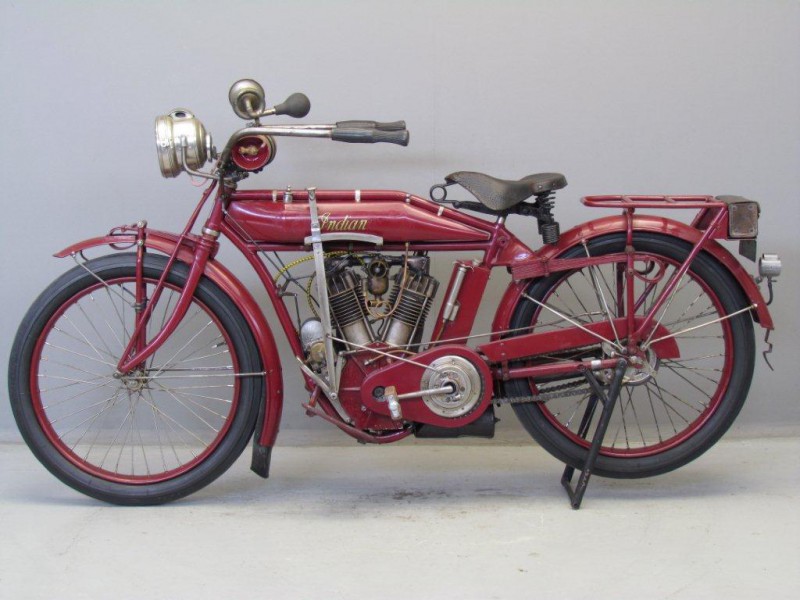 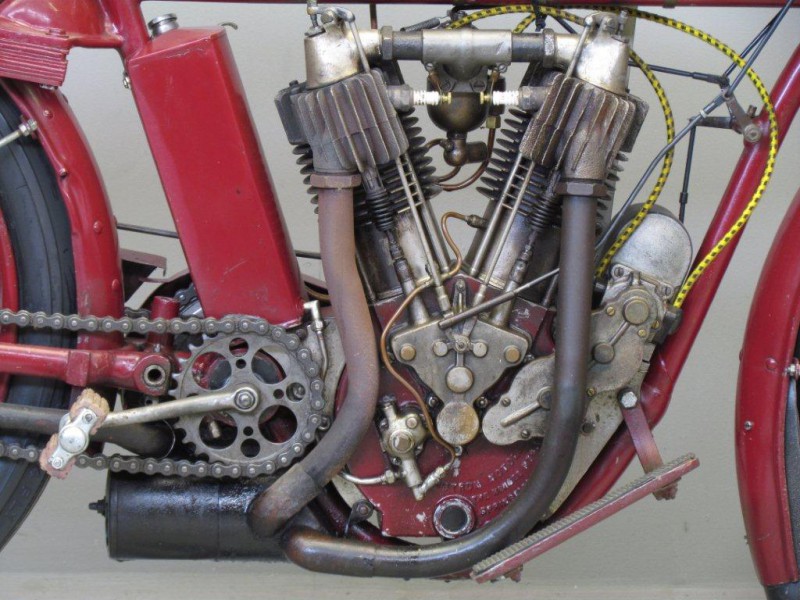 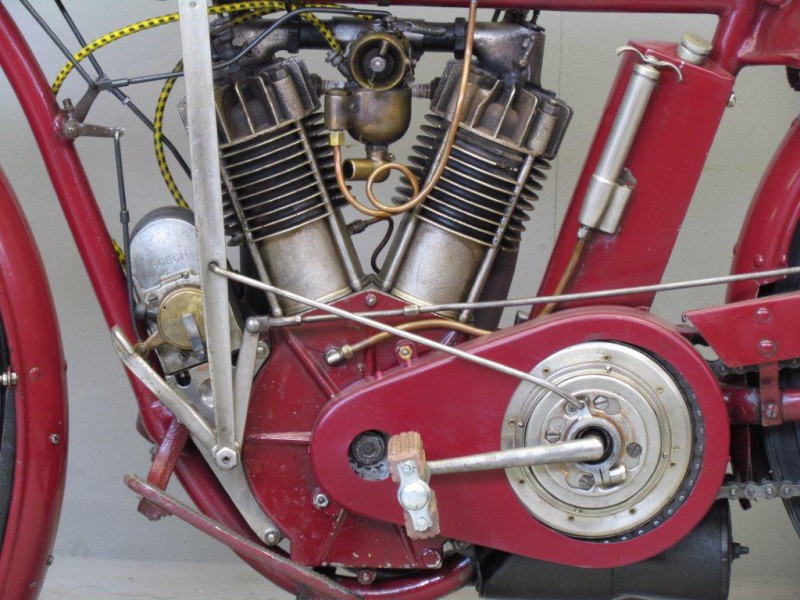 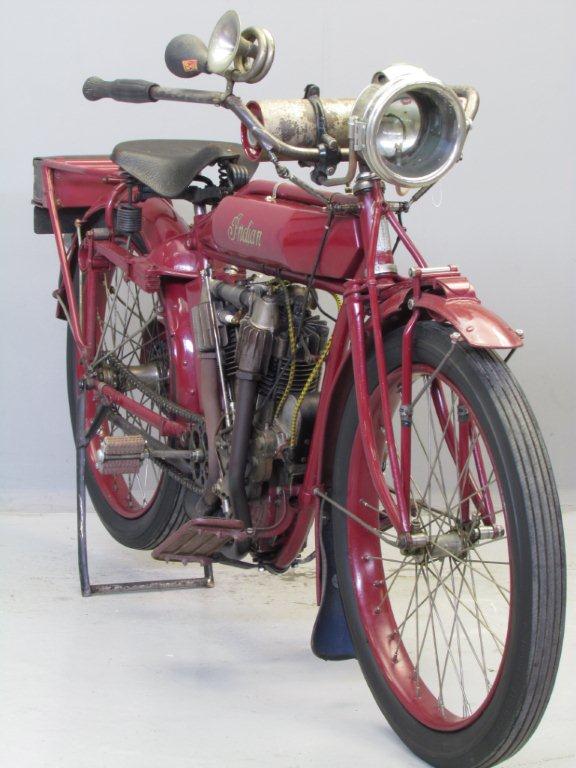 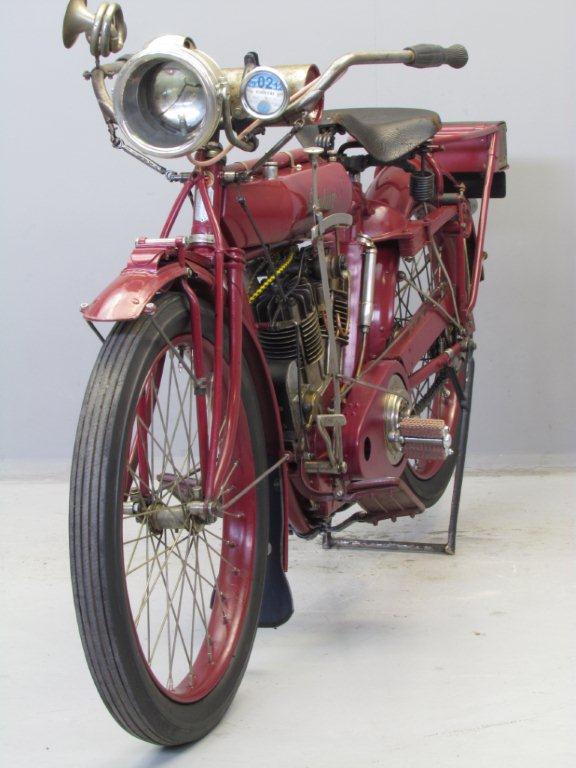 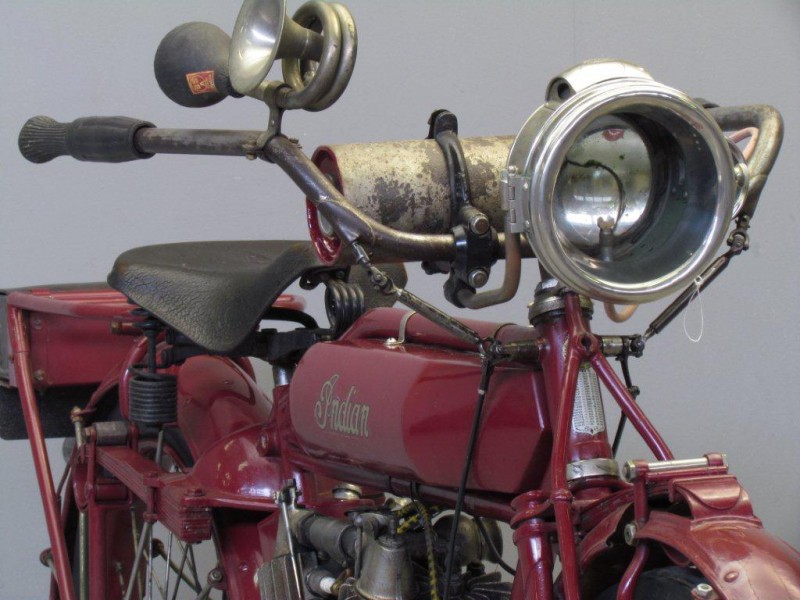 George M. Hendee and Carl Oscar Hedstrom, both active in the cycle racing world, got together to found the Hendee Manufacturing Company and build the first prototype Indian motorcycle in 1901.
Indian's first v-twin appeared in 1907 with an engine clearly derived from that of the original single-cylinder model, though mechanical inlet valves – introduced for 1908 – were an early improvement.
The twin's rear cylinder continued to form part of the frame until 1909 when a loop frame of the type favoured by rivals Harley-Davidson was adopted.
The Springfield company's first 'Big Twin' debuted that same year displacing 60.32ci (988cc).
Late 1912 the Big Twin was updated with Indian's innovative, leaf-sprung, swinging-arm frame but time was running out for this ageing design, which was superseded at the end of 1915 by a new 'flat head' v-twin – the Powerplus – thus bringing to an end a noble line.

This 1912 model comes generously equipped with Old Sol  acetylene  headlamp, Fidelity   rear lamp, Prestolite  acetylene gas cylinder, 'curly' horn and nickel-plated fittings throughout.
The machine is single-geared and has a hand-operated multiple plate clutch.
Ignition is by Bosch magneto.
This splendid machine participated in the 2009 Pioneer Run.
Since then it has been fitted with a new clutch, primary chain case and toolbox, while the oil pump has been overhauled.
This powerful American V-twin comes with  Sunbeam Motor Cycle Club Pioneer Certificate no. 1793.