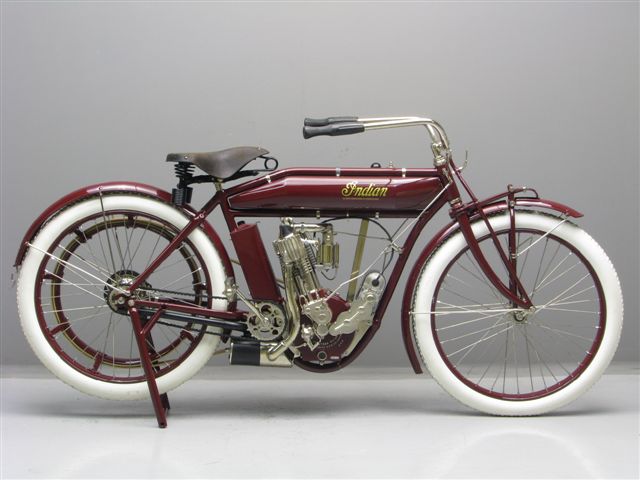 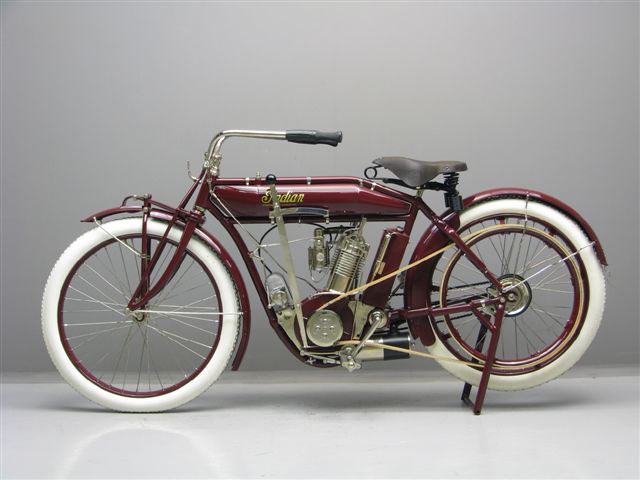 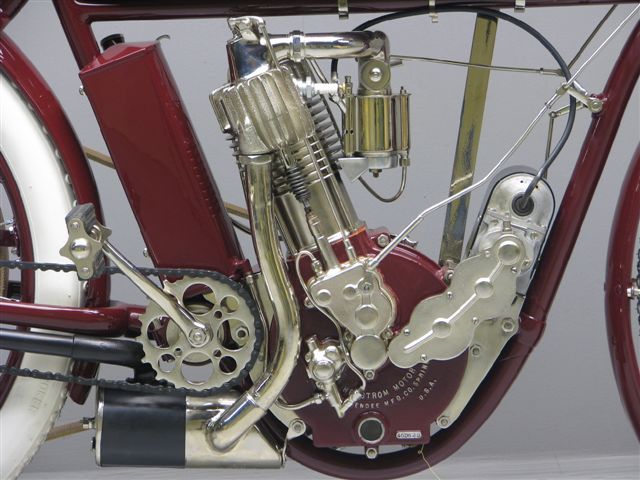 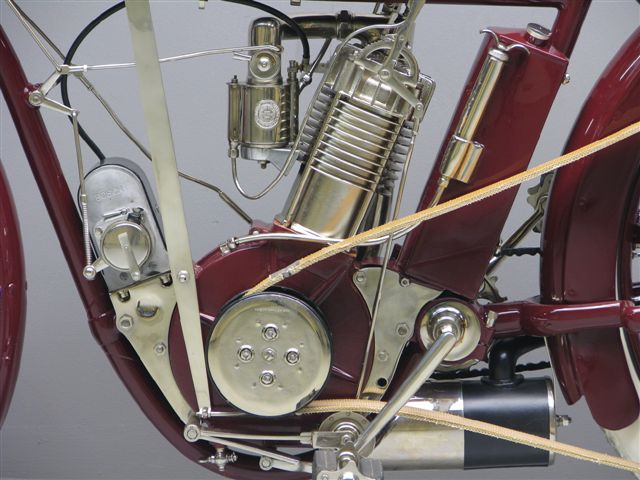 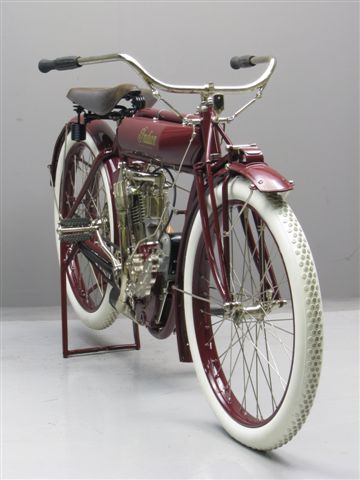 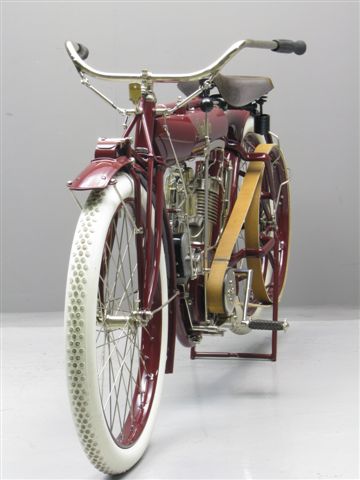 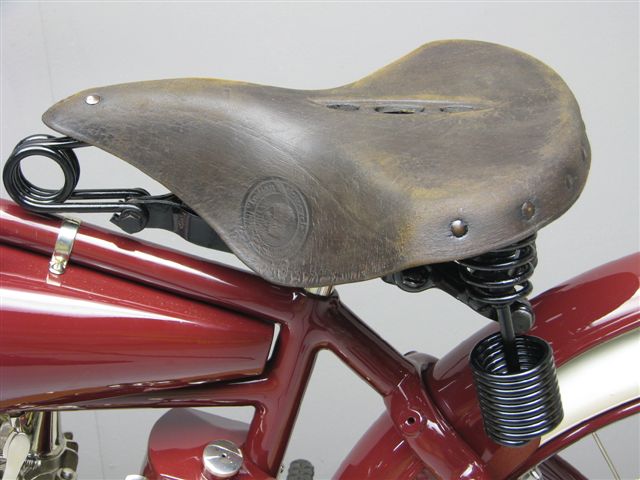 The single cylinder  Indian with flat belt drive was introduced in 1911.
Then it was made in two capacities, 2 ¾  and 4 HP.
For the 1912 season the  2 ¾  model was dropped and the belt drive 4 HP was continued with only minor modifications, a notable one  being the fitting of the new type of Bosch magneto.
This enclosed magneto was advertised in Europe as  a “waterproof” device, the 1912 Indian catalogue referred to it as “improved armored magneto”.
The belt drive was not available on the twin models because  “…the Indian motors develop such a great amount of power that to apply belt drive satisfactorily to the twin cylinder machine would require a belt of inconvenient proportions, which would  necessitate such wide pulleys that the machine would be too awkward to meet with public favor..”.
The Indian engineers have  designed a neat  and efficient clutch in the engine pulley, which is controlled by a big lever on the left side of the tank.
A spring loaded idler pulley  makes it possible to  vary the tension of the belt.
This pulley is operated by a small lever and quadrant mounted on top of the cylinder, within easy reach of the rider’s hand.
This rare en very original belt drive Indian has been restored to a very high standard.