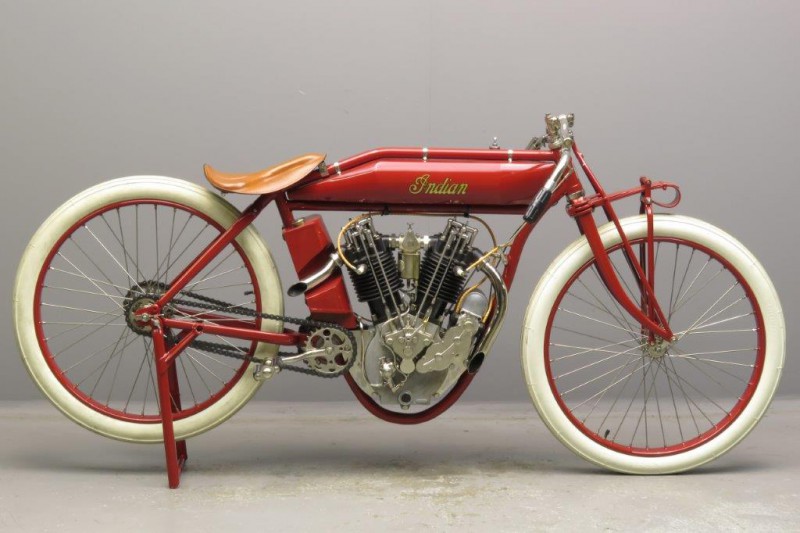 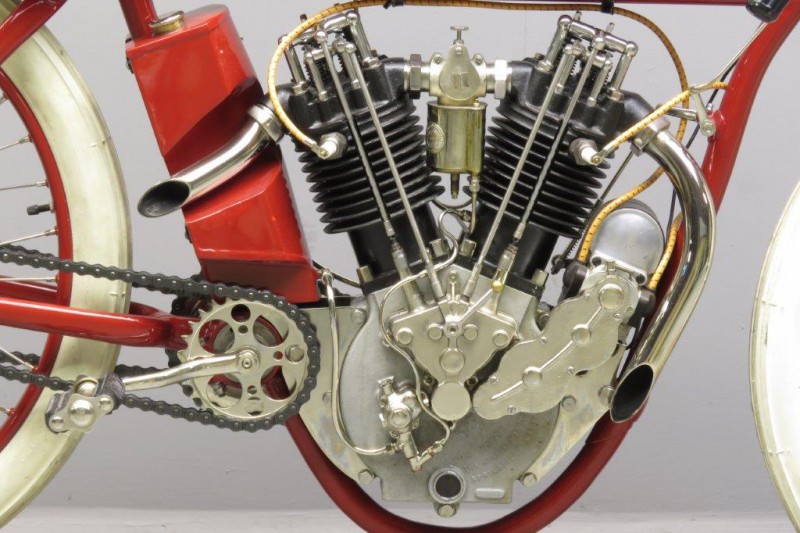 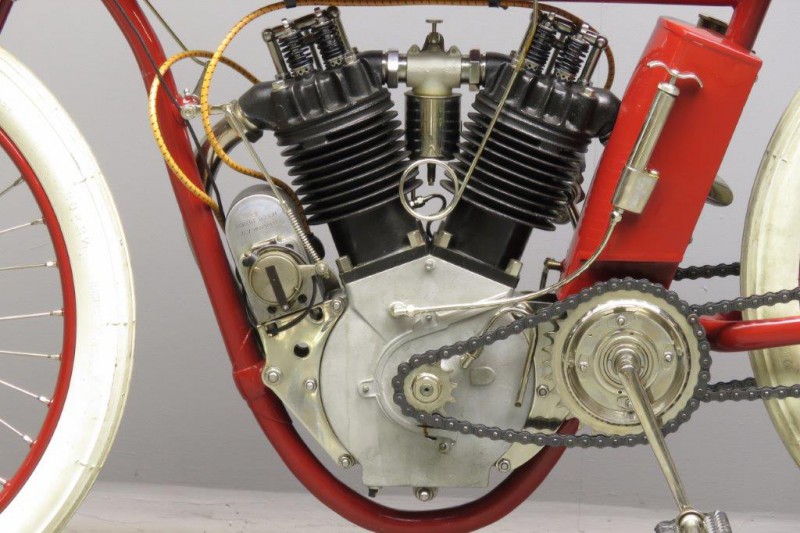 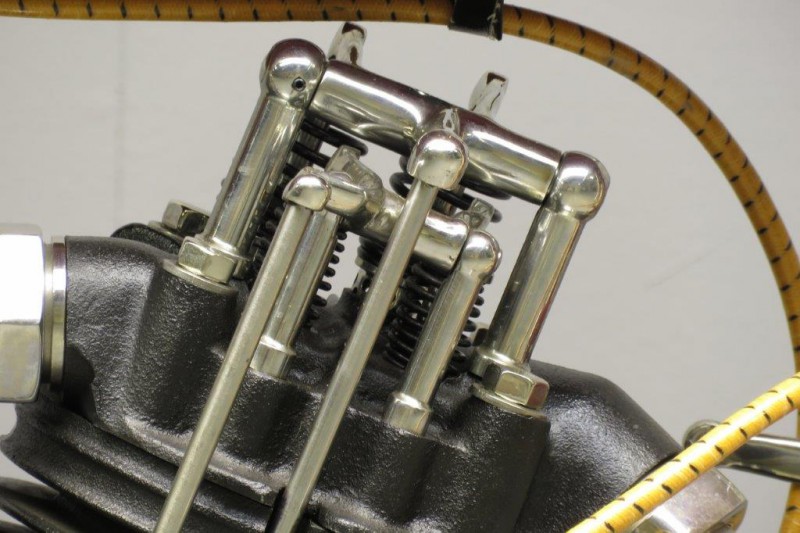 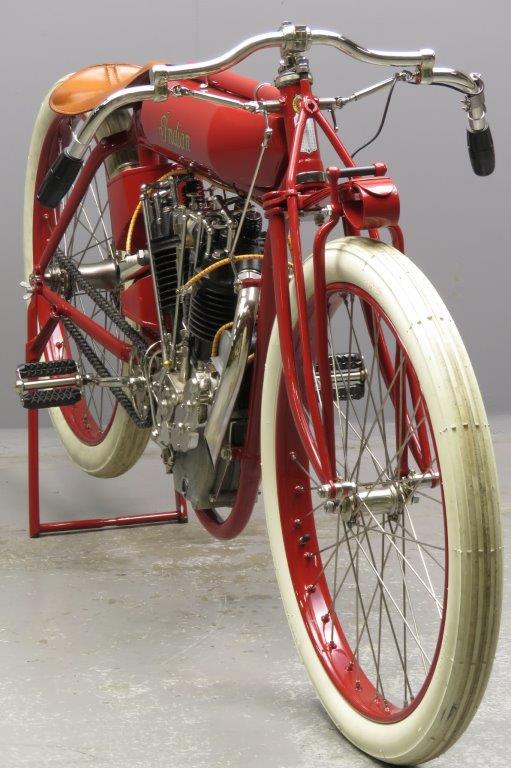 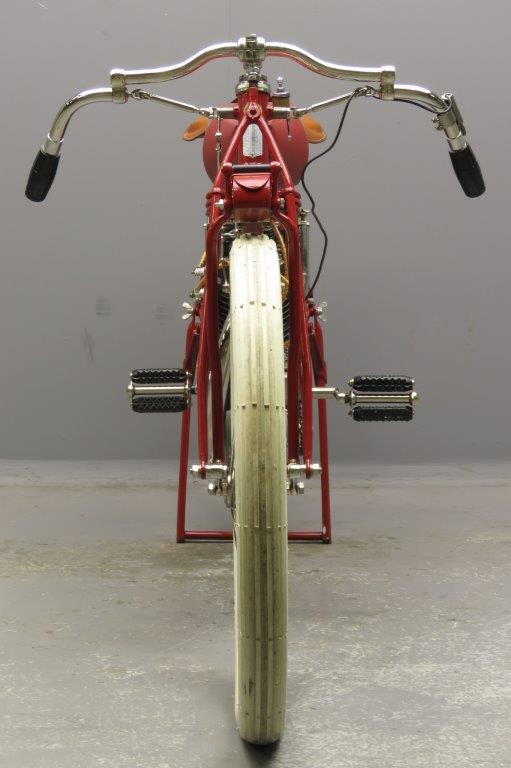 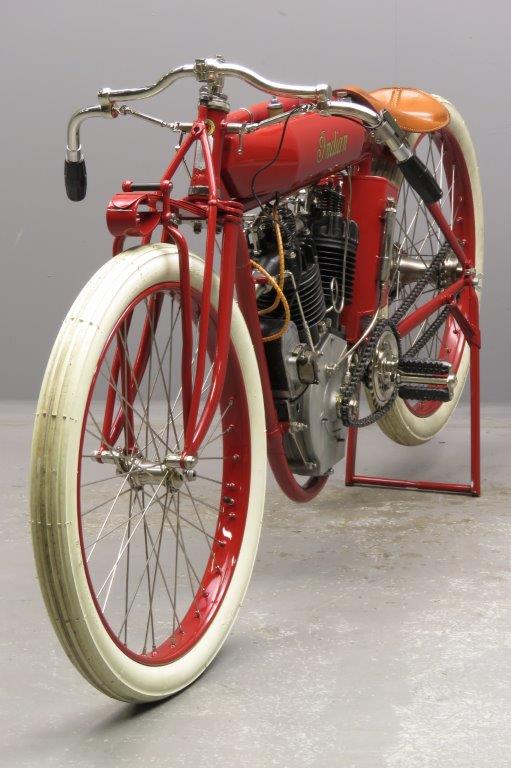 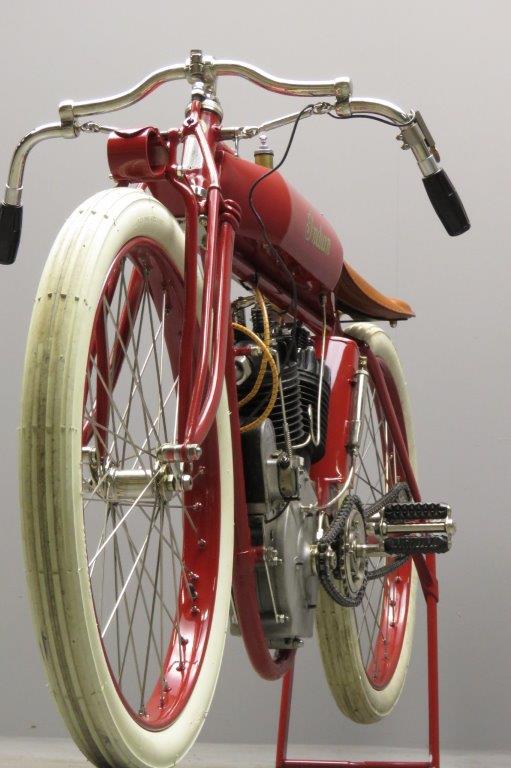 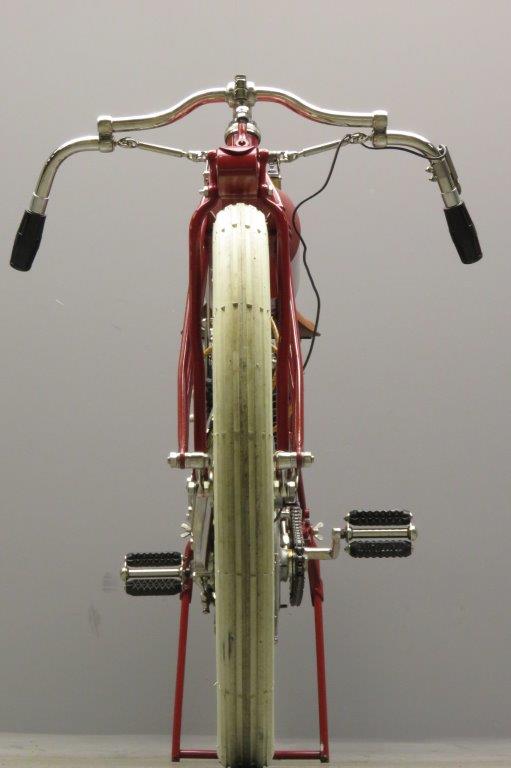 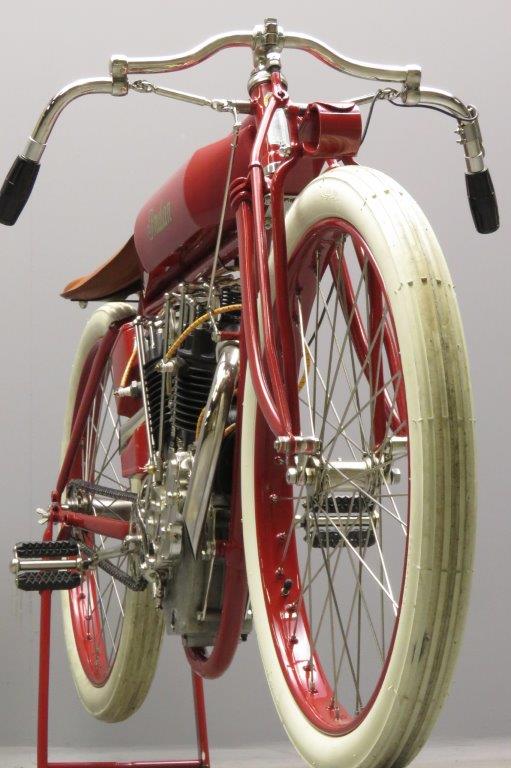 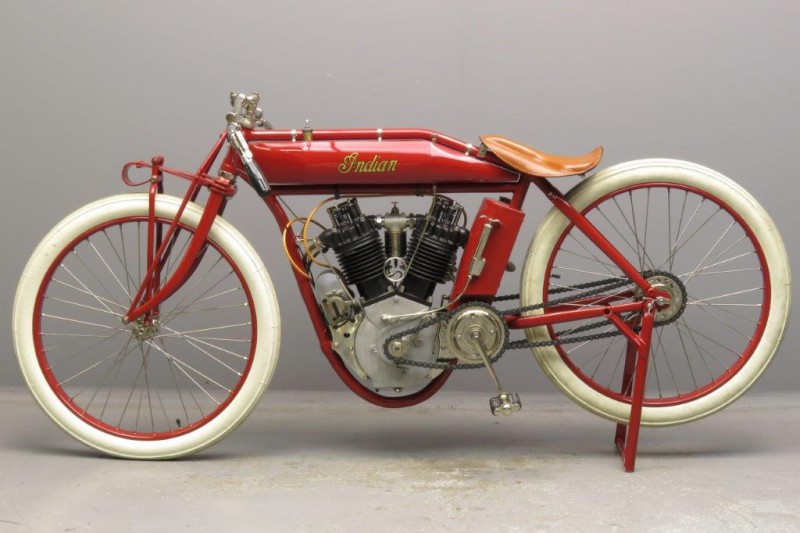 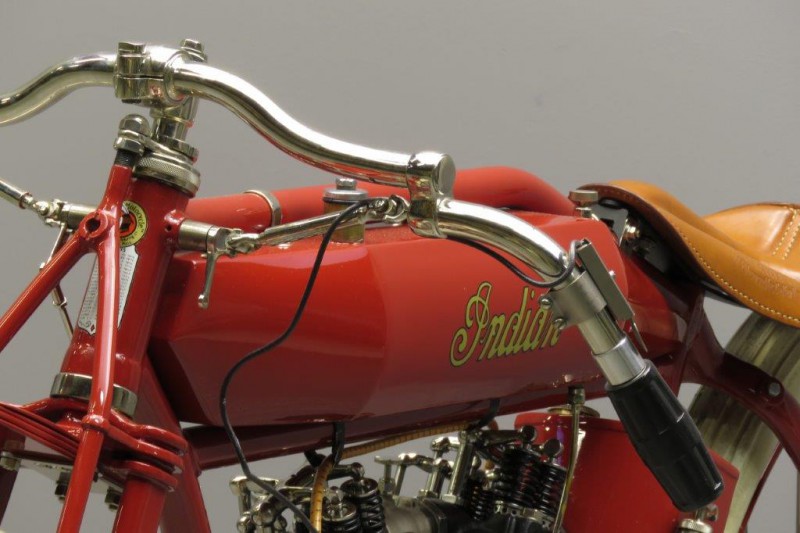 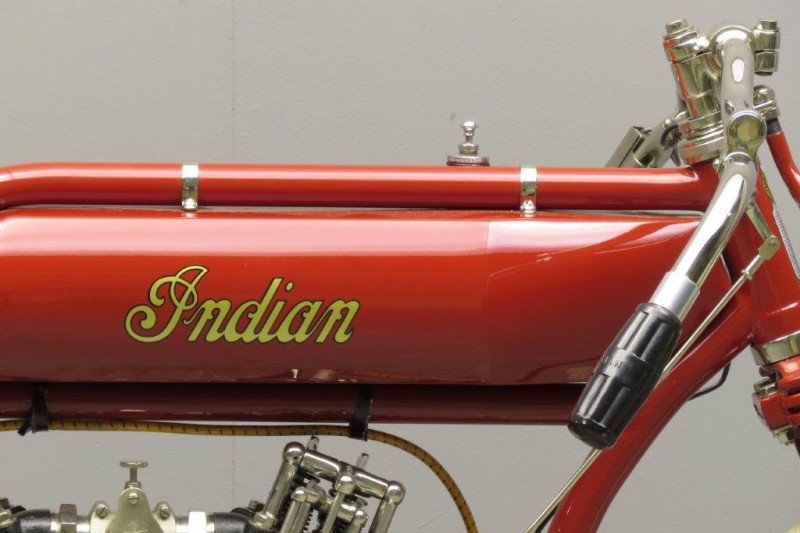 Amazing 8-valve racing motorcycle were made by the Indian Motocycle Company in the teens.
Based on the Indian twin-cylinder engine introduced in 1907, the eight-valve (four for each of the two cylinders) was created strictly for competition purposes.
The few that were made were reserved for the Class A factory racers and for qualified customers.
These machines were used mostly in board-track racing, in which riders chased around steeply banked ovals built from wood planks, at speeds of 100 mph or more and on skinny 2 1/4-inch tires and without any brakes.
To start the engine the bike was towed, pushed or got a bump-start to light the engine.
Then the rider had, in this case, only two things to operate: the left handgrip, which functioned as a spark advance and a kill switch.
Mostly, they’d leave the throttle wide open and hit the kill switch or spark advance for speed control.
This 1000cc, 61 cubic Inch 8-valve machine is equipped with the Indian Hedstrom racing carburettor.
The real stunning things are those exotic four-valve heads, operated by a pair of slender push rods.
The cylinders and heads are believed to be recent Fred Lange conversions.
At the time, most motorcycles were using inefficient inlet-over-exhaust valve or side-valve designs.
Usually the drive chain for the pedal crank was removed and was not allowed on the racers, however this racing bike still has the chain in place..
There was no clutch as such, only a compensating sprocket that acted as a sort of shock absorber if adjusted well and races were begun from a running start.
This  Indian 8-valve racer is in a splendid  condition and runs and revs up on the test bench very very well.
It is equipped with new 28×2 1/4″ clincher Firestone tires, a Mesinger racing saddle and Hedstrom racing carburettor.
Firing up this amazing piece of history, means a loud, screaming and thrilling sound and a lot of flames, through the short exhaust pipes..
It would take a brave man to exploit its full potential on the dirt or board track.
Watch the only known to exist film on early board tracking at http://www.youtube.com/watch?v=QPZY-MUx8qk