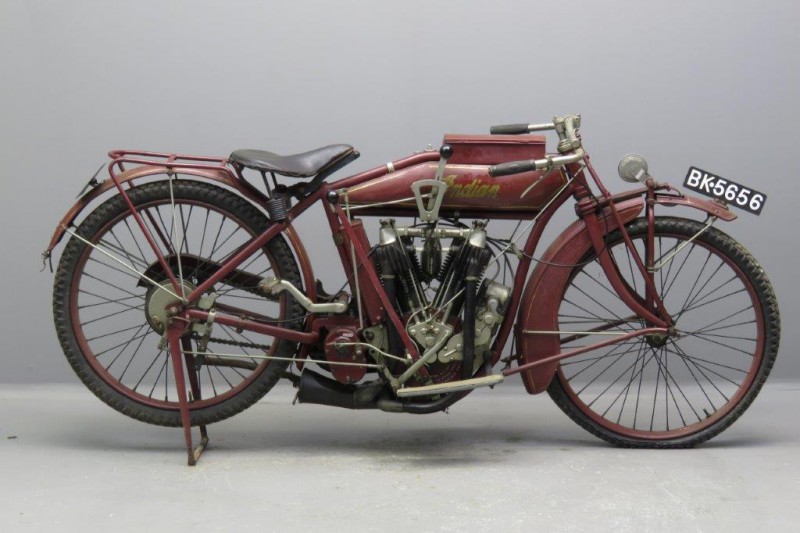 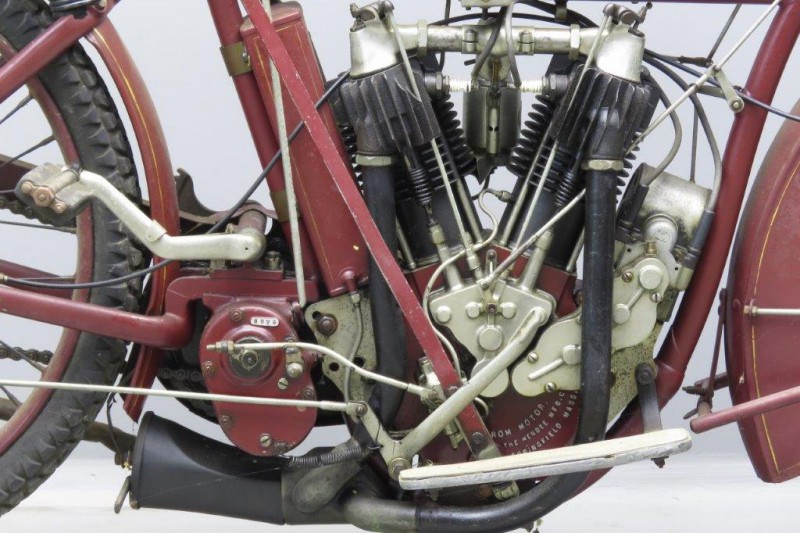 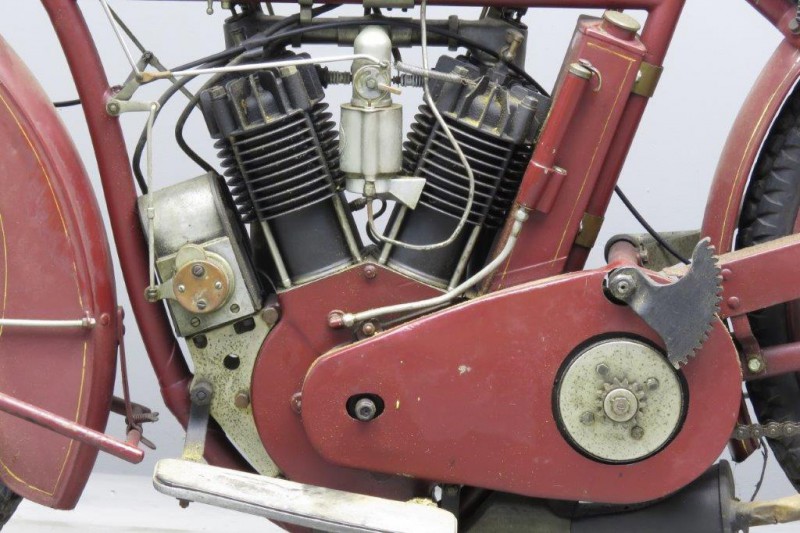 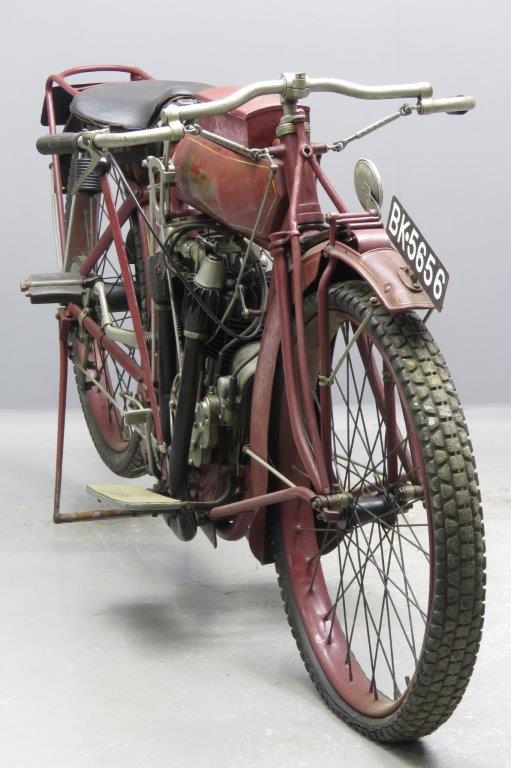 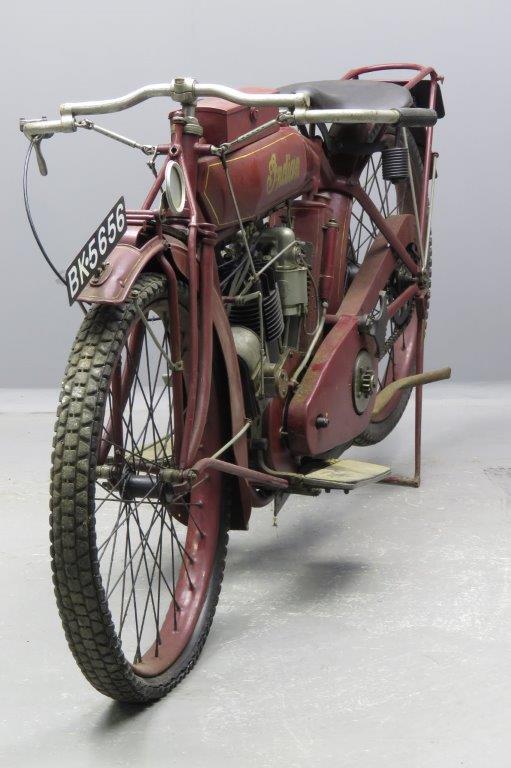 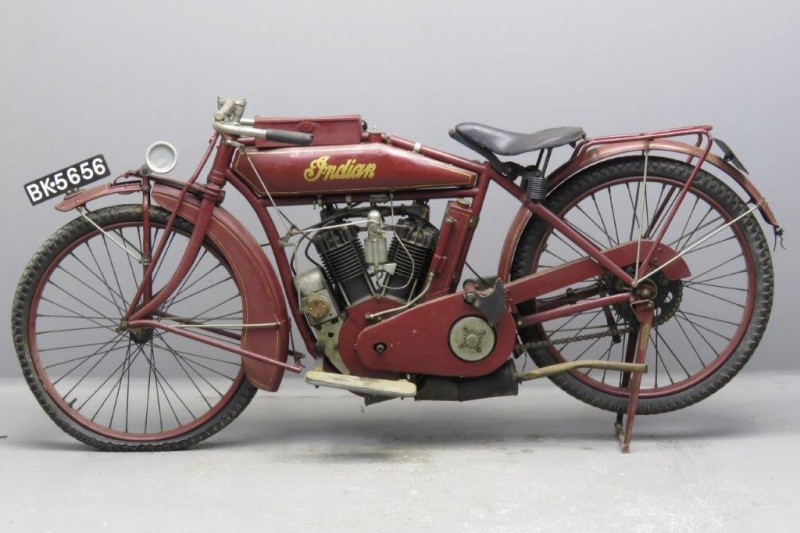 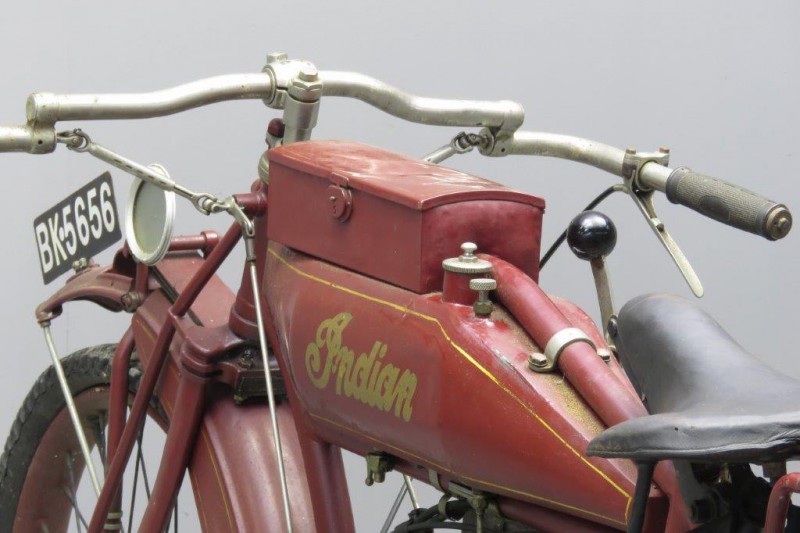 Indian’s first, 38.61ci (633cc) v-twin appeared in 1907 with an engine clearly derived from that of the single, though mechanical inlet valves – introduced for 1908 – were an early improvement.
The twin’s rear cylinder continued to form part of the frame until 1909 when a loop frame of the type favoured by rivals Harley-Davidson was adopted.
The Springfield Company’s first ‘Big Twin’ debuted that same year displacing 61 ci (988cc).
By 1913 Indian was the largest motorcycle manufacturer in the world; the 1913 production was  almost 32,000 machines.
There were 2,000 dealers all over the world and  Indian controlled  some 42% of the  domestic  motorcycle market in the USA,  according to a company claim.
For 1915  some 10 models were offered, among which some lighter twins that were designated “Little Twin”. Some  of the  new features for 1915 were  the use of   chrome-vanadium steel  tubing and the option of a  three speed gearbox.
This Little Twin is an interesting machine: it was discovered some time ago under a lot of rubbish in  a deceased collector’s garage.
With it comes a Pioneer certificate issued in January 1977, dating it as a 1913 model.
We  presume it’s a 1915 Little Twin that has been fitted with the more powerful 988 cc engine.
The machine has been restored in the 1960s or 70s and has been a sleeping beauty for many years, so she would benefit from some tender love & care.