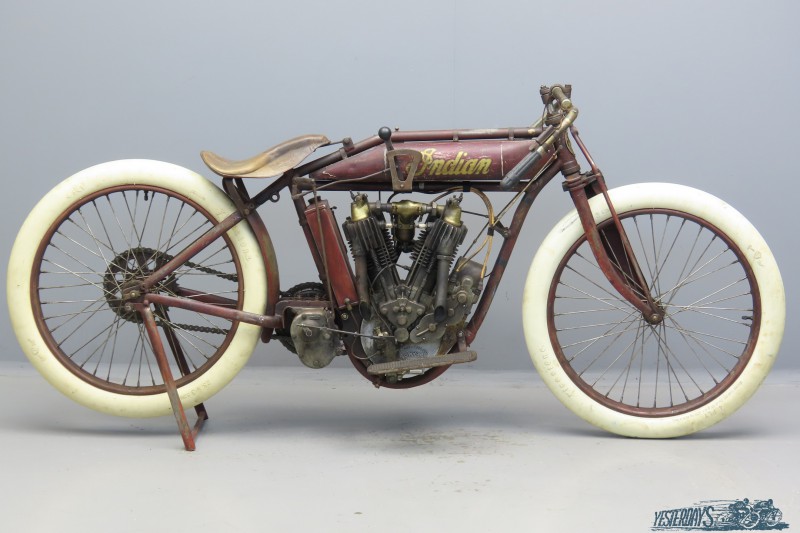 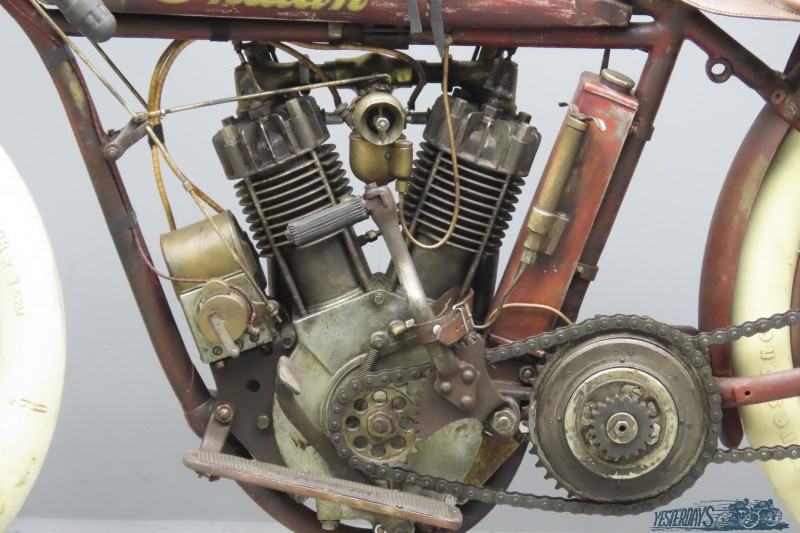 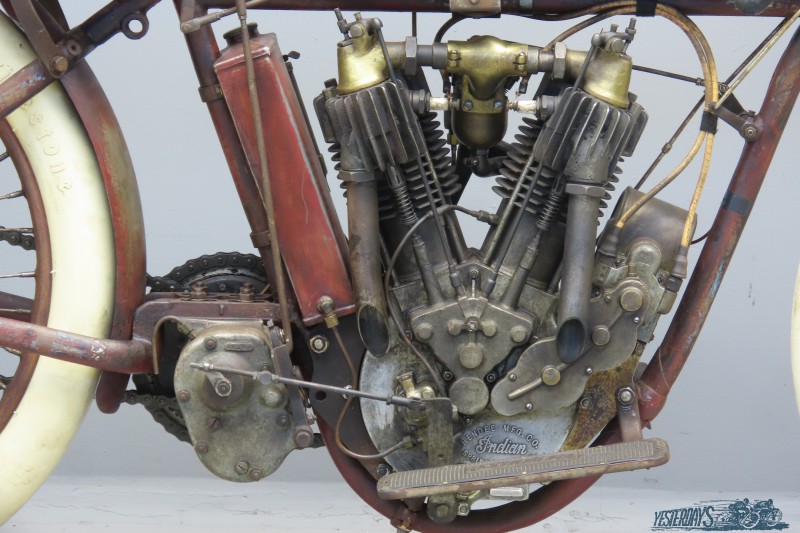 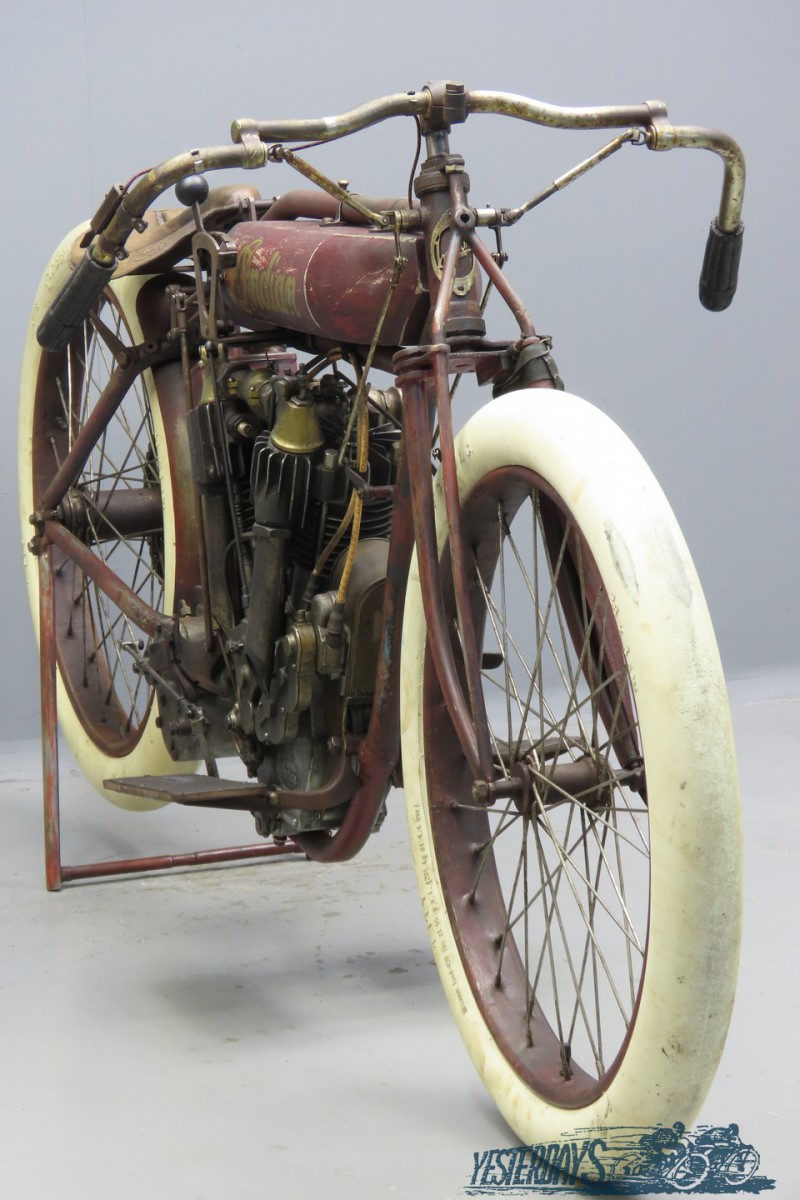 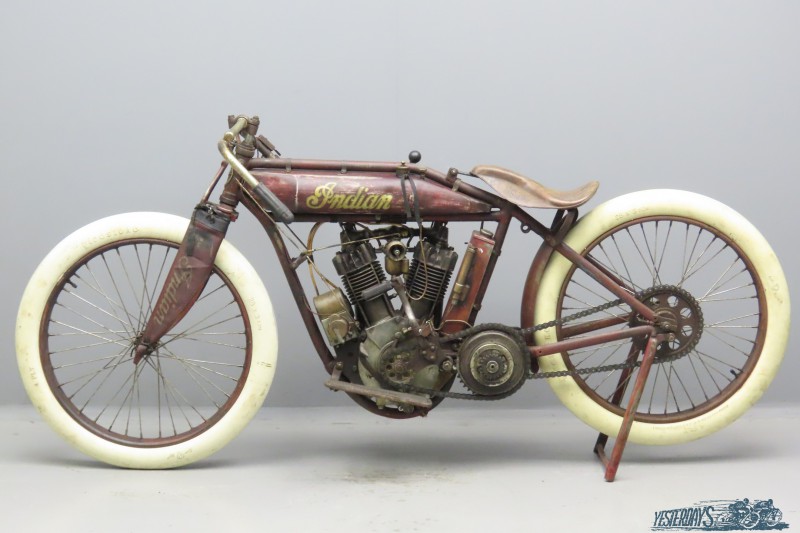 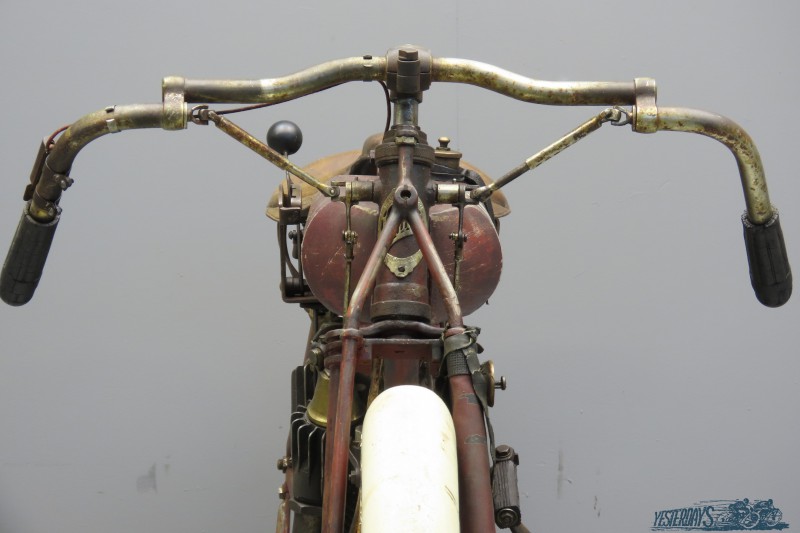 At first, Indian motorcycles used in competition were modified road models and not until 1908 did the Springfield, Massachusetts company offer a purpose-built racing motorcycle for sale. Racing was mainly done on board tracks: the first board track for car and motorcycle racing was the circular Los Angeles Motordrome, built in 1910 in the area that would later become the city’s Playa del Rey district. Based on the same technology as European velodromes used for bicycle racing, this track and others like it were constructed with 2-inch (51 mm) x 4-inch (100 mm) boards, often with turns banked at up to 45 degrees. In some cases, such as the track at Culver City, banking was 50 degrees or more.
Longer tracks were later built – some up to 2 miles (3.2 km) long by 1915 – and lap speeds exceeding 100 miles per hour became commonplace.
Racing on these tracks often drew large crowds of paying spectators. To attract both competitors and fans, race promoters offered what were then considered sensational amounts of prize money – a total purse of $25,000 was not unusual around the time of World War I.
Indian produced 8-valve OHV racers in small numbers for factory men and selected customers.
Next to these rare machines the yearly catalogues offered “over the counter” racers that were equipped with 988cc IOE engines. In the 1915 U.S. catalogue the Model D “Speedway” machine is offered and that year we find in the British edition of the Indian catalogue the Model D “Road Racer” which has different specifications.
Both models have fixed rear frames while the standard “Big Twin” models have a sprung rear frame.
The machine we offer here is inspired on such a model D. It has the genuine unsprung frame and is outfitted as a board track racer, without mudguards and with 28 x 3 Firestone “slicks”.
The saddle is a Mesinger racing type and the exhausts are shorts stubs.
Further specifications include racing handlebars with magneto cut-out, Dixie magneto and Schebler carburettor.
A standard 3-speed gearbox and clutch are fitted but the drive has been adjusted to single speed.
Useful fitment is a foot starter to kick life in the Big Twin engine.
The mechanical condition of this impressive racer is unknown; it has been artistically finished in authentic appearance.