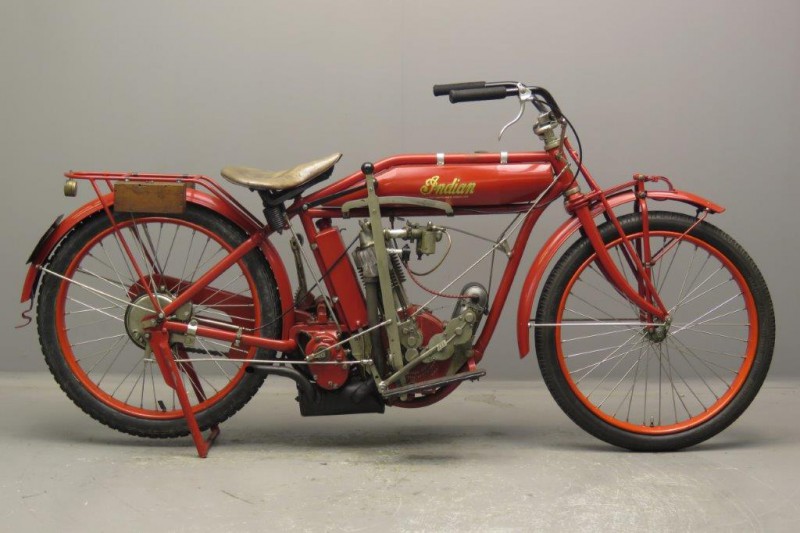 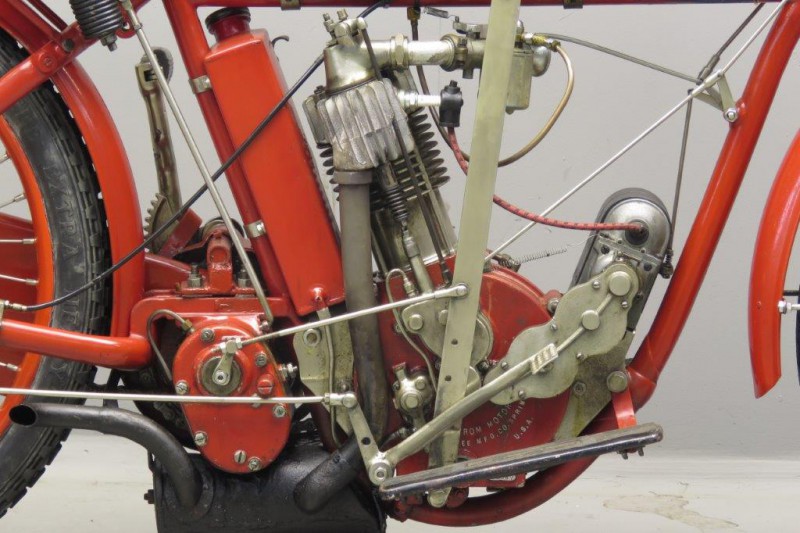 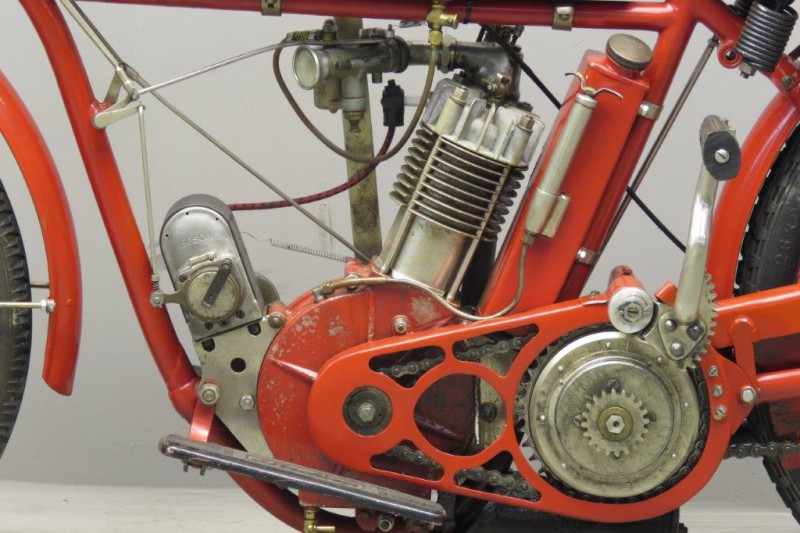 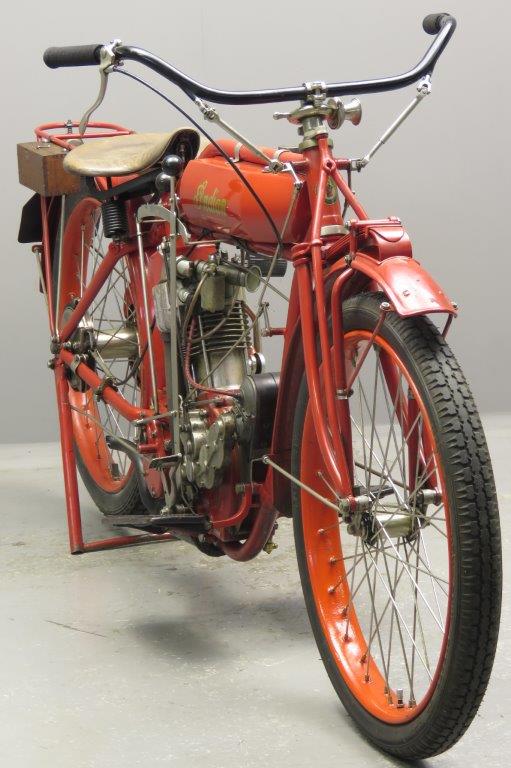 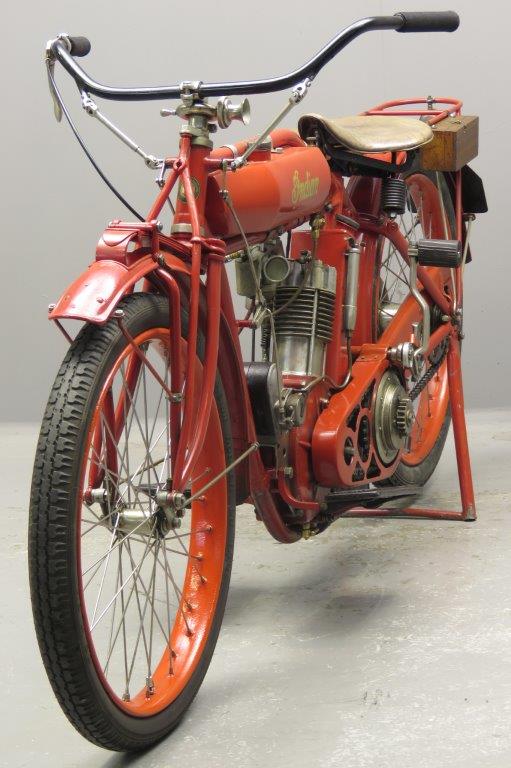 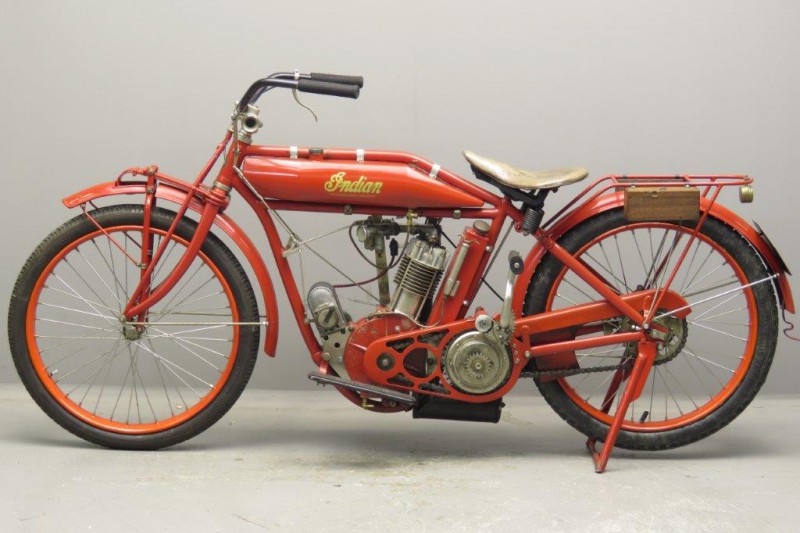 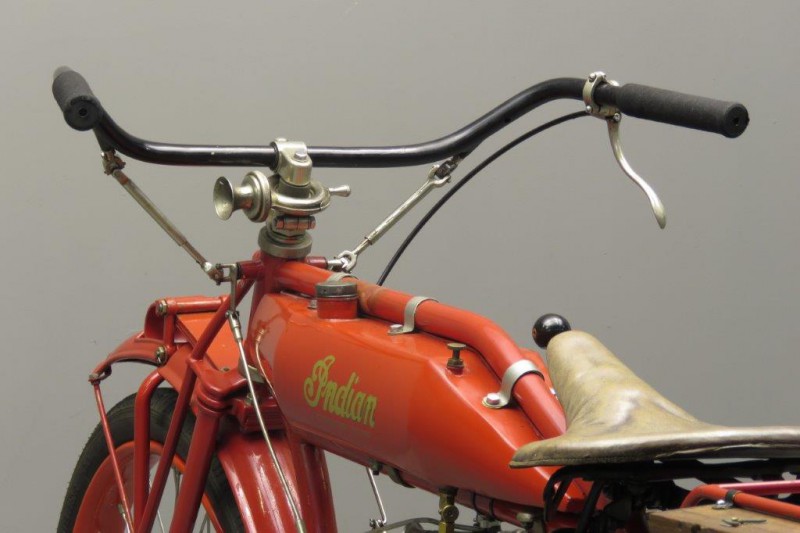 Indian’s first, 38.61ci (633cc) v-twin appeared in 1907 with an engine clearly derived from that of the single, though mechanical inlet valves – introduced for 1908 – were an early improvement.
The twin’s rear cylinder continued to form part of the frame until 1909 when a loop frame of the type favoured by rivals Harley-Davidson was adopted.
The Springfield Company’s first ‘Big Twin’ debuted that same year displacing 61 ci (988cc).
By 1913 Indian was the largest motorcycle manufacturer in the world with a production of some 35,000 machines, according to a company claim.
For 1915 two smaller v-twins were catalogued, the 3 ½ HP 498 cc Model A and the 5 HP 684 cc Model B.
That is to say, the Model A was offered only in the British Indian catalogue, it is not listed in the standard “worldwide” Indian catalogue for 1915.
Moreover, the standard catalogue specifies three types of 5 HP Little Twin, B-1 Single-Speed, B-2 Two-Speed and B-3 Three-Speed.
In Britain only the Tree-Speed Model was offered.
This machine is basically a 1915 model with 1912-type engine.
It spent its whole life in Britain and it’s not impossible that the engine was fitted when the machine was new; we have encountered more early “British” Indians that were not exactly like the American factory specifications.
The  (Amal) carburettor and the handlebars on this early Indian are later additions.