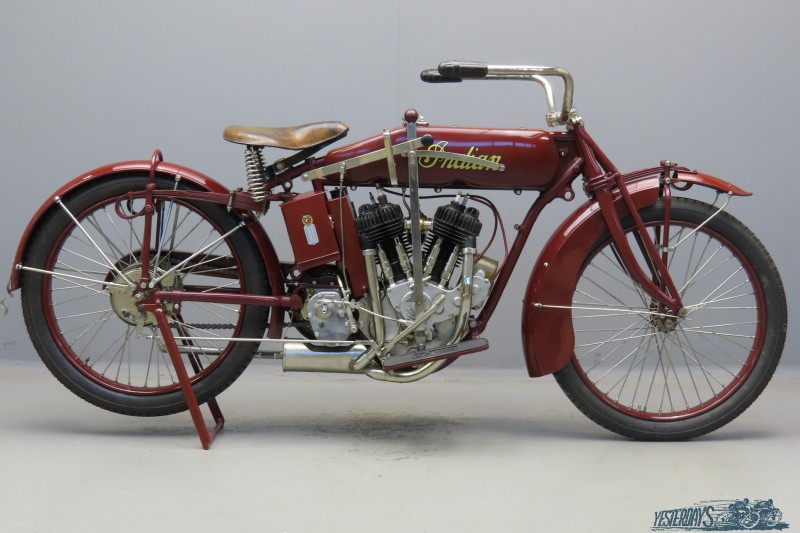 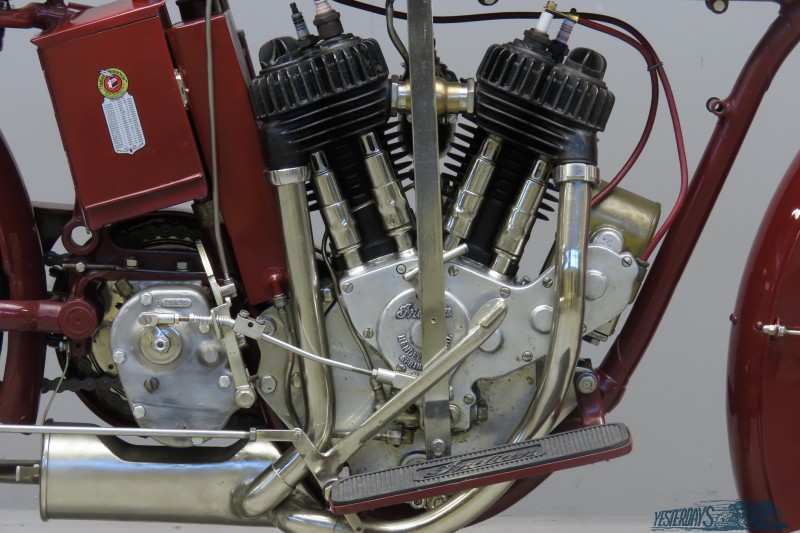 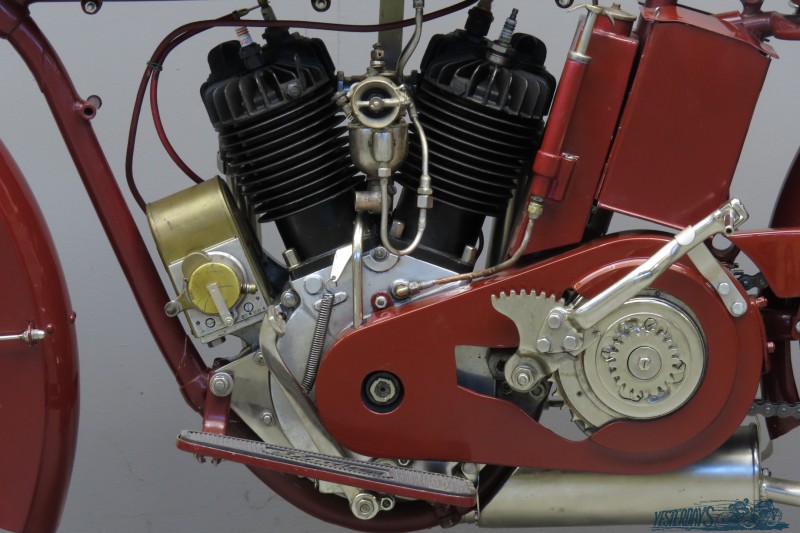 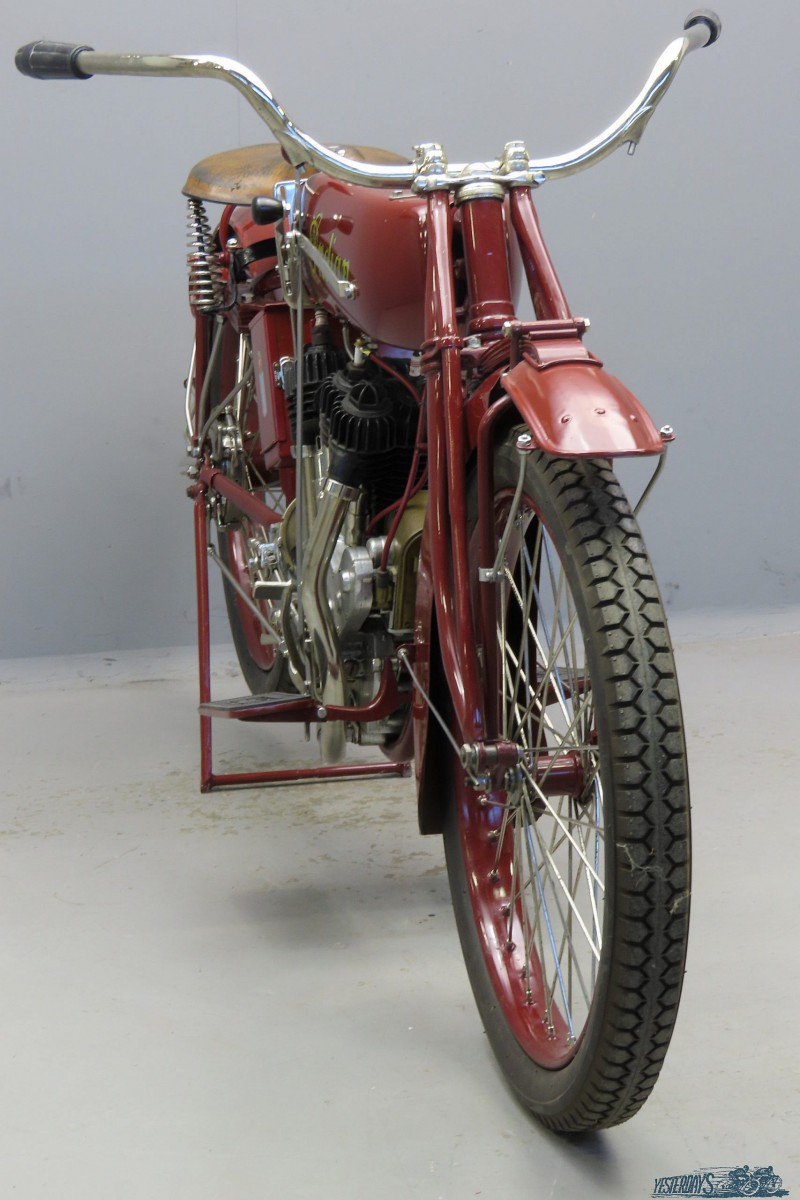 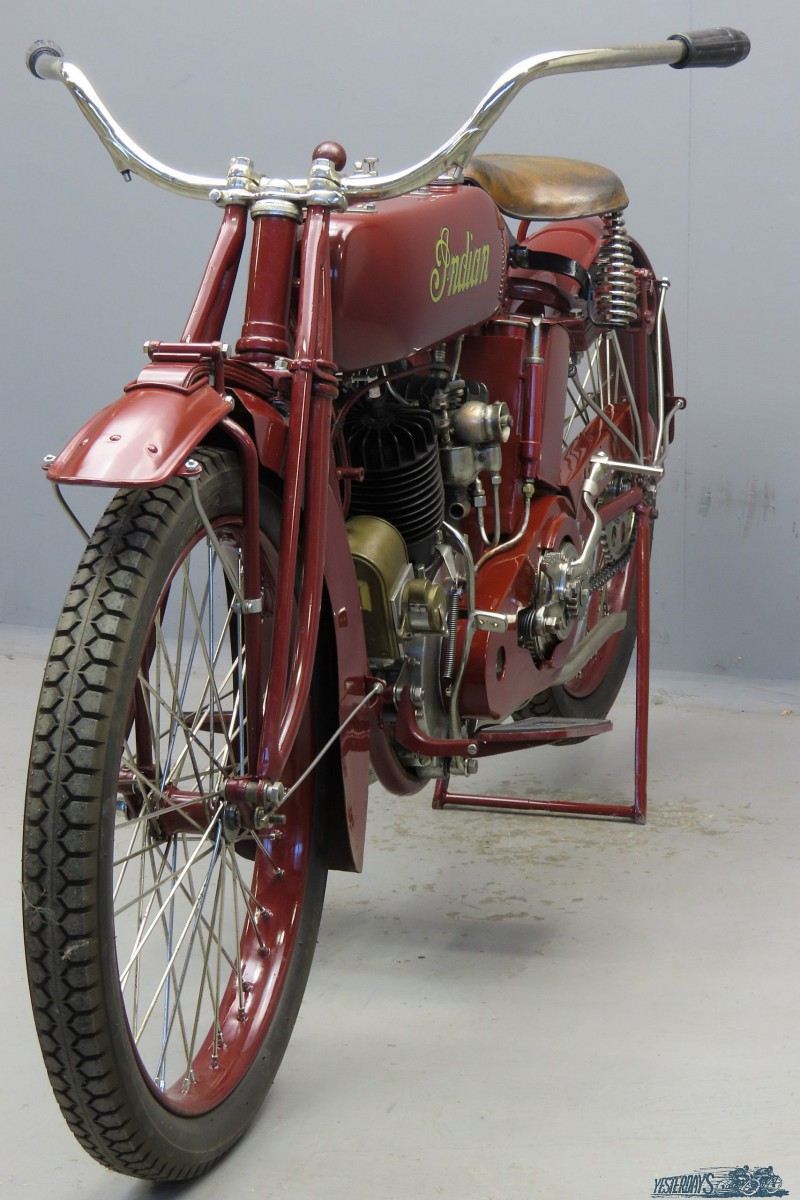 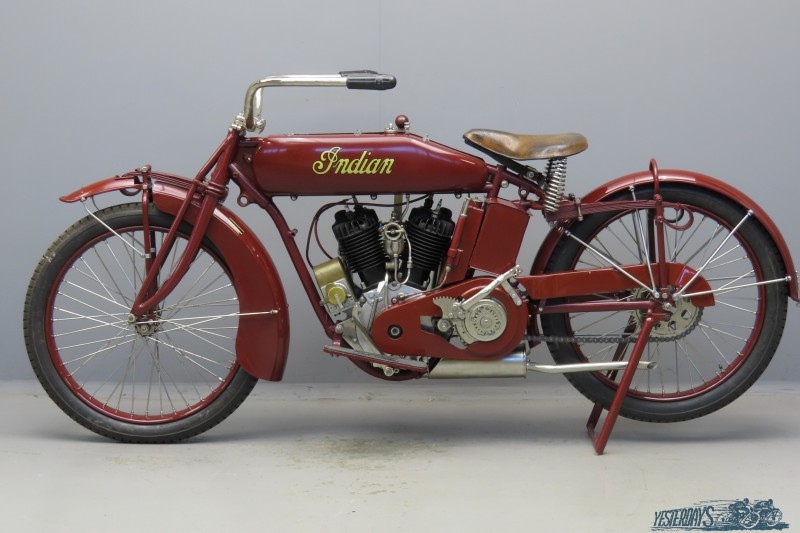 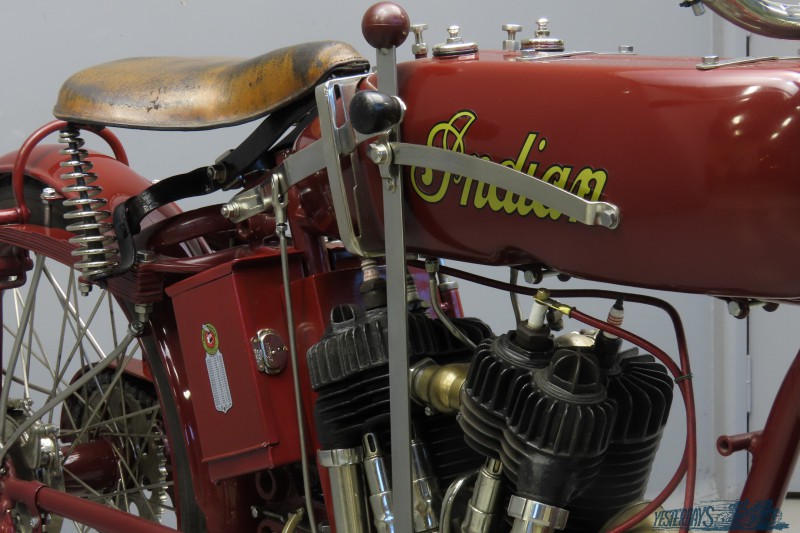 The Indian PowerPlus engine was a design of Charles Gustafson, who had already earned fame as an engine designer at the Reading Standard company before he was approached by the Indian management. His task was to design a powerful, robust, reliable and production friendly engine to replace the old F-head V-twin design of Oscar Hedstrom. The resulting 61” side valve PowerPlus introduced in 1916 was an immediate success: it turned out to be very robust and reliable and had a healthy power output of 15-18 HP; the flexible engine could be run at speeds from 8 kph till 100 plus kph. The most important change for the 1917 model year was the fitting of more substantial front forks. The earlier Indian forks were of the single-stem type, this was now changed to a triple stem system. This meant that the handlebars now got a double anchorage and were adjustable: “The rider is permitted to adjust the handlebars to whatever angle or degree he may desire, a safety and convenience feature found only on this new type of fork” the 1917 catalogue explained. Other new features were the two-compartment petrol tank that had a capacity of 3¾ gallons (14 litres) and the new direct-action gear shifter that worked in a vertical plane. 1917 would be the last year of the distinctive but complex and expensive control rod system with bell cranks and universal joints, from 1918 on wire control would be utilized. For many years the PowerPlus has been one of the most coveted American vintage motorcycles. This PP is in excellent condition and has been restored but needs finishing as to the carburettor and ignition advance controls and black-and-gold lining on mudguards and tanks.