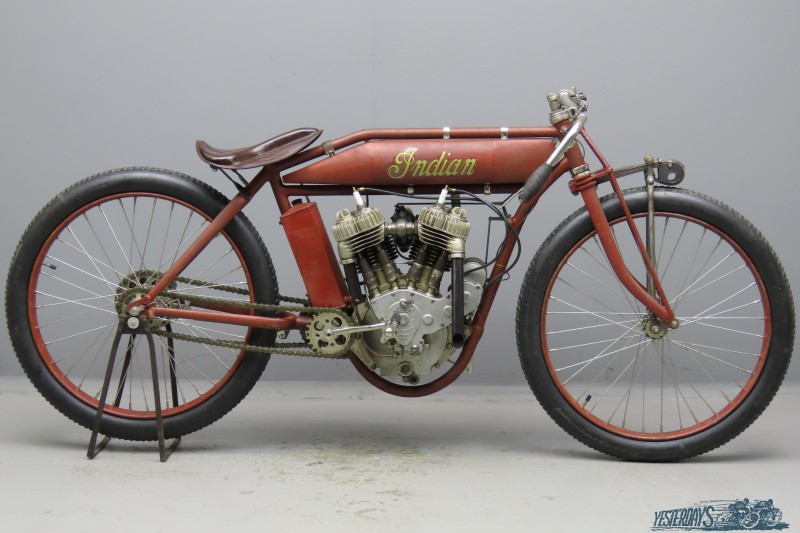 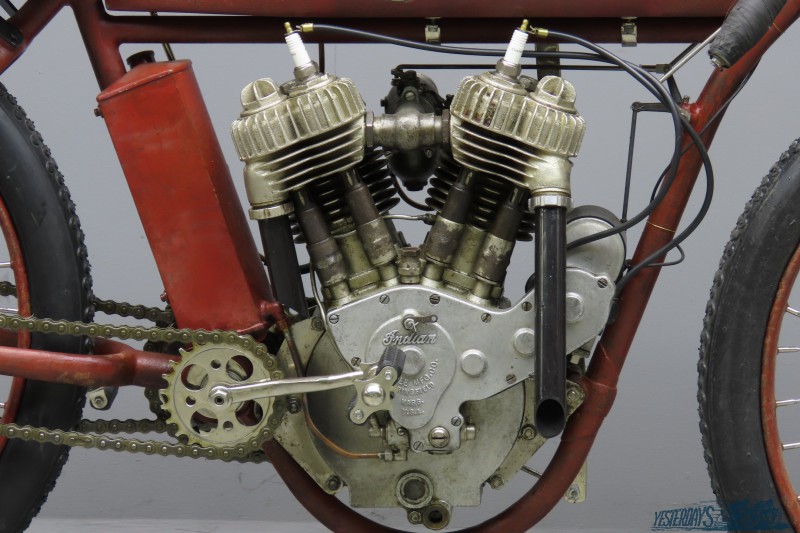 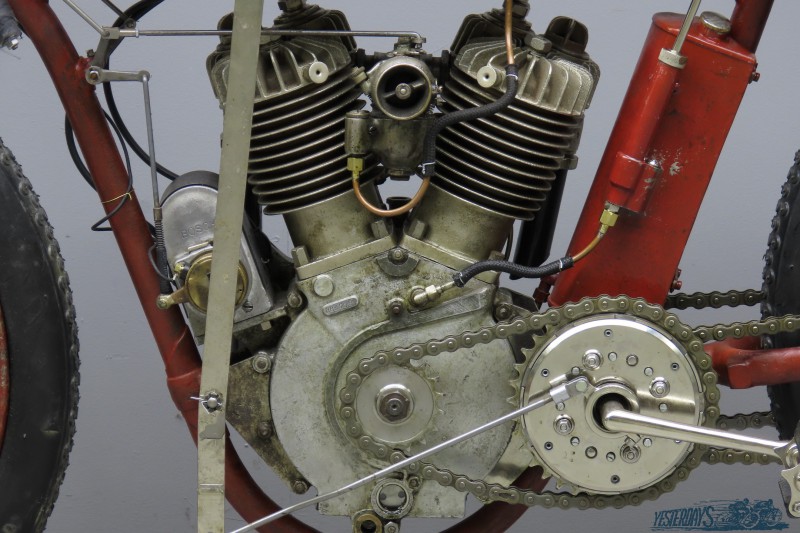 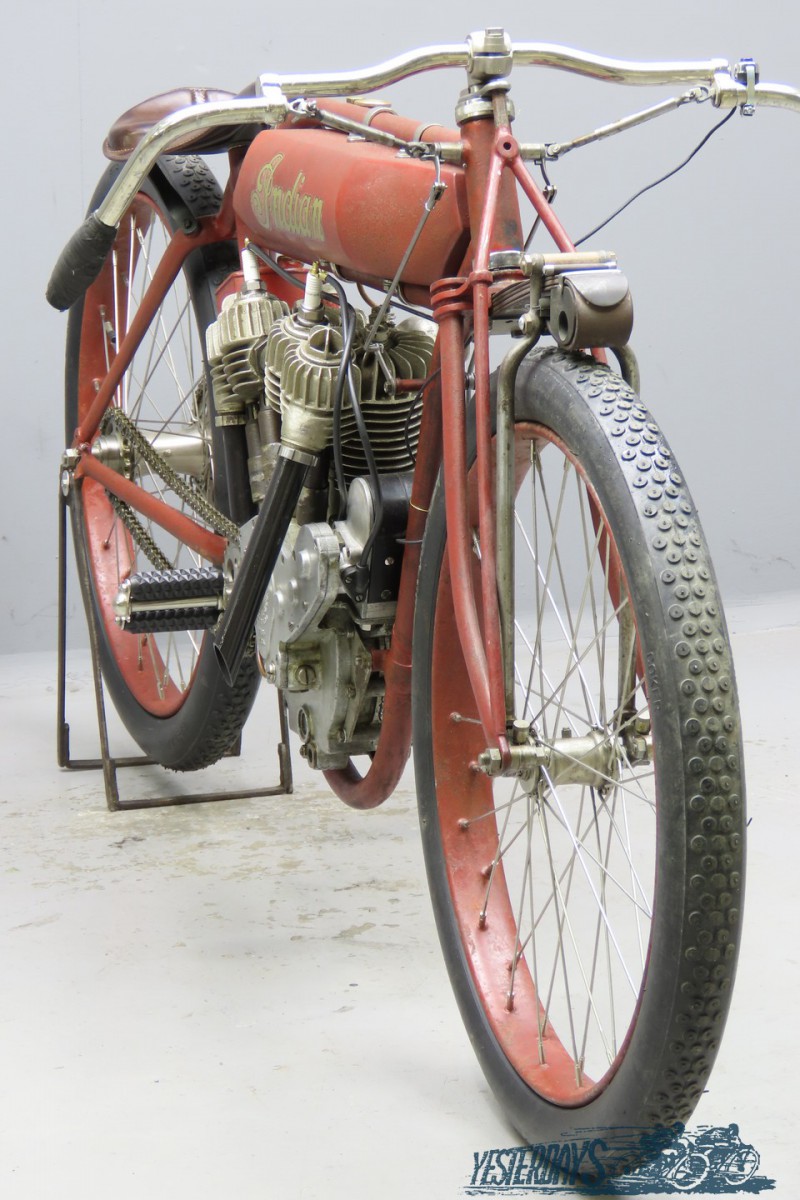 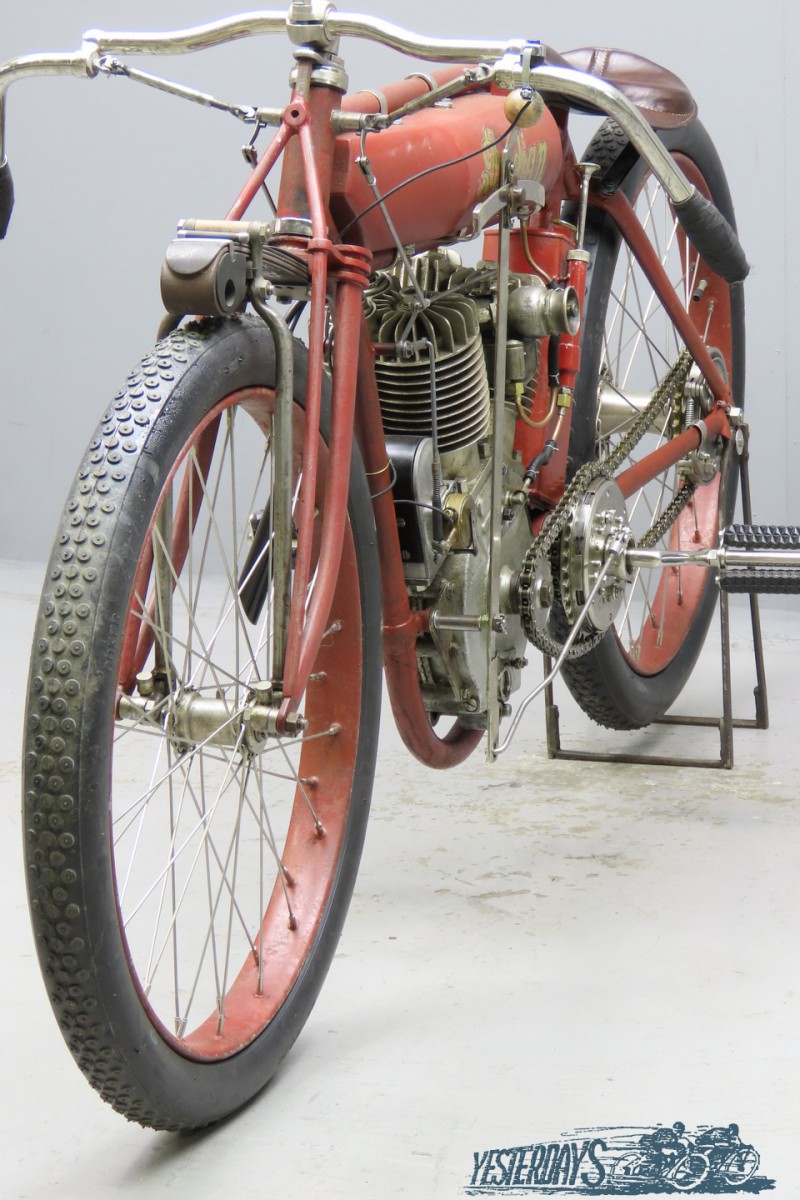 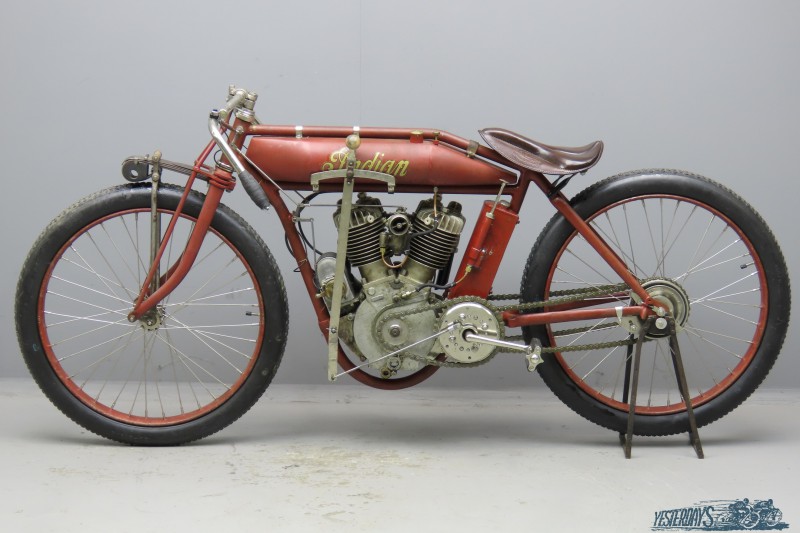 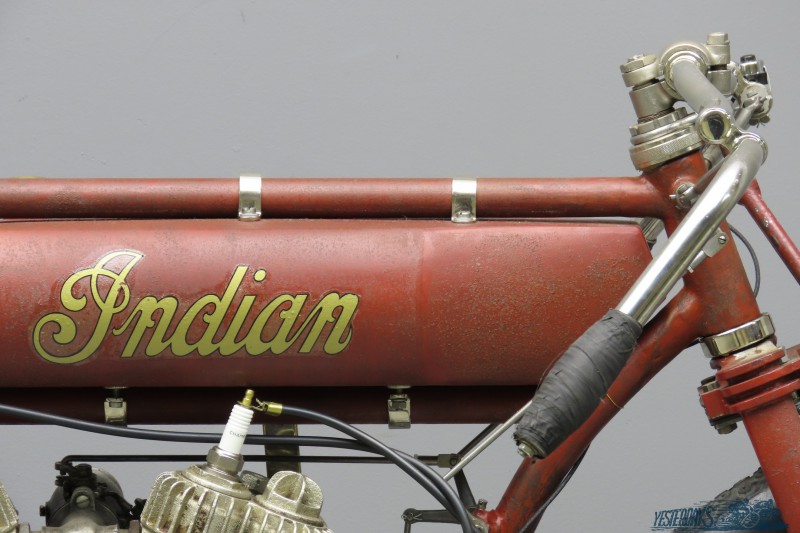 The Indian PowerPlus engine was a design of Charles Gustafson, who had already earned fame as an engine designer at the Reading Standard company before he was approached by the Indian management.
His task was to design a powerful, robust, reliable and production friendly engine to replace the old F-head V-twin design of Oscar Hedstrom.
The resulting 61” side valve PowerPlus introduced in 1916 was an immediate success and this model is still one of the most coveted American vintage motorcycles.
Power developed is a healthy 18 BHP.
The machine we offer here has been assembled and is built up as a single geared racer with racing-style handlebars, Mesinger racing saddle and short stub exhausts.
Ignition advance and throttle are controlled by the patented Indian system with telescopic tubes, universal joints, rods and linkages.
The carburettor is a Schebler HX147 and the magneto is a reliable Bosch instrument.
There’s a Corbin external contracting v-band rear brake that is actuated by pedalling backwards.
This impressive racing style PowerPlus is a good runner.