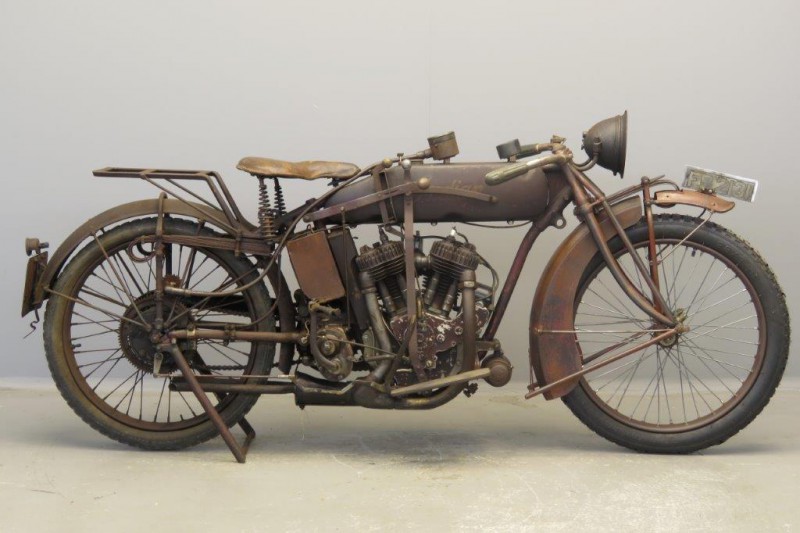 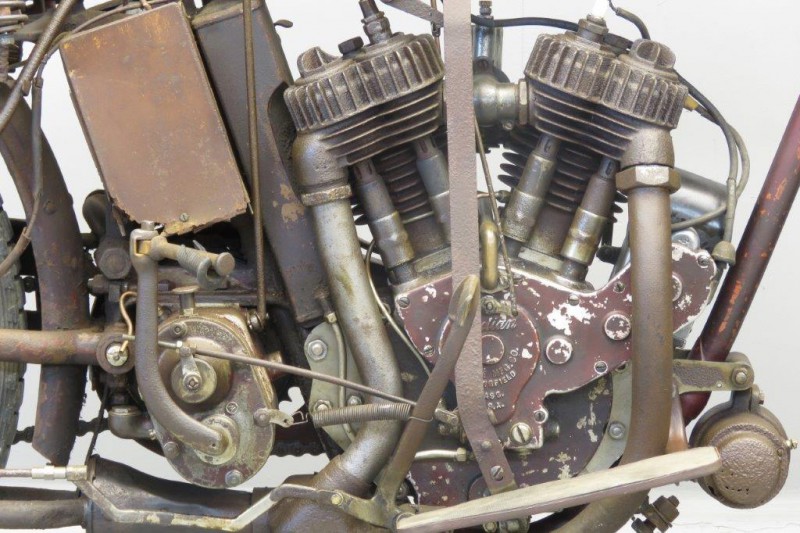 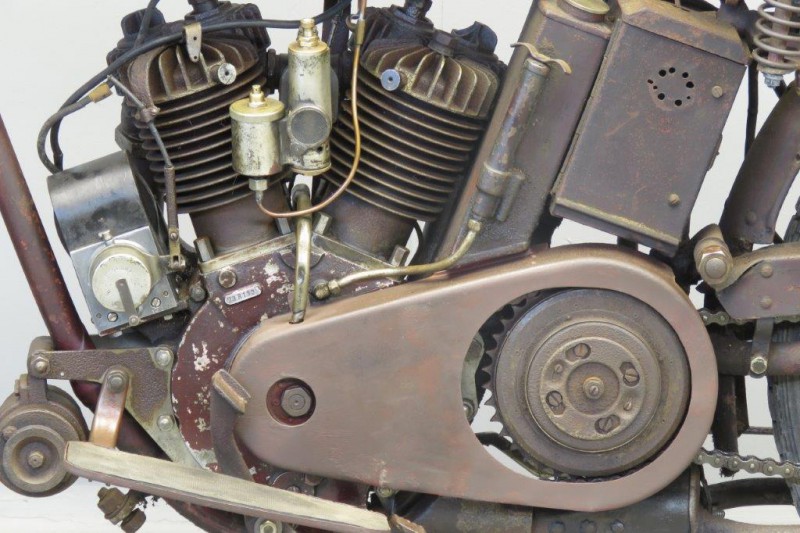 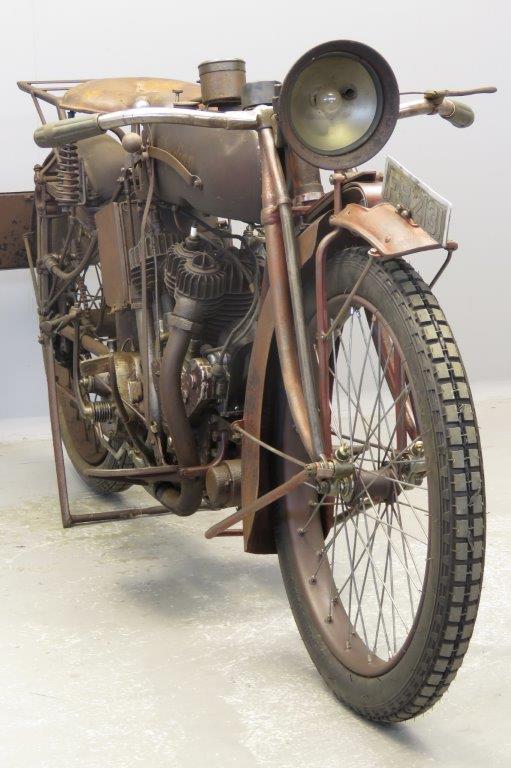 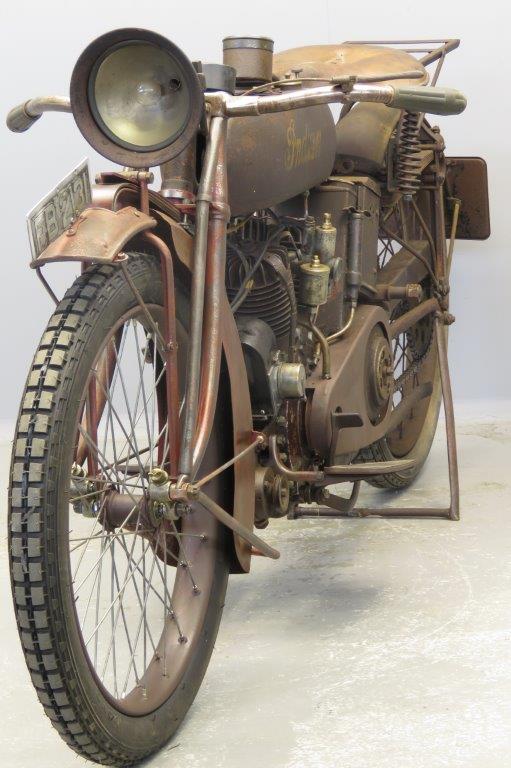 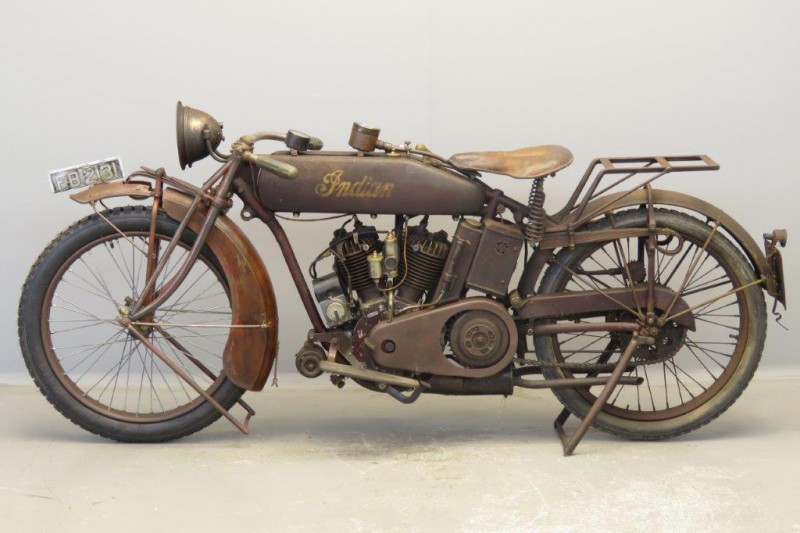 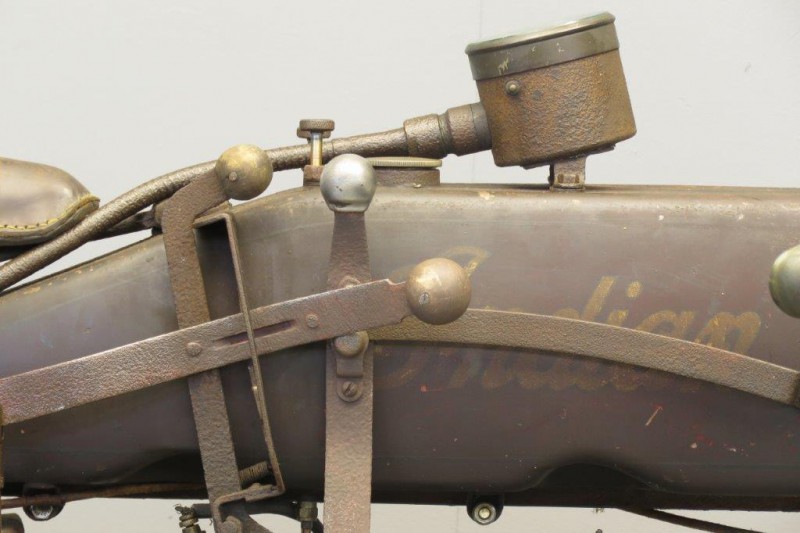 The real landmark year for Indian was 1907 when the company introduced the first of its mighty V-twins, the rear cylinder of the early models continuing to form part of the frame until 1909.
In that year the loop frame was adopted and continued development and innovation saw the development of the overhead valve, four-valves-per-cylinder racers in 1911.
The hugely popular PowerPlus, a 61 cu.in. (998cc) flathead V-twin appeared in 1916.
The mighty engine drove through a three-speed, hand-change gearbox with foot-operated clutch and all-chain drive.
The side-valve engine of the PowerPlus proved utterly reliable and almost unbreakable and the model enjoyed a nine year production run.
Some new features for model year 1920 were larger intake and exhaust valves, stronger front fork bell cranks, more substantial control cables with leather sleeves, larger (1½ inch ) filler caps and enlarged pads for the brake and clutch pedals.
This impressing motorcycle was delivered new to the British market and has never been restored.
She comes complete with sports handlebars, right hand side kick start, electric lighting unit with Weston amp gauge and Corbin speedometer.
The carburettor is a British Binks.