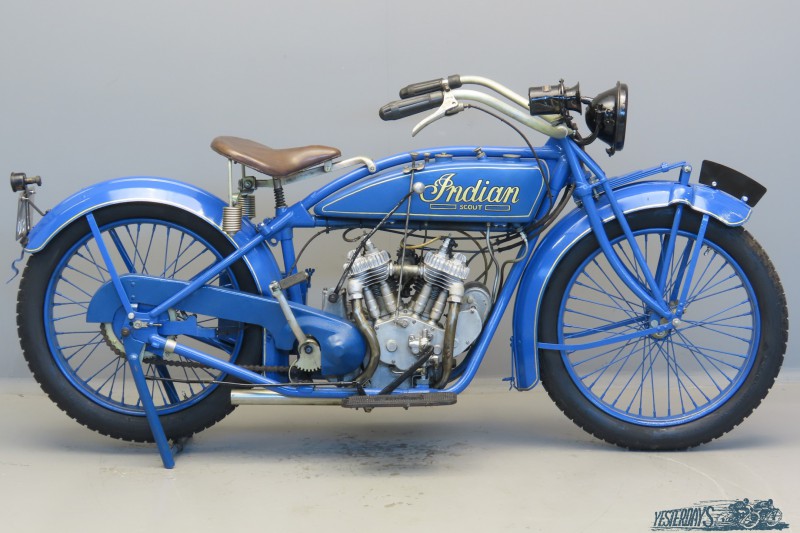 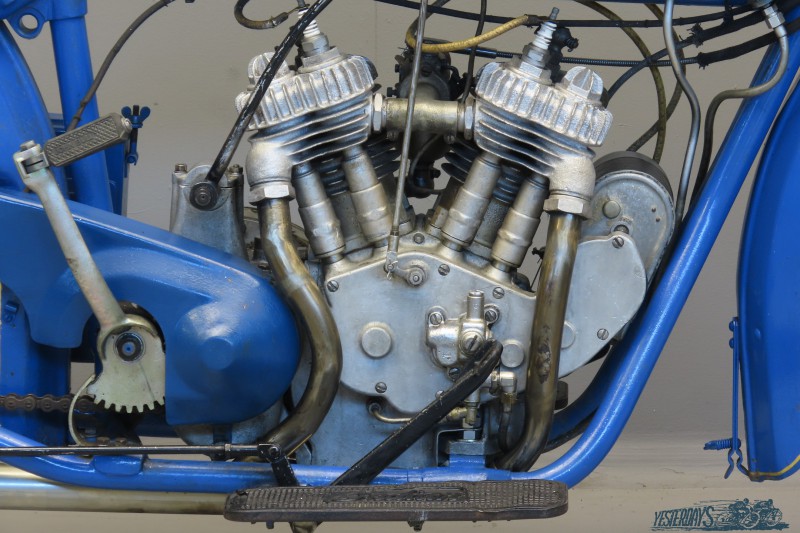 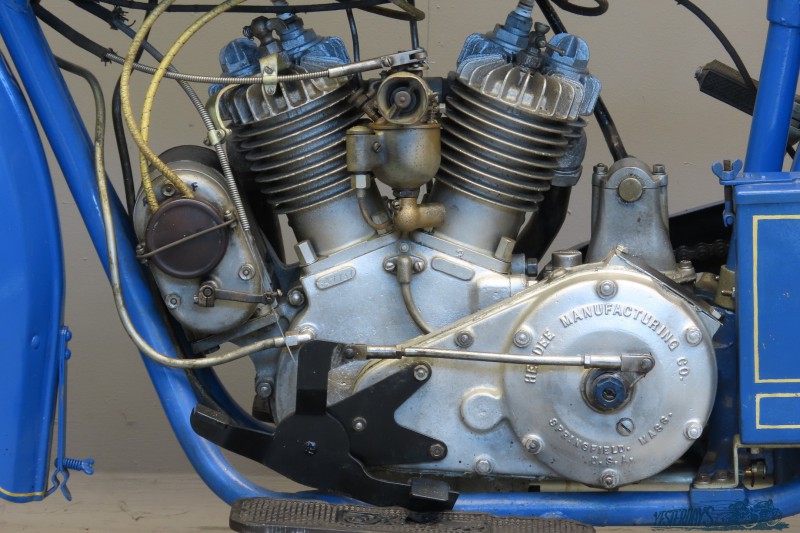 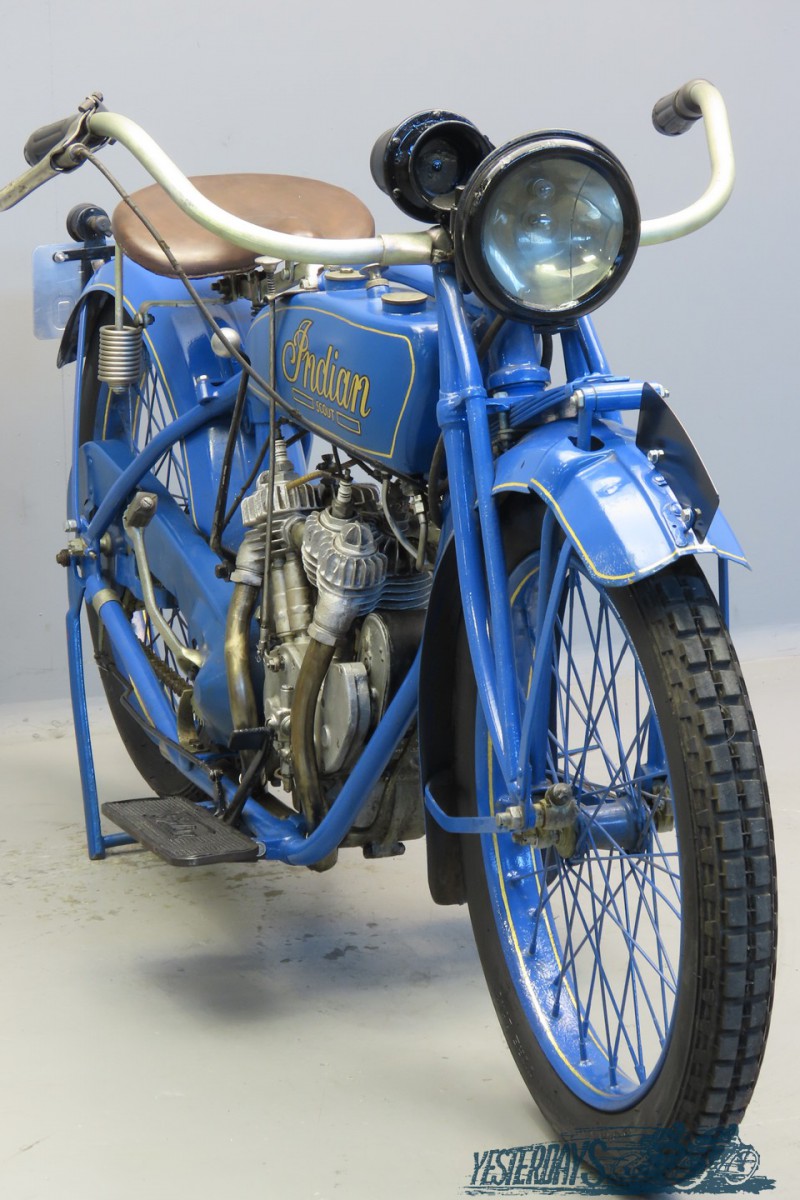 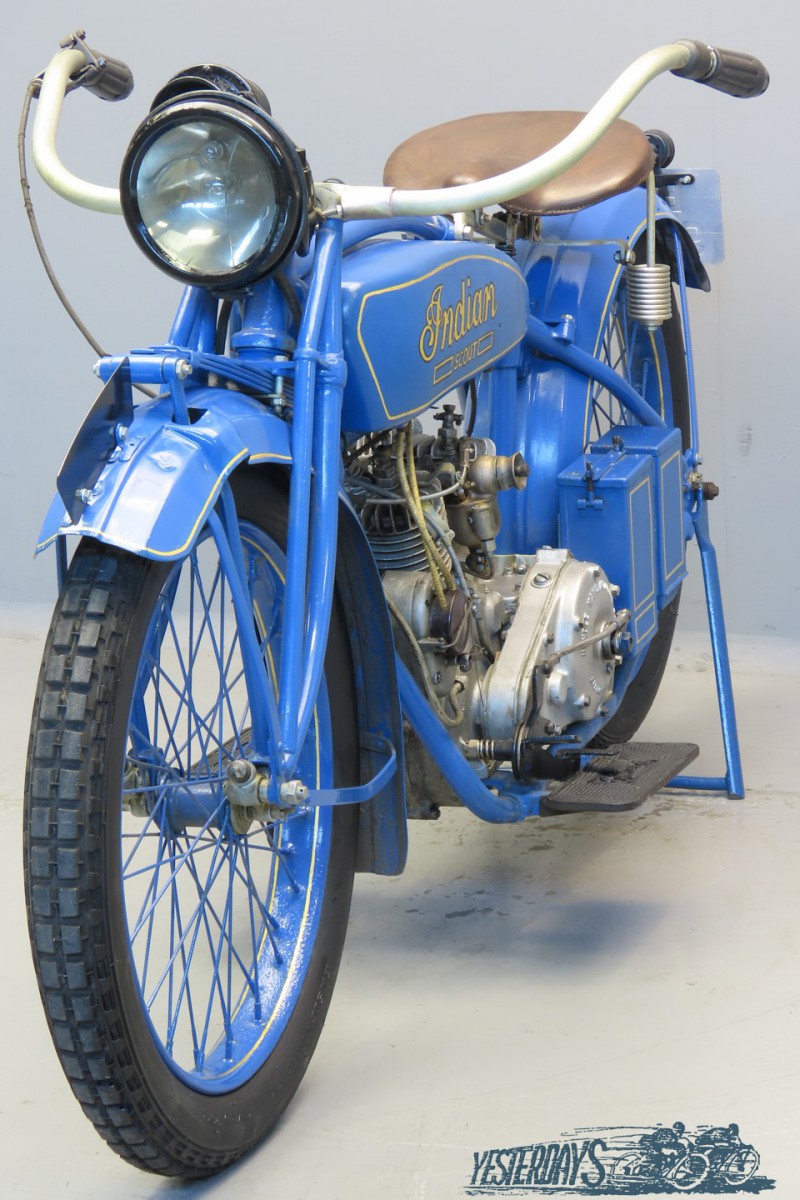 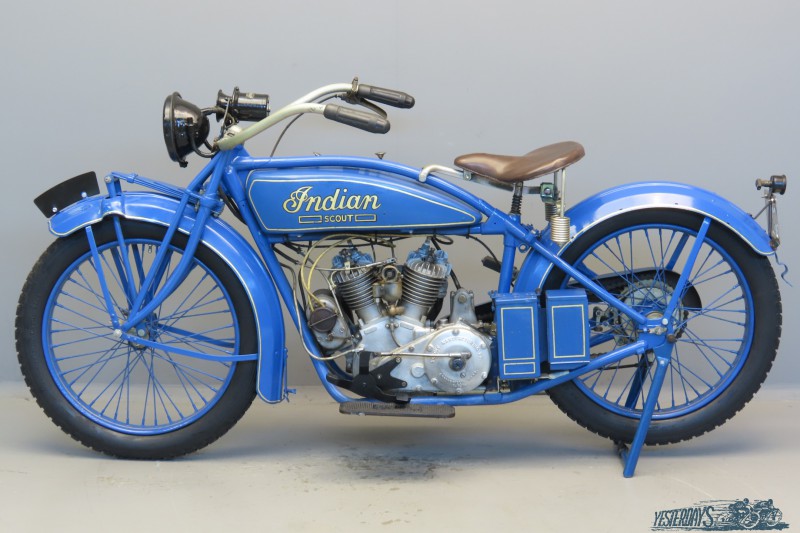 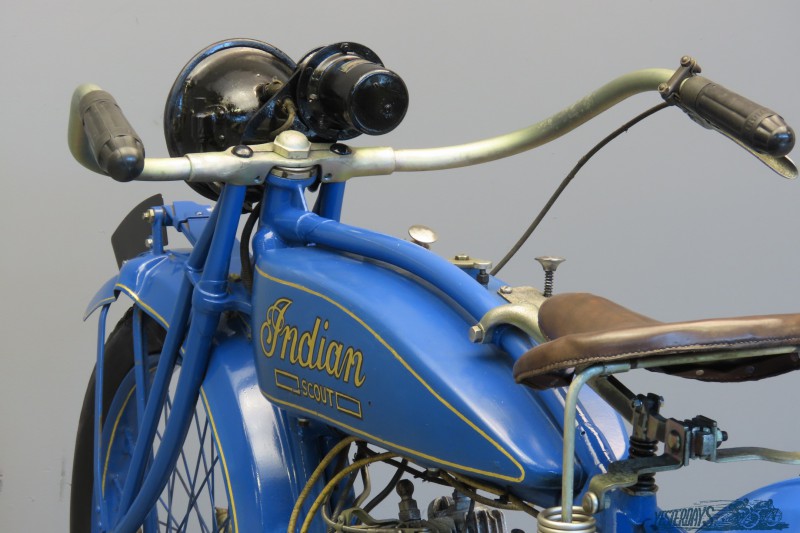 The engine of Franklin’s new-for-1920 Scout was essentially a scaled-down version of the well-proven PowerPlus that had also been designed by Franklin.
The engine had a modest cubic capacity but the 11 HP power output was relatively high because of the large valves that were used.
The new middleweight was also appealing to the prospective motorcyclists who were put off by the usual heavyweight big twins.
The Scout features a semi-unit construction power plant with a 3–speed transmission bolted on to it.
Primary drive is by a set of helical gears that are enclosed in a cast aluminium cover and run in an oil bath.
The clutch is foot-controlled. Bore and stroke are 70x78mm. The oil tank holds about 3 litres, the petrol tank 11.
Top speed is approx 85km/hour. Stopping power is provided by two brakes working on the rear wheel, an internal expanding one inside the rear drum and a contracting band brake that works on the outside of the drum.
A new feature for 1923 is the compression release rod that is activated from the top of the petrol tank.
Note the comfortable sprung seat post. This low-built and easy to ride scout is an older restoration.
She is electrically equipped -minus the Splitdorf generator- and comes complete with original top-tube mounted aluminium casing with light switch and ammeter.
The electric horn is a Sparton.