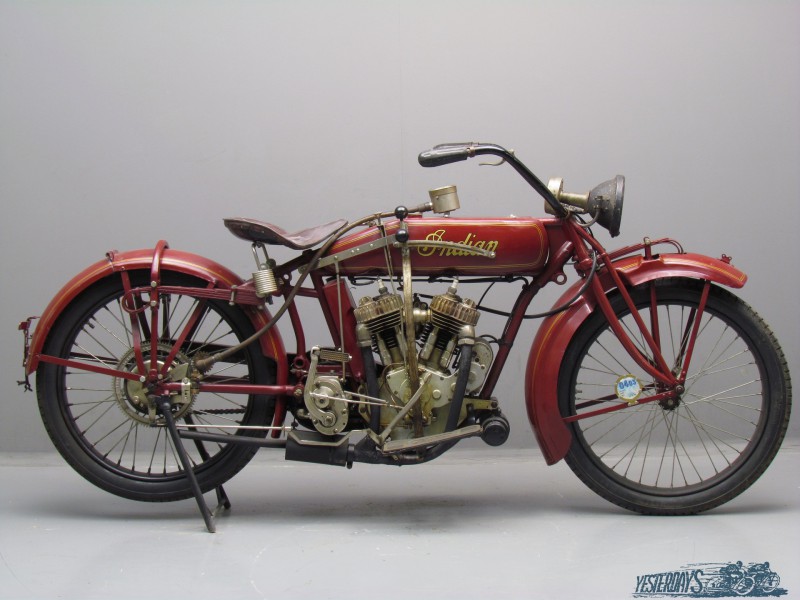 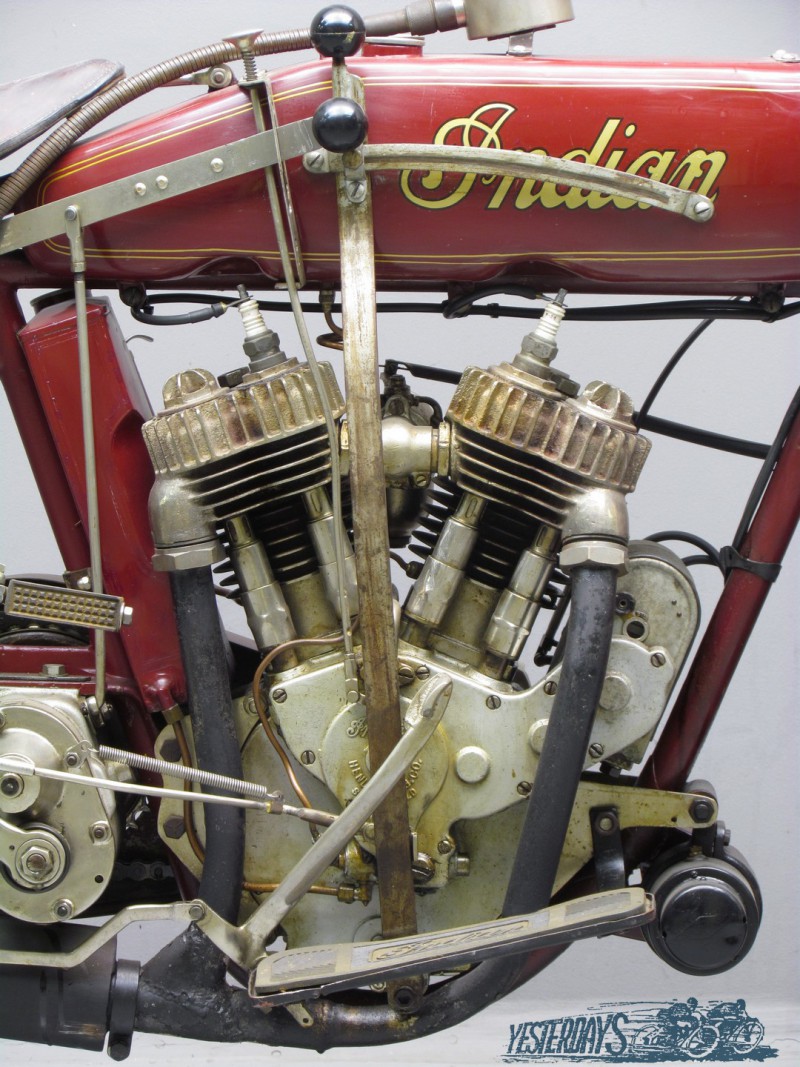 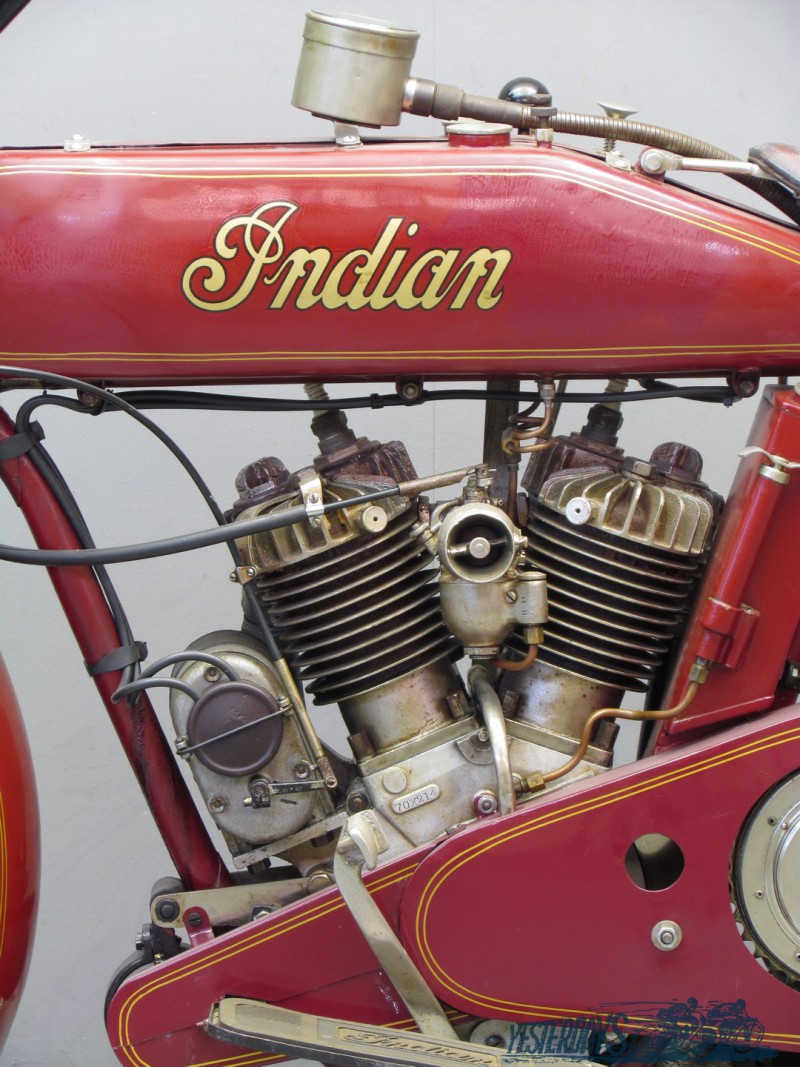 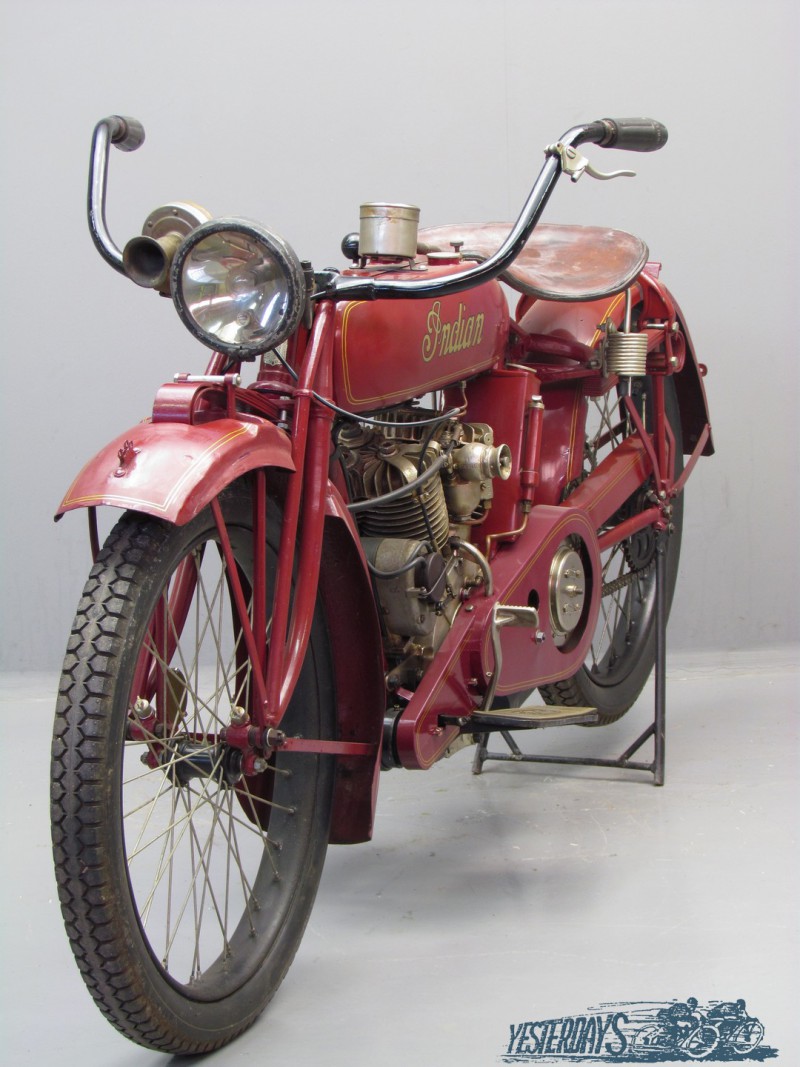 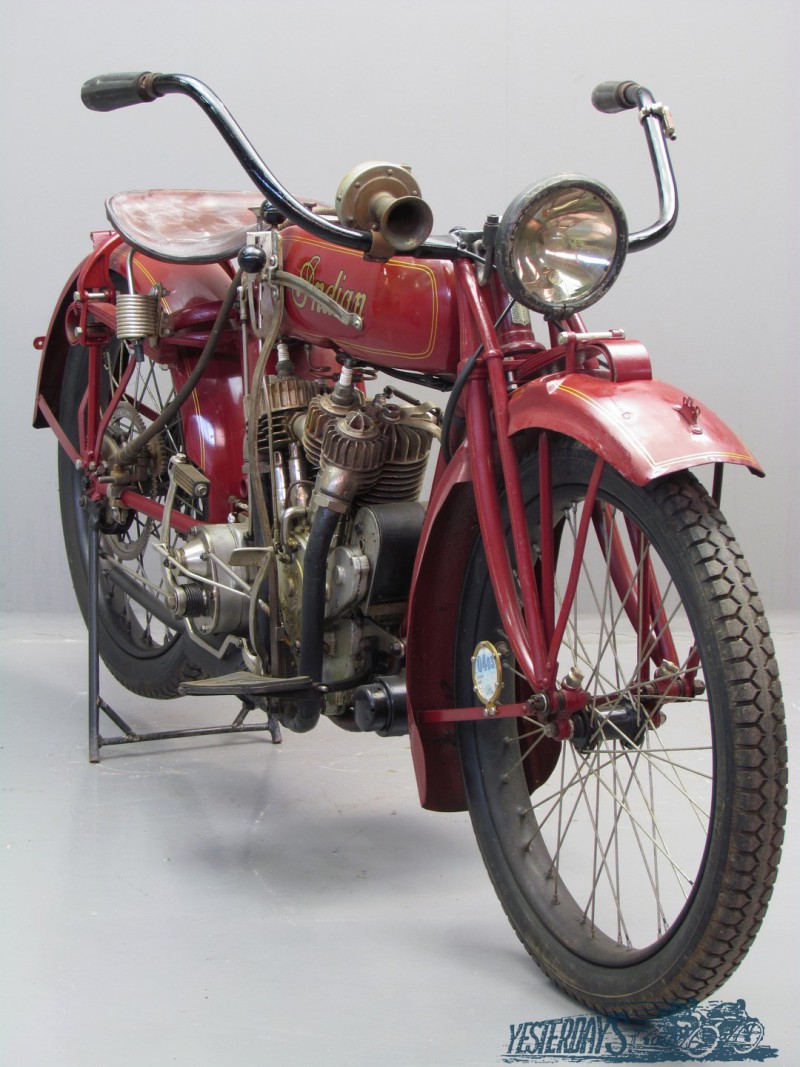 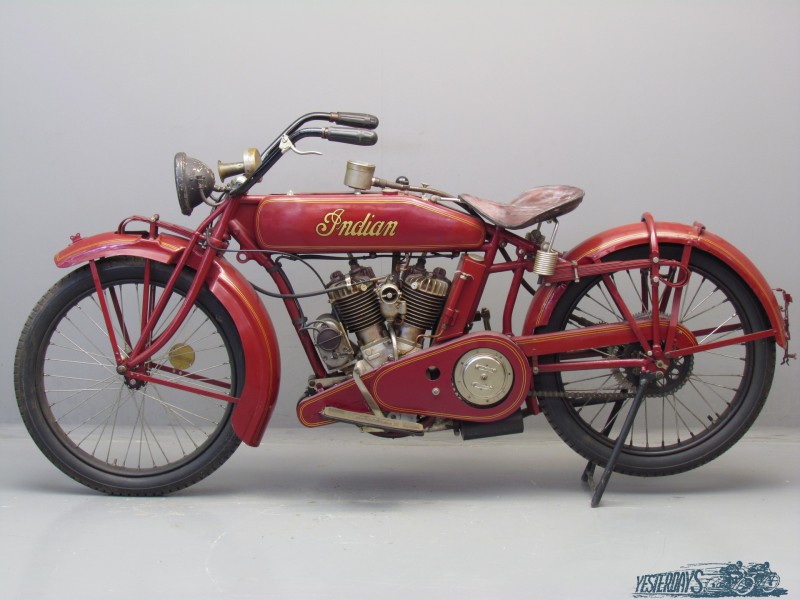 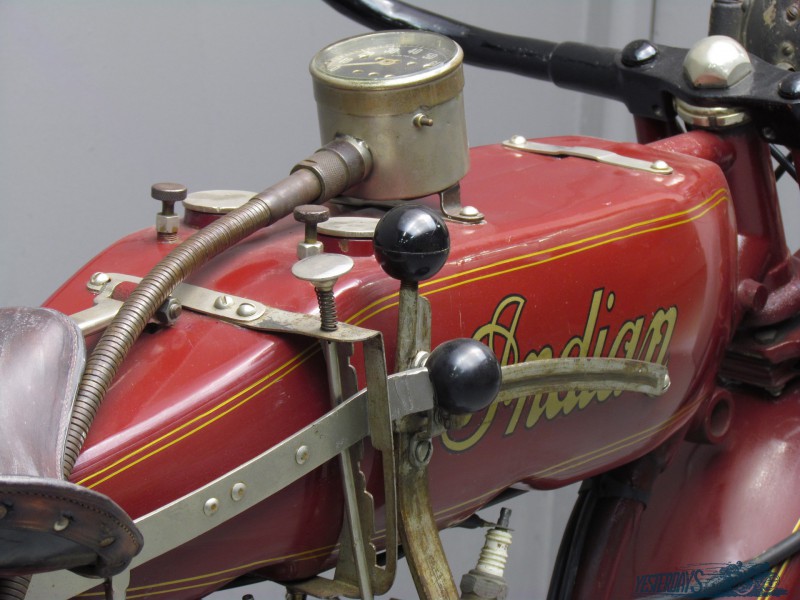 The hugely popular PowerPlus, a 61 cu.in. (998cc) flathead V-twin appeared in 1916.
The mighty engine drove through a three-speed, hand-change gearbox with foot-operated clutch and all-chain drive.
The side-valve engine of the PowerPlus proved utterly reliable and almost unbreakable and the model enjoyed a nine year production run.
By the early twenties the Chief and Big Chief had taken up the position of the PowerPlus in the Indian range.
In the 1922 catalogue the PowerPlus was referred to as the “Special” and in 1923 the model got a wider and more modern looking front mudguard.
It was then christened “Standard”. The days of the venerable Powerplus were almost numbered; in 1924 it was last mentioned in the sales literature.
The model we present here was built for the English market, it has the kick starter on the right hand side.
The machine is an older restoration and is electrically equipped.
The electrical wiring and the external contracting band brake will need some attention.
This final-year PowerPlus is in good overall condition and is equipped with Corbin speedometer.