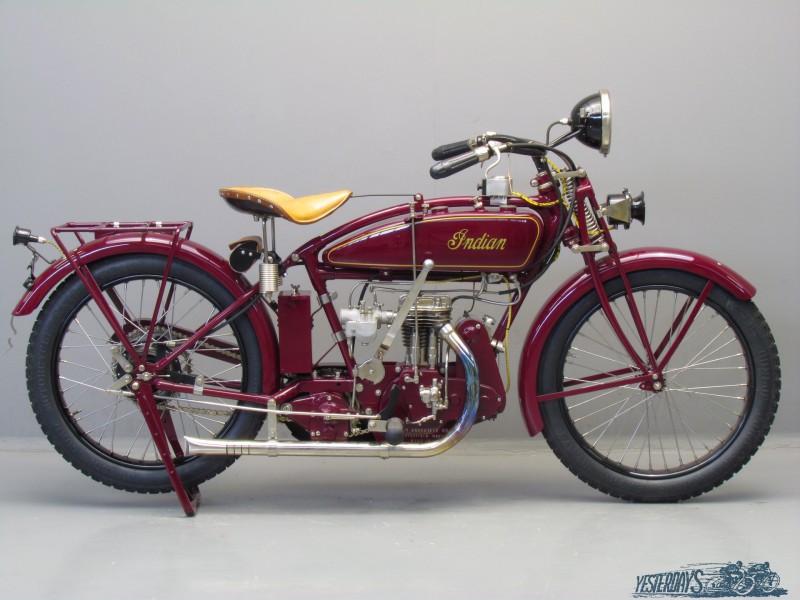 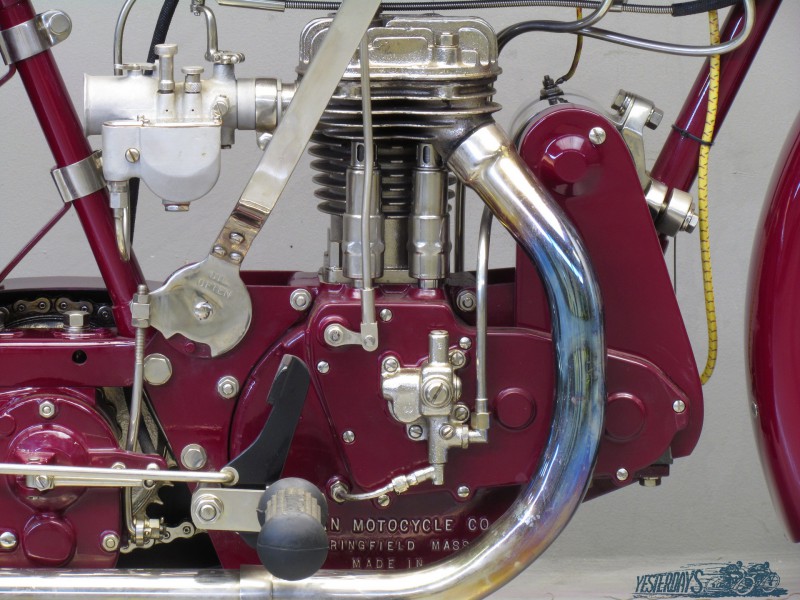 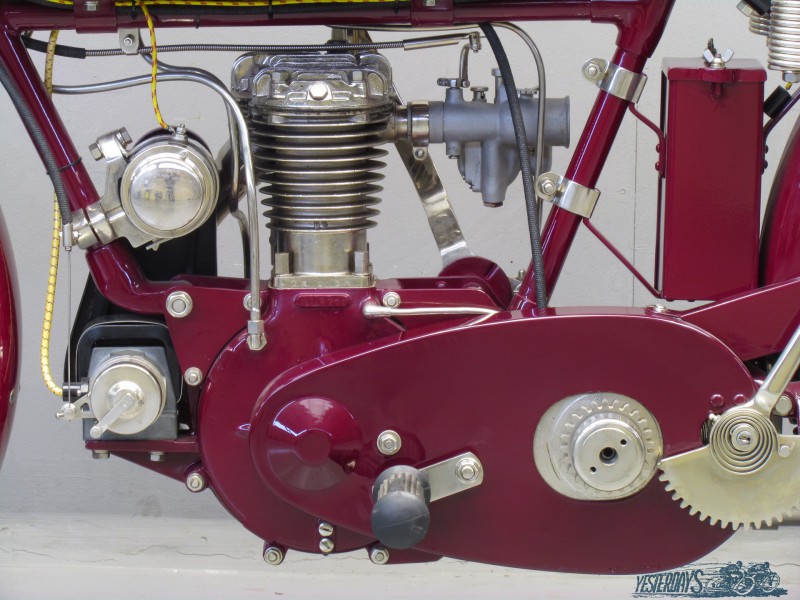 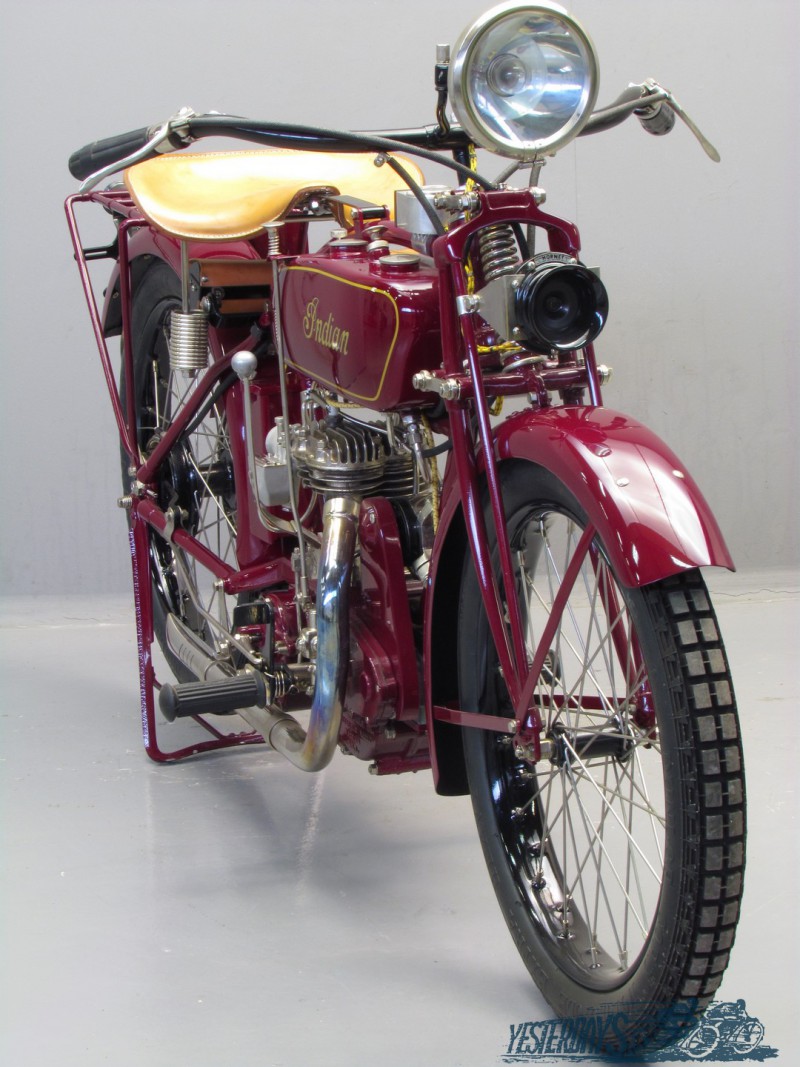 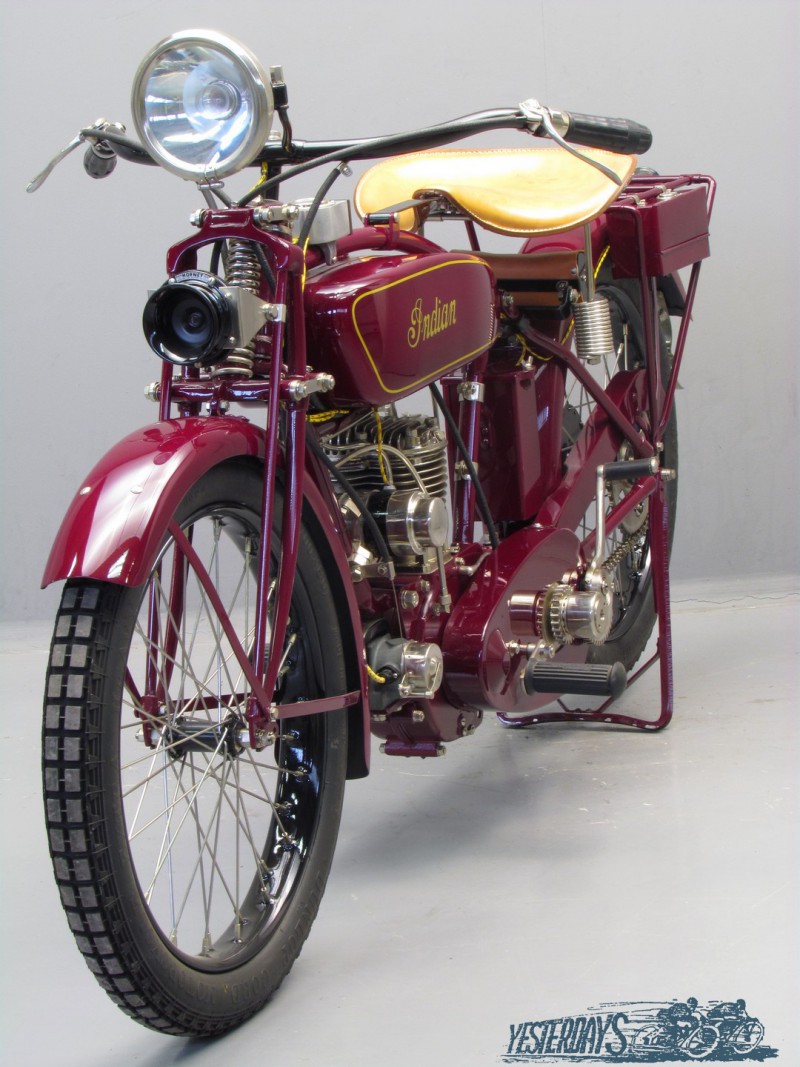 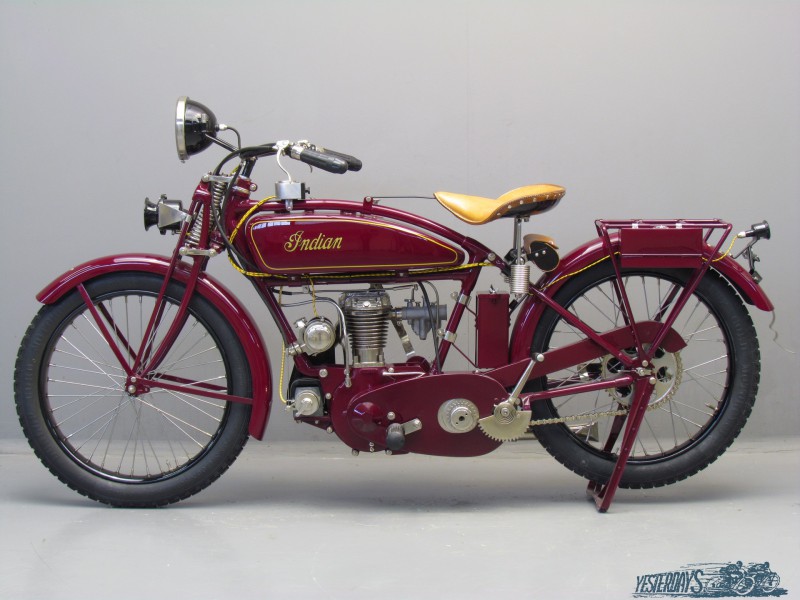 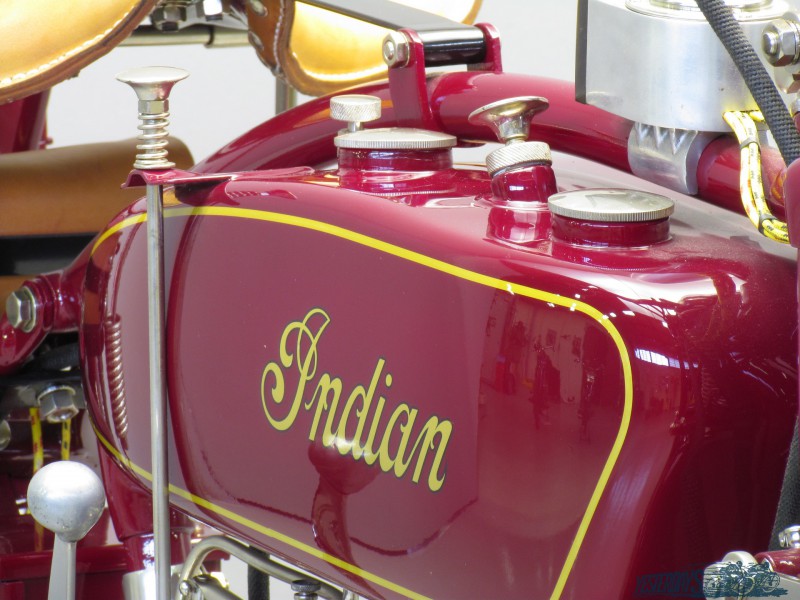 Before Indian’s Chief Engineer, Charles B. Franklin, begins to design a light weight, single cylinder motorcycle, he travels to England to study all the latest British models at first hand.
The most conspicuous feature of the UK market at the time is the increasing popularity of relatively high performance 350cc models for both commuter and sporting road use.
These relatively light and economical machines are rapidly taking the place of the old 500cc class models.
By the mid twenties it has become obvious that 350cc singles are the best selling models in British, continental European and colonial motorcycle markets.
After his European trip Franklin imports several machines from overseas for evaluation.
He singles in on a new Velocette Model K that is noted for its outstanding performance.
The first Indian Prince for 1925 looks remarkably similar to that Velocette, with the exception of the engine; the Prince uses a side valve power source to cut manufacturing expenses.
The most obvious styling cue to the Velocette is a wedge-shaped petrol tank which does not appeal to American buyers, and in the next year the tank is restyled to appear more like the one on the popular Scout.
Also following English design practice, the little Indian uses light weight girder forks and has a hand-change three speed gearbox.
The engine is secured into a keystone frame with steel plates and has a 3-speed sliding gear transmission with a foot clutch. Unlike other Indian motorcycles, it has a dry plate clutch.
Princes are economical to operate and deliver excellent fuel economy. The 1926 brochure proudly states: “Here’s the 1926 Indian Prince with the streamline beauty of the Indian Scout.
It is still two hundred pounds lighter than the average motorcycle. You can learn to ride it in five minutes.”
This Prince has been restored to a very high degree of perfection and after restoration it has been on display in a private Indian collection.
The machine is fitted with the standard electric lighting system with Splitdorf generator, “Hornet” electric Klaxon and top-tube mounted “Indian” amp gauge and switch in aluminium case.