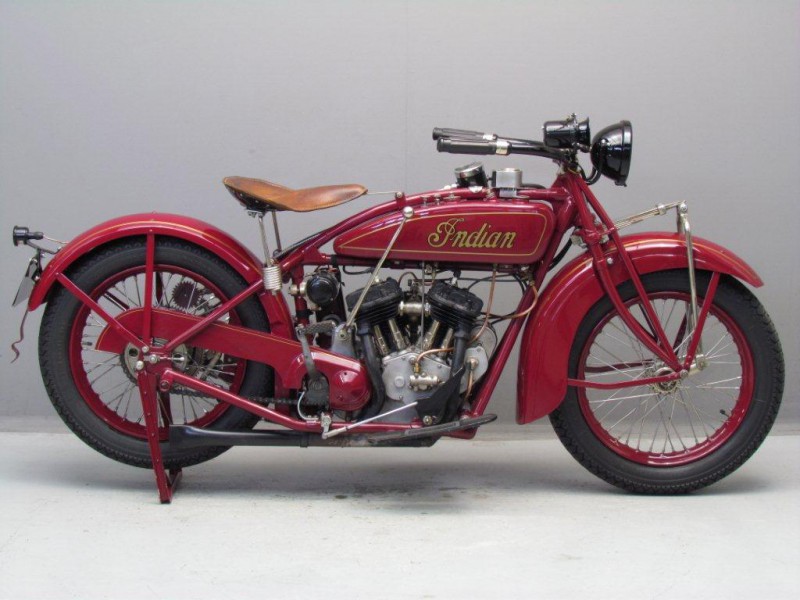 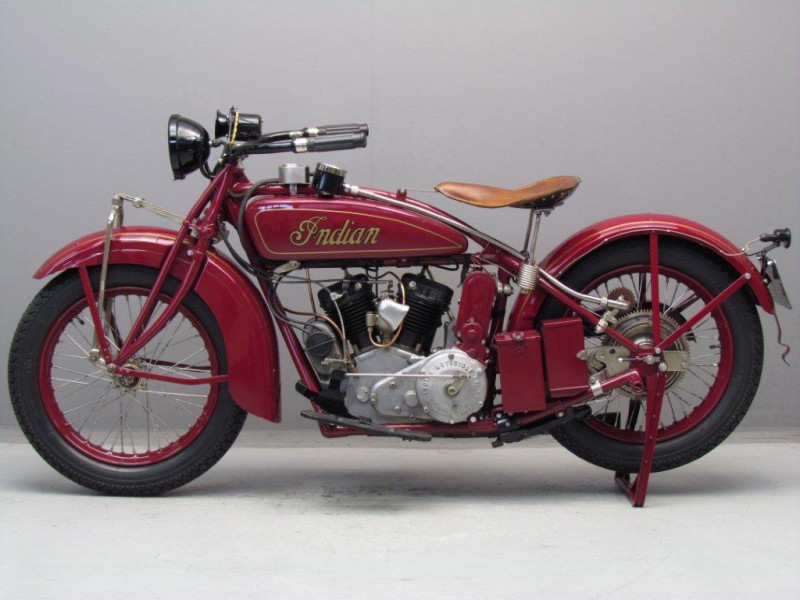 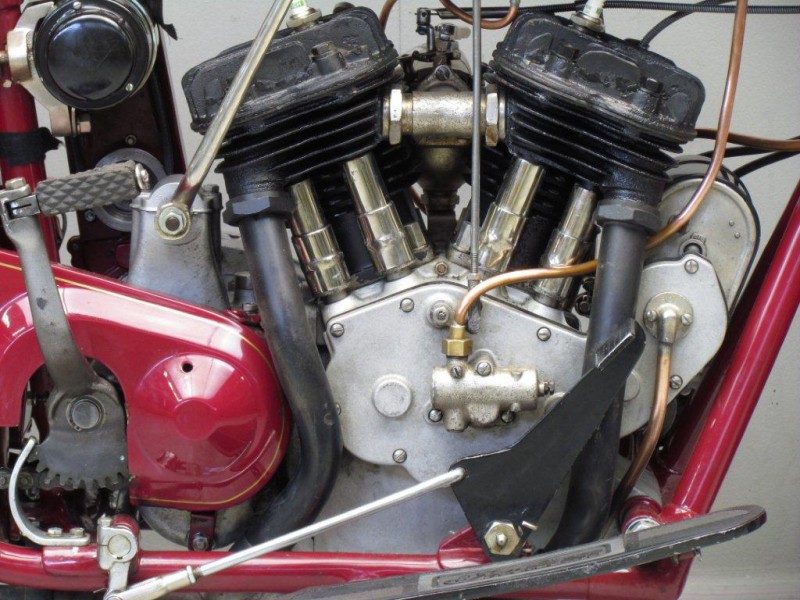 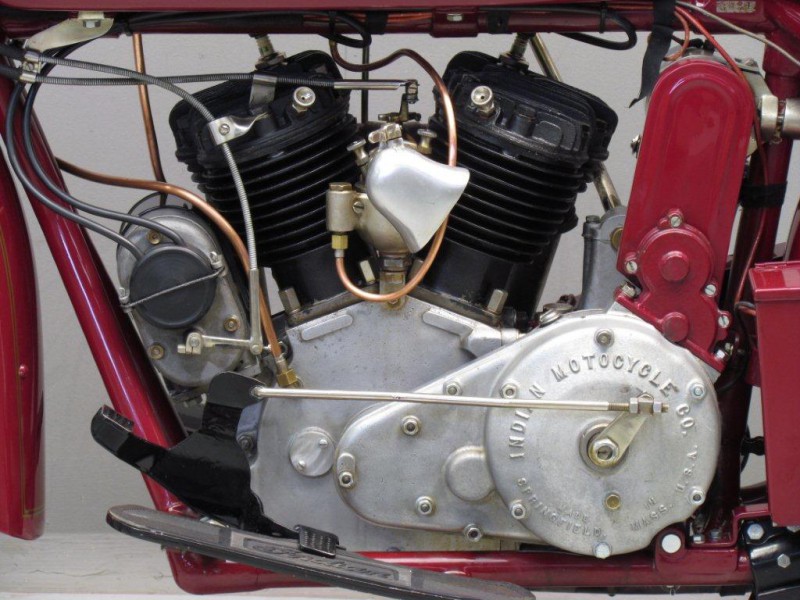 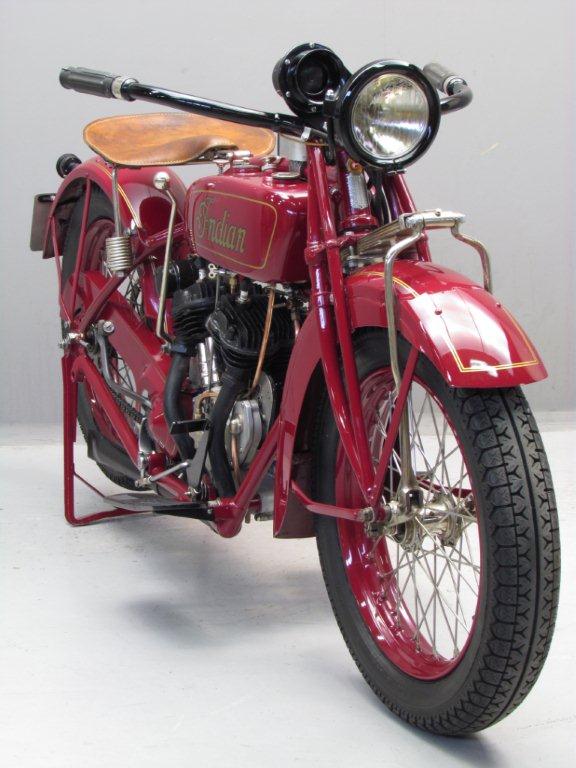 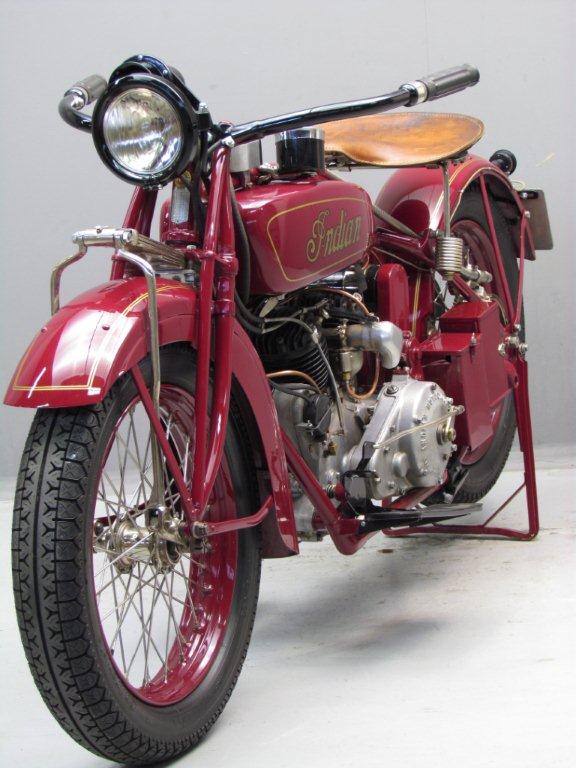 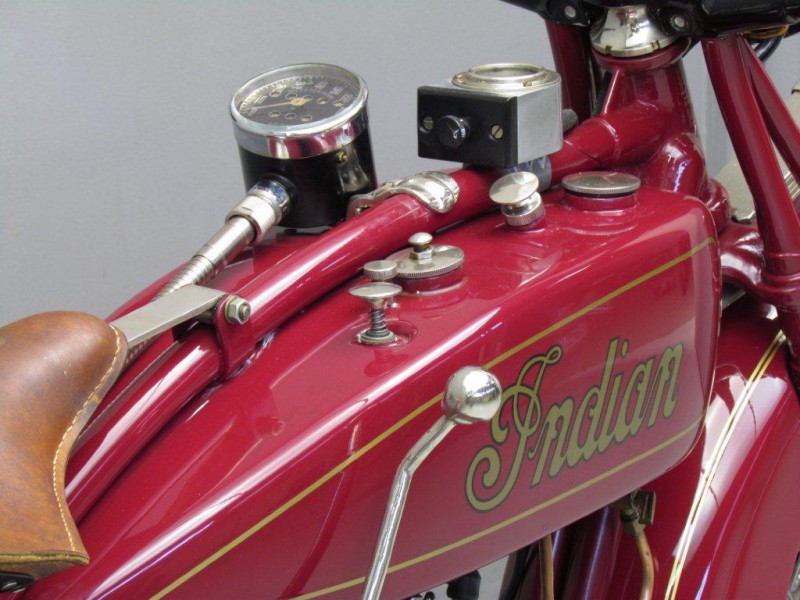 After WW I the Indian factory decided it was time to market a somewhat lighter model than the 1000cc Powerplus.
The new model was labelled “Scout” and it created a sensation when brought out in 1920.
The strong points of the new design were easy handling, lightness, ample power for the 1920s roads and unbeatable reliability.
The new middleweight was also appealing to the prospective motorcyclists who were put off by the usual heavyweight big twins.
The Scout features a semi-unit construction power plant with a 3 –speed transmission bolted on to it.
Primary drive is by a set of helical gears that are enclosed in a cast aluminium cover and run in an oil bath.
The clutch is foot-controlled.
From late 1926 on the engine could also be had in 750 cc ( 45’’) capacity, which greatly enhanced the Scout’s popularity: it offered increased power and speed with only a minimal increase in weight.
The 750 got the nickname  “Police Scout”.
This machine is an early 1928 model; it already has the new 101-type engine, but still the 1927 type frame and tank.
The machine has been nicely restored and comes complete with Corbin speedometer and jiffy stand.