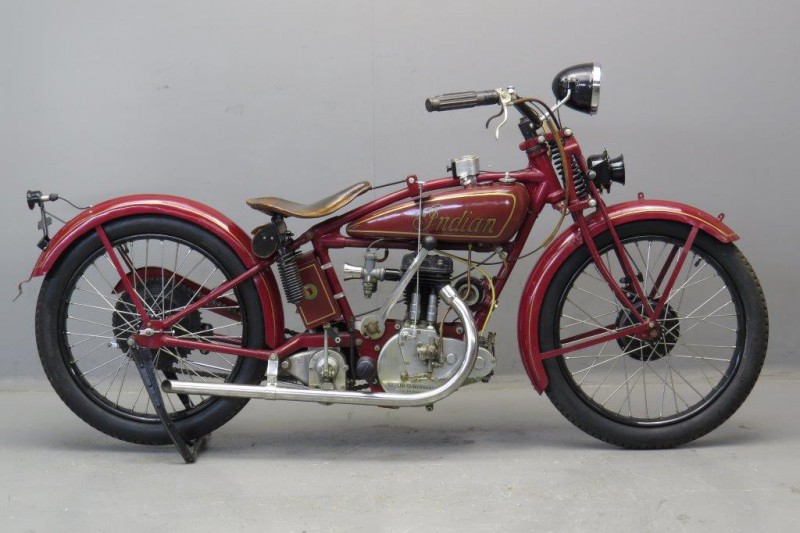 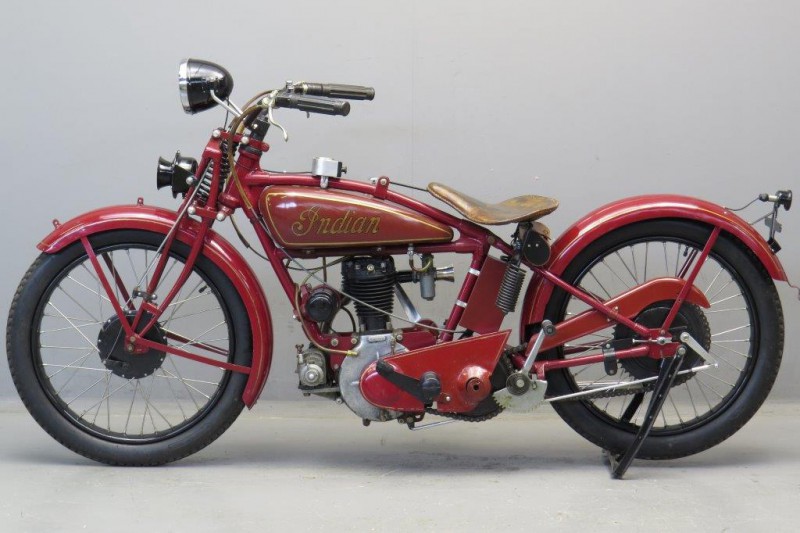 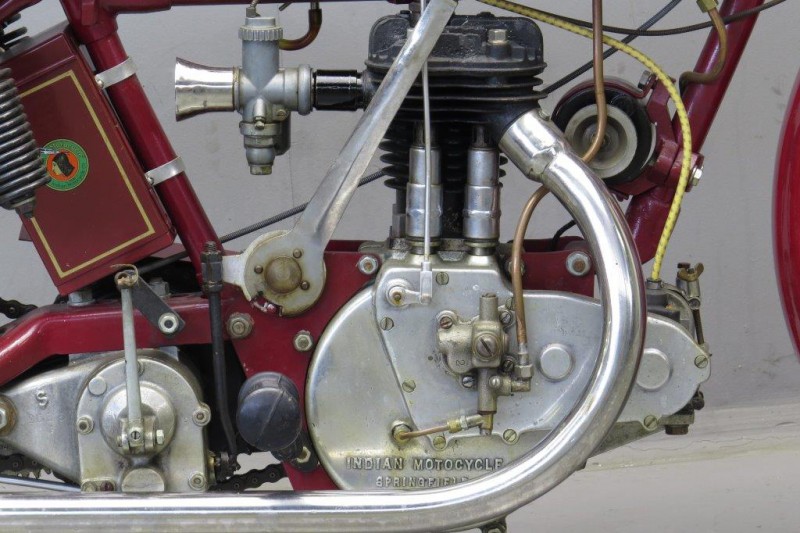 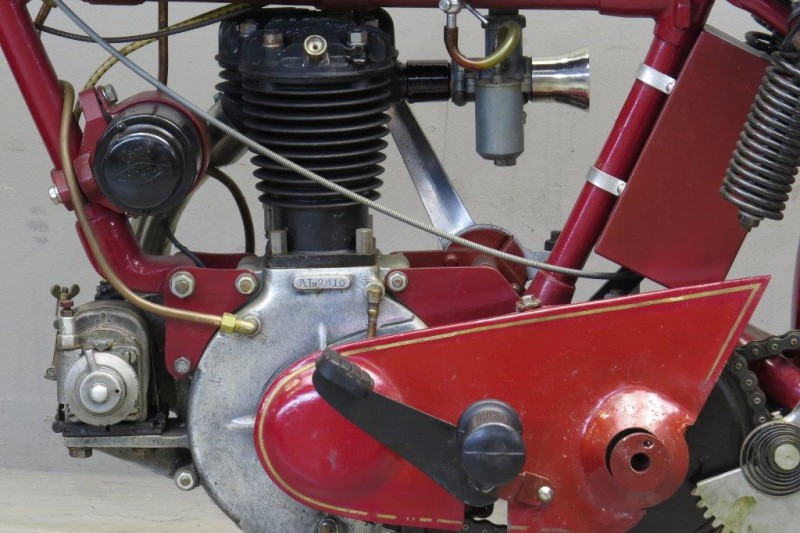 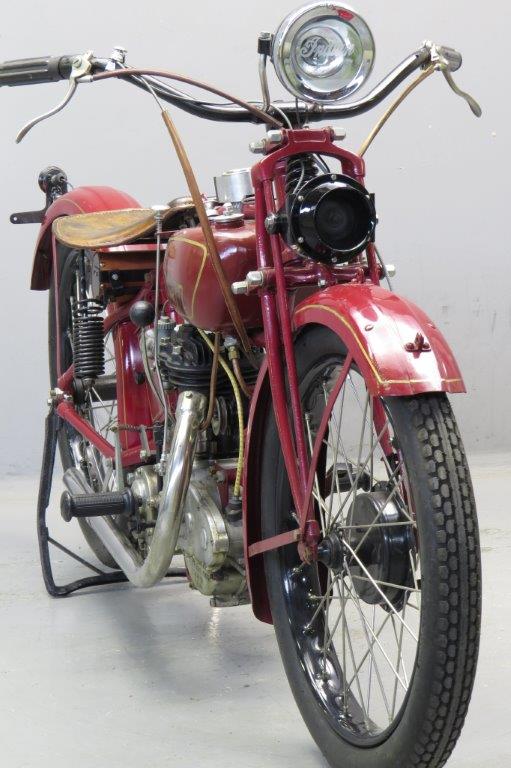 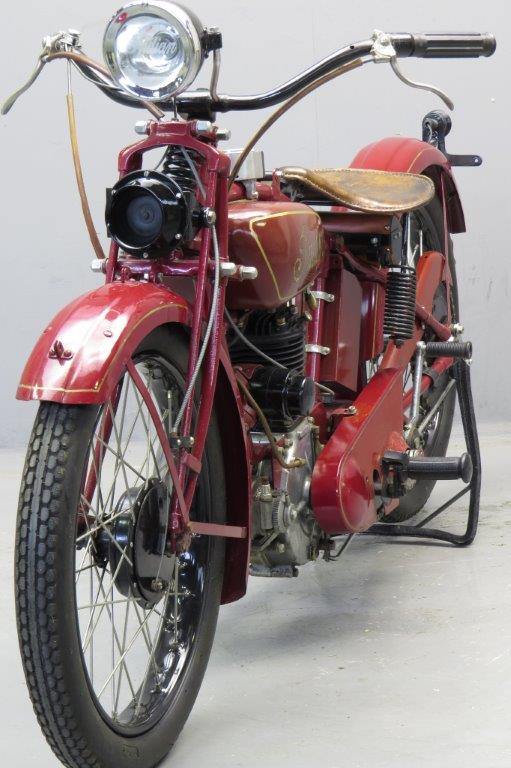 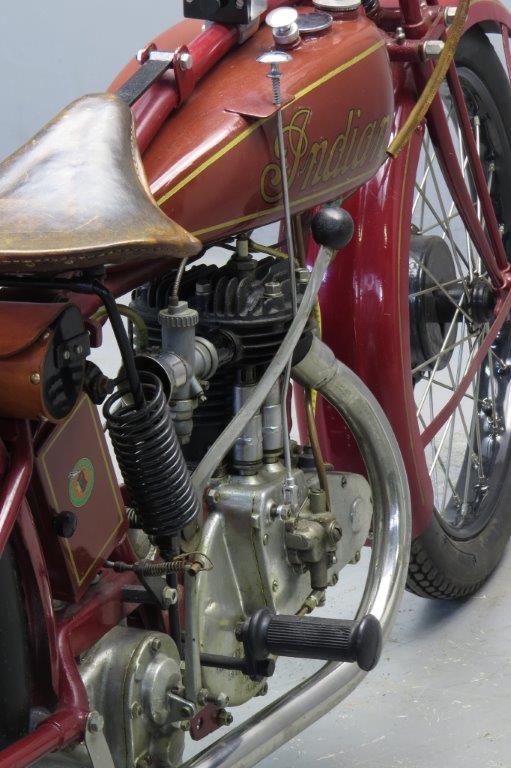 By the early 1920s Indian’s big twin-cylinder models had become established as the cornerstones of the range, representing the bulk of production, which left room lower down for a more affordable ‘entry level’ model. First seen in 1925, this was the Prince, which was powered by a 349cc single-cylinder ‘flat head’ engine and was handsomely styled in the manner of Indian’s larger models.
The following year an overhead-valve Prince was introduced.
Produced in 21.35ci (349cc) and 30.5ci (499cc) versions, the OHV Prince in its competition form went on to establish an enviable record in flat-track racing.
The road-going Prince though, was less successful, its relatively modest performance being more suited to European conditions than the wide-open spaces of the North American Continent where the big twins reigned supreme.
Prince production ended in 1928.
This example of a rarely seen Indian 349cc is largely complete and original, albeit with non-standard carburettor and front chain guard.
She will  need complete refurbishing before being put back on the road again and comes complete with head lamp, ammeter, tool roll, claxon and generator.
For useful Prince parts check out  http://indianprince.org/