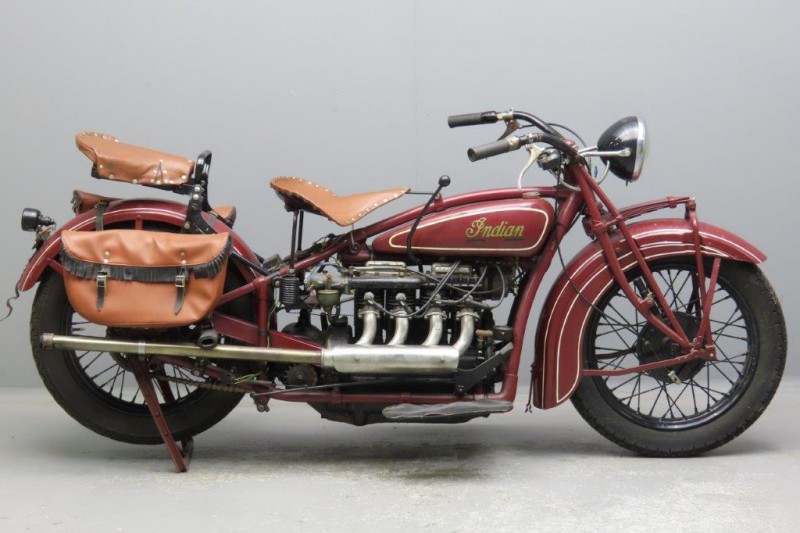 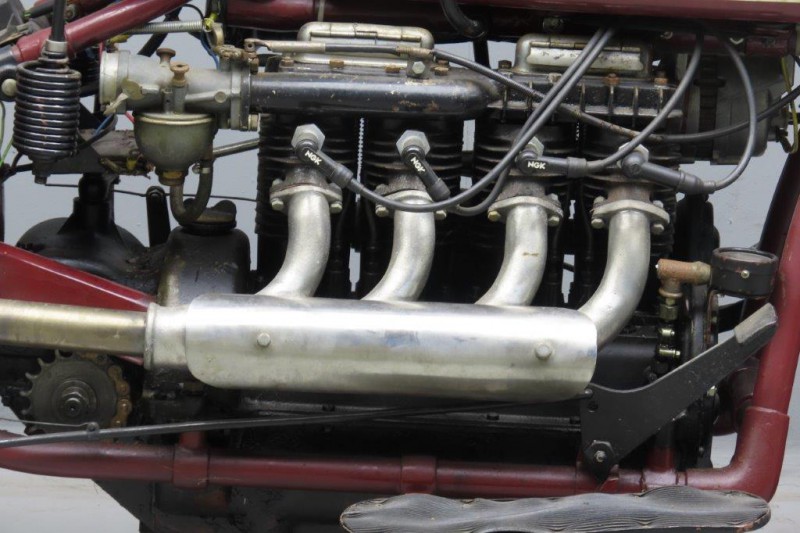 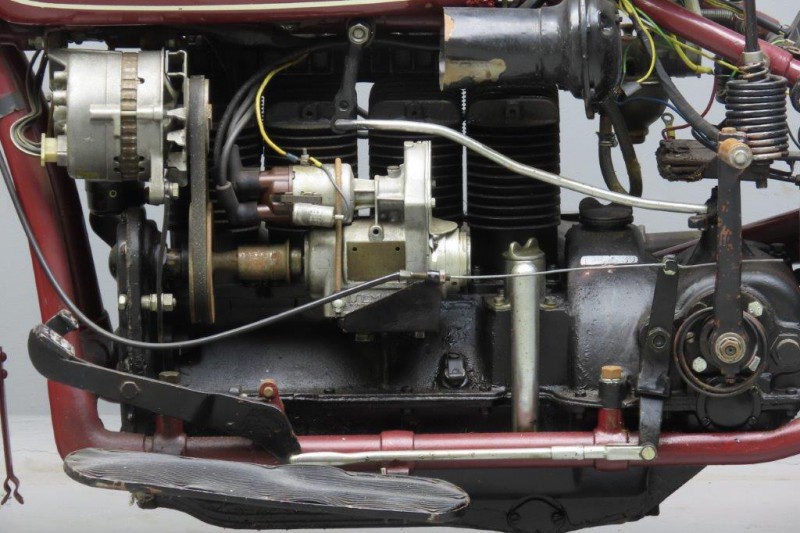 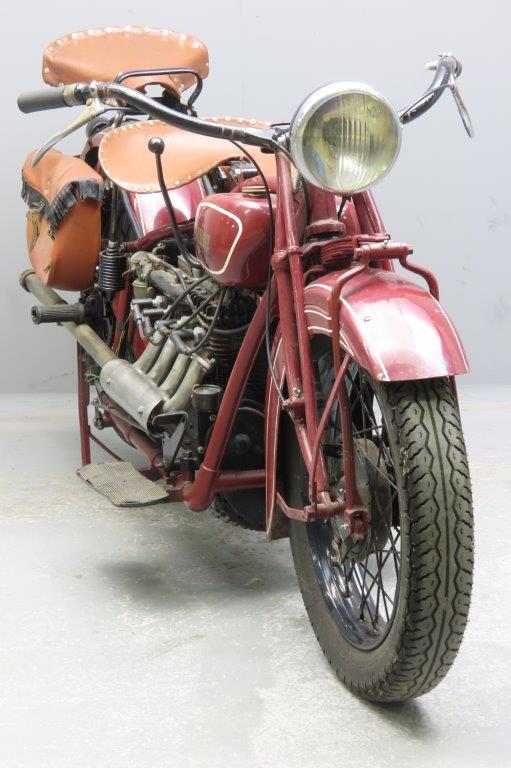 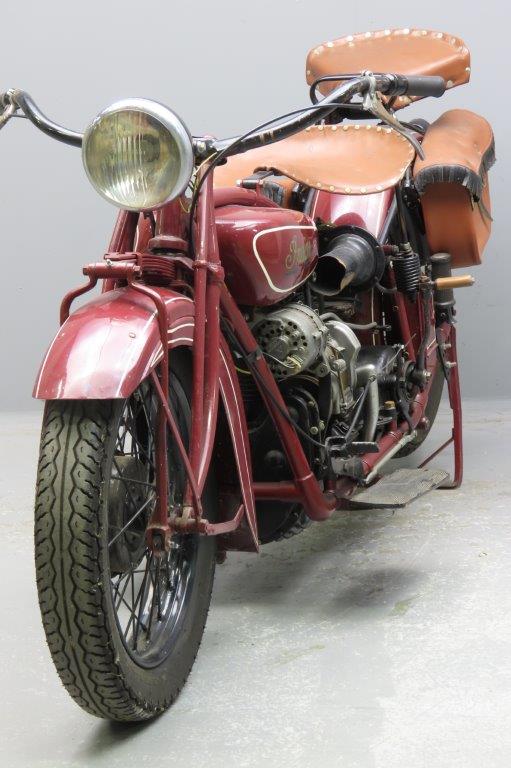 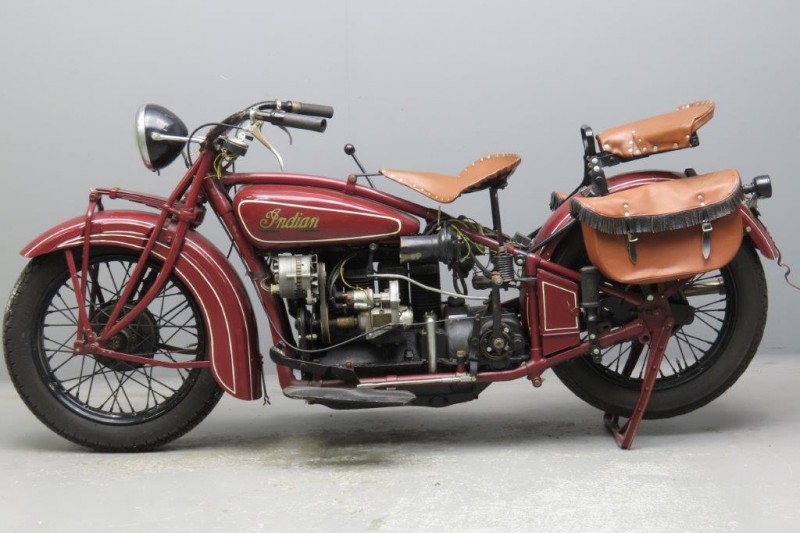 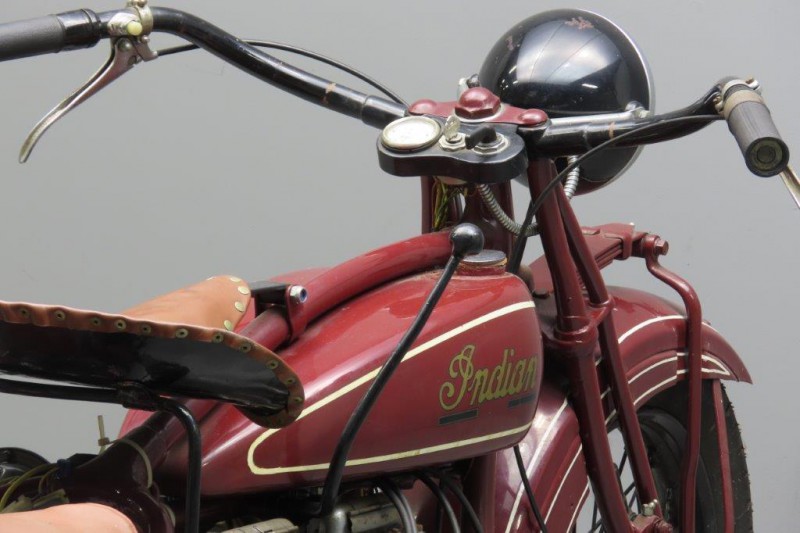 Early in 1927 Indian bought the entire assets of the famous ACE motorcycle corporation.
Indian proceeded to manufacture the Indian –ACE until 1928 when the Indian Four took its place.
The 1265 cc engine has overhead inlet valves and side exhaust valves and delivered in the late twenties form about 30 HP.
About ten years later this had grown to about 40 HP and tuned examples were known to put out some 50 HP! But with output also the weight grew: a 1929 4 would weigh about 455 lb, a 1942 model ( the last year of manufacture) weighs 568 lb.
The Indian Four of 1929-31 shares most of its cycle parts with the graceful model 101 Scout: it’s a low-built, pleasantly streamlined machine, with the added attraction of a smooth and silent, car-engine like power source.
The successor of the Indian-Ace, the “Series 401”, had been in production from the summer of 1928 till the spring of 1929 and was then succeeded by the “Series 402”.
The most important improvement was the fitting of five main bearings for the engine instead of the three that had been used before.
Further modifications included new connecting rods with larger bearings and an improved clutch.
This model 402 spent most of its life in northern Europe and is in need of a total restoration.
She has been updated during its live with some non-original parts, such as a modern generator and ignition system.
The engine turns free against compression, the clutch disengages well and the transmission selects all gears.
She has an issue with the gearbox housing.
She looks very original and promises a straight forwarding restoration.