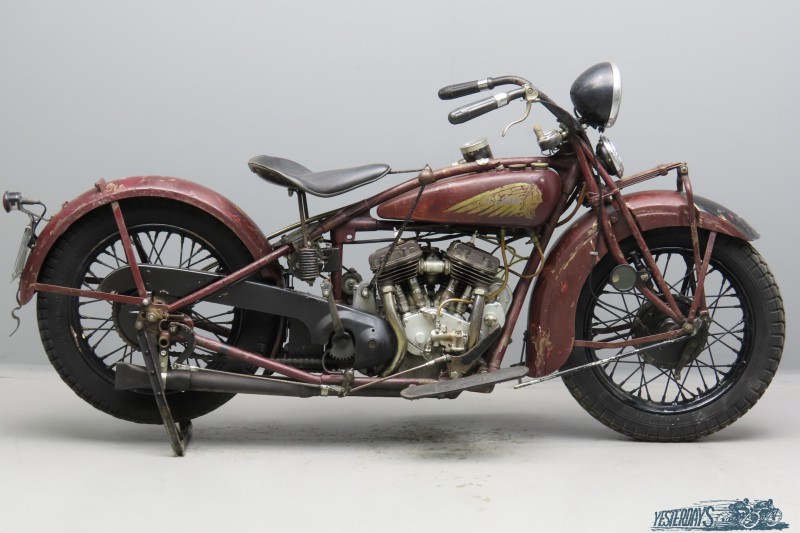 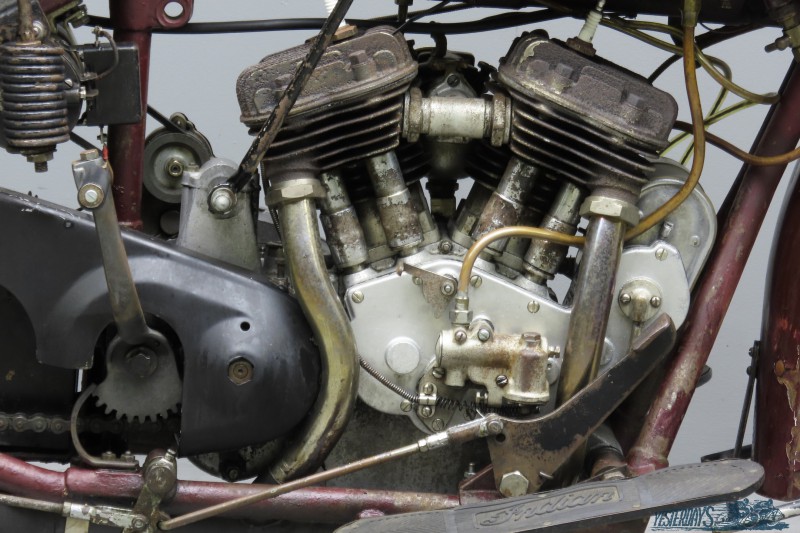 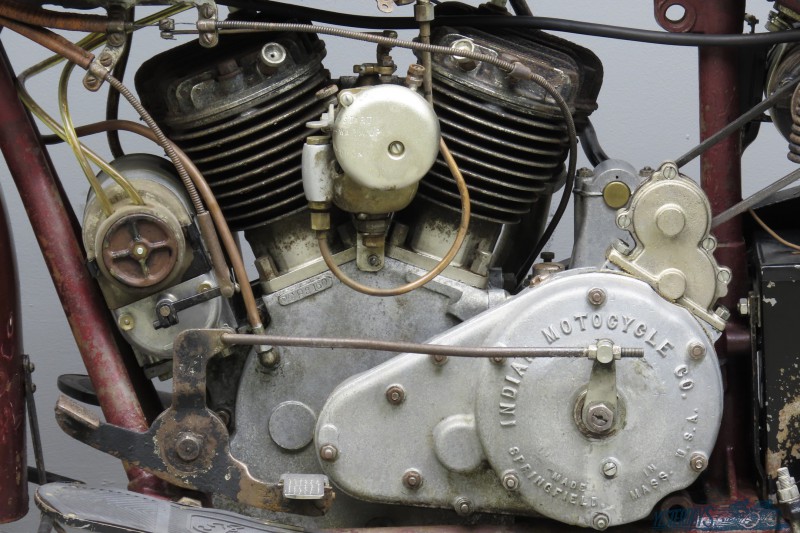 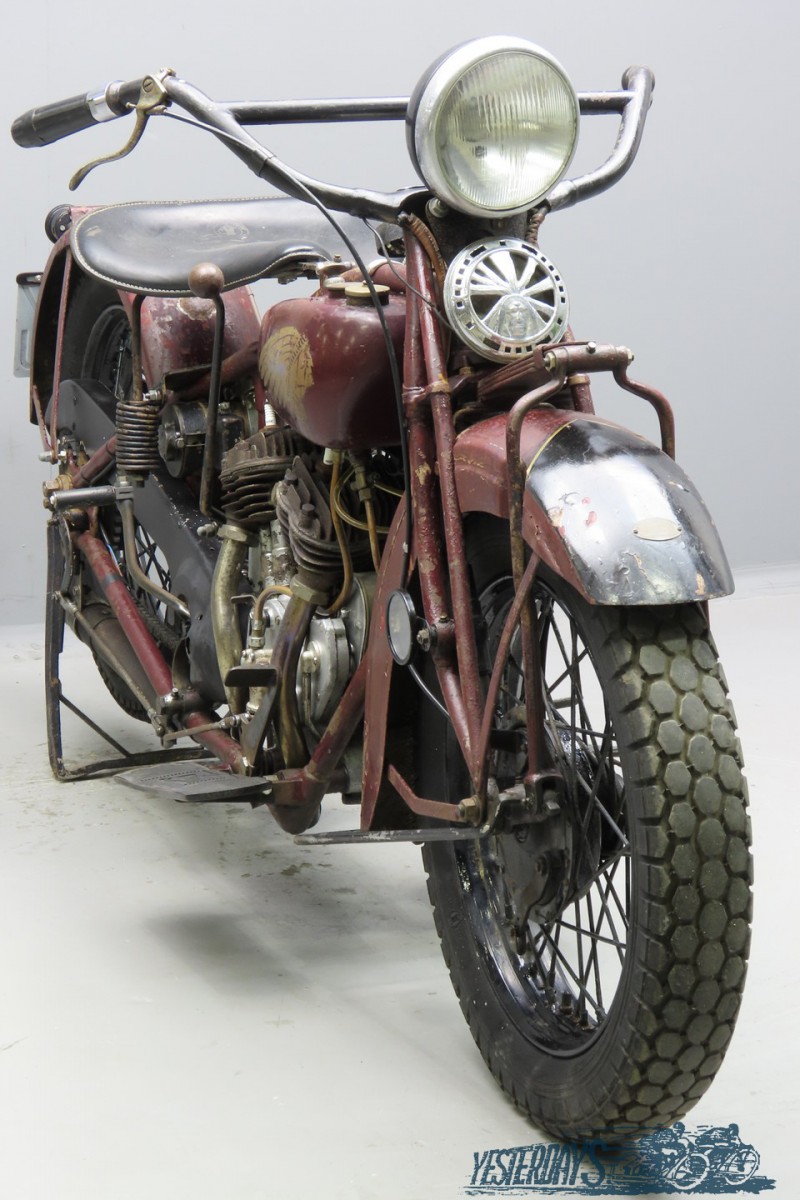 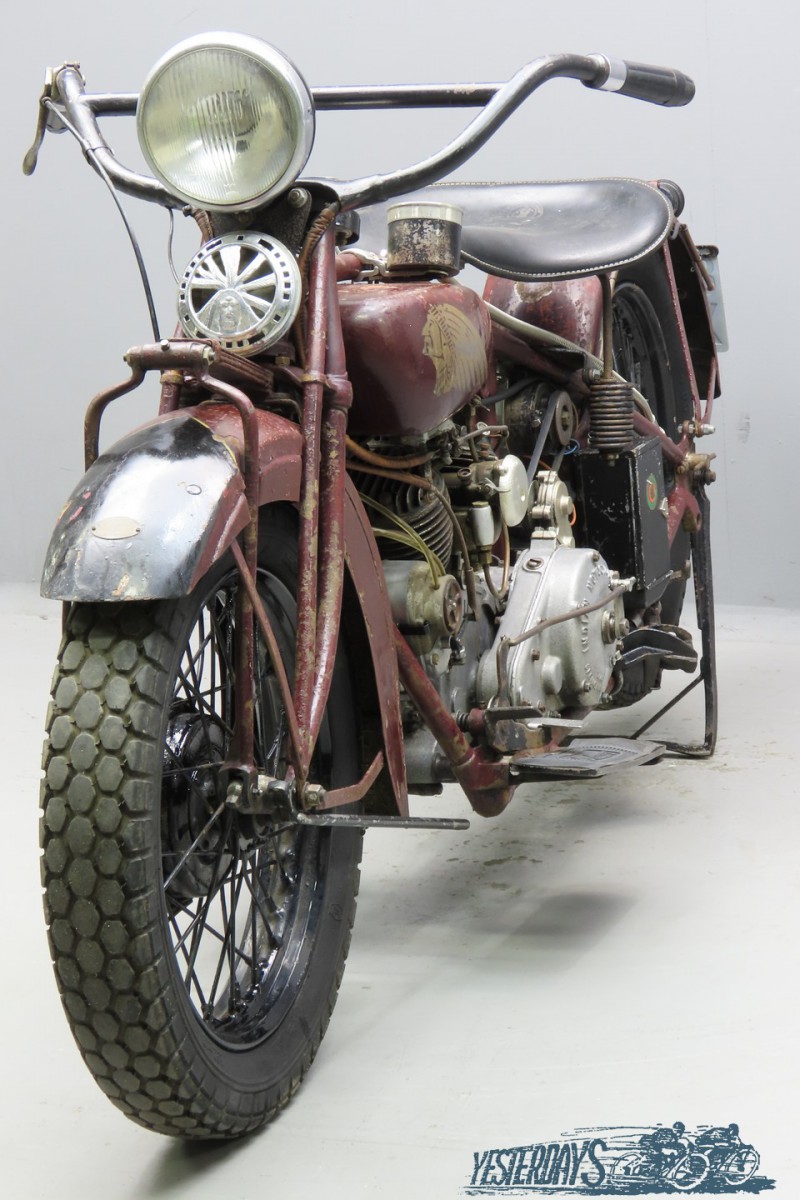 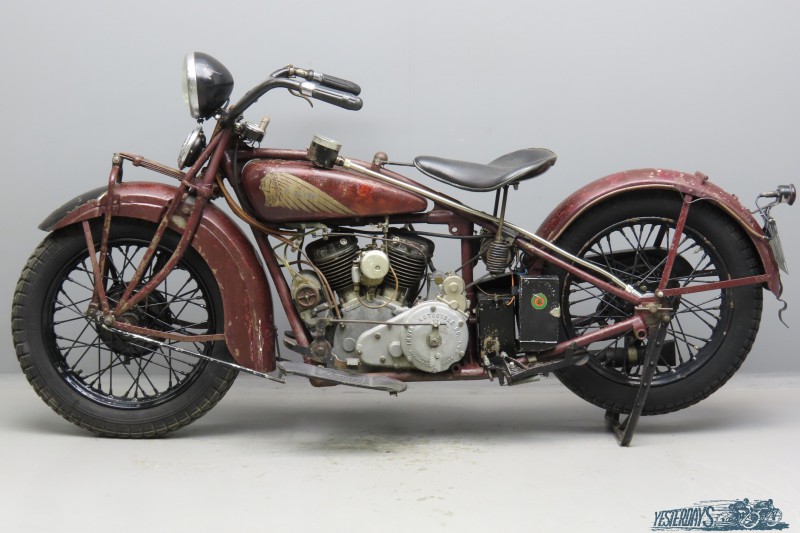 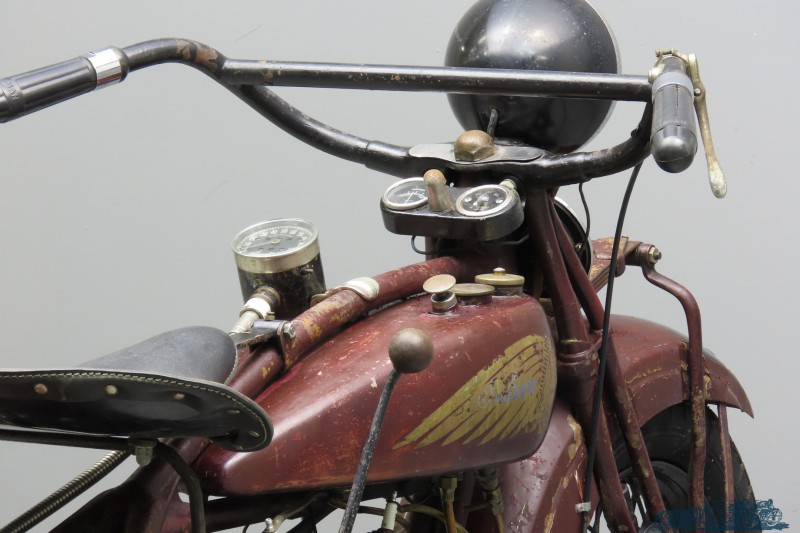 In 1928, Charles Franklin, the Indian engineer and former racer responsible for the original Scout, tweaked the design to create the 101 Scout.
It incorporated a number of changes prompted by real-world racetrack experience with the original Scout, including a stronger frame, better suspension and steering, a 3-inch increase in wheelbase, increased fork rake, a low, 26¼-inch seat height, and a front brake.
Unfortunately, though, the 101 Scout had a much shorter production run than the original Scout.
The model lasted a mere four years in the Indian line-up until the Depression forced the company to find ways to cut production costs.
One way Indian did that was by putting the Scout engine into the larger Chief frame beginning in 1932.
The result was a bike that was bigger, heavier, and, many would argue, not as capable as the 101 was; many Indian enthusiast consider the 101 as the best Indian ever built.
Stability is such that the machine can easily be steered into a side street by applying knee pressure only, hands in your lap.
The 1931 101 differs in a number of details from earlier models: it got a new oil pump that could be controlled via the throttle cable so that the oil supply was increased when the throttle was opened to a certain degree.
The front view was dominated by a new centrally mounted headlamp to allow better aiming of the light and a new electrical horn with special Indian design face.
The handlebars were strengthened with a crossbar and the rear wheel had been made quickly detachable.
The 101 we present here has never been restored but has seen various coats of red paint over the years and at one time Indian head transfers have been applied.
There’s a brass dealer sign on the front mudguard referring to “Svend Mortensen, Sorø” so we presume the bike has Danish roots.
She comes with Corbin “Indian” speedometer and practical jiffy stand.