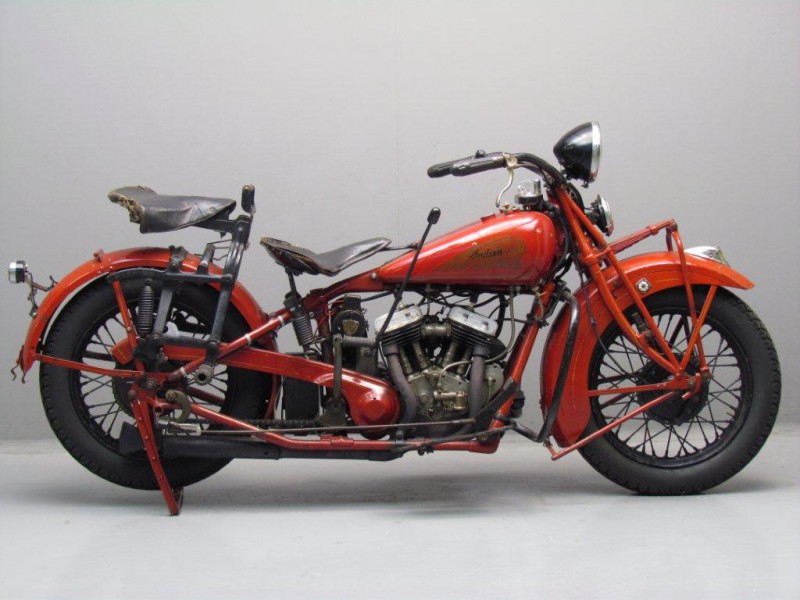 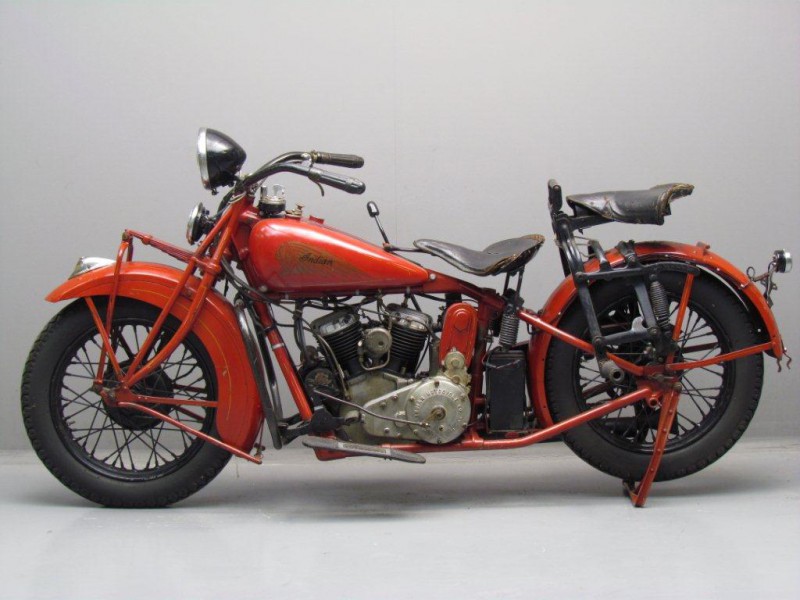 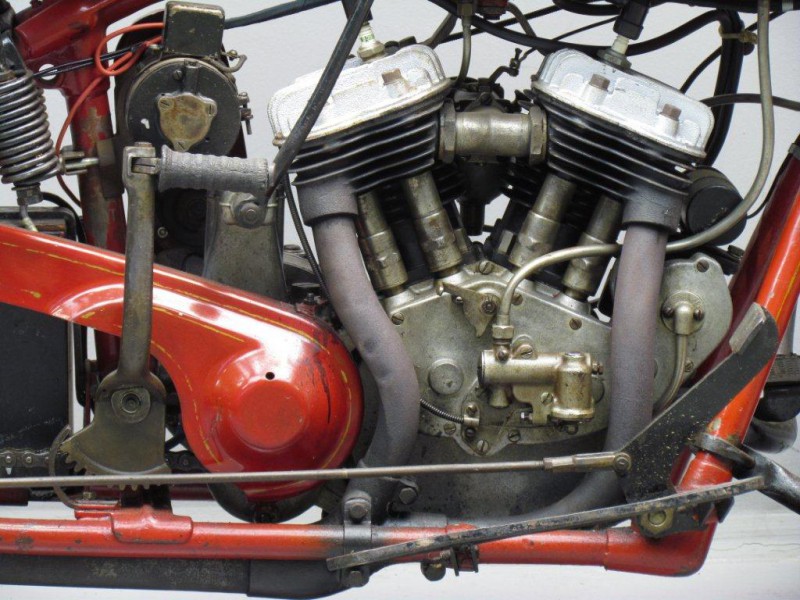 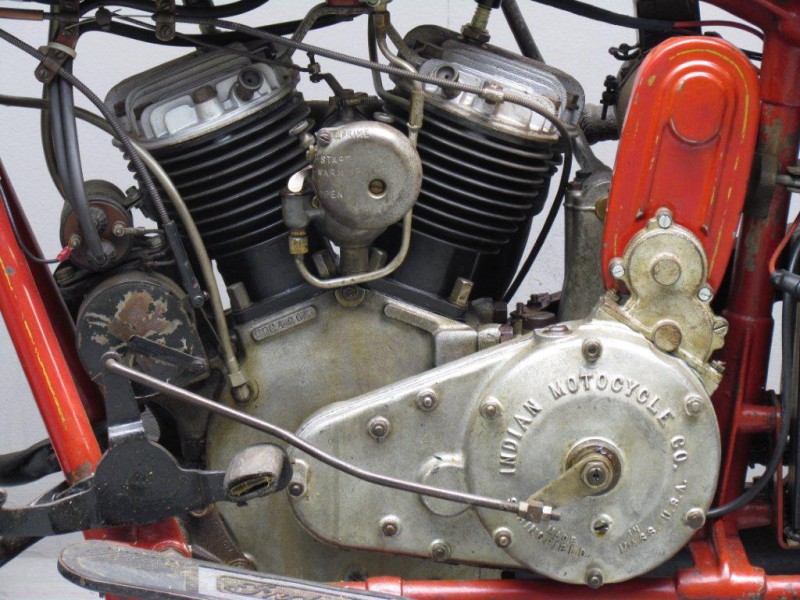 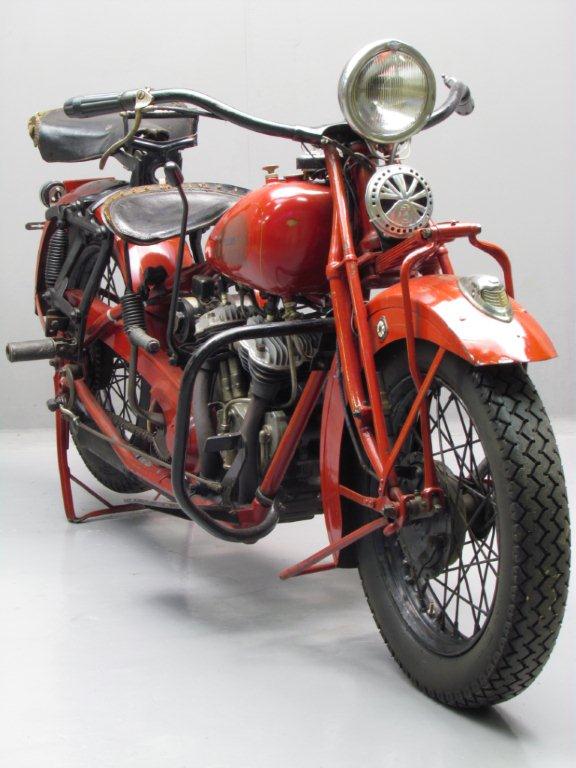 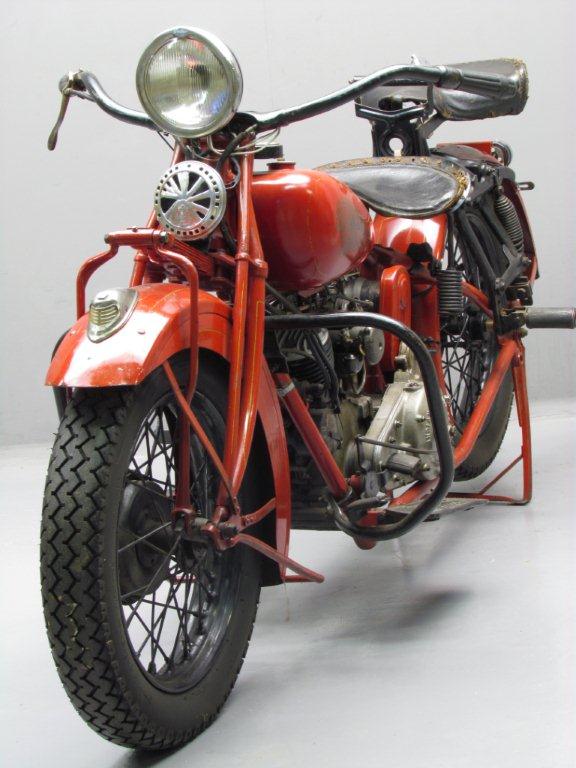 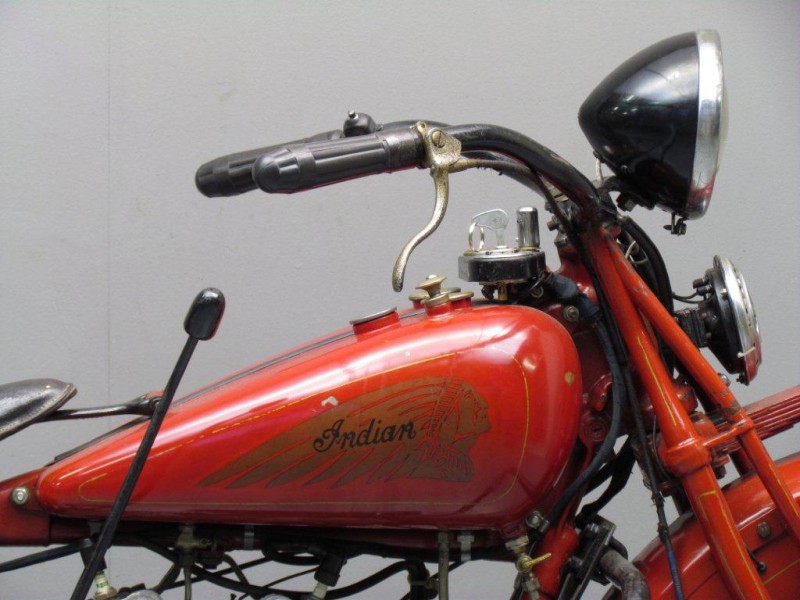 In 1928, Charles Franklin, the Indian engineer and former racer responsible for the original Scout, tweaked the design to create the 101 Scout.
The model lasted a mere four years in the Indian line-up until the Depression forced the company to find ways to cut production costs.
One way Indian did that was by putting the Scout engine into the larger Chief frame beginning in 1932.
This “new” model was labelled the “standard Scout”. The model gained  popularity with  police forces because it was a smooth running and vibrationless machine.
The Standard Scout was in limited production for some six years.
The 1932  and 1933 models still featured the helical gear primary drive from the twenties, but this was changed for the 1934 model year into  a four-row multiple chain, probably also to cut production  costs.
1932 was the last year  the total loss oiling system was employed.
A belt-driven  Autolite dynamo provides the electricity for the lighting system and the horn. Ignition is by battery and coil.
This matured older restoration has a most attractive patina and is very original with Indian head horn, dashboard and headlamp.
It comes complete with period passenger seat and is a smooth runner.