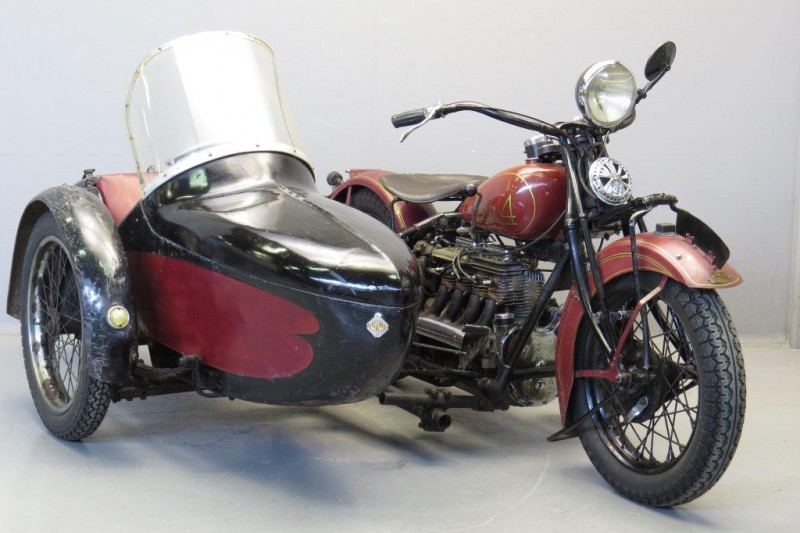 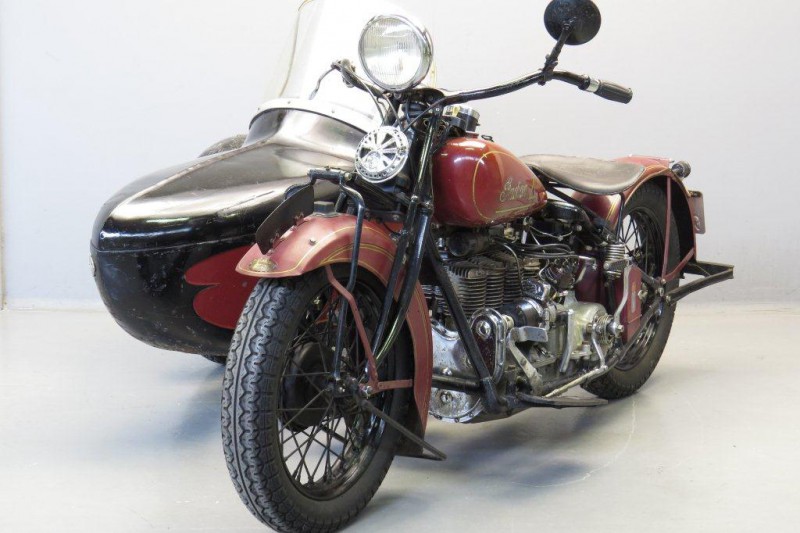 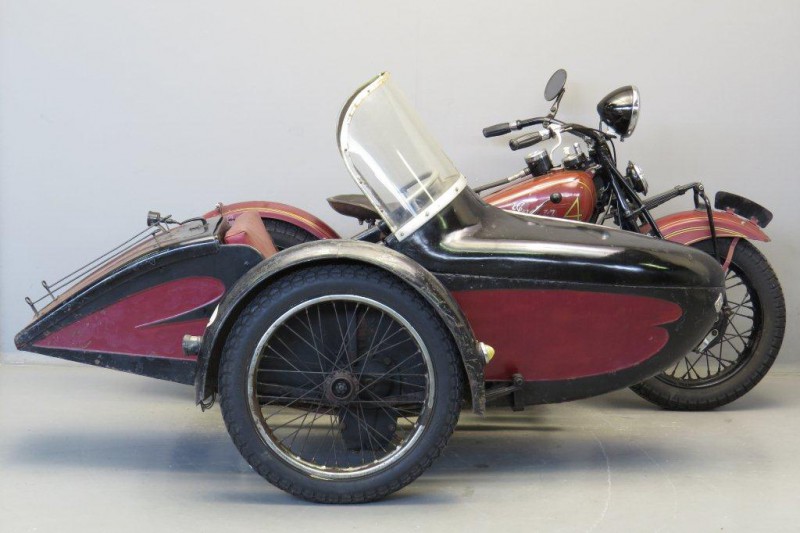 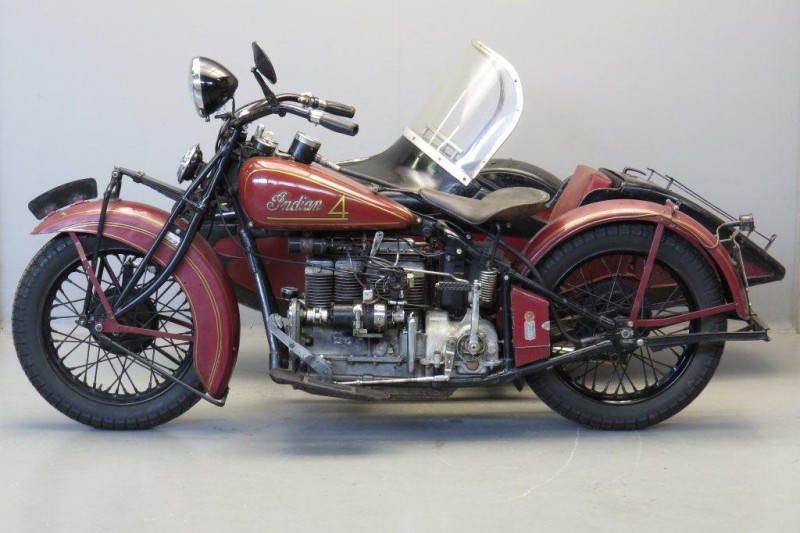 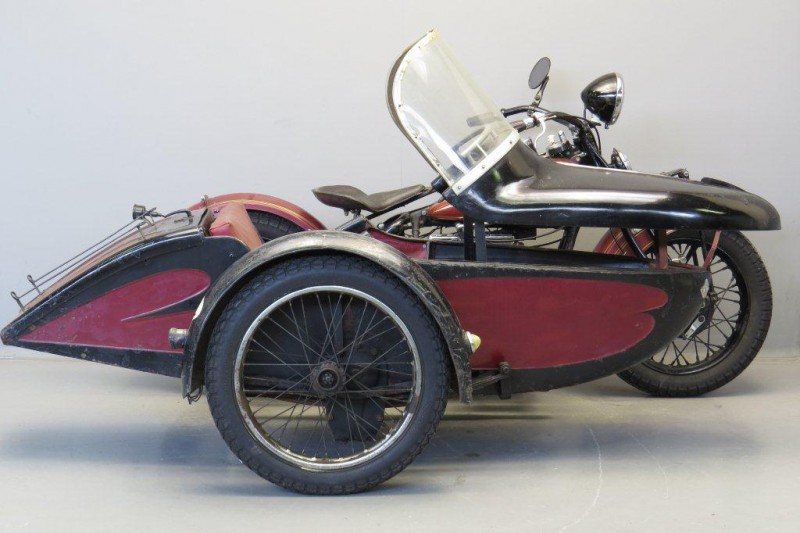 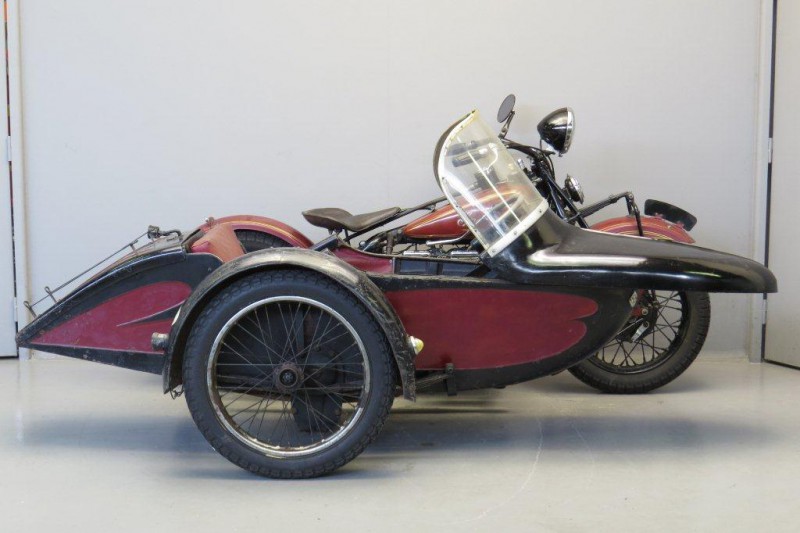 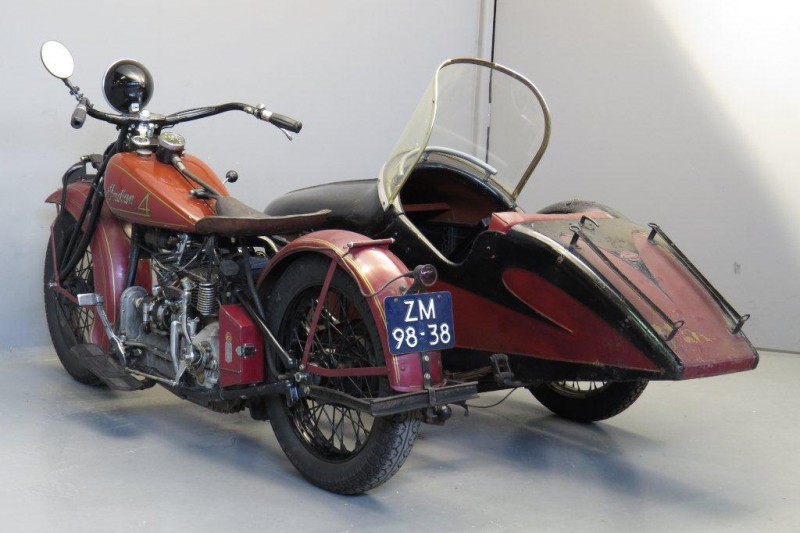 Early in 1927 Indian bought the entire assets of the famous ACE motorcycle corporation. Indian proceeded to manufacture the Indian –ACE until 1928 when the Indian Four took its place.
The 1265 cc engine has overhead inlet valves and side exhaust valves and delivered in the late twenties form about 30 HP.
About ten years later this had grown to about 40 HP and tuned examples were known to put out some 50 HP! But with output also the weight grew: a 1929  4 would weigh about 455 lb, a 1942 model ( the last year of manufacture)  weighs 568 lb.
An important new feature for 1933 was an improved intake manifold that supplied an absolute uniform mixture to each cylinder regardless the speed of the motor.
Among the other improvements were wider cylinder fins to improve cooling and  new first and second gear ratios for better acceleration.
Total Indian production for 1933 was only 1657 machines ; the Four was the most expensive model so probably no more than a few hundred  433’s have been produced.
This rare combination must have been one of the very few  fours that were sold in 1933 in The Netherlands through  the Amsterdam import firm of Van der Molen.
The graceful Bernardet sidecar is of French manufacture and the combination is in excellent running order.