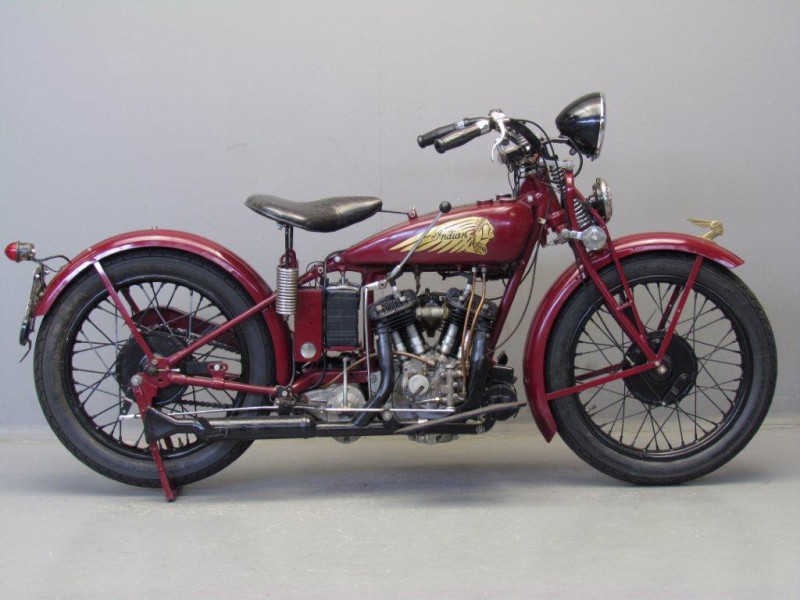 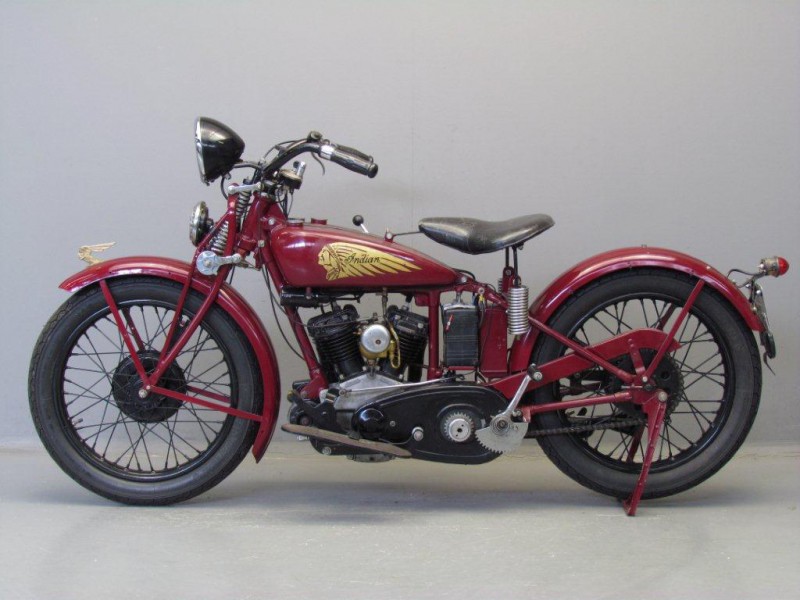 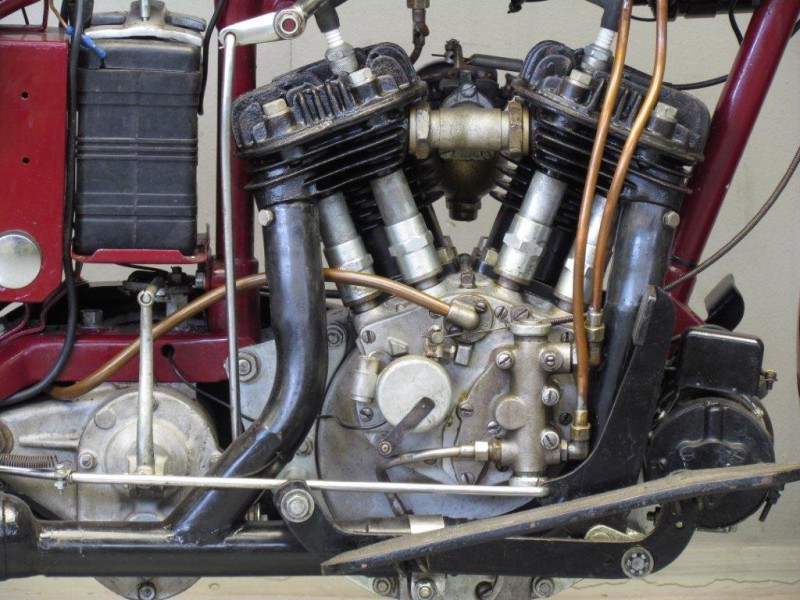 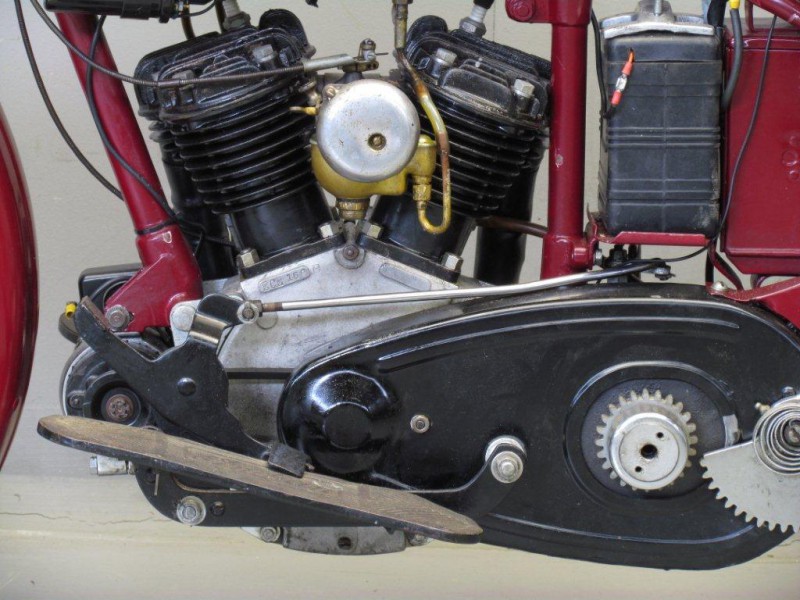 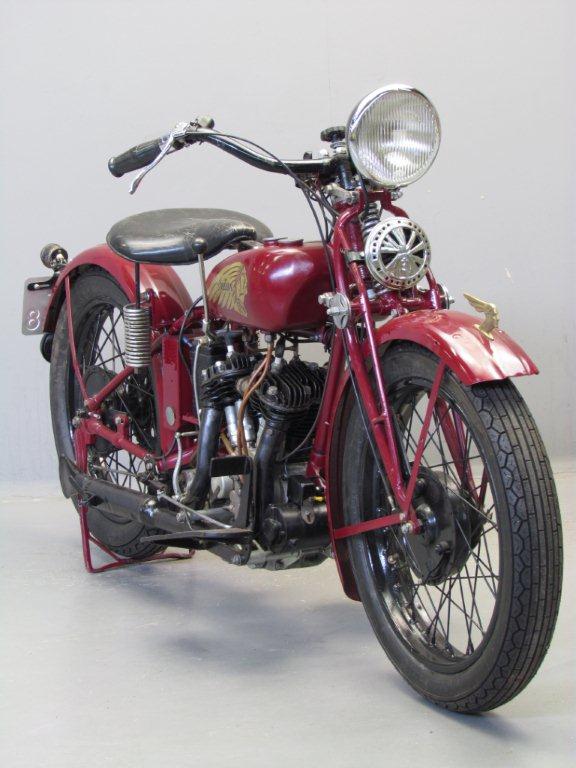 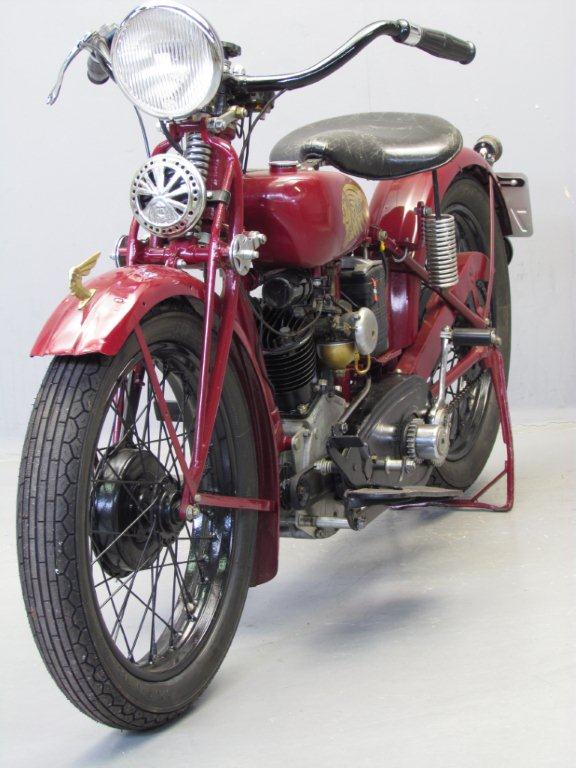 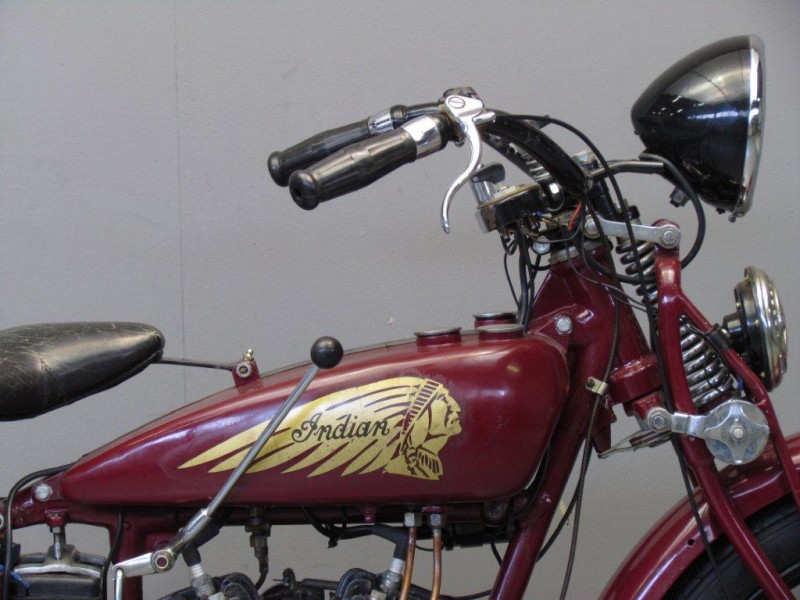 In 1932 two new lightweight twin cylinder models were introduced, the 750 cc “Motoplane”  and the500cc “Pony Scout”  which was later renamed “Junior Scout”.
The Motoplane was marketed as  a light and simple low-cost sports machine that could be entered in various types of competition events by an owner-rider.
The Pony Scout was intended as an economical utility machine.
Both types were designed in such a way that they were basically resurrected Prince models, utilizing  many Prince cycle parts as well as the  Prince clutch and gearbox.
The Junior Scout’s engine was basically a sleeved down edition of the original 600 cc early Scout engine but with improved finning and breathing capacity and dry sump lubrication.
For further economy of production battery and coil ignition was fitted as standard.
The machine was good value for the times and even with its small engine showed surprisingly good performance.
Production lasted until 1942.   (source: “The Iron Redskin”)
This machine is an older restoration in fine shape.