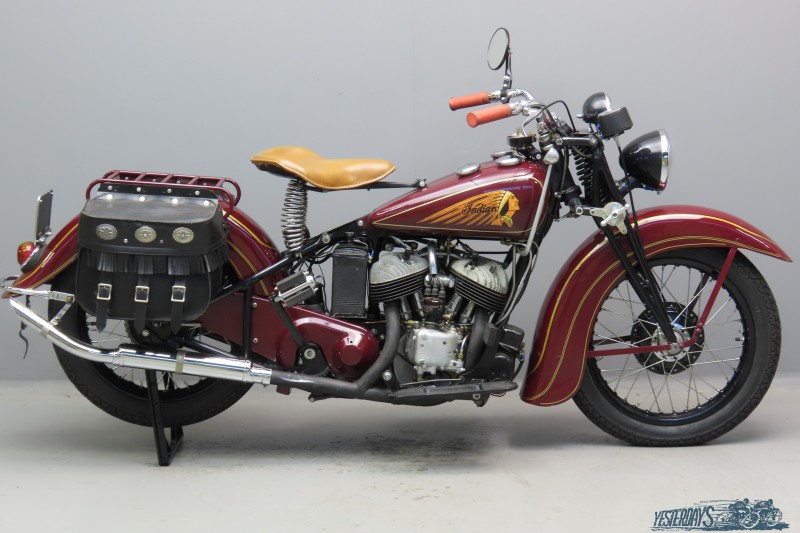 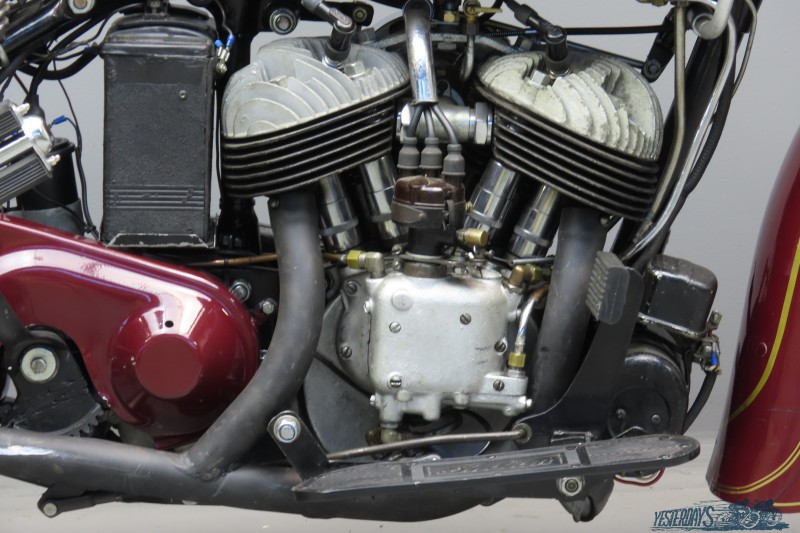 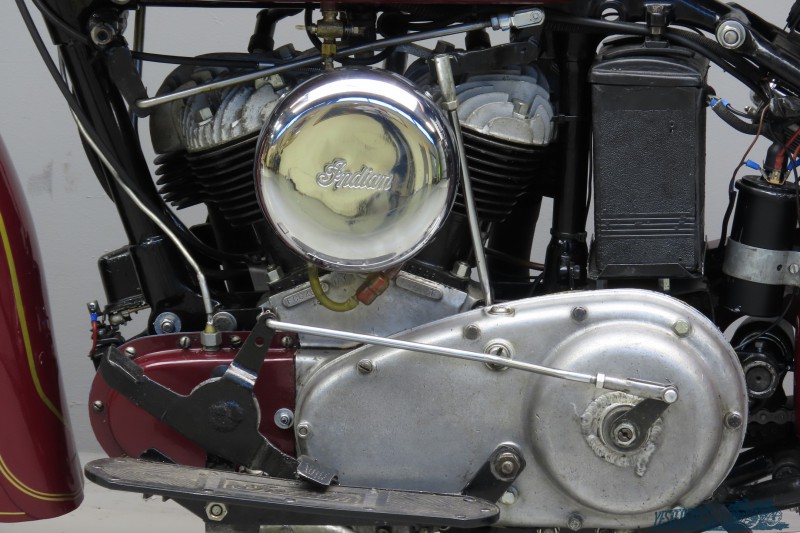 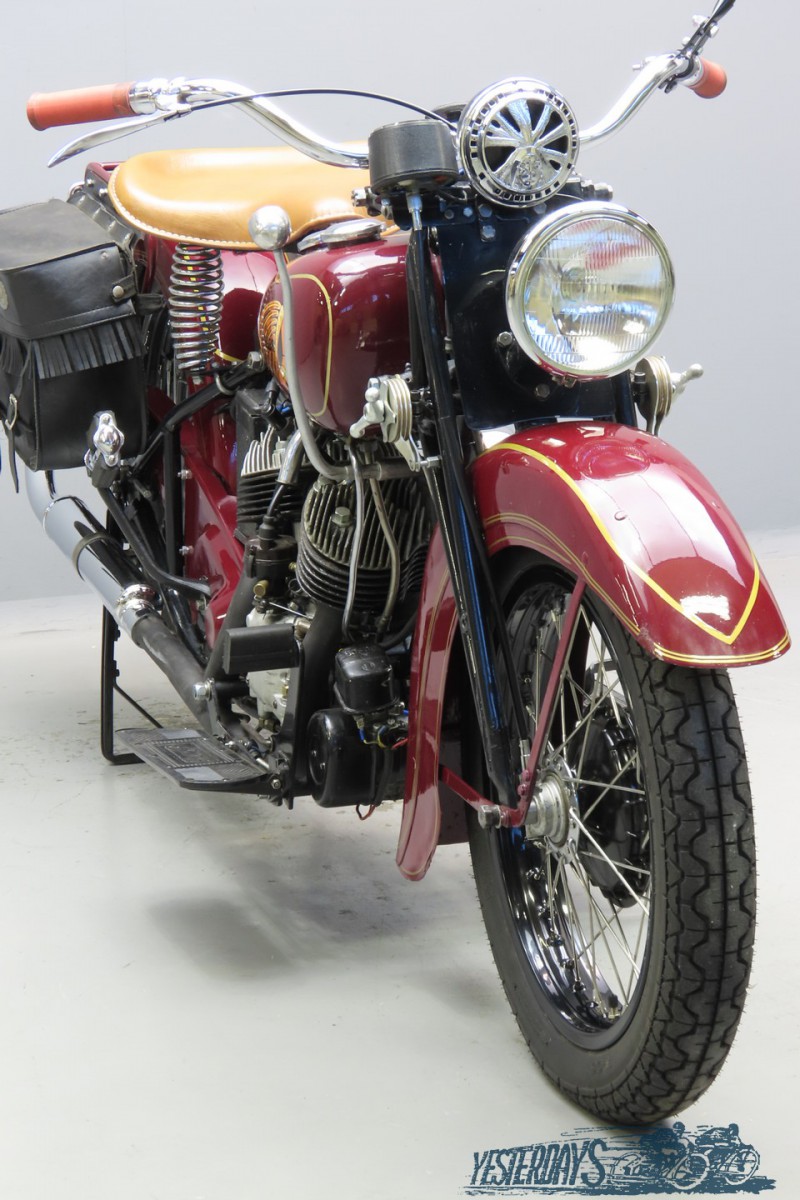 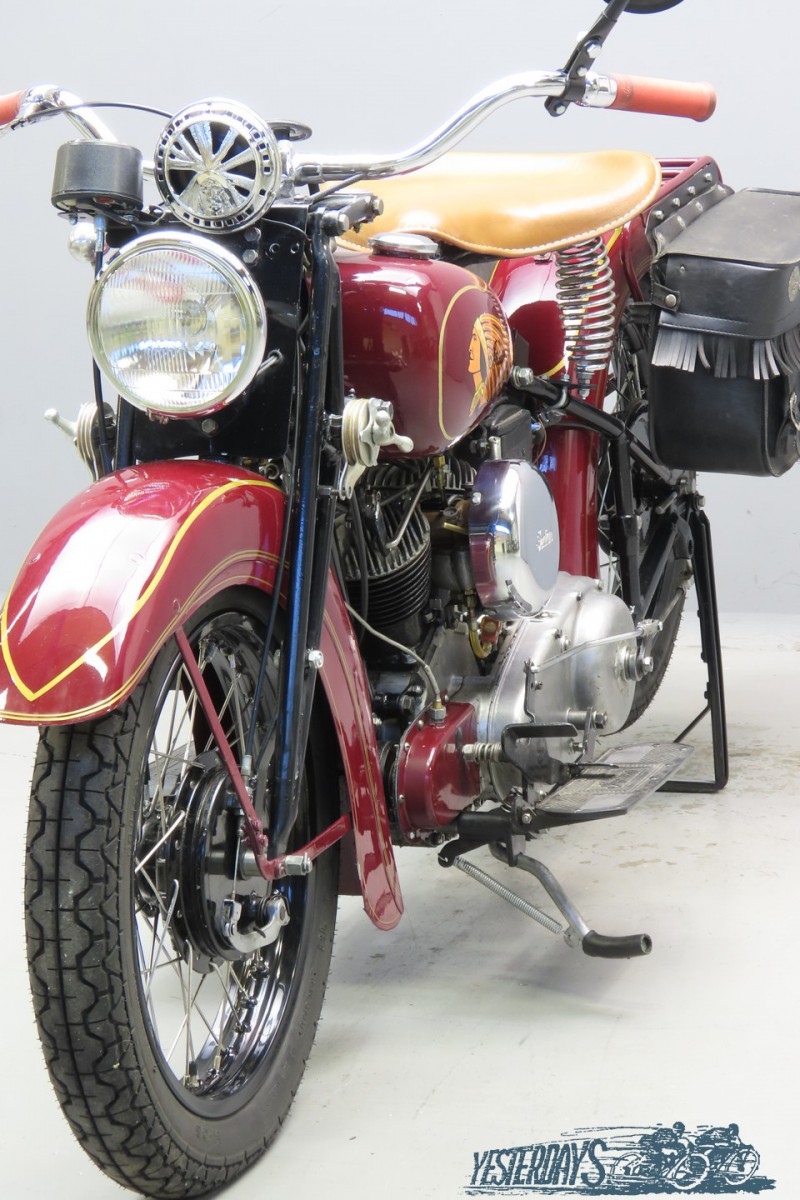 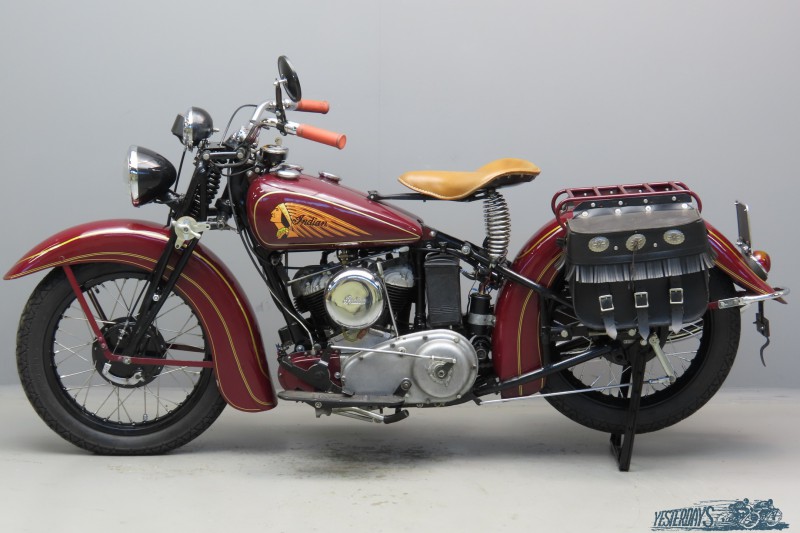 In 1932 two new lightweight twin cylinder models are introduced, the 750cc “Motoplane” and the500cc “Pony Scout” which will later be renamed “Junior Scout”.
The Motoplane is marketed as a light and simple low-cost sports machine that can be entered in various types of competition events by an owner-rider.
The engine is basically the time-tried 101 engine but with the marked improvements of better designed cylinders and dry sump oiling.
The Pony Scout is intended as an economical utility machine.
Both types are basically designed as resurrected Prince models, utilizing many Prince cycle parts as well as the Prince clutch and gearbox.
The Motoplane aims for the more sporty type of Indian rider, who is not satisfied with the heavy Standard Scout that has superseded the much lamented 101 model for 1932.
However, frame and forks of the Motoplane prove to be to light for the lively engine so it is decided to design a much stronger rolling chassis around the 750cc engine.
This new “Sport Scout” is introduced in 1934 and it will become a very successful model for Indian, remaining in production till 1941.
The Sport Scout has a distinctly European look with its diamond frame and girder forks and is a handsome machine with its streamlined mudguards.
This specimen has been restored with a view to making its suitable for long distance touring: improved front brake (1982 Honda XL 500), more sturdy Greer clutch, bored-out 741 cylinders and Bosch dynamo are some of the features to improve the bike’s durability and reliability.
There’s also electronic ignition on board, but the original connections on coil and condenser have been preserved.
This well-engineered and excellently finished Sport Scout with current Dutch registration has shown its reliability in various long distance travels through Europe.
She comes complete with dashboard with amp gauge and switch, rear view mirror and leather pannier bags.