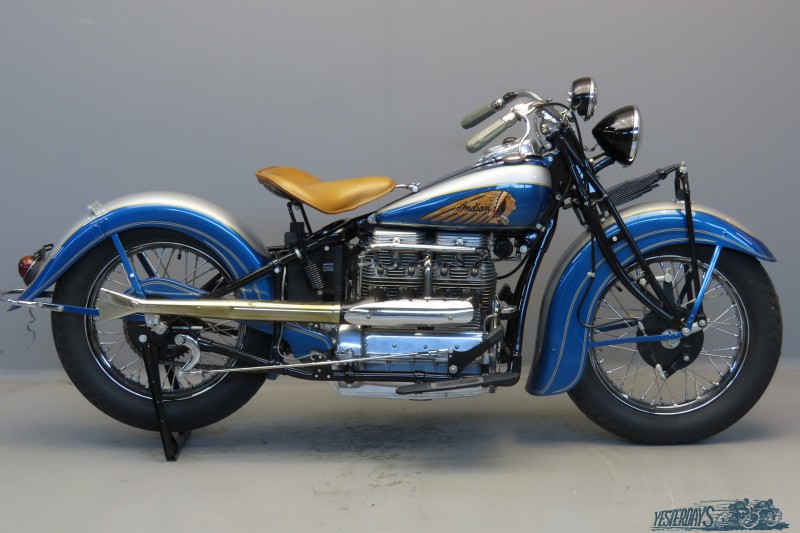 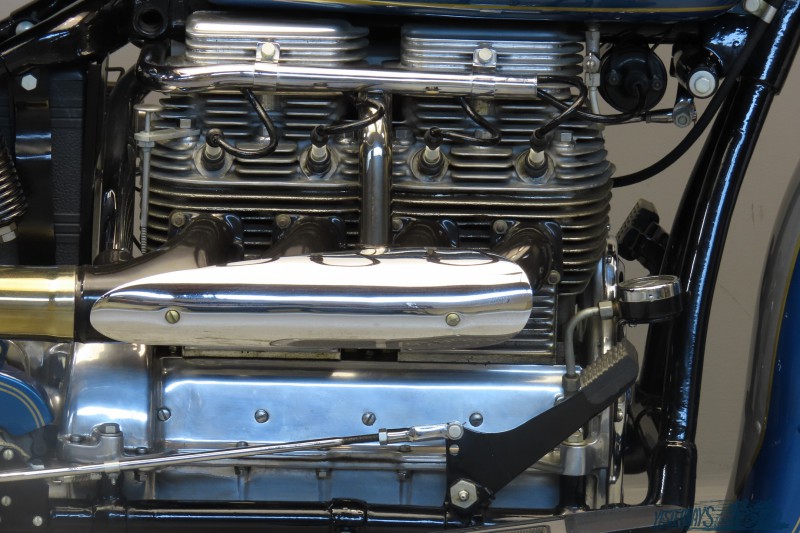 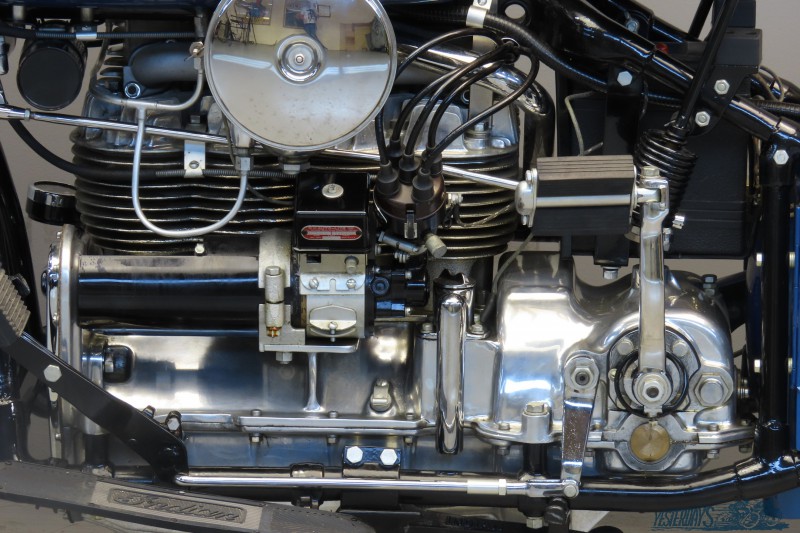 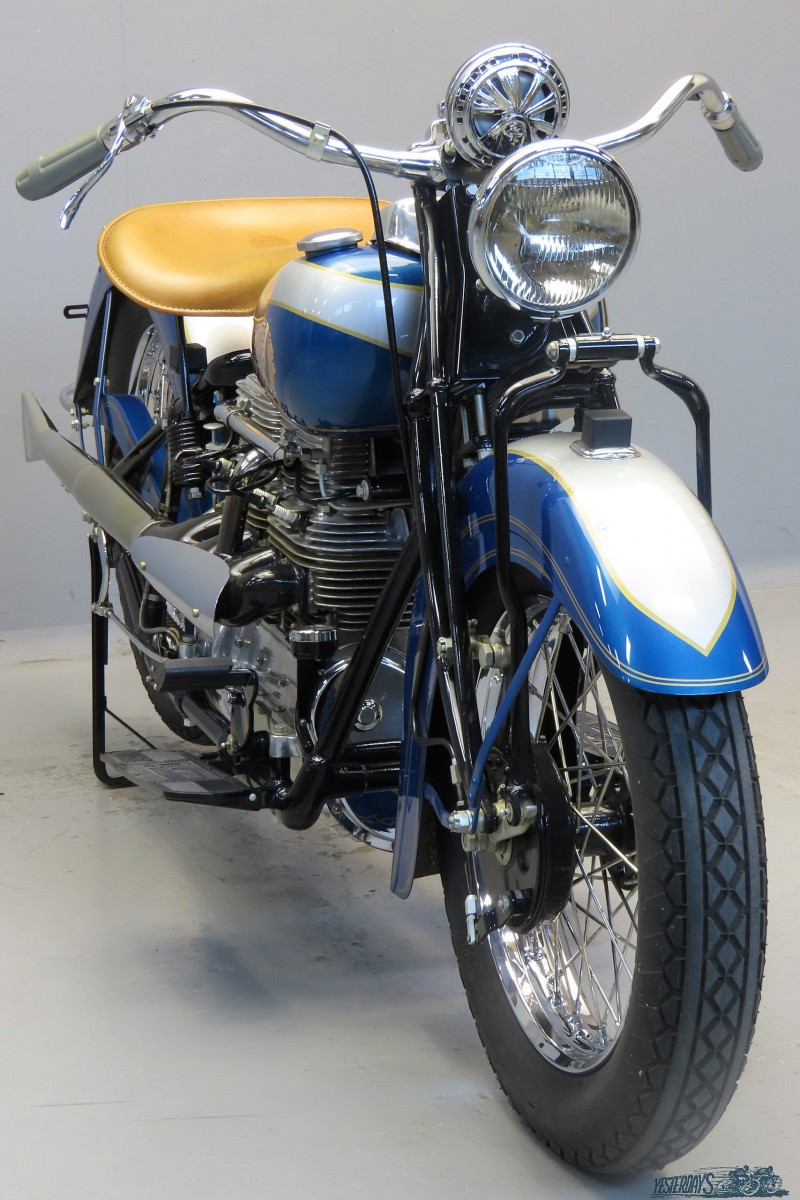 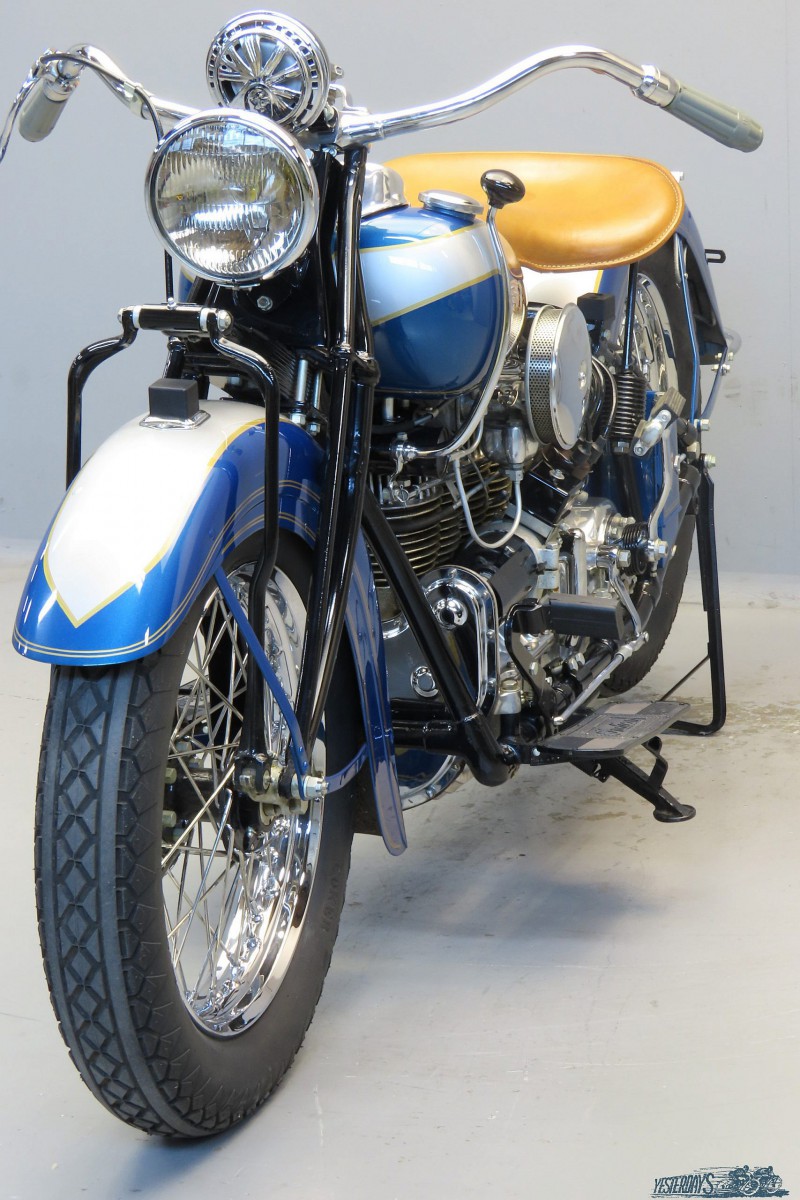 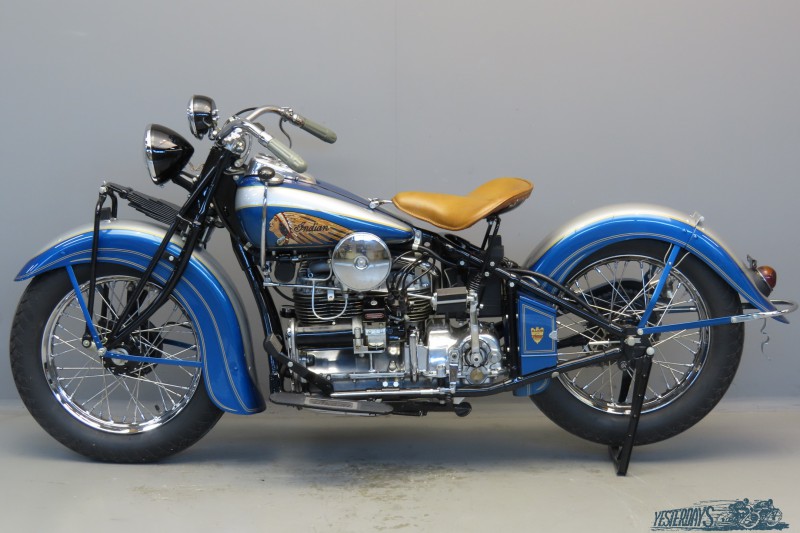 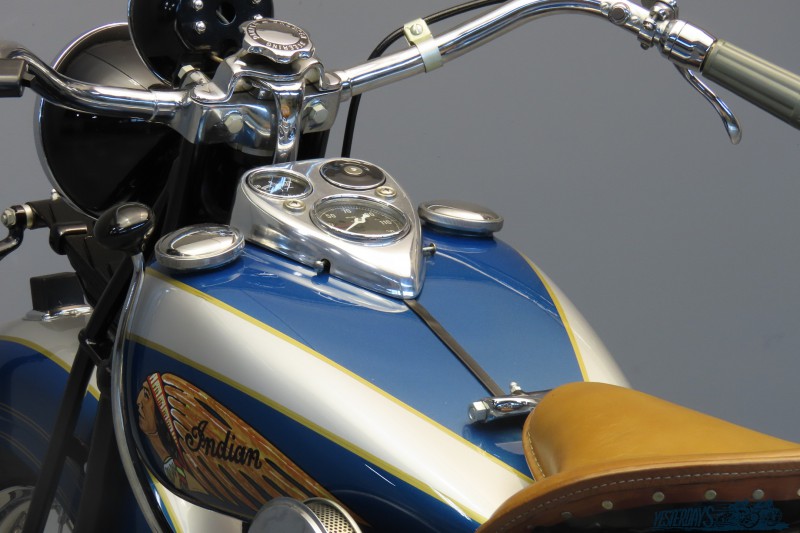 Early in 1927 Indian bought the entire assets of the famous ACE motorcycle corporation. Indian proceeded to manufacture the Indian–ACE until 1928 when the Indian Four took its place. The 1265cc engine had overhead inlet valves and side exhaust valves and delivered in its late twenties form around 30hp. About ten years later this had grown to about 40hp and tuned examples were known to put out some 50hp! But with output also the weight grew: a 1929 4 would weigh about 206kg, a 1939 model tipped the scales at 241kg. For the model year 1938 a new engine was presented. The cylinders were cast in pairs, the heads were made of aluminum instead of cast iron and they had aluminium covers. The cooling fin area was greatly increased and a newly designed inlet manifold gave extra power. The valve mechanism was fully enclosed and automatically lubricated.
This new engine could be run at a consistent speed of 160km/h, yet could be throttled down to walking speed in top gear. The styling of the 1938 models was also highly improved by the fitting of a graceful tank-top instrument panel. This, together with the graceful mudguards and wide range of colour choices made the 1938 Four the most handsome Indian Four model in its 11-year history.
For the 1939 model year the exciting Four emerged once more with several improvements. Celebrating the New York World’s Fair, Indian unveiled its World’s Fair paint scheme and even featured photos of the World’s Fair on their catalog cover. The reason that Indian chose the “World’s Fair” title is that the fair captured the public’s imagination. It was widely publicized in radio programmes, movie newsreels, magazines and newspapers and the fair brought to the American public a new optimism with the first displays of television, nylon, and refrigerated home air conditioning. The company offered seven different stock colors and combinations, including their first metallic color. The full color Indian headdress tank decal was now standard. Equipment improvements included a new circular air cleaner, a chrome rear bumper, a larger leg heat shield, a high output Auto-Lite generator and interchangeable wheels rolling on 4.00×18 inch tires. An optional Edison-Splitdorf RM (rotating magnet) was also offered the magneto model 439-M.
The impressive machine we offer here has been finished in a World’s Fair paint scheme of Metallic Blue and Silver. She is fitted with comfortable 4.50×18 inch tyres and the restoration is of impeccable quality.