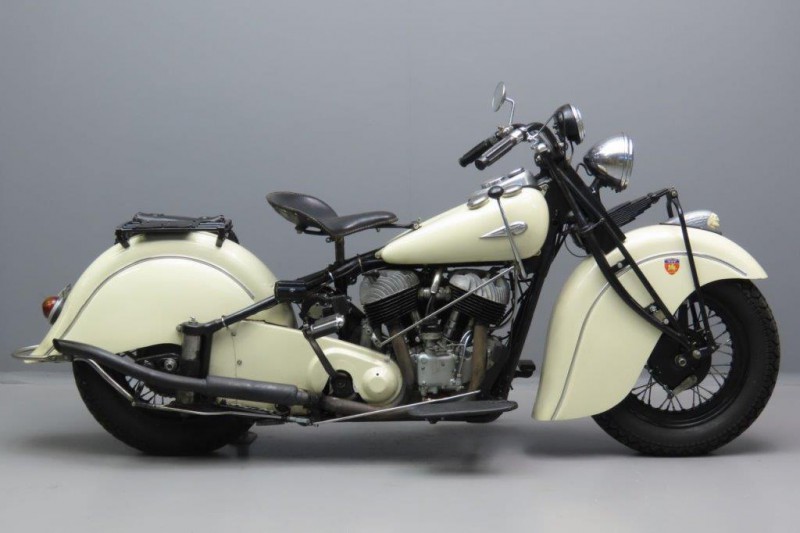 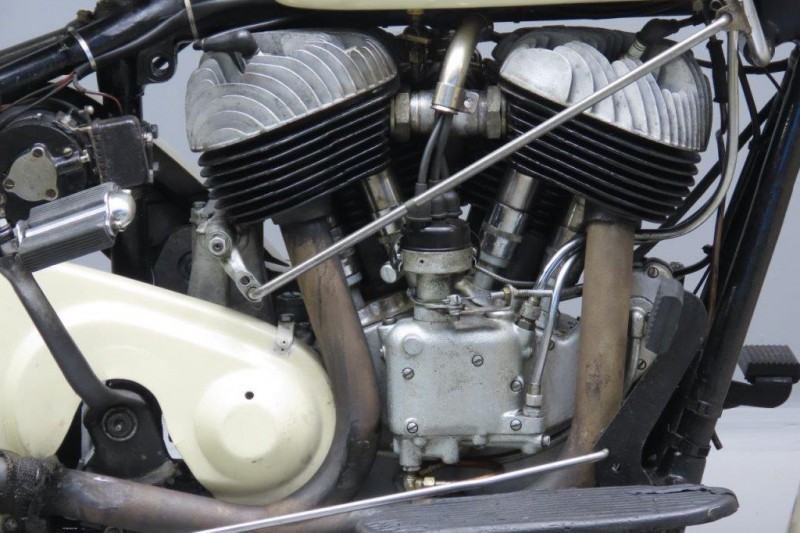 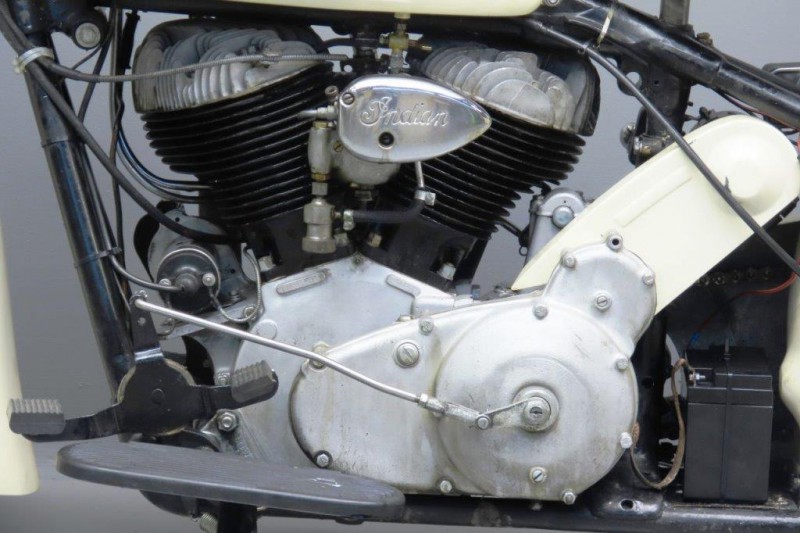 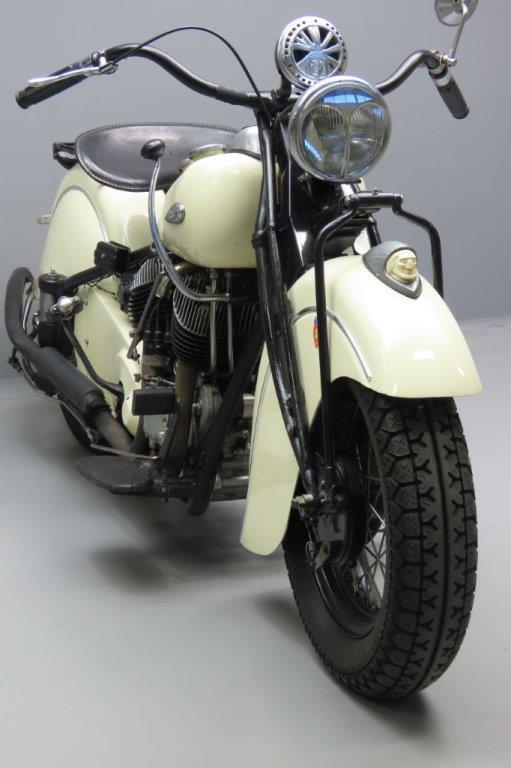 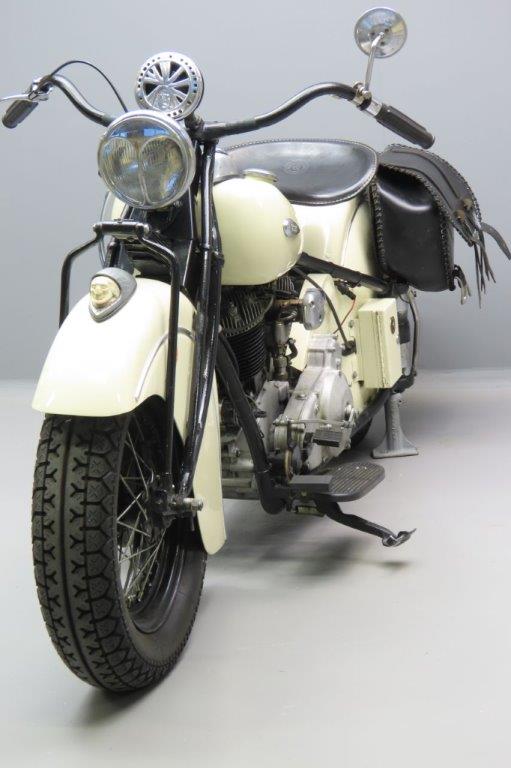 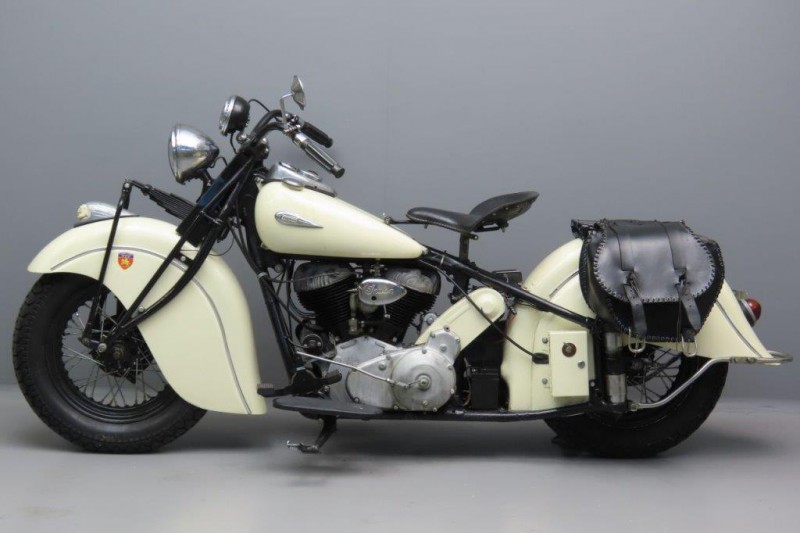 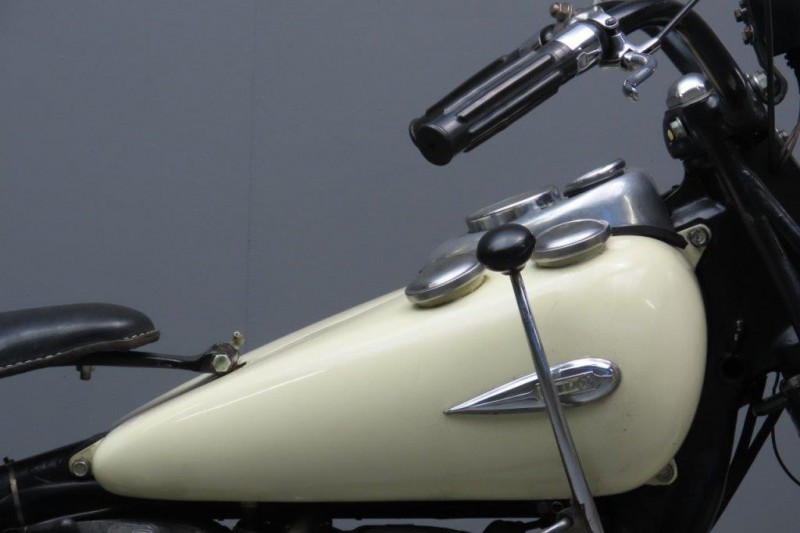 1922 saw the introduction of a wholly new Indian model with a 61cu inch (1000cc) side valve engine designed by Charles Franklin.
The Chief boasted the best aspects of the very popular Scout model – a full-cradle frame, helical gear primary drive, an oil-bath clutch and two-cam engine – to bring Indian completely up to date. The Chief combined excellent handling with a powerful yet nearly unburstable engine.
In 1923 Franklin added a 1200 cc version, primarily intended for sidecar use, although most riders preferred to revel in the power of the new engine by riding solo.
This new “Big Chief” was good for 90mph, which was certainly a flaming arrow lobbed towards Milwaukee.
The Big Chief soon became the most popular Indian model and from 1929 on the 1000 cc version was discontinued and the 1200 was labelled “Chief”.
Year by year small improvements were carried through and through the 1930s the Chief remained the best-selling Indian model.
For model year 1940 the Indian company had thoroughly restyled their range; streamlining was all the vogue and Indian proudly boasted that they were leaders in this respect.
Notable features of the new models were the skirted fenders and the spring frame for the Four and the Chief.
These skirted-fender models are quite popular nowadays but at the time of their introduction not all Indian enthusiasts were positive: the 1940 Chief was about 40 kg heavier than its 1939 predecessor.
Apart from fenders and rear springing there were more novelties: new cushioned saddle, lower saddle position, new tire size, new deep finned high compression aluminium heads and cylinders and new chrome air cleaner.
Another, albeit short-lived modification was the fitting of a Purolator oil filter between the two front down tubes.
The filter could easily be installed backwards, which caused an accumulation of debris around the sump screen and in the oil pump.
But even when installed properly condensation in freezing weather could clog the filter completely. Consequently, the filter was eliminated during the 1940 season by a running change.
Excellent Indian Chief information is found in Jerry Hatfield’s book “Indian Chief Motorcycles 1922-1953”.
The mighty Chief we offer here is an older restoration and a good runner.