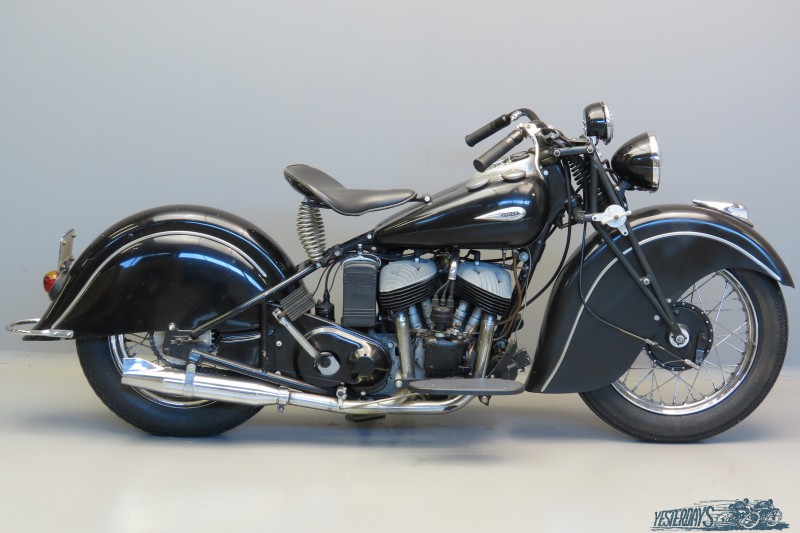 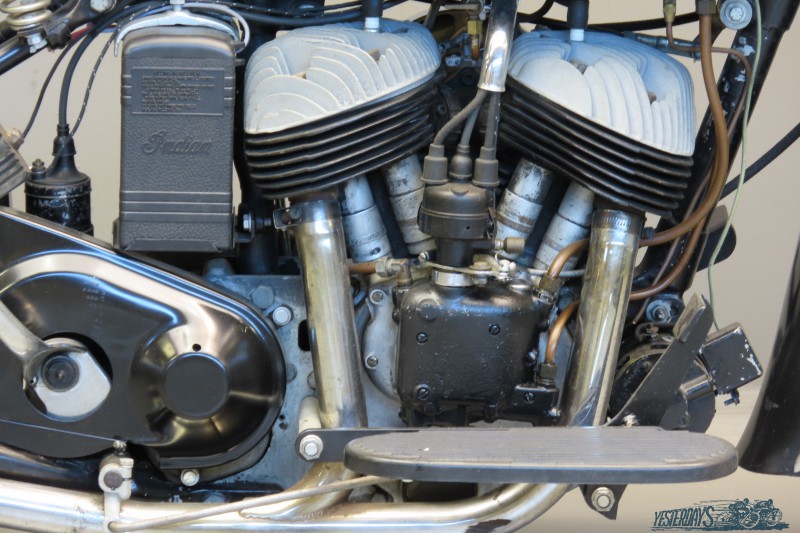 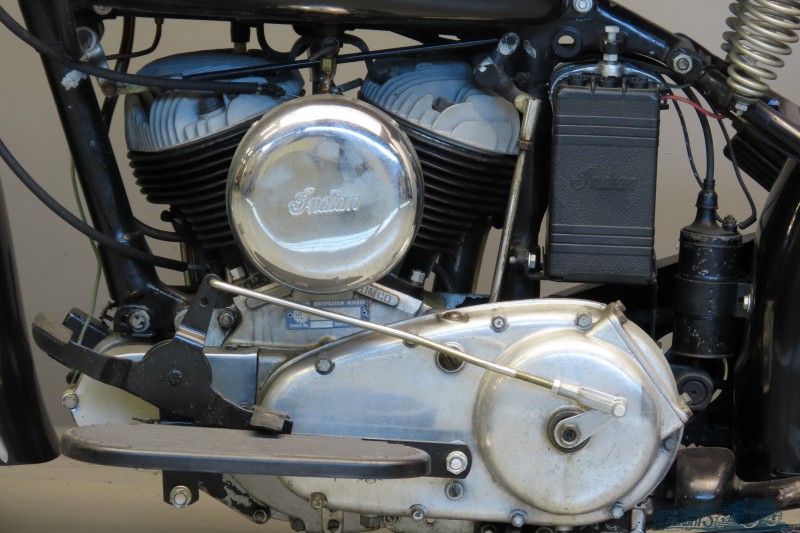 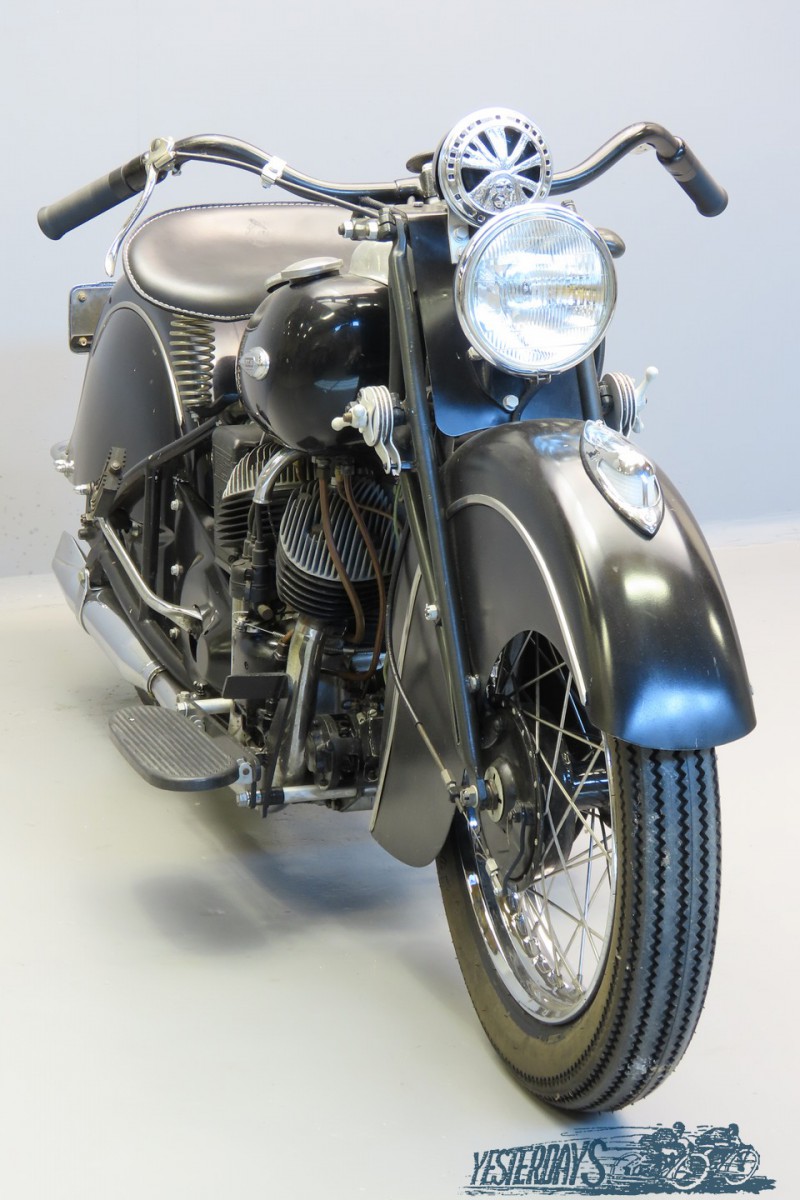 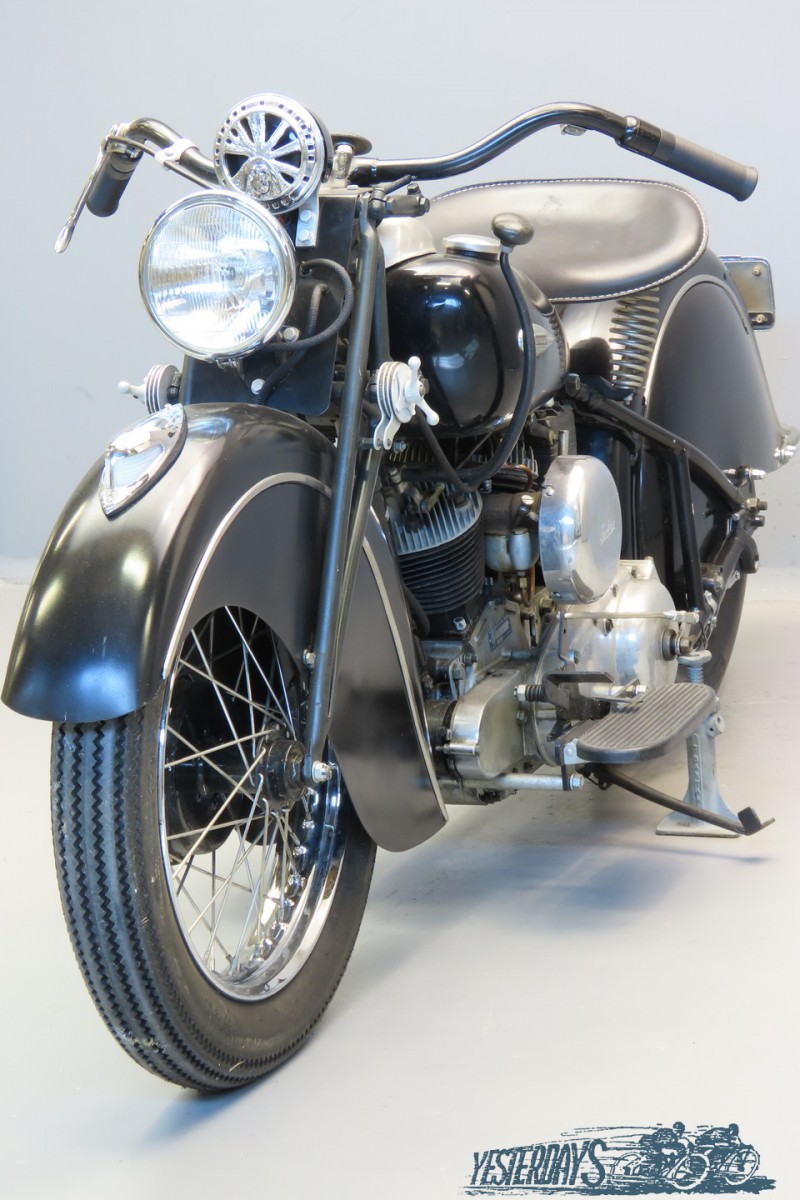 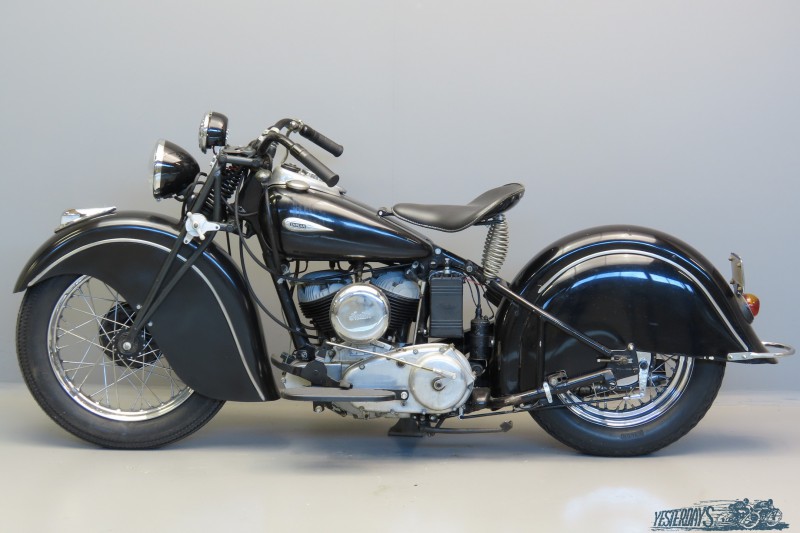 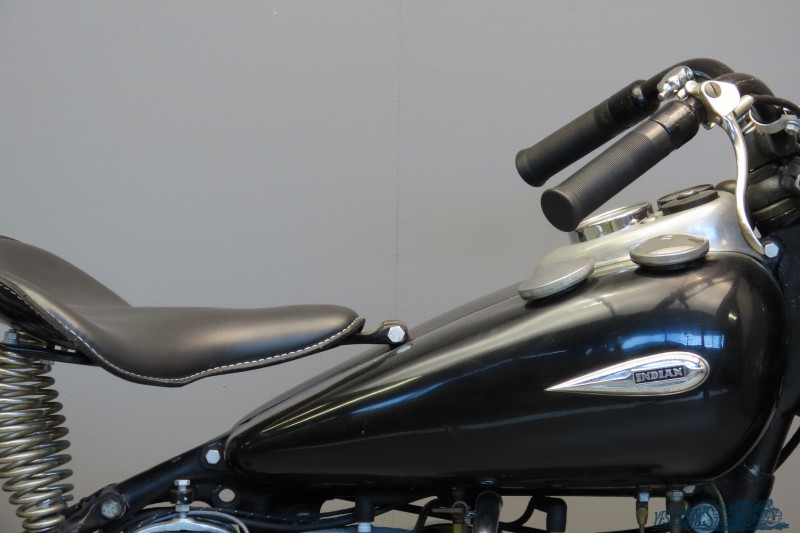 The new “Sport Scout” was introduced in 1934 and it would become a very successful model for Indian, remaining in production till 1941.
The Sport Scout series had many improvements over earlier Scouts to maximize power output and reduce manufacturing costs.
A significant difference was the change back to chain primary drives, eliminating the costly helical gears introduced in 1920, however the chain drives were retained in the same oil-tight cast aluminum cases.
In 1940, the whole Indian line was restyled under the pen of Briggs Weaver, who added deeply skirted fenders to the Scout, Chief and 4-cylinder models, giving them an indelible visual signature. The Spring Cradle frame would have to wait one more year for the Sport Scout, so 1940 was the only year the Sport Scout featured a combination of rigid frame with streamlined skirted fender.
Unlike the Chief, the Sport Scout used a Keystone frame where the engine and transmission were bolted together, and the entire motor assembly was secured to mounting plates to the frame rather than supported in a cradle like the Chief and earlier Scouts.
The rear section of the frame also bolted to the front section instead of being manufactured as a single frame.
While the assembly created more time and expense at the factory, it provided more ground clearance than earlier Scouts and may have been a wink at the important American dirt track races. With the introduction of the full skirted fenders, the rear stand that clipped to the fender became obsolete and a new center stand bolted to the bottom of the frame.
A side stand remained where the rider simply used his or her foot to extend the support stand.
A new tool box was mounted alongside the battery.
For 1940, the engine had larger finning on the cylinders and heads, and used a one-piece exhaust system.
This rare 1940 Sport Scout is an older restoration in good condition.