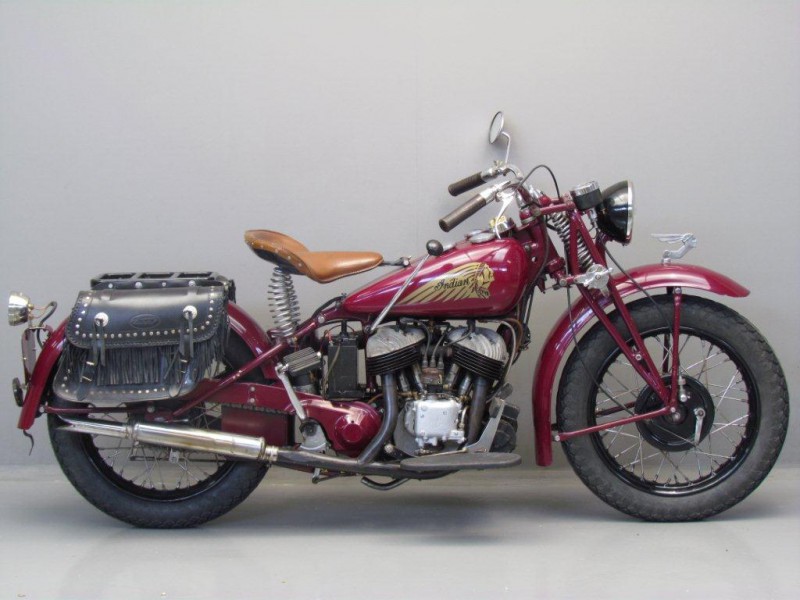 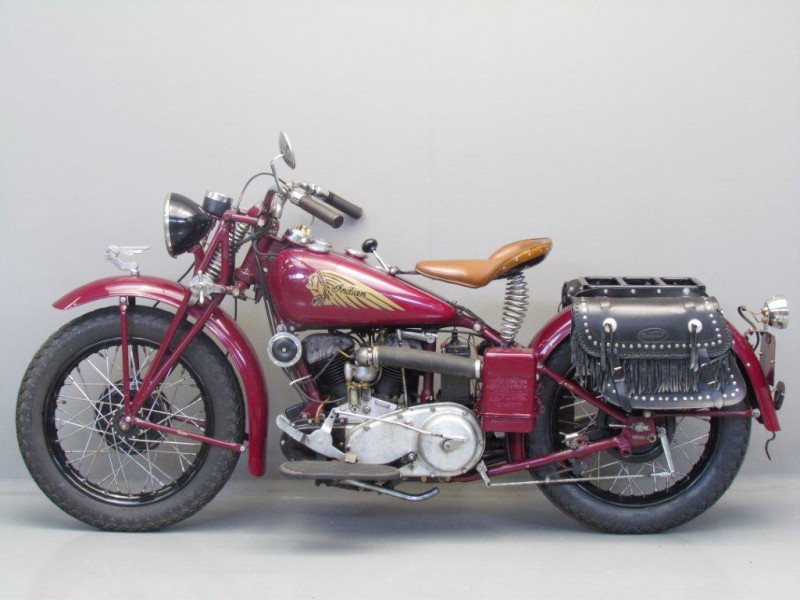 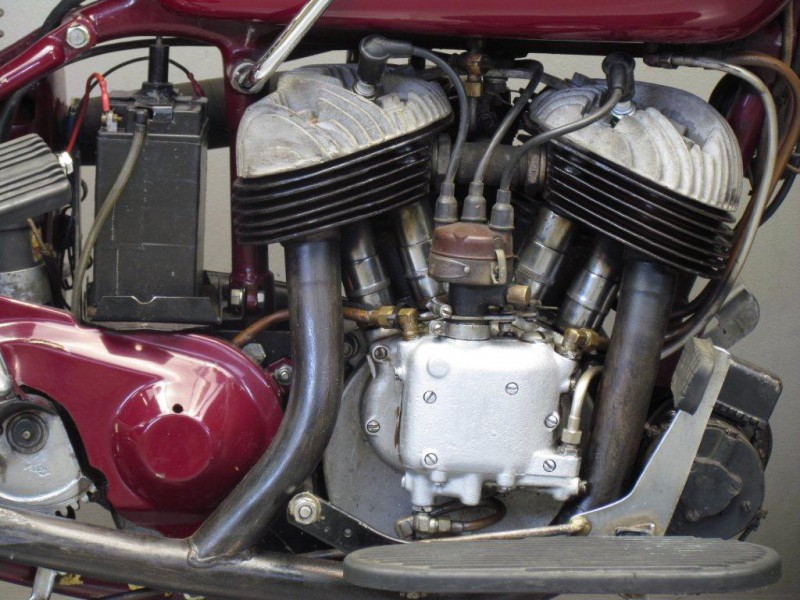 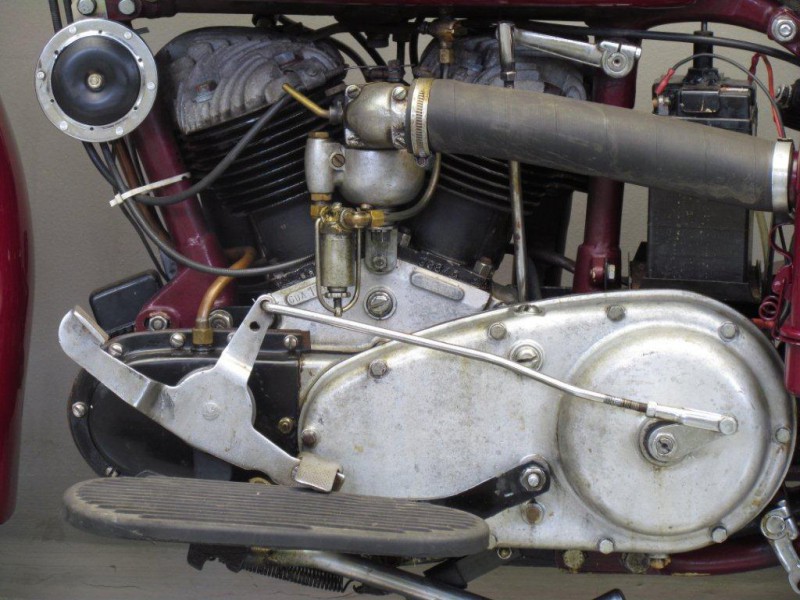 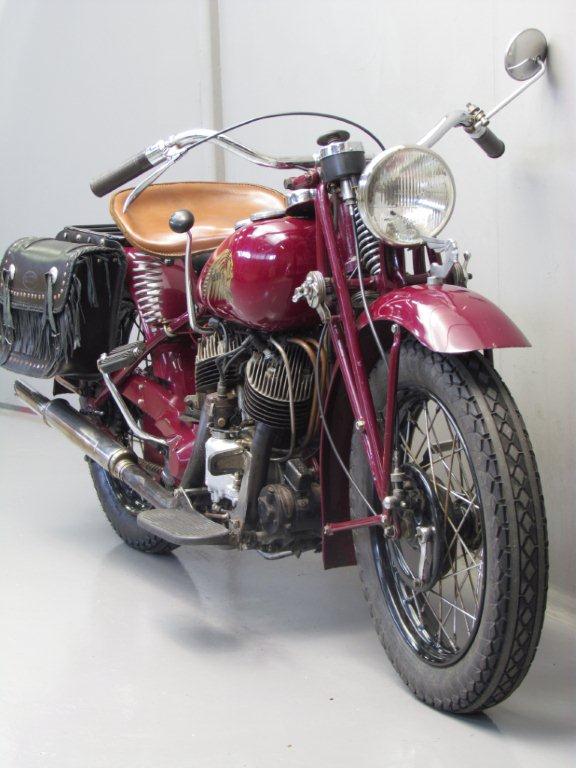 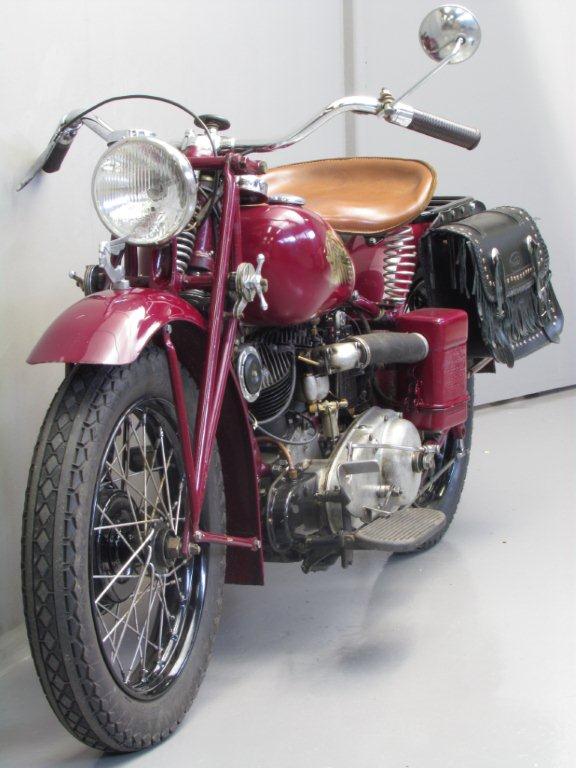 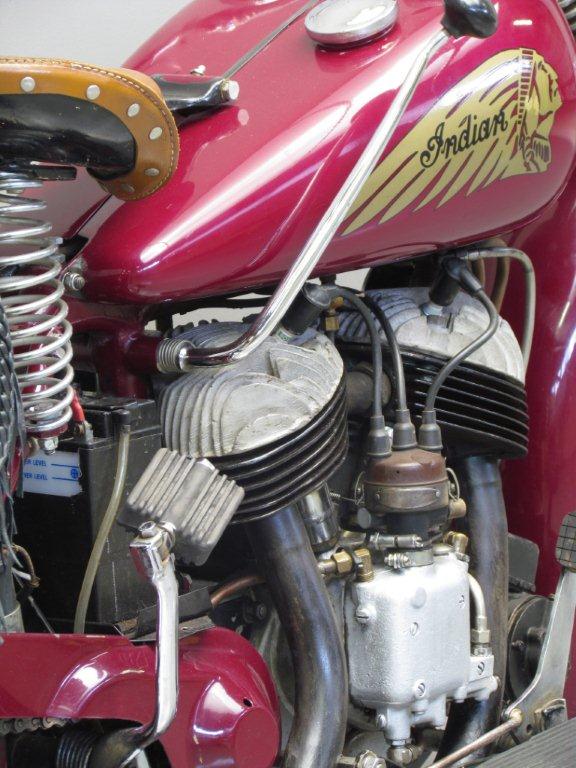 This model of the famous Indian make was designed in 1939 to be used in the US army and the armies of its allies.
The configuration is much like that of its bigger brother the 750 cc Military Scout ( model 640 B), but the 500 is built lighter as regards to both frame and engine.
There are also many differences in detail.
The production ran for about 6 years till 1944. In that period no significant changes were made in the 741’s specification; about 35,000 machines were made.
Engine performance is about 15  HP at  4,800 rpm.
Ignition is by battery and coil, ( the B in the model designation points to battery /coil ignition) weight is 450 lb, top speed 65 mph. Transmission 3 speed hand shift, tyres 3.50 x 18.
In the  December 2001 issue of the magazine of the Dutch Veteran Motorcycle  Club you can find an   excellent article (in Dutch ! ) by Lex van Essen on this interesting  model. (info@vmcmotor.com)

This 741 is a well sorted older restoration and a perfect runner.
The former Dutch owner shipped the machine to the U.S. in 2008  to ride “Route66”  on it.
After that he toured a number of states, covering in all some 4500 problem free kilometres.