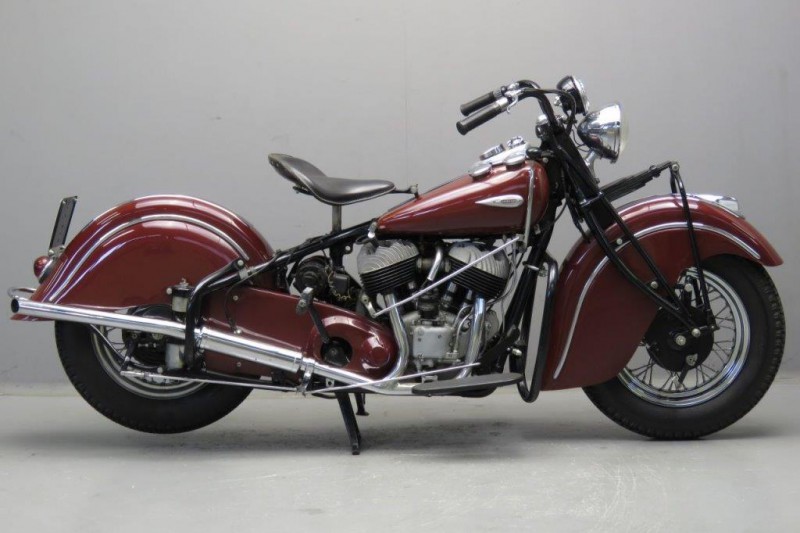 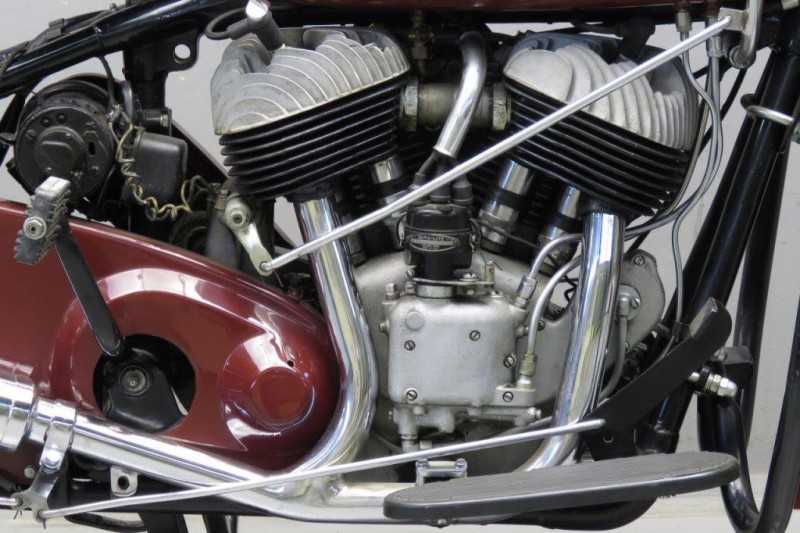 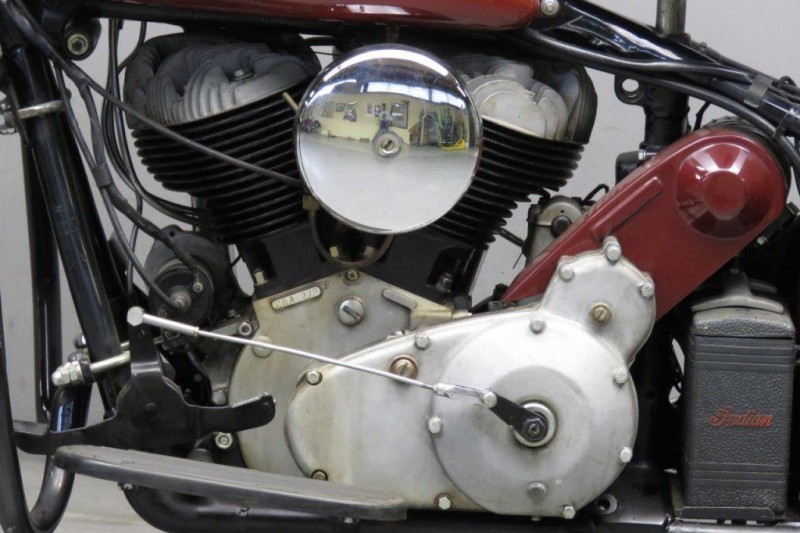 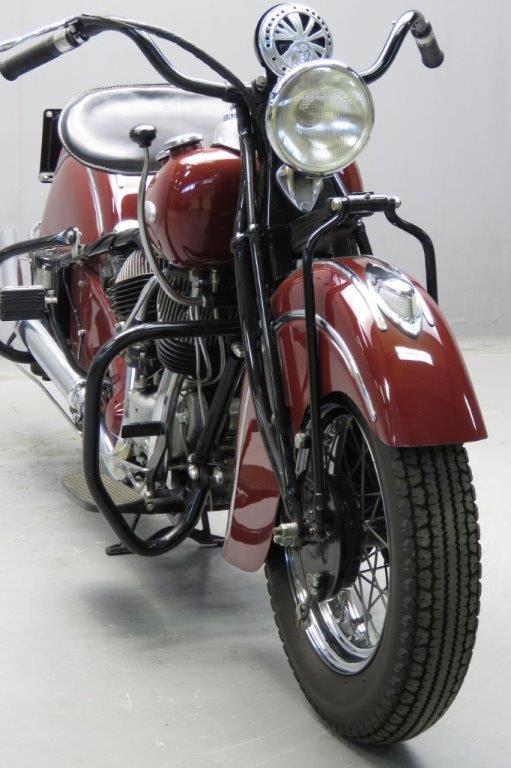 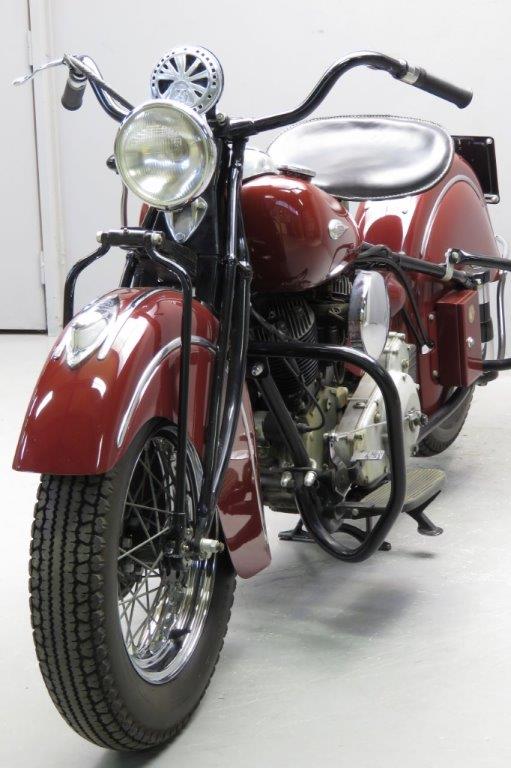 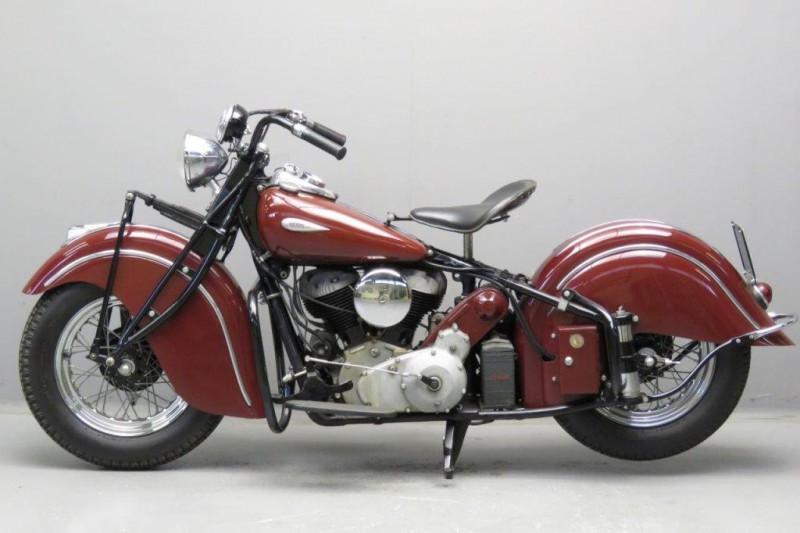 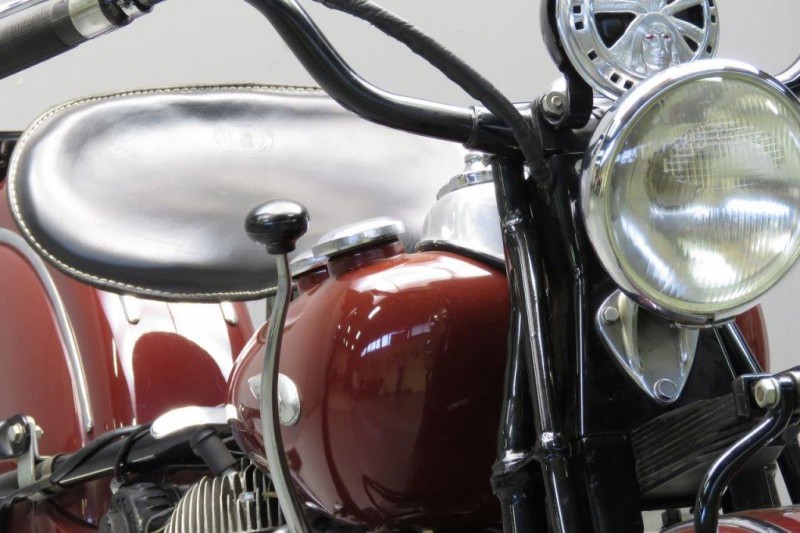 Indian's first twin appeared in 1907, its rear cylinder continuing to form part of the frame until 1909 when Indian adopted a loop frame of the type favoured by rivals Harley-Davidson.
In 1911 Indian broke new ground yet again with their OHV four-valves-per-cylinder racers and then in 1916 a new 61ci (1,000cc) sidevalve v-twin – the Powerplus – was introduced to replace the F-head type.
A smaller model, the 600cc Scout, joined the Powerplus in 1920, and then in the autumn of 1921 the range was extended to encompass a new, Scout-based 1,000cc model – the Chief – the first of an immensely successful line that would endure until 1953.

The Scout had been a big success, so Indian was keen to emphasise the new Chief's close relationship with its smaller predecessor.
The Chief retained the Scout's helical gear primary drive and integral gearbox but in most other respects the engine followed the lines of that used in the Powerplus model, which was now renamed 'Standard'.
Other Standard components used included the wheels, brakes, foot boards, saddles and sprung front fork, though the Chief frame reverted to a rigid back end. Indian's powerful new Big Twin had a top speed in excess of 90mph in solo form and was deservedly popular as a sidecar 'tug', maximum speed with a chair attached being a highly respectable 70mph.
When a 74ci (1,200cc) 'Big Chief' variant was added to the range in 1923, it quickly became a top seller.
Constantly developed, the Chief had gained a new frame and forks, dry-sump lubrication and coil ignition by 1940, that year's models being notable as the first to feature plunger rear suspension and the deeply skirted fenders of the quintessential Chief.

This  beautifully restored “leaf spring front-end and skirted fenders” Indian Chief is a good runner and is ready for the open road.