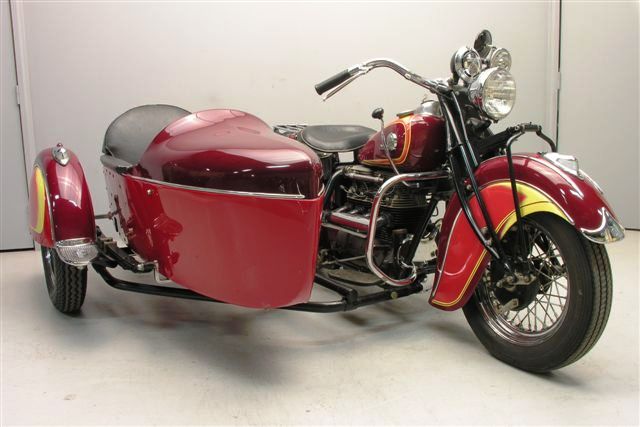 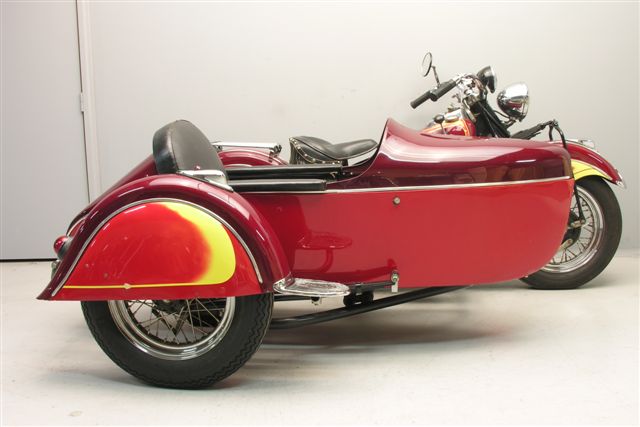 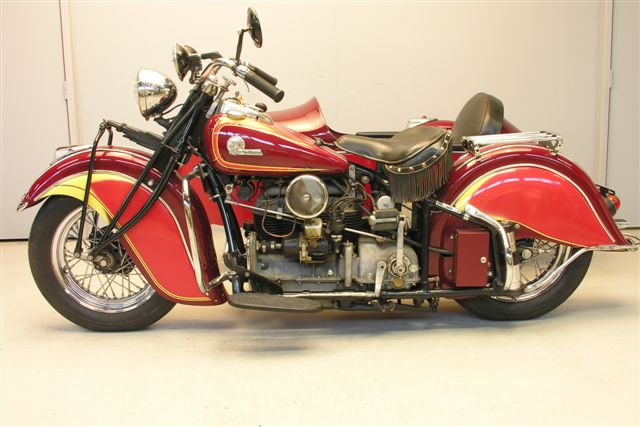 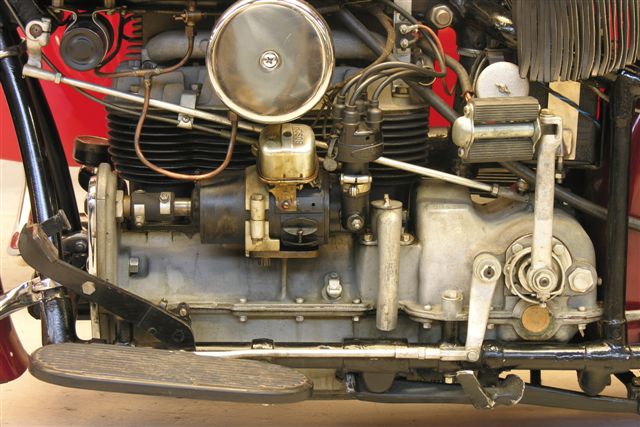 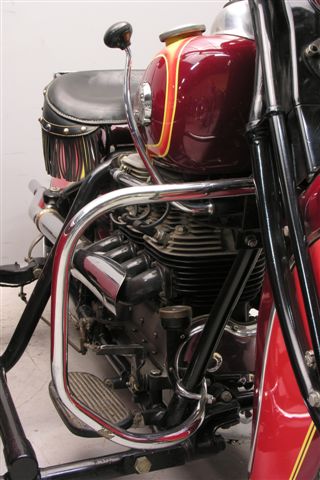 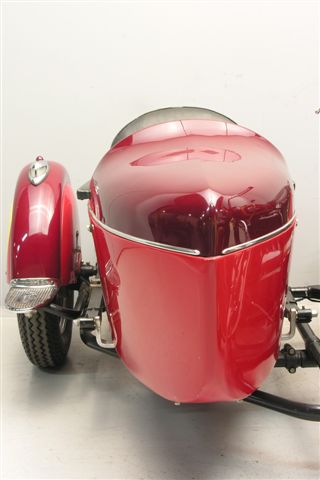 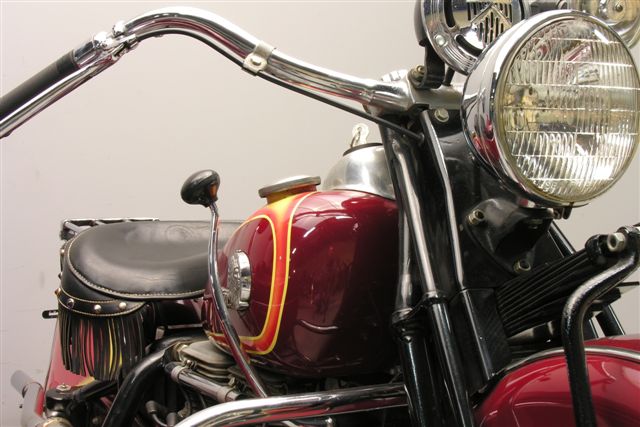 Early in 1927 Indian bought the entire assets of the famous ACE motorcycle corporation.
Indian proceeded to manufacture the Indian –ACE until 1928 when the Indian Four took its place.
The 1265 cc engine has overhead inlet valves and side exhaust valves and delivered in the late twenties form about 30 HP.
About ten years later this had grown to about 40 HP and tuned examples were known to put out some 50 HP! But with output also the weight grew: a 1929  4 would weigh about 455 lb, a 1941 model  weighs 568 lb.
For the model year 1940  plunger rear springing and mudguard valances were first introduced.
The DDA series was introduced in September 1940 and the 1941 model was produced up to march, 1942.
According to information from the Indian Motocycle Club of America  this particular combination was produced around May 1, 1941 and was first licensed around July 1, 1941.
The Indian Four with factory sidecar was a very exclusive possession: its price of  $  635,- was only  $ 100 less than that of a Chevrolet car .
A number of years ago this magnificent combination has been restored by specialist Ken Young.