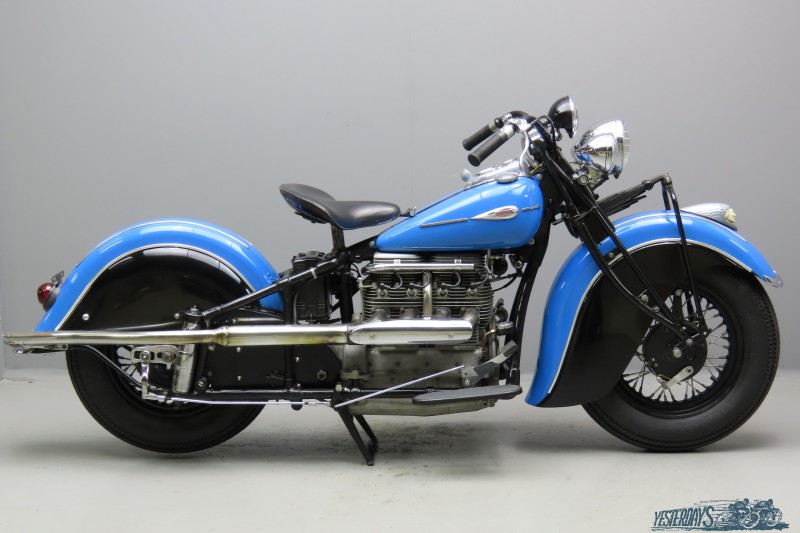 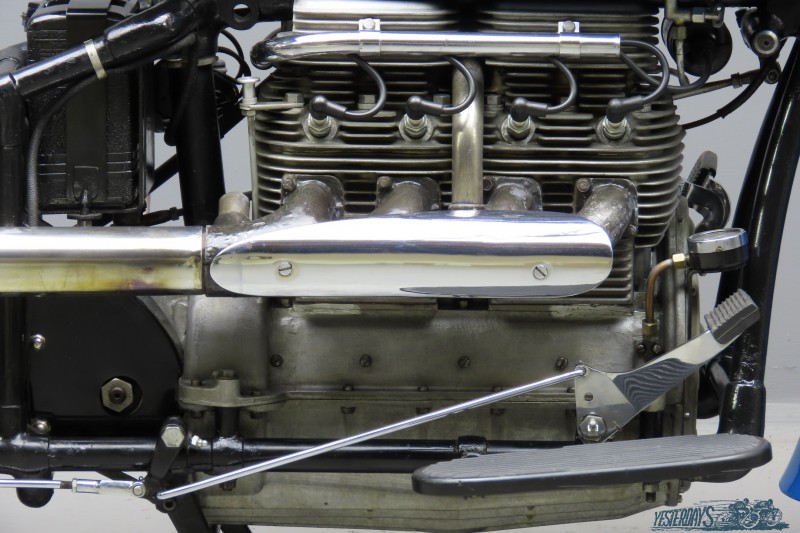 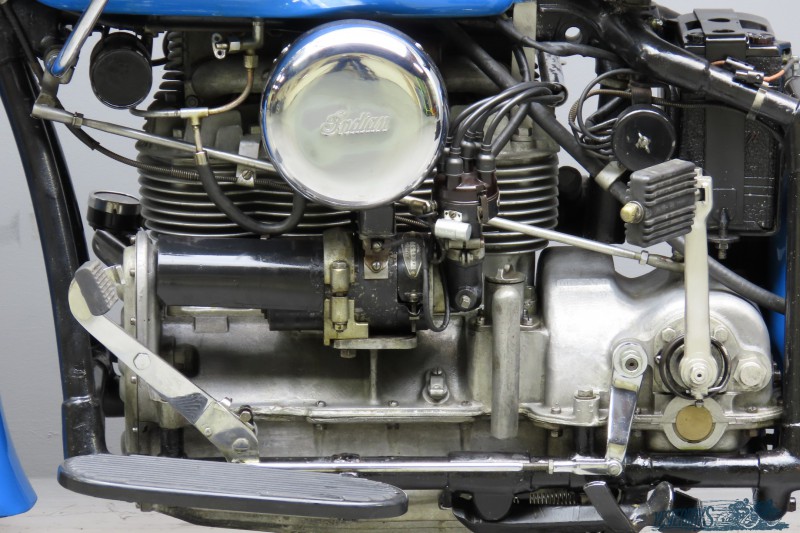 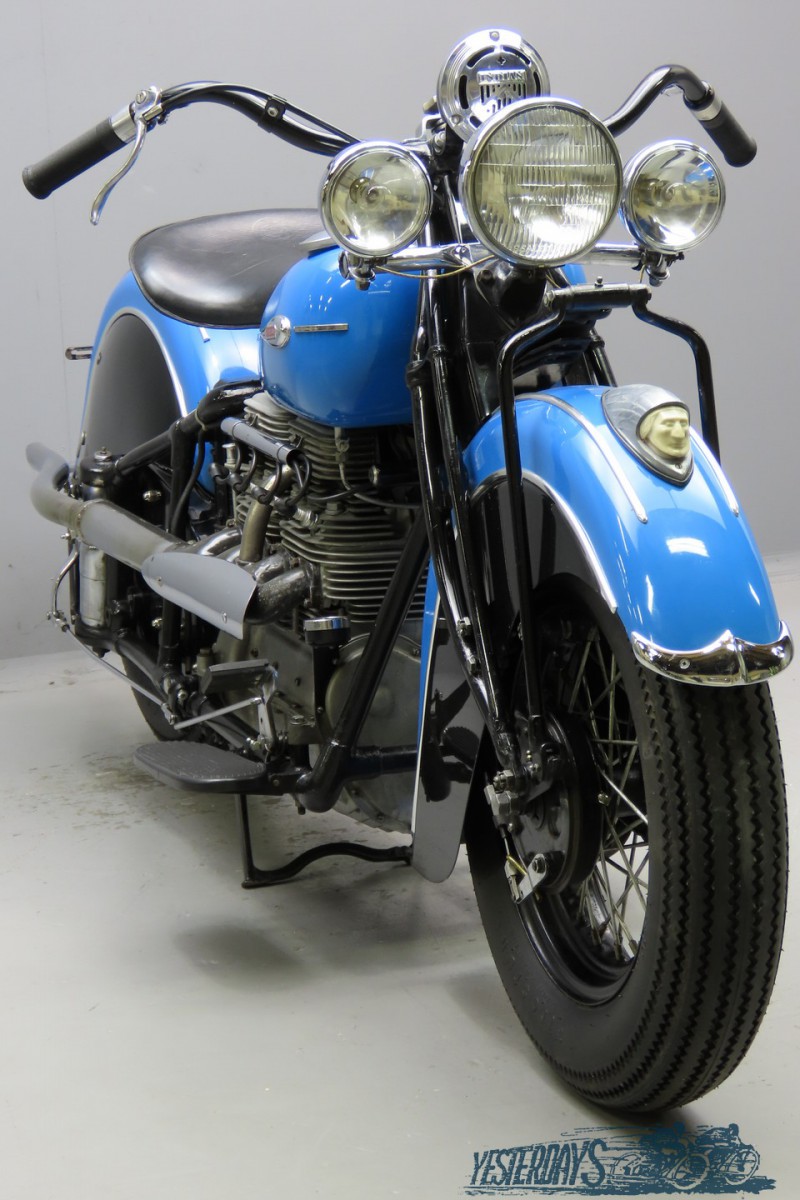 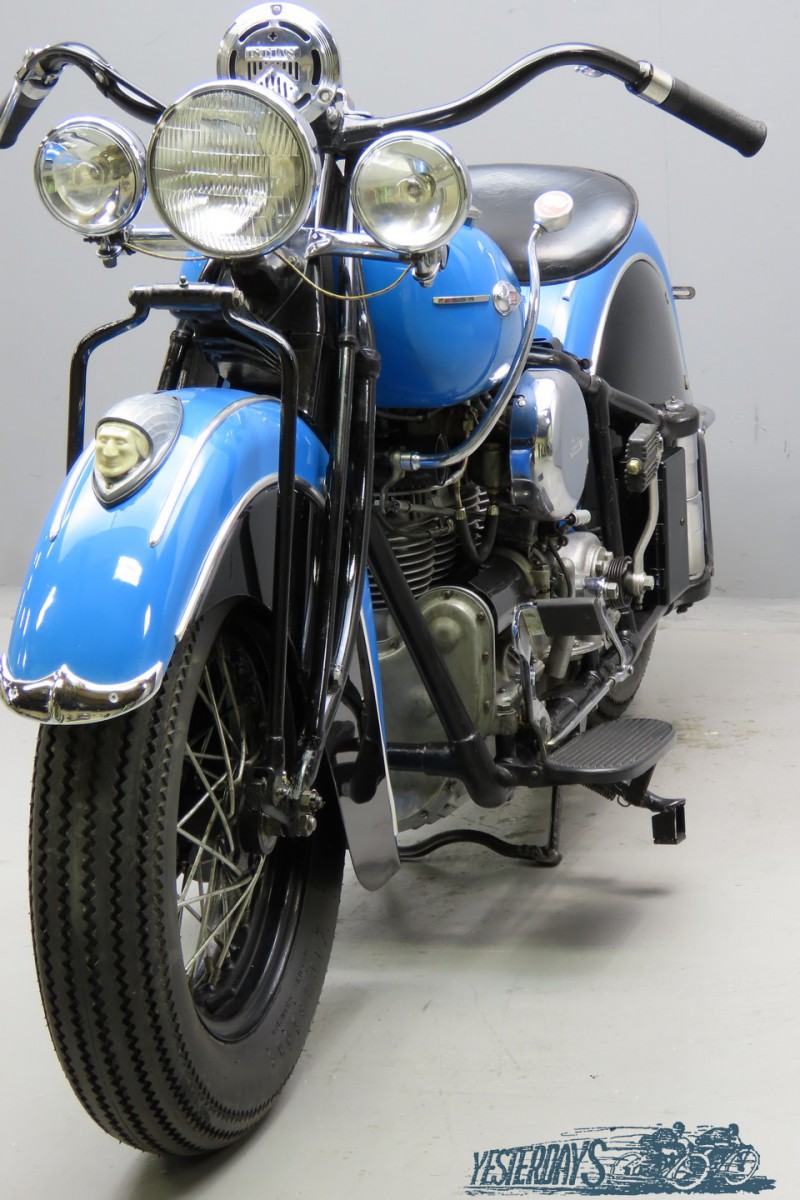 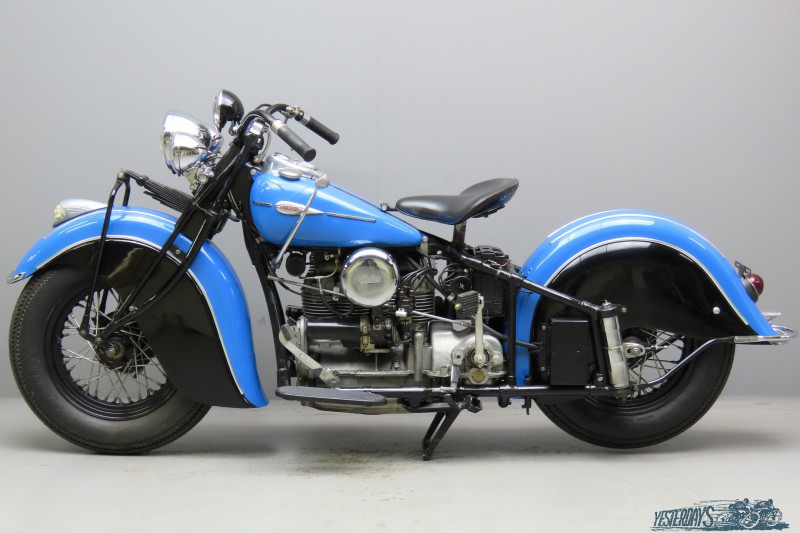 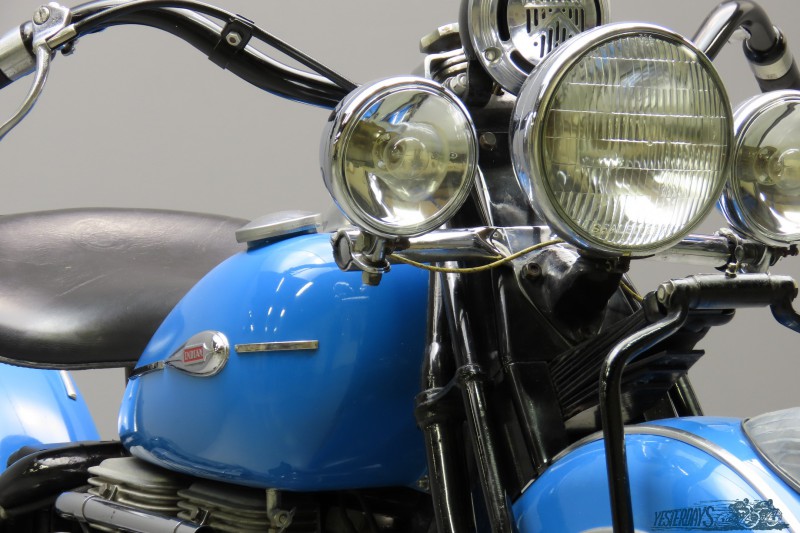 Early in 1927 Indian bought the entire assets of the famous ACE motorcycle corporation.
Indian proceeded to manufacture the Indian–ACE until 1928 when the Indian Four took its place.
The 1265 cc engine had overhead inlet valves and side exhaust valves and delivered in its late twenties form around 30hp. About ten years later this had grown to about 40hp and tuned examples were known to put out some 5hp! But with output also the weight grew: a 1929 4 would weigh about 455lb ( 206kg), a 1941 model weighs 568 lb (257kg) .
For model year 1938 a new engine was presented.
The cylinders were cast in pairs, the cylinder heads were made of aluminum instead of cast iron and they were removable.
The cooling fin area was greatly increased and a newly designed inlet manifold gave extra power.
The valve mechanism was fully enclosed and automatically lubricated. This new engine could be run at a consistent speed of 100mph, yet could be throttled down to walking speed in top gear.
The styling of the 1938 models was also highly improved by the fitting of a tank-top instrument panel. This, together with the graceful mudguards and wide range of colour choices made the 1938 Four the most handsome Indian Four model in its 11 year history. “The ultimate genre of Indian Fours arrived for the 1940 season, with changes from wheel to wheel.
Most striking of all the changes were the new skirted fenders with aluminium trim. Atop the front fender was a streamlined parking light, and new tanks included metal teardrop emblems. Swooping skirted fenders and the imposing inline four-cylinder engine blended into a masterpiece of visual refinement.
Here was a motorcycle that could thrill simply by its stunning good looks.” (from: Indian Four Motorcycles, Jerry Hatfield and Jeff Hackett).
For Model year 1941 two-colour finishes were available in five combinations.
Other changes included decorative strips on the tanks, a 110-mile-per-hour speedometer instead of the former 130-mile-per-hour unit, a new headlight and horn and a new clutch assembly. Production of the famous four stopped in 1942.
The machine we present here has been restored with care and is a fine runner.