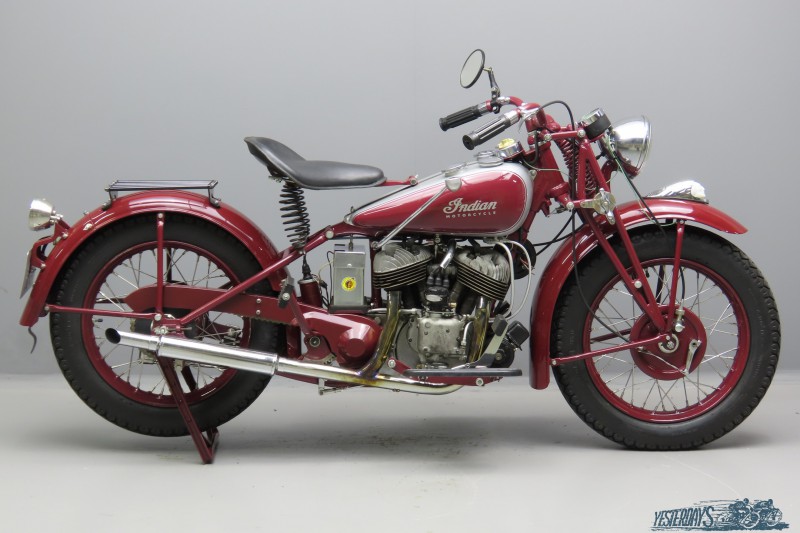 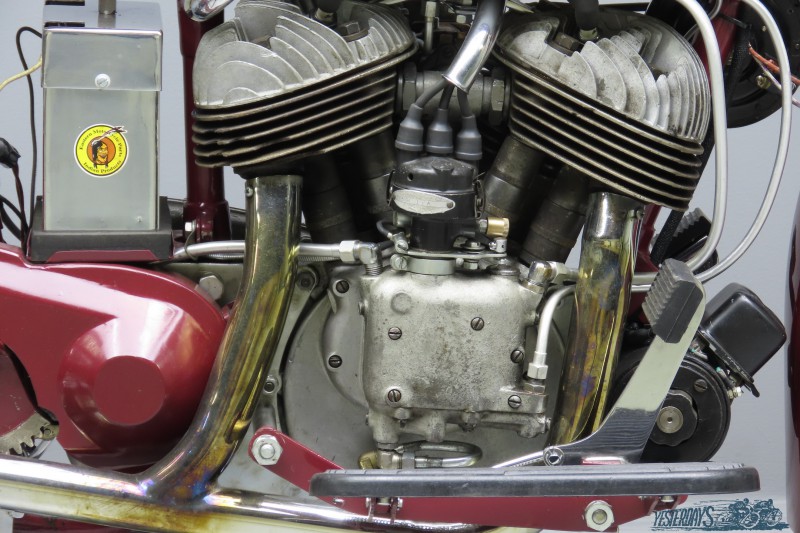 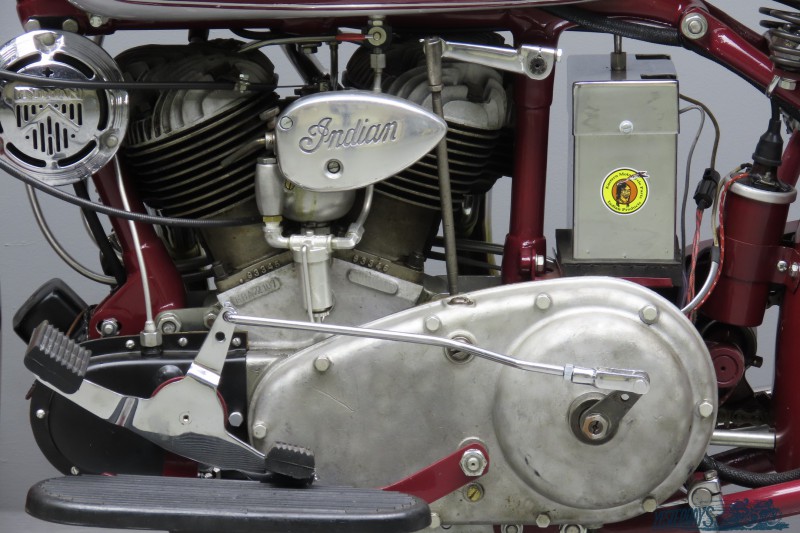 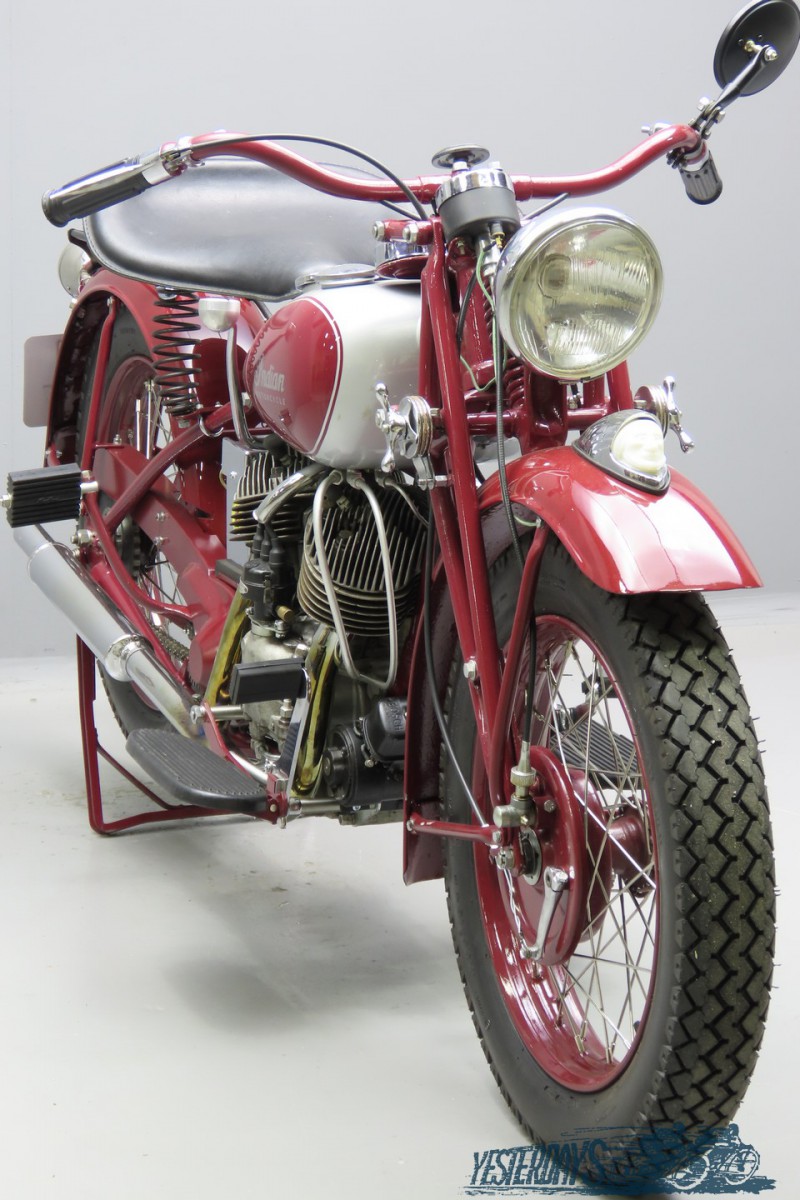 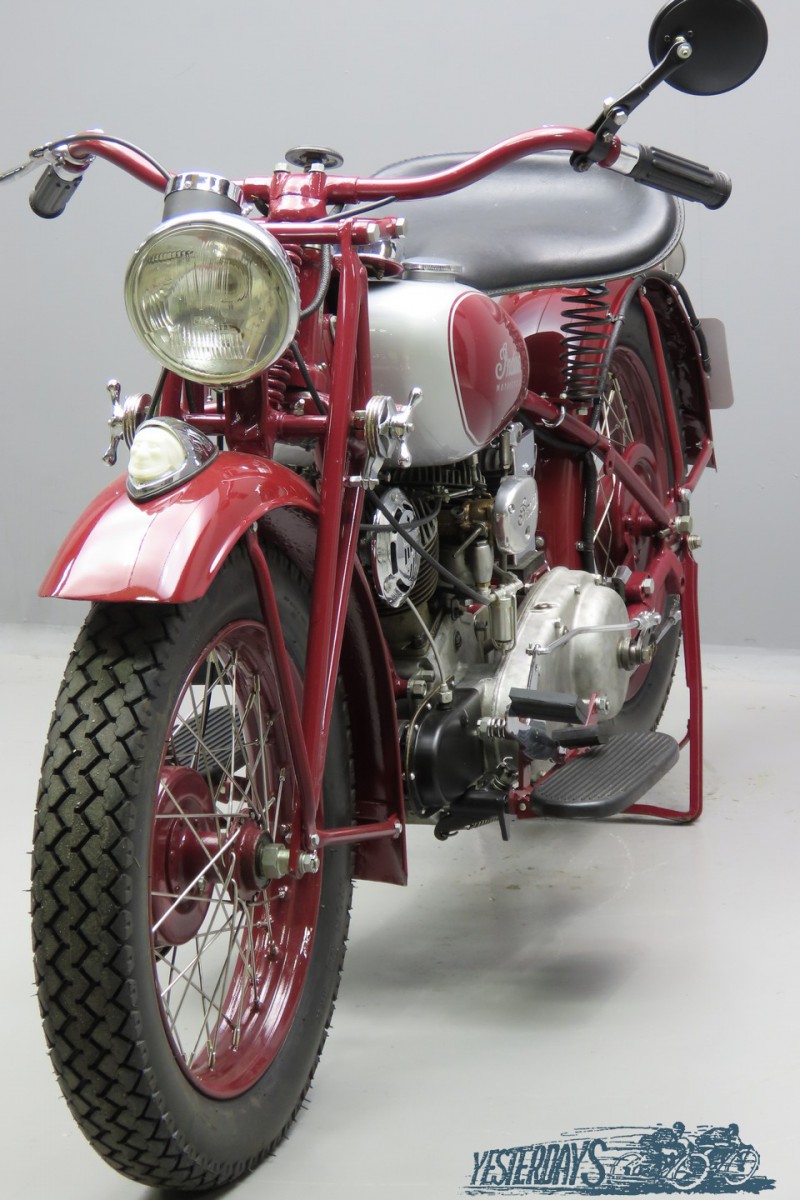 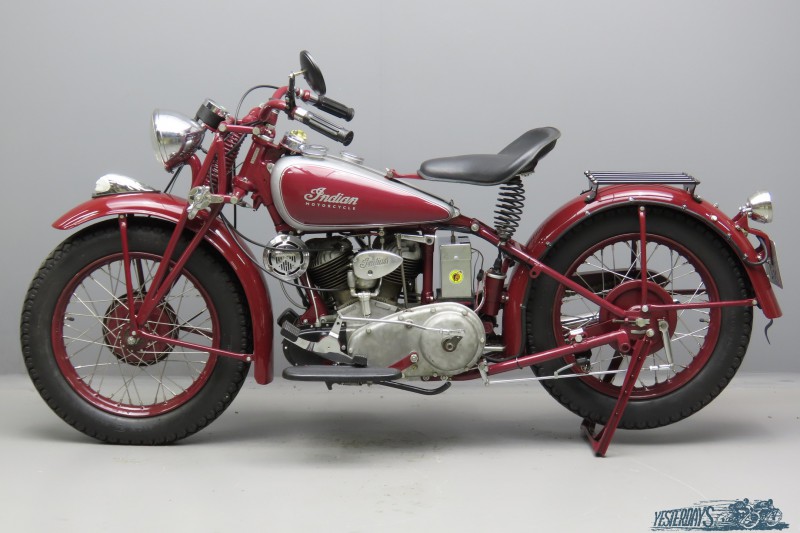 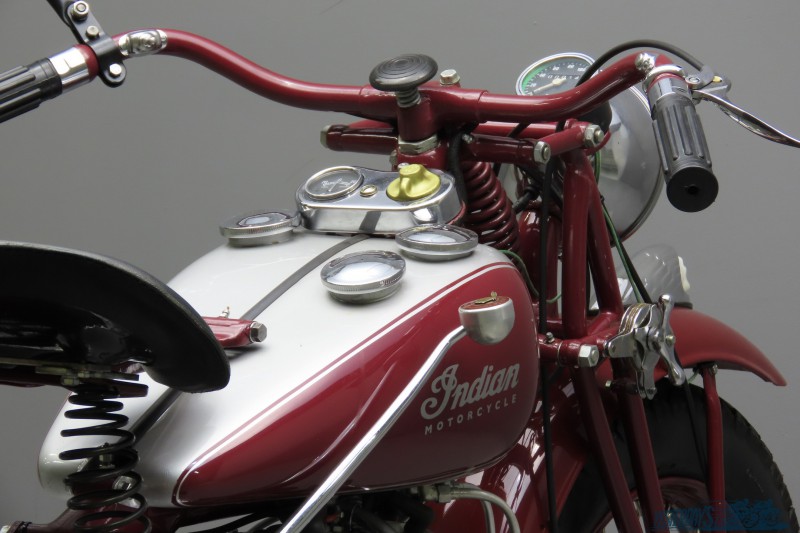 As World War II loomed, the United States military set about drawing up specifications for a useful, universal motorcycle, and put its construction out for bid. Indian tried to compete by offering several machines based on production bikes, but initially without much success: there’s little doubt that the US Military preferred Harley-Davidson’s 750cc WLA to any other make or model of motorcycle in the WW II era.
The sales success came when Indian offered the 741B based on the civilian Junior Scout model.
To cope with the low-octane gasoline often found in war zones, the engine was detuned by lowering the compression ratio, changing the valve timing and restricting the breathing capability.
A huge canister-style air filter was used to keep the incoming air clean.
Longer front forks increased ground clearance and provided a location for a gun scabbard and ammo box.
The mudguards were simple flat blades, mounted with enough wheel clearance to prevent packed mud from halting forward progress.
Leather saddlebags were hung from a heavy-duty rear carrier, with capacity on top for even more kit.
A perforated shield was fitted to the engine’s right side to cut down on radio interference from the ignition system.
The little twin proved to be very durable and reliable and ultimately some 35,000 were produced in a three year production span, mainly for the Allies.
Engine performance is about 15hp @ 4,800rpm. Ignition is by battery and coil, (the B in the model designation points to battery /coil ignition) weight is 450 lb, top speed 65 mph.
Transmission is 3 speed hand change, tyres 3.50 x 18.
After the war many thousands of these sturdy machines became available for civilian use and they were subsequently dressed up in civilian guise.
This road-registered 741 B has been restored not long ago and has only been ridden a few hundred kilometres since.