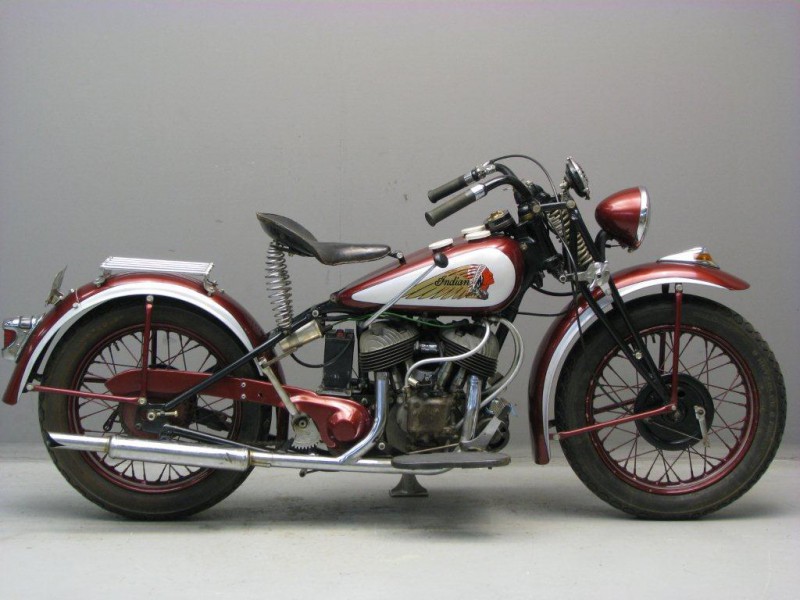 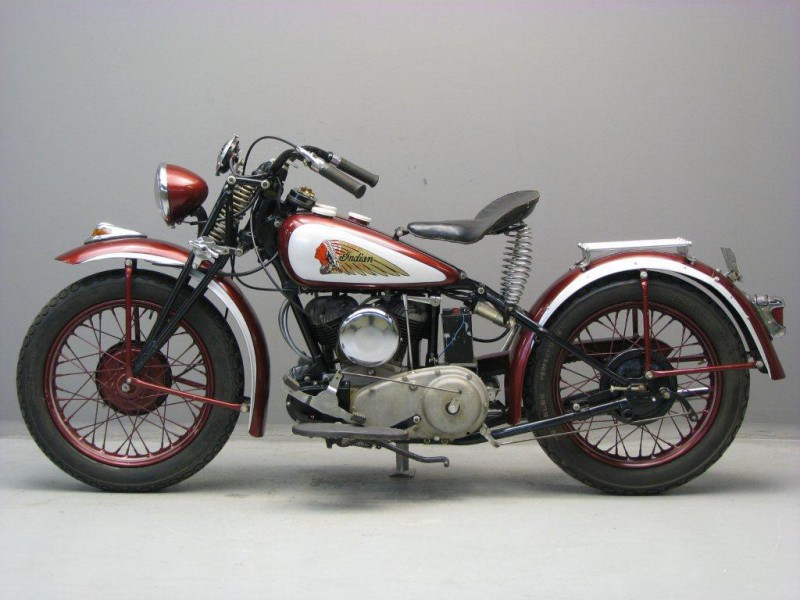 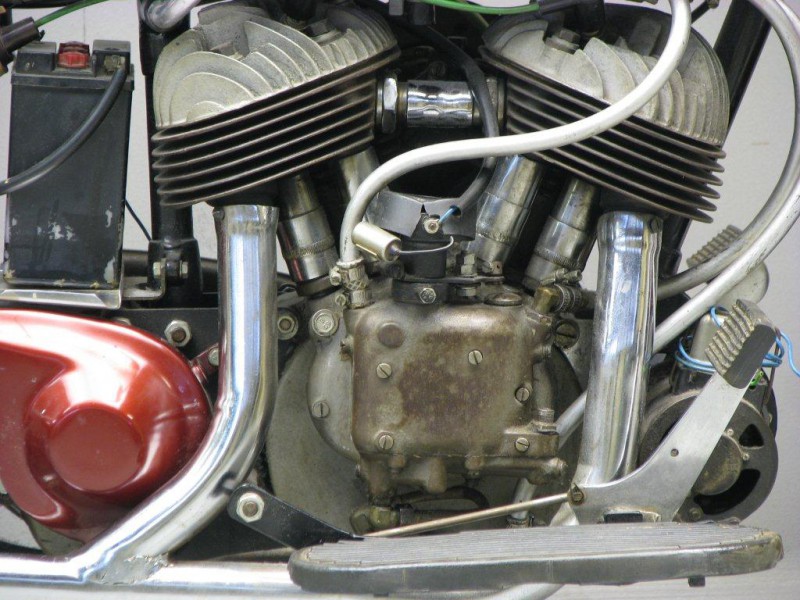 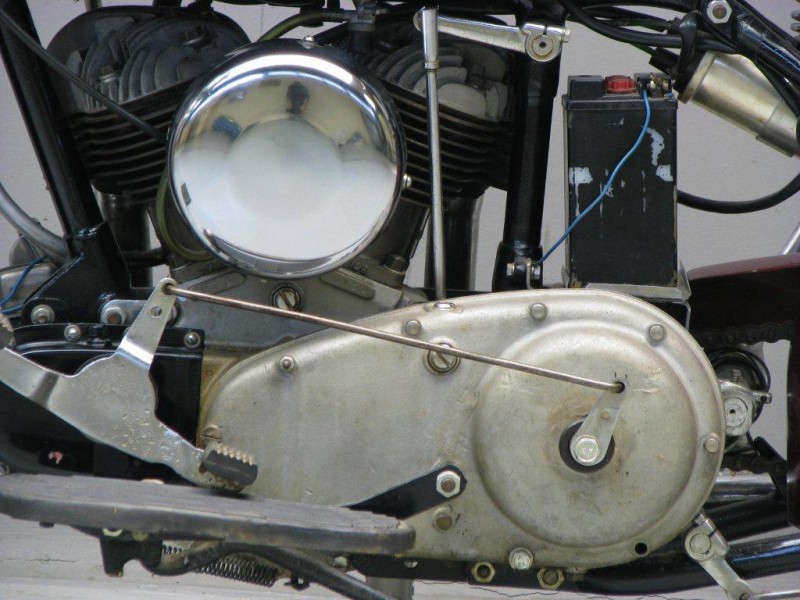 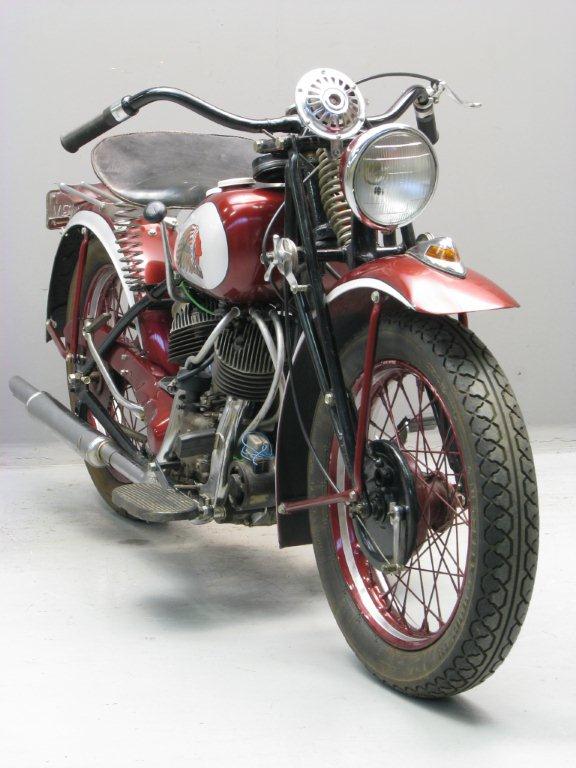 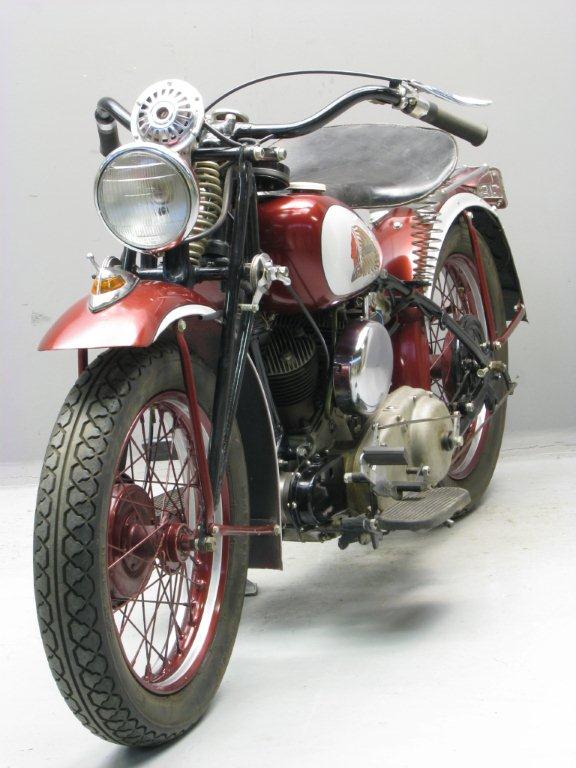 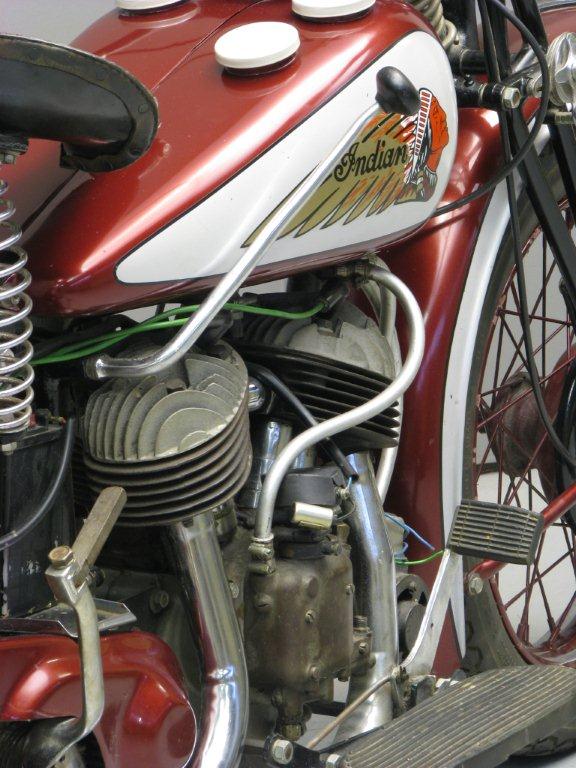 Indian’s primary machine, the 741 was designed in 1939 to be used in the US army and the armies of its allies.
The  741, carried a 30.5-cubic-inch flathead V-twin based on the civilian Thirty-fifty model. Less powerful than Harley’s 45-cubic-inch WLA, the 741 was used mainly by couriers and scouts, as what it lacked in performance it made up for in durability.
A hand-shifted three-speed transmission and foot-operated clutch were fitted, both being normal practice for the day.
It must have been confusing for a rider to go from an Indian to a Harley, however, because the Indian’s clutch was engaged when the lever was pushed down with the heel, while a Harley’s engaged by pushing down with the toe.
The configuration is much like that of its bigger brother the 750 cc Military Scout ( model 640 B), but the 500 is built lighter as regards to both frame and engine.
There are also many differences in detail.
The production ran for about 6 years till 1944.
In that period no significant changes were made in the 741’s specification; about 35,000 machines were made.
Engine performance is about 15 HP at 4,800 rpm. Ignition is by battery and coil, (the B in the model designation points to battery /coil ignition) weight is 450 lb, top speed 65 mph. Tyres 3.50 x 18.
This Indian was on static display for the last decade, in one of the best known fast food restaurants in the world and depicting the theme “Route 66” thus admired by thousands of visitors.
This Indian 741 appears to be in a good condition. Currently  she is not running, however it should be easy to get her road worthy again after the usual safety checks and the customary re-commissioning.
In the December 2001 issue of the magazine of the Dutch Veteran Motorcycle Club you can find an excellent article (in Dutch!) by Lex van Essen on this interesting model. (info@vmcmotor.com)