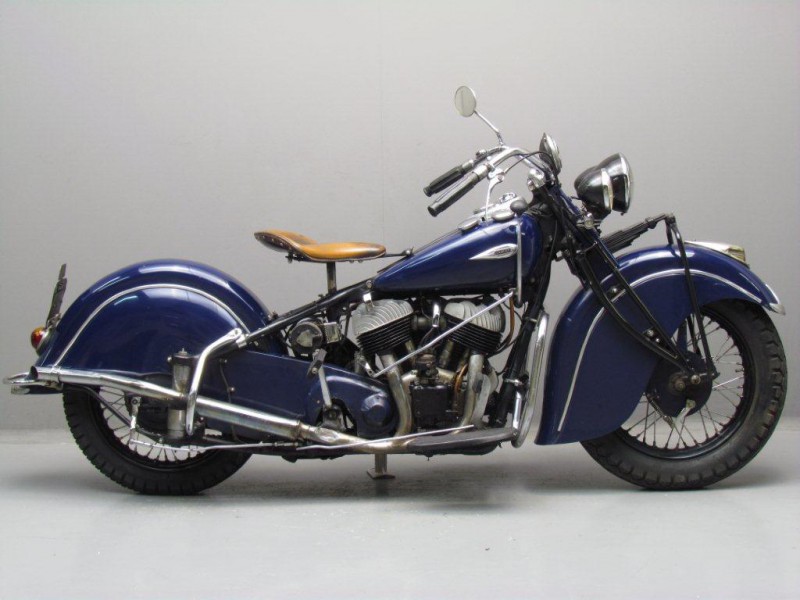 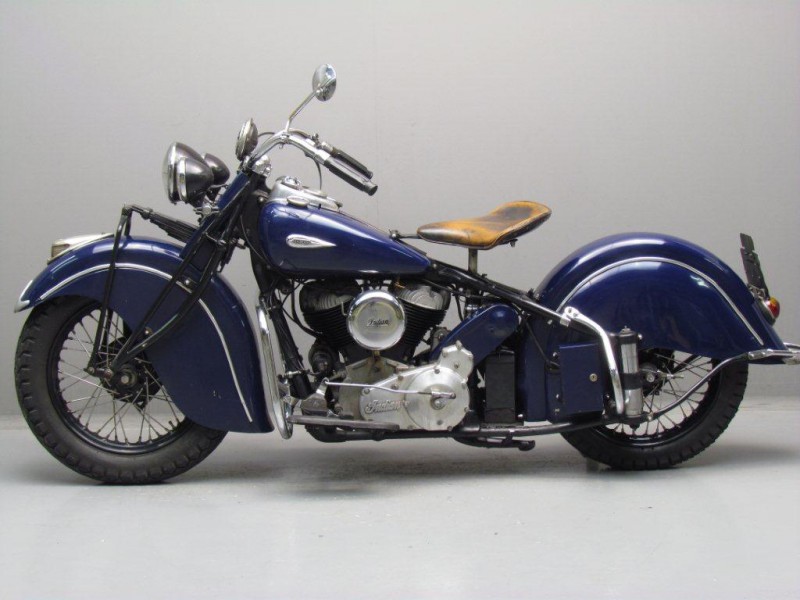 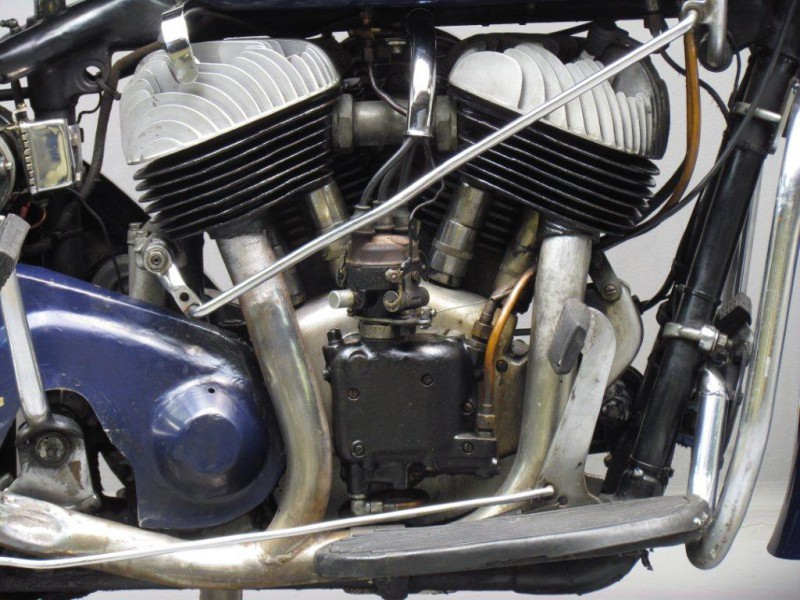 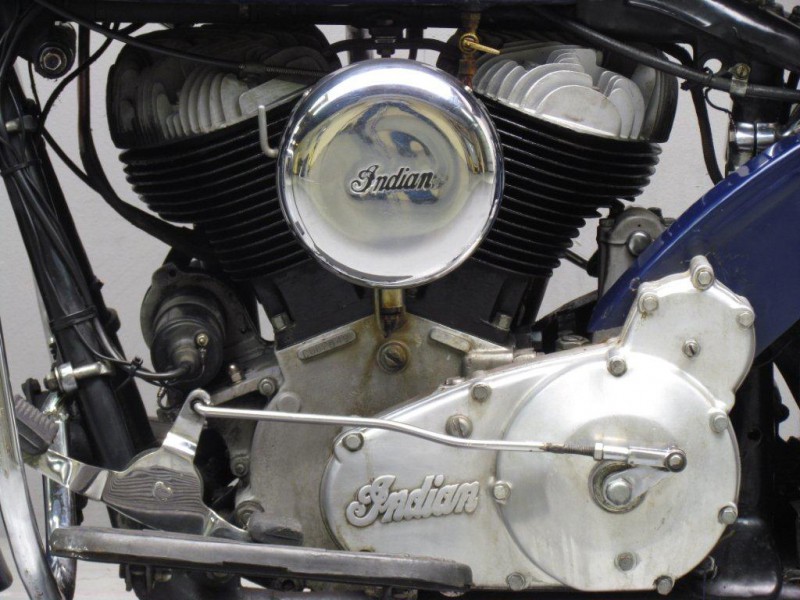 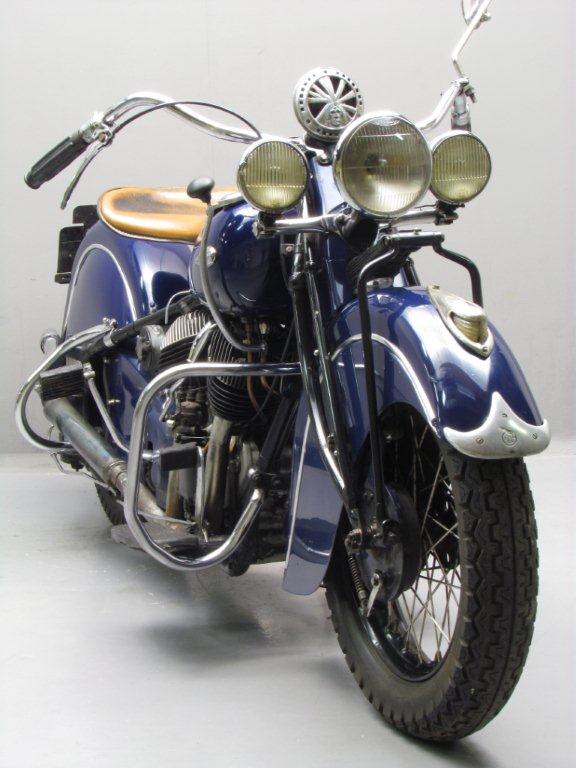 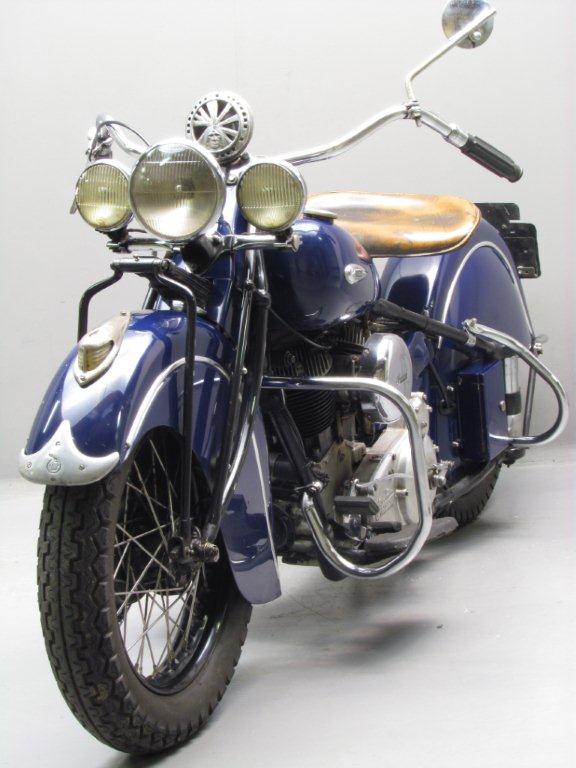 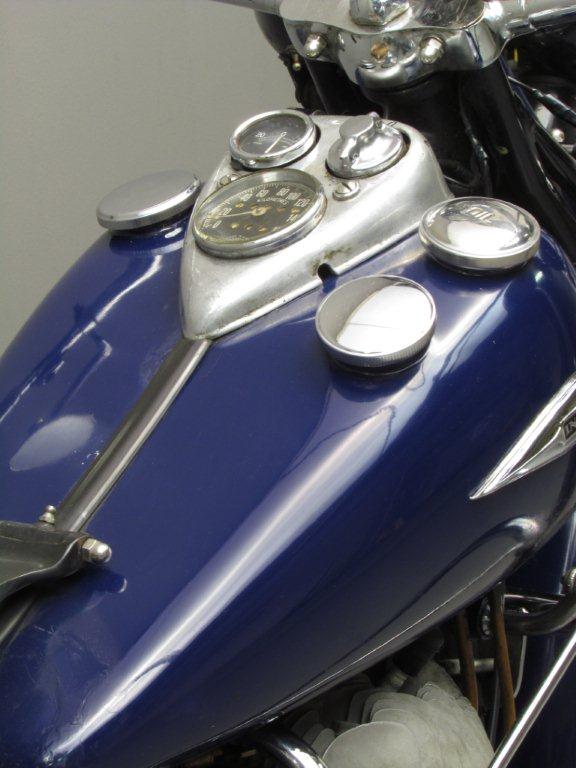 Is there a more iconic shape in American motorcycling than a skirted Indian Chief?
Those big valanced fenders are unmistakable; then as now, they set the bike apart from anything else on the road.
For a style so associated with a brand, it’s surprising that the fenders didn’t make their appearance until 1940, some 39 years after the company’s founding. Indian went all-in on the design, outfitting Scouts, Chief and Fours with the new tinware.
For many, the pre-’46 Chiefs offer the best styling with the skirted fenders and the leaf-spring front forks.
The Indian Chief was the most important and longest running model in the company’s production history.
It was a capable mount and comfortable whether it was simply ridden around town or wandering the roads across America with it`s locomotive-like torque.
The first Chief appeared in 1922 with a 61ci displacement side-valve engine reflecting the earlier Powerplus engine and quickly followed with the Big Chief displacing 74ci in 1923. The company became stuck in the use of this motor until their last days .
One of the outstanding features of this motorcycle is the signature skirted fenders which debuted in 1940 and were carried to Indian’s final days in 1953.
Undoubtedly these fenders and the leaf spring front forks made the Indian one of the most stylish motorcycles ever produced.
The chassis featured Indian’s Spring Cradle Frame which debuted in 1940 and compliant leaf spring front forks.
Indian’s rival, Harley-Davidson, would not receive rear suspension until 1956 on their Big Twins, giving the Iron Redskin a definite edge in comfort.
Standard controls on the Indian included a left-hand throttle, right-hand manual spark advance, and a 3-speed hand shift with a foot rocker clutch (these controls could be reversed at the owner’s discretion).
Indian’s streamlined design hid the speedometer between the gas tank halves and covered the instrument with an elegant cast aluminum cover.
This 1944 example is an older restoration and still very presentable.
The one-tone blue colour is adding to the bike’s striking appearance.
Like the rest of this machine, the 74-cubic-inch (1200cc) V-Twin motor is road-ready.
Add some fringed leather saddlebags and hit the road!